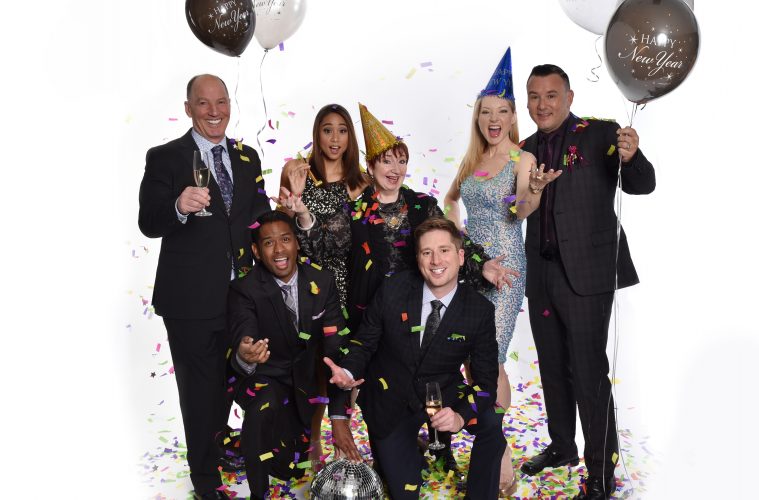 Once the gifts have been opened and the holiday frenzy cools down, we naturally begin to reflect on the year’s past and channel in positive vibes for a fresh year. It’s been a crazy year…and decade! But there’s nothing like a good laugh to usher in 2020, right? Get ready! We can’t wait for the annual NYE special with the brilliant cast of Air Farce, one of the most iconic Canadian comedy troupes in the country. AIR FARCE NEW YEAR’S EVE 2019,  premieres Monday, December 30 at 8 p.m. (8:30 NT) on CBC and the free CBC Gem streaming service.

More info about the special can be found here: www.airfarce.com

We were thrilled to have the opportunity to check in with the incredibly funny and inspiring Jessica Holmes before the premiere of this year’s special! 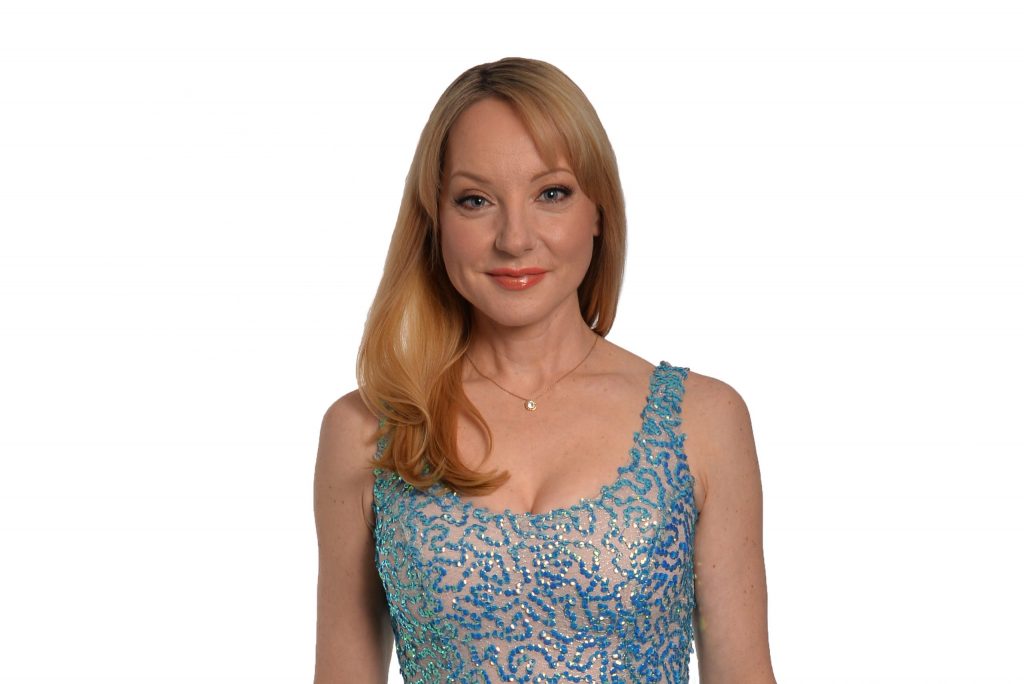 What was your most unforgettable skit of all time?

JH: Playing Michael Jackson, complete with some singing and dancing, was the most unforgettable challenge. I remember being shocked to see my name beside the character and thinking: what?? how?? But it ended up being a fairly believable impression. My other big challenge, as someone who doesn’t consider herself that cool or that coordinated, was playing Emma Stone in a parody of La La Land called f. The choreographer had to learn a whole new level of patience with me. Our hair and makeup team outdid themselves and the video looks incredible.

The special has included guest appearances, anyone surprisingly funny over the years?

JH: When Barenaked Ladies frontman Ed Robertson came on, between takes he’d pick up his guitar and sing to the audience. My daughter (who was 8 at the time) happened to be in the audience and he sat on her lap for a song. It was priceless. She still remembers it. Tommy Chong might have been our most popular guest with all the cast and crew geeking out to hang on his every word. He’s a great comedian and ended up improvising some of his own dialogue.

The world must have provided the writers with so many ideas this year, was there a particular storyline that, hands-down, had to make this year’s show?

JH: The writers cast me as Greta Thunberg, and the day after we shot the sketch, she became an even bigger story by making the cover of Time Magazine. What I’m really looking forward to watching is Craig as Boris Johnson. He captures that man’s bonkers energy.

You’ve had a lot of amazing characters to portray in the past, who has been your favourite?

JH: Celine Dion has always been my favourite. I think it’s because deep down I would genuinely love to have her talent. She’s the most incredible ballad singer in the world and when I’m playing her, I get to feel that pride for two minutes. Such a high!!

Some research is done on some of the celebrities portrayed. Anything you’ve learned about Taylor Swift that you found interesting?

JH: I was amazed that she’s so political. She voices her opinion on women’s issues and politics even at risk to her career. I look forward to seeing where she’s at in twenty years. I’m sure she’ll still be influencing people in a positive way – in music or otherwise.

You’re at a New Year’s Eve party with the cast of Air Farce, who would be the first person to break their New Year’s Resolution?

JH: Oh I can’t throw my castmates under the bus! But I will say Luba would outlast us all at any party… Seriously.

JH: I am really hoping to get a divorce from my phone. I feel I need to check it every five minutes, even on vacation. So my resolution, and I am only making the one, is to be more present in my life and less interested in the screen.

What projects do you have coming up in 2020?

JH: I’m on a new CBC Gem series The Communist’s Daughter (I’m the communist daughter’s mother). I’ll also be hosting one of the Winnipeg Comedy Festival specials on CBC. For the last few years, I’ve been touring Canada with a presentation called Depression The Comedy (based on my book), where I mix humour and help people understand mental health better. It’s been really well received and I’m so grateful to turn my personal experience into something that helps reduce the stigma of depression.

Jessica started her comedy journey on a dare. After returning from an 18-month mission in Venezuela, she and her friends dared each other to try stand-up. She was hooked and has since worked with Second City, performed at Just For Laughs, and landed her first gig on TV on Little Big Kid on YTV.  She was also hired by Salter Street Films to write and perform celebrity impressions in the entertainment parody, The Itch. Jessica then had her own one-woman TV special Comedy Now! Holmes Alone, which was nominated for a Gemini Award. That special was the inspiration for her popular sketch series The Holmes Show, a Carol Burnett- style series with a variety of characters & impressions. She became known for her oddball personifications of Celine Dion, Liza Minelli, and Geri Halliwell. Shortly after, Jessica joined the cast of AIR FARCE. And the list goes on!

As a stand up comic, Jessica has opened for comedians such as Jerry Seinfeld, Russell Peters and Ellen DeGeneres, as well as hosted events for visionaries such as Deepak Chopra, Tony Robbins, and Oprah Winfrey.

Jessica is also a successful author and motivational speaker. She wrote her first book, I Love Your Laugh: Finding the Light in my Screwball Life, in 2010. After overcoming postpartum depression, she became passionate about mental health. Her proudest career achievement to date has been developing a comedic keynote about depression and hopes to continue her work reducing the stigma of mental illness. This year she toured Canada promoting her second book Depression The Comedy: A Tale Of Perseverance, and she is developing a live solo show around it. She also joined the Bell Let’s Talk Team as one of their Celebrity Ambassadors, helping to reduce the stigma of mental illness.

What began as a topical sketch comedy troupe in 1970 morphed into the ROYAL CANADIAN AIR FARCE, skewering Canadian politics, current affairs and pop culture in 1973, with founding members Don Ferguson, Luba Goy, the late Roger Abbott, John Morgan and Dave Broadfoot. The troupe grew into a successful franchise. A CBC radio series ran for 24 seasons, from 1973-97, spawning national concert tours, live stage productions, home audio and video releases, a book, and several television specials. A weekly CBC television series ran for 16 successful seasons, from 1993-2008. The annual New Year’s Eve special launched in 1992 and has been a ratings hit throughout its run. AIR FARCE has received numerous awards and accolades. They won a JUNO Award for Best Comedy Album in 1979. They were the first Canadian inductees into the International Humour Hall of Fame in 1992. They received the Governor General’s Performing Arts Award in 1998. In 2000, they received a star on Canada’s Walk of Fame and at the Gemini Awards that year, won both the Earle Grey Award for their body of work in Canadian television and the viewer-voted People’s Choice Award for favourite television program. In 2001, the troupe was inducted into the Canadian Comedy Hall of Fame.