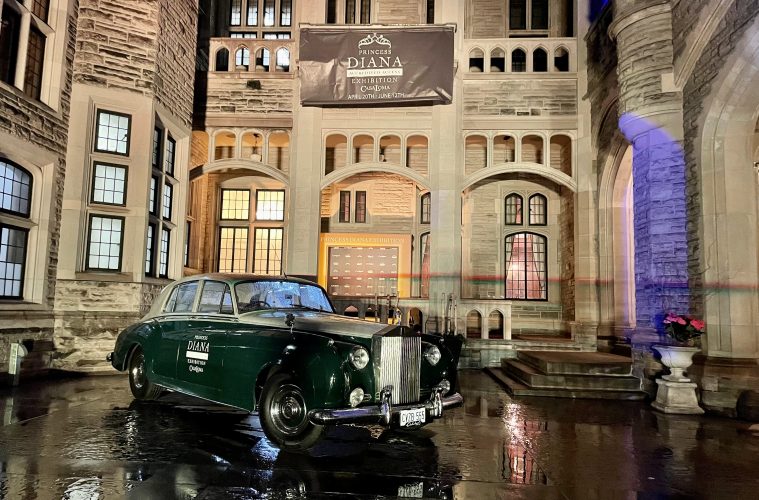 Royal fans, and particularly ones of Princess Diana, will be interested in this incredible new photo and art exhibition. After recently showing in Los Angeles and Chicago, Princess Diana: Accredited Access is making it’s Canadian debut. Toronto’s iconic Casa Loma proves to be the most fitting venue imaginable. It includes over 100 of the most iconic photographs of the “people’s princess” — and the stories behind them.

The work of world famous Royal Photographers, Anwar Hussein and his two sons Samir and Zak, make up the collection.

Royal fans will reminisce over the their original images with “Oh, I remember that!”. Although, what makes this exhibition unique is the photographers’ personal, exclusive and never-been-told stories behind them. Their unique and trusted relationship as official Royal Photographers offered everlasting memories for the Royal Family and world. 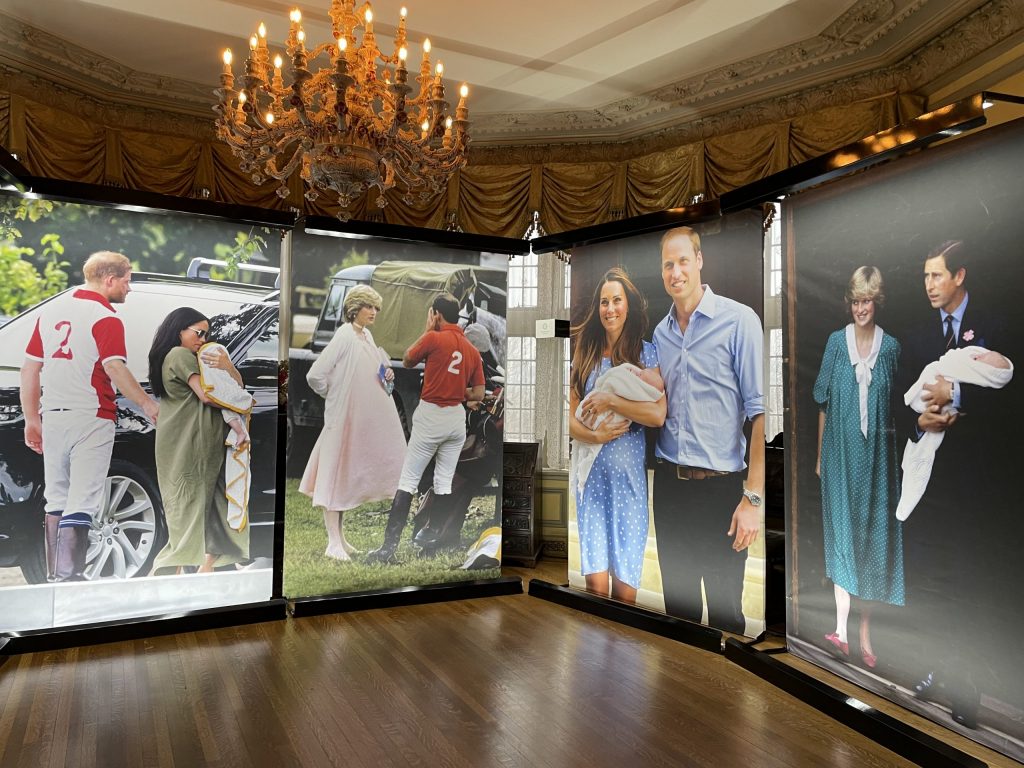 “The relationship a Royal Photographer has with the Royal Family is a symbiotic one. We share a special bond as we capture and immortalize historic and tender moments for them to look back on” said Samir Hussein in his commentary about the exhibition.

In the 1960s, Tanzanian-born Anwar Hussein became an official Royal Photographer. He had spent years photographing Rock n’ Roll greats. John Lennon and Yoko Ono, The Who, Bob Marley, The Bee Gees, and The Sex Pistols, to name a few. He was also called upon for various Hollywood films photoshoots including the Bond movies and stars like Steve McQueen.

He is considered one of the longest standing Royal photographers to date. He described his photojournalistic style as natural and free-form. One of the most sought after photographers of his time and sons, Samir and Zak, followed in their father’s footsteps. They continue the legacy of bringing unforgettable images of the new Royal generations to the forefront. Many of those images are also celebrated and featured in this exhibition. 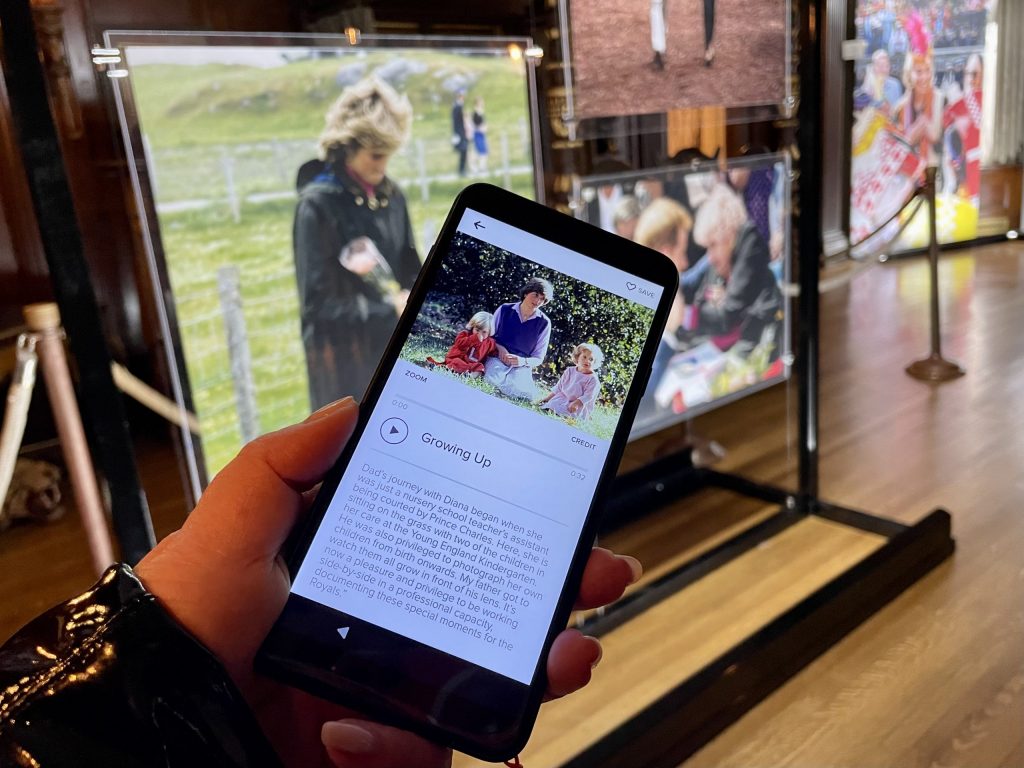 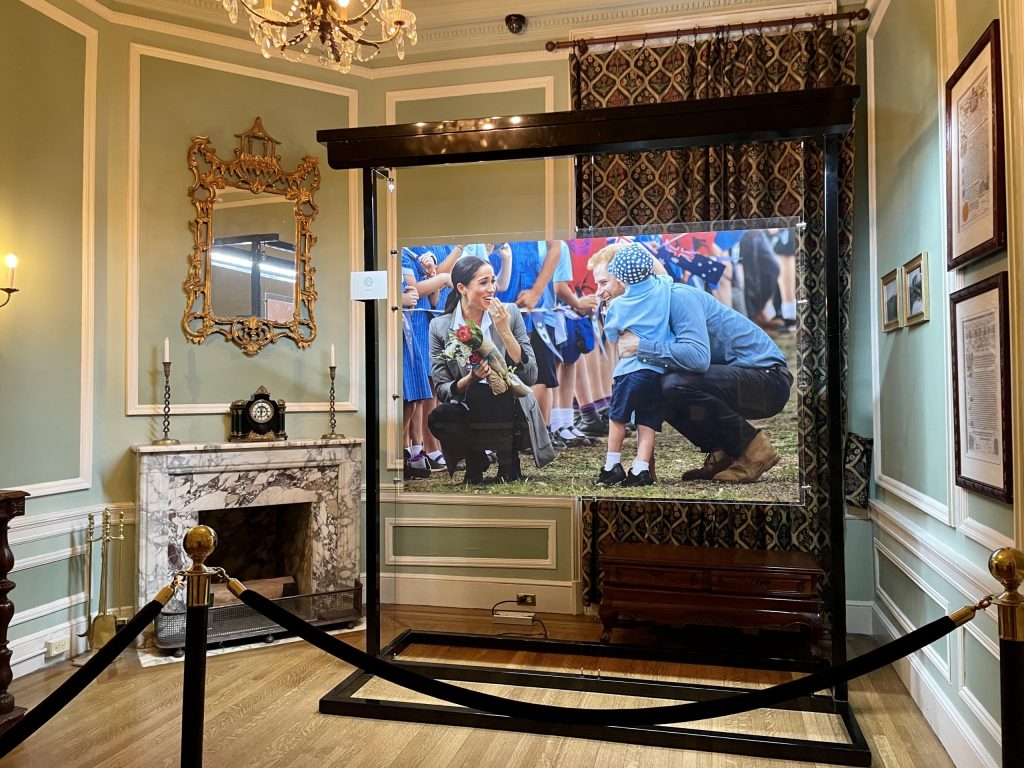 The images are displayed throughout the upper levels of historical castle.

Actually, the location is a treat in itself, if you’ve never had the opportunity to explore before! Visitors of the exhibition are invited to wander through the hallways and private rooms of the estate. Intact with gilded age furniture, artifacts and original art collections, it serves as the perfect backdrop for this regal showcase.

As visitors explore the exhibition, self-guided audio commentary is offered in personal hand-held devices. Here is where you can listen to the Husseins share 50 of their personal and untold stories behind the most cherished images. From behind the scenes at the Taj Mahal to the slopes of Switzerland. Don’t forget that unforgettable “Revenge Dress” ; we are offered more than what meets the eye. 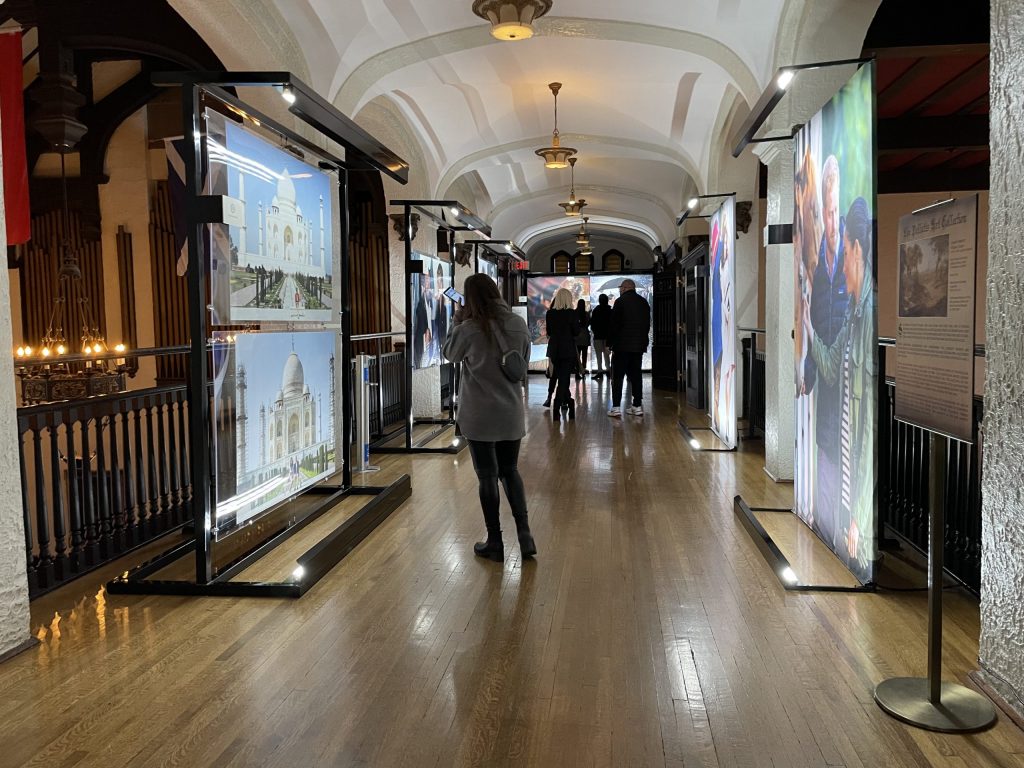 What made Princess Diana a popular subject for the photographers and the public?

It was her openness to share her true personality, establishing a trusted relationship on both sides of the lens. In the section “When Nobody’s Watching” we see how the photographers were able to capture the subjects instantaneously. We see them in the moment, and in their most vulnerable and relatable times.  These are the scenes that offer viewers a very personal look at royal life and some of the most unforgettable images.

One of the Anwar Hussein’s images is of a pregnant Diana in a pastel blue dress leaning against an Aston Martin. We are, again, reminded us of how young she really was. “We often forget just how young Diana was when she began her Royal journey. At 19 years old, she was dating and engaged to the Crown Prince. Within a month of turning 20, she would be married and be known as Her Royal Highness The Princess of Wales. By the age of 21, she was expecting Prince William, who would join the line of succession to the British throne as the next Crown Prince.” Then, by age 23 she had Harry.

The exhibition is viewed within six different themed sections:

The Photography Dark Room, Growing, Glam, Crowning Glory, Humanitarian, and Unguarded. There are a few art installations as well. There’s a room dedicated to several of the most iconic millinery fashion statements adorned by the Royals women. Paper sculpture/multi-media artist, Pauline Loctin, offers insight into her favourite pieces and how each inspired her works created for this exhibition. 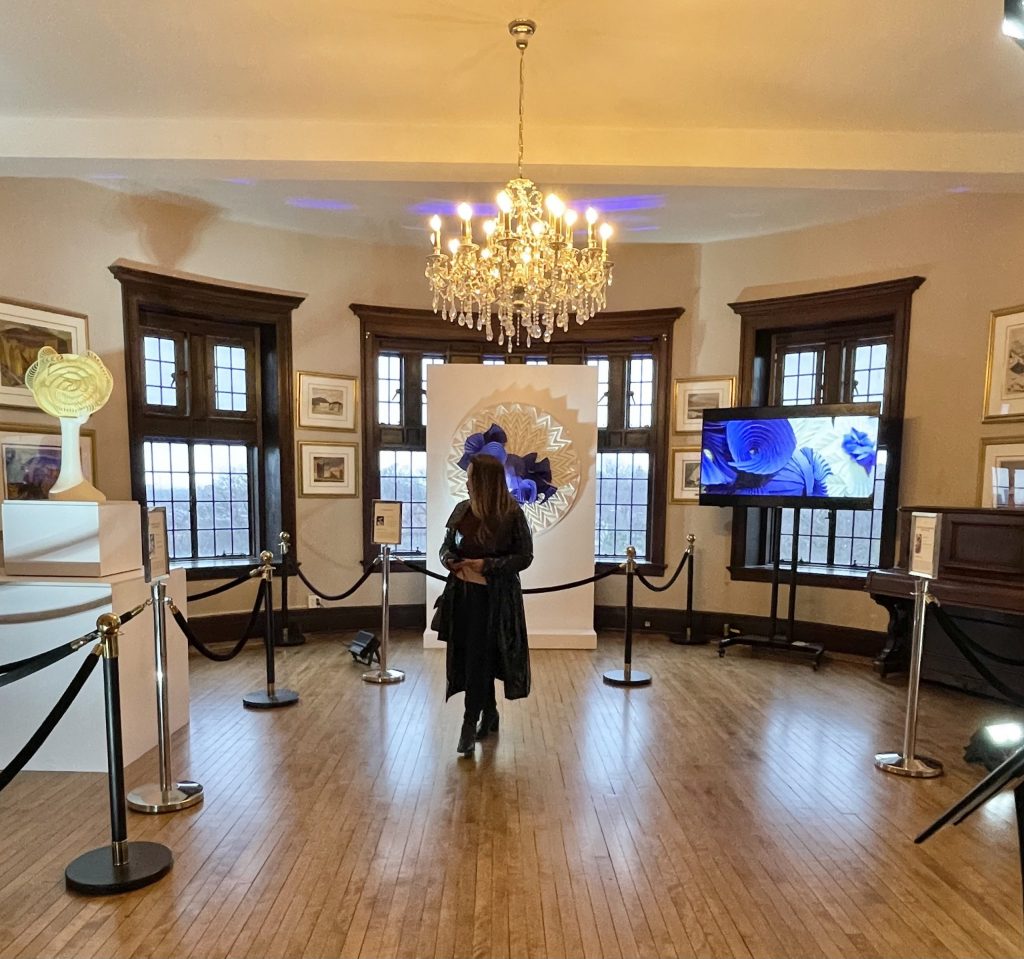 Princess Diana: Accredited Access celebrates the life and her emotional path as she changed the way how the public viewed the monarchy. She helped modernized motherhood, influenced the world in so many way. Yes, in fashion and style but she also raised awareness for important humanitarian efforts.

Princess Diana: Accredited Access at Casa Loma, Toronto is now open to the public from April 20 to June 12 from 5:00 pm to 9:30 pm (last admission).

Tickets are $30 Sunday-Thursday and $35 Friday-Saturday (per person)