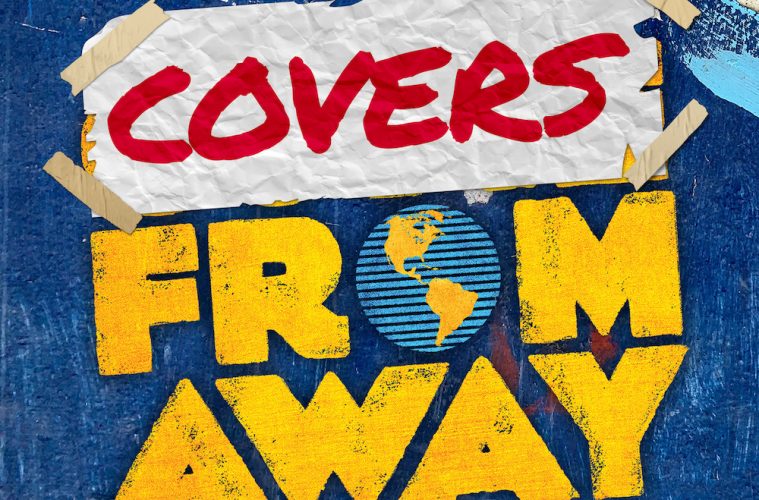 A new folk album, COVERS FROM AWAY, featuring songs from the hit Tony and Olivier Award-Winning musical Come From Away by Irene Sankoff and David Hein, reinterpreted by the Newfoundland and Labrador bands and artists who originally inspired the sound of the musical has just been released!

The musical Come From Away tells the remarkable true story of 7,000 stranded passengers and the small town in Newfoundland that welcomed them. Cultures clashed and nerves ran high, but uneasiness turned into trust, music soared into the night, and gratitude grew into enduring friendships. On September 11, 2001, the world stopped. On September 12, their stories moved us all.

The musical opened to critical acclaim on March 12, 2017, at Broadway’s Gerald Schoenfeld Theatre, where the show continued to play to standing-room-only audiences until it was forced to shut down due to the COVID-19 pandemic on March 12, 2020, the evening of its third anniversary on Broadway. On Tuesday, September 21, 2021, Come From Away will return to Broadway to play its 1,251st performance.

The album was recorded in summer 2021 in various locations throughout Newfoundland, Canada, and was produced by Irene Sankoff and David Hein, the writers of the musical’s book, music and lyrics, along with Ian Eisendrath, Bob Hallett and Sean Patrick Flahaven. Two songs from the album, “Welcome To The Rock” (performed by The Navigators) and “Screech Out” (performed by The Dardanelles), can both be heard in the end credits of the Apple original film Come From Away, now streaming globally on Apple TV+.

“This project was such a gift for us,” said David Hein. “To have our music interpreted by these amazing bands that we’re such huge fans of is truly an honor! When we first started writing Come From Away, we knew we wanted the music to be as authentic as possible, so we listened to every album from all the Newfoundland and Labrador bands that I fell in love with growing up. And now, with this album, we get to share an even more authentic experience, with those same bands putting their unique spin on every song from our show.”

“Come From Away has very few stand-alone songs, so what was most exciting about this project was the opportunity to actually collaborate with these bands by digging into our original or cut lyrics, writing new ones, or pairing songs together to create something completely new,” added Irene Sankoff. “With this album, we hope to bring Newfoundland music to people around the world. I hope people will return the favor by seeking out these artists, and buying their albums and going to their concerts, and even coming to Newfoundland to hear them.”

1. “Welcome To The Rock” – performed by The Navigators

2. “I Am Here” – performed by Rosemary Lawton

3. “Wherever We Are” – performed by The Punters

4. “Heave Away” – performed by Alan Doyle

7. “Lead Us Out Of The Darkness” – performed by Silver Wolf Band

8. “Screech In” – performed by Shanneyganock

9. “Me And The Sky” – performed by Damhnait Doyle

11. “Blankets And Bedding” – performed by The Irish Descendants

12. “Somewhere In The Middle Of Nowhere” – performed by Sherman Downey

13. “Screech Out” – performed by The Dardanelles

14. “Themes From Come From Away” – performed by Ofra Harnoy, Mike Herriott and Bob Hallett

The album was released by Craft Recordings and Concord Theatricals. Link HERE to stream or download the album.