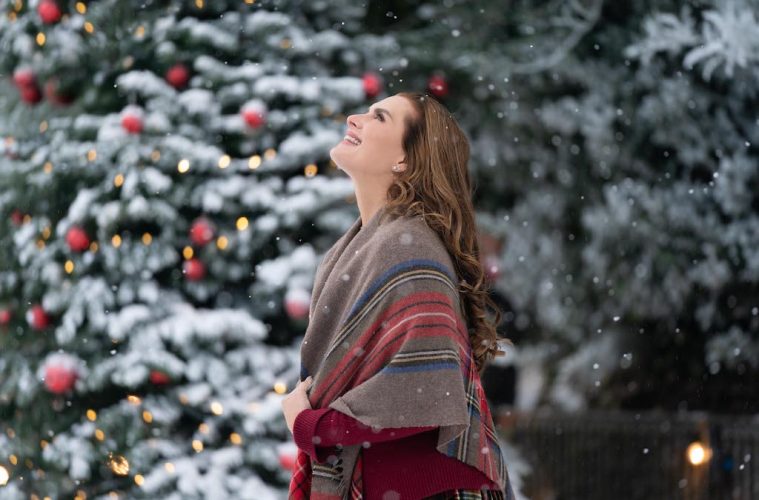 If you’re looking for your holiday “fix”, Netflix has unveiled a roster that will sure to satisfy all your festive cravings. This season you’ll find 26 new holiday additions, including 11 Festive Films, and 5 series. Of course the favourites are still there including Mariah Carey’s All I Want For Christmas is You special!

David and the Elves / Dawid i elfy (December 6): Christmas is drawing near, but it’s not a happy time for David. After moving to a big city, his parents have been bogged down with work and forgotten the meaning of Christmas. David decides to change that. Together with Albert the Elf, who escaped from the land of Santa to figure out what Christmas is all about, David sets off to Tatra Mountains, where his grandparents live, on a journey full of adventures. They are followed by David’s parents and Santa, who completely doesn’t get the modern world.

StarBeam: Beaming in the New Year (December 14) (kids & family): When all of StarBeam’s greatest enemies team up on New Year’s Eve, Zoey trains her cousin Zane to be the next super hero in the family.

A California Christmas: City Lights (December 16): It’s been a year since Callie and Joseph fell in love, and they’re happier than ever running their dairy farm and winery, until business and family obligations call him back to the city — and threaten to derail their romance. 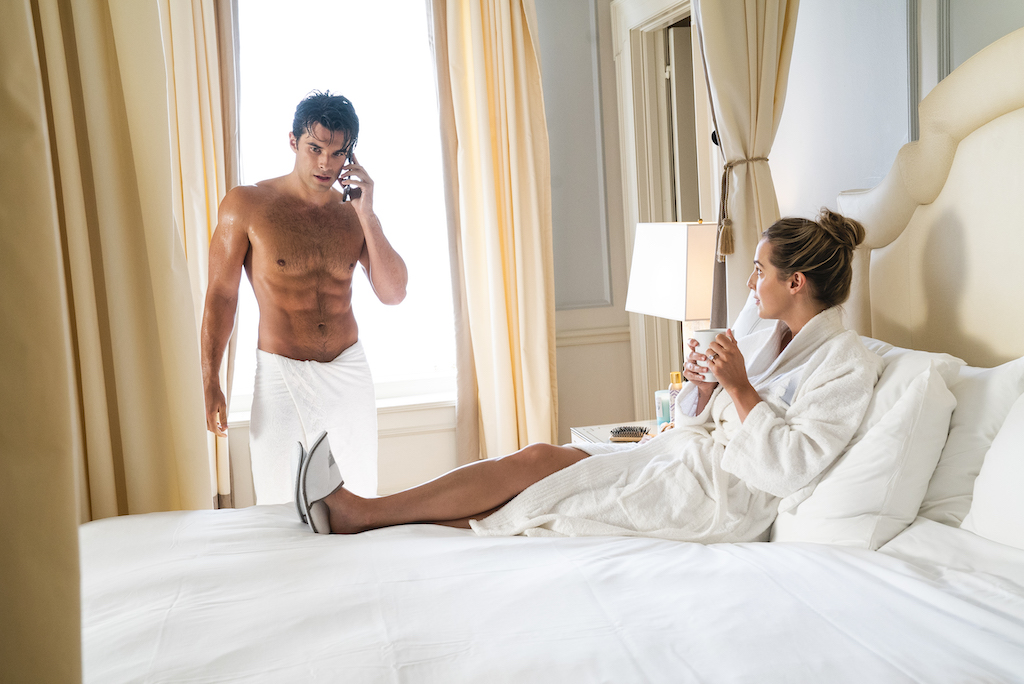 Grumpy Christmas (December 21) In this sequel to the 2016 comedy hit Un Padre No Tan Padre, Don Servando and his “extended hippie family” travel to the beach to spend Christmas with Alma’s aunt, Doña Alicia, a demanding older woman who becomes Don Servando’s ultimate nemesis. When his position in the family is challenged, Don Servando will stop at nothing to prove that Alicia is a horrible person who only looks out for herself… even if it means ruining Christmas for everyone.

1000 Miles from Christmas (December 24): A comedy that tells the story of Raúl (Tamar Novas), a thirty-something who has suffered all the misfortunes of his life during Christmas time. This is the reason why he really hates Christmas Carols, the Three Wise Men and everything that remotely smells of Christmas spirit. Every year he spends Christmas time on a far-away beach… but this year his boss has different plans for him: Raúl must attend a business trip to audit a “Turrones de Valverde” factory, the most typical Christmas sweet in a town that lives for and loves Christmas. And if this was not enough for Raúl, he will have to share accommodation with local teacher Paula, whose dream is beating the world record of the largest real live nativity scene ever created. Will this Madrilian Grinch be able to overcome his worst nightmare? 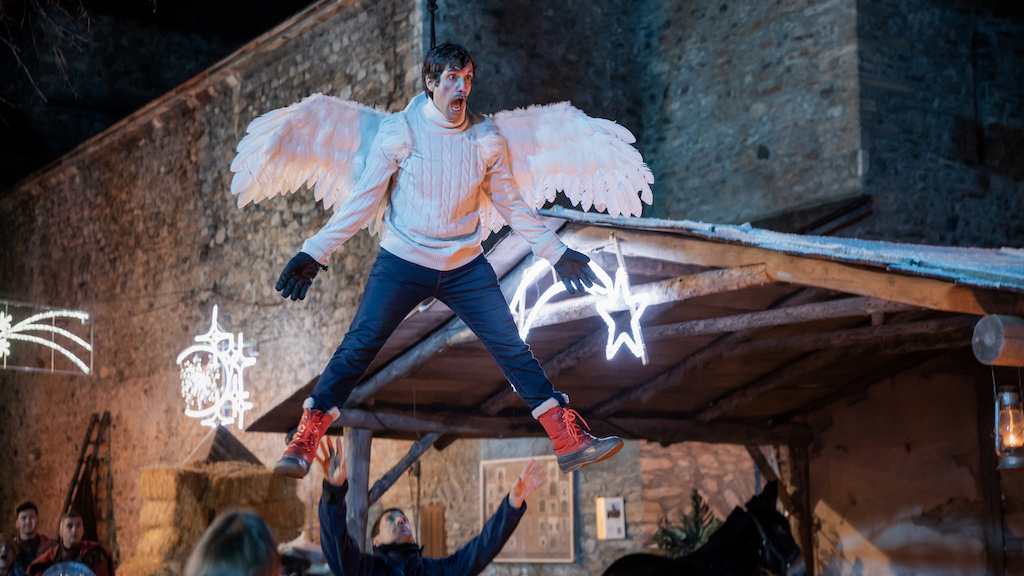 Single All The Way: Desperate to avoid his family’s judgment about his perpetual single status, Peter (Michael Urie) convinces his best friend Nick (Philemon Chambers) to join him for the holidays and pretend that they’re now in a relationship. But when Peter’s mother (Kathy Najimy) sets him up on a blind date with her handsome trainer James (Luke Macfarlane)— the plan goes awry. 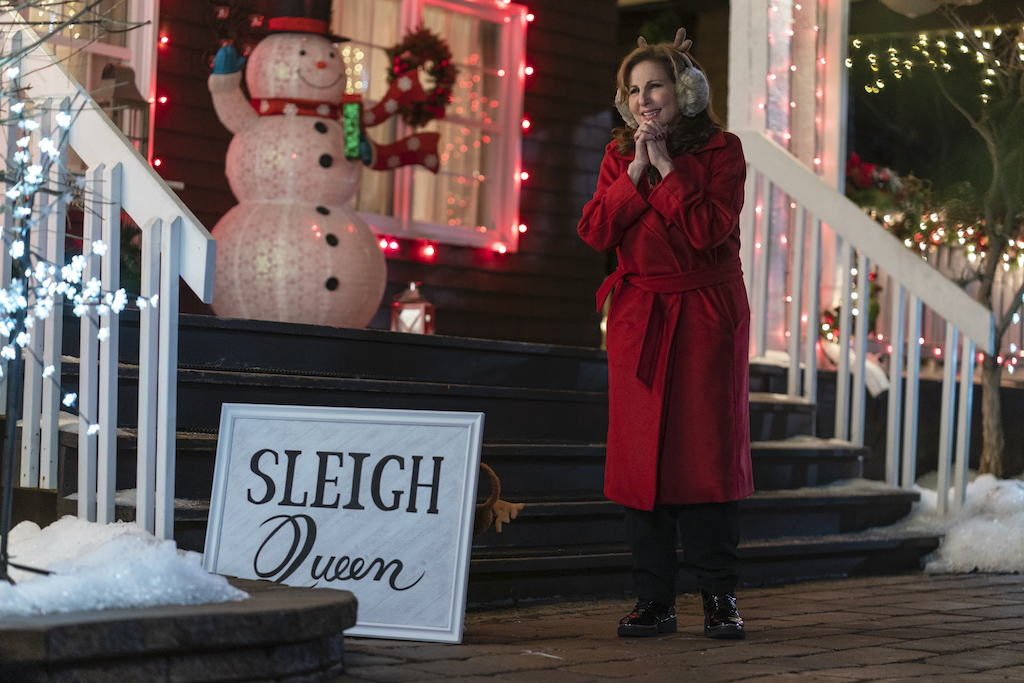 The Clause Family: When his grandfather suddenly falls ill, holiday-hating Jules learns of his family’s magical legacy and realizes he’s the only hope to save Christmas.

Love Hard: Hopeless romantic but eternally single LA journalist Natalie (Nina Dobrev) thinks things are beginning to look up when she swipes right on a dreamy guy from the East Coast, Tag (Darren Barnet). Taking a leap of faith she jumps on a flight to surprise her crush for the holidays, only to discover that she’s been catfished by Tag’s childhood friend who is equally unlucky in love, Josh (Jimmy O. Yang). This lighthearted romantic comedy chronicles her attempt to reel in love. LOVE HARD also stars James Saito, Harry Shum Jr., Mikaela Hoover and Heather McMahan. 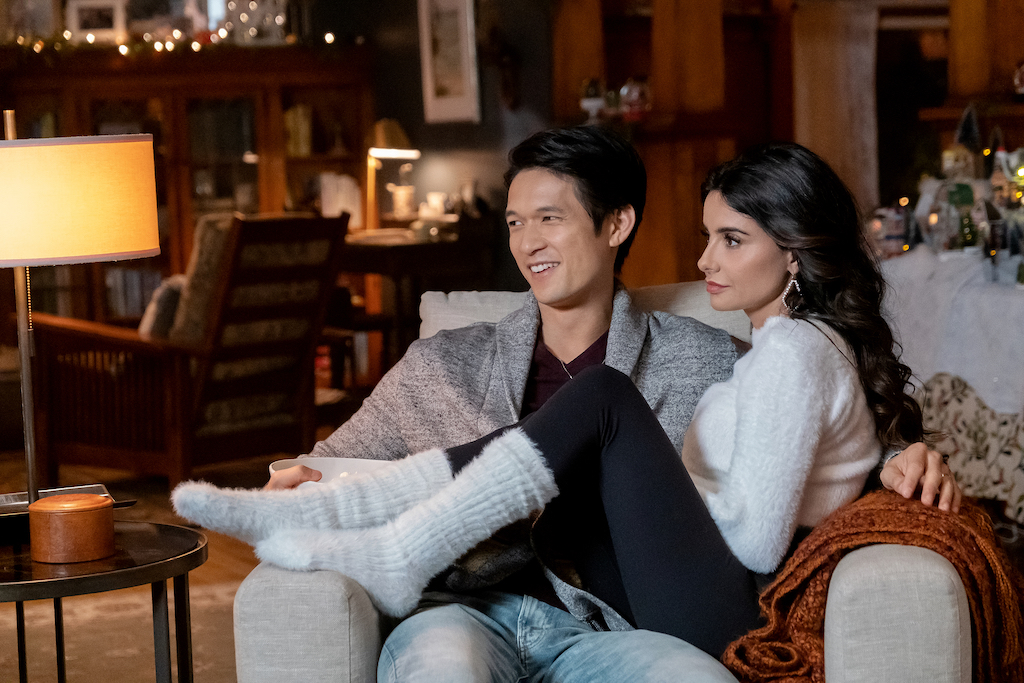 Father Christmas is Back: Four feuding sisters get a crash course in family togetherness when their long-lost father shows up for Christmas at their posh ancestral manor.

Christmas Flow (series): An unlikely Christmas romance blossoms between a famous rapper and a tenacious journalist. But can they make it work despite their differences?

The Princess Switch 3: Romancing the Star: When a priceless relic is stolen, Queen Margaret (Vanessa Hudgens) and Princess Stacy (Vanessa Hudgens) enlist the help of Margaret’s audacious look-alike cousin Fiona (Vanessa Hudgens) who teams with a dashing, mysterious man from her past to retrieve it… rekindling the sparks of a tantalizing Christmas romance and resulting in a very unexpected switch. 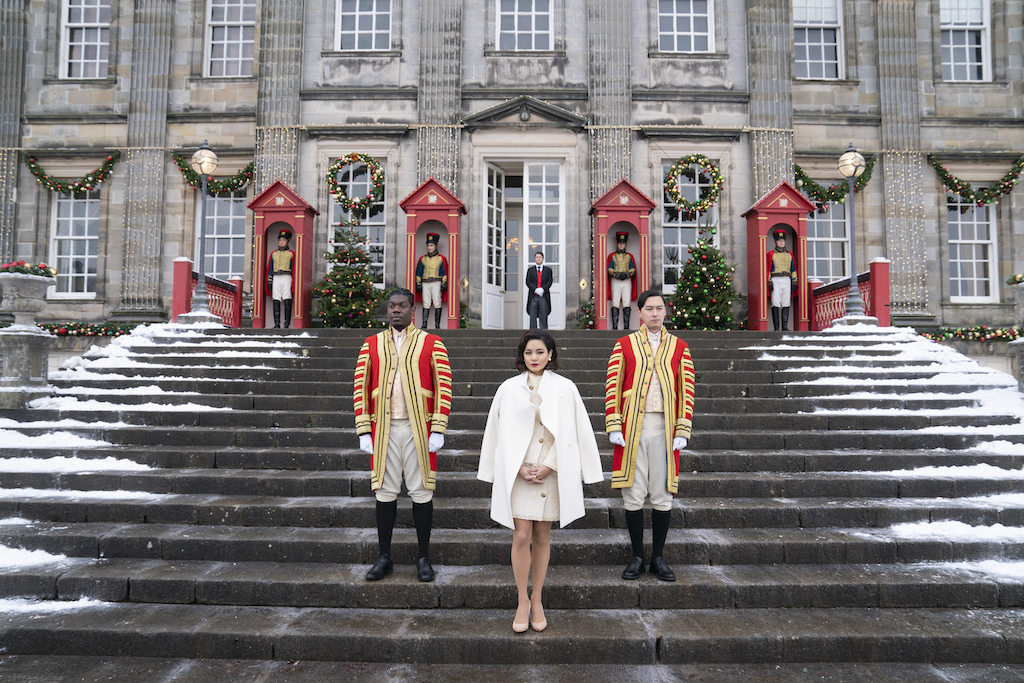 Blown Away: Christmas (series): Blown Away is cranking up the heat for a spectacular holiday showdown! ’Tis the season for redemption as five fan favorites return to the hot shop to compete in a series of Christmas-themed challenges in the quest to become The Best in Holiday Blow. In the spirit of giving, the winner will not only receive a $10,000 cash prize, but an additional $10,000 will also be donated to their charity of choice. (Canada)

Waffles + Mochi’s Holiday Feast (kids & family): Waffles and Mochi are home for the holidays in the Land of Frozen Food when Steve the Mop calls asking about their holiday traditions. Overeager as always, Waffles makes up a holiday – Freezie Day – and says it is all about the food! Steve invites himself — and all their friends from the grocery store – over to celebrate, but Waffles and Mochi have nothing to feed their guests at this impromptu party. Mochi ventures out on MagiCart to gather food for the party while Waffles distracts the guests at home. Hijinks ensue (along with trips to Norway and Hawaii!). In the end, Waffles and Mochi learn that holiday traditions are about much more than food — they’re about being together and making memories with the people you love.

A Boy Called Christmas: An ordinary young boy called Nikolas sets out on an extraordinary adventure into the snowy north in search of his father who is on a quest to discover the fabled village of the elves, Elfhelm. Taking with him a headstrong reindeer called Blitzen and a loyal pet mouse, Nikolas soon meets his destiny in this magical, comic and endearing story that proves nothing is impossible. Adapted from the bestselling book by Matt Haig.

Robin Robin (kids & family): A stop-motion holiday musical special from Aardman. When her egg fortuitously rolls into a rubbish dump, Robin is raised by a loving family of mice. As she grows up, her differences become more apparent. Robin sets off on the heist to end all heists to prove to her family that she can be a really good mouse – but ends up discovering who she really is.

A Castle For Christmas: Famed author, Sophie Brown (Brooke Shields), travels to Scotland hoping to buy a small castle of her own, but the prickly owner, Duke Myles (Cary Elwes), is reluctant to sell to a foreigner.  Working to find a compromise, the pair constantly butt heads, but they just may find something more than they were expecting. 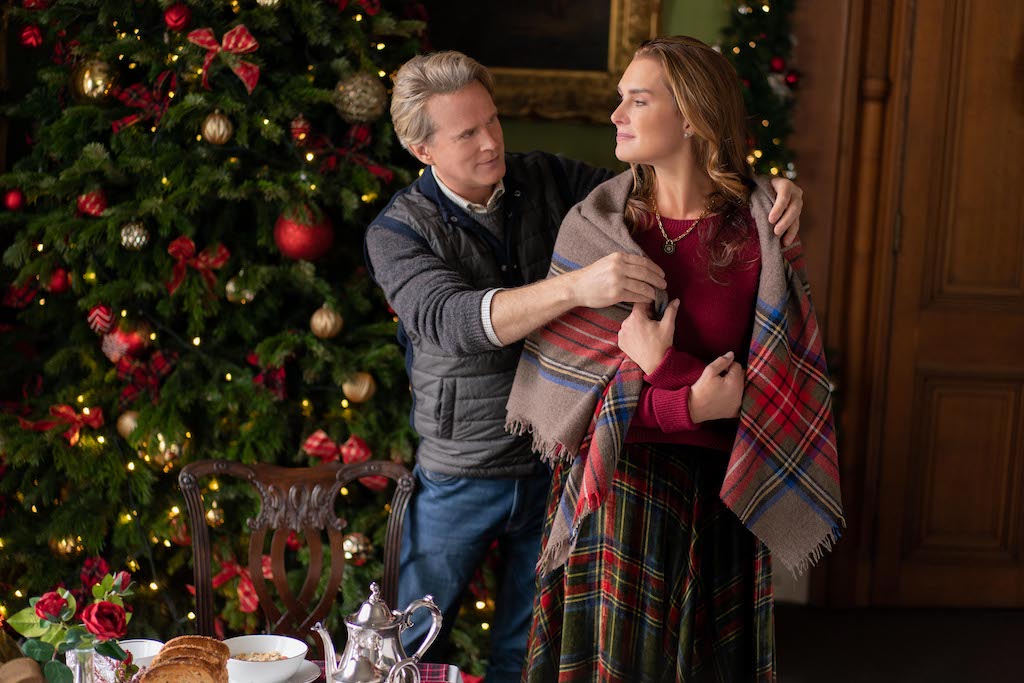 School of Chocolate (series): Eight top pastry and chocolate professionals are coming to School of Chocolate to take their skills and careers to the next level. Their teacher is world-renowned chocolatier, Amaury Guichon, known globally for creating mind-blowing chocolate showpieces and unbelievable pastries. One lucky student who manages to prove themselves ‘Best in Class’ after eight episodes will win a prize package that includes a career-changing opportunity.

Elves (series): Hoping to reconnect over Christmas, a family of four travel to a remote island in the Danish archipelago, only to find it controlled by members of a strongly religious community living in balance with fierce creatures in the woods revealed to be… elves. Real, monstrous beings that inspired the folklore and myths we all know. When the girl in the family finds and brings home a baby elf, she inadvertently disrupts the balance and throws everyone on the island into a life-or-death battle for faith, family and pure survival.

A Naija Christmas: Three sons race to fulfil their mother’s wish to bring home wives for Christmas, while she battles to plan a Christmas celebration she will always be remembered for. 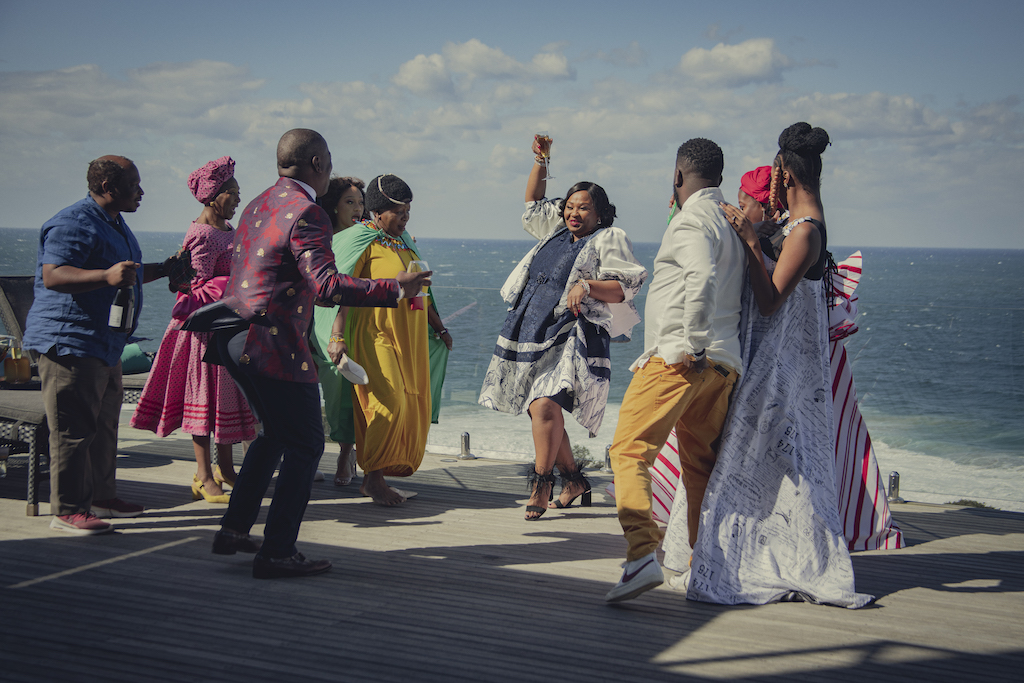 How to Ruin Christmas: Season 2 (series): Looking forward to a quiet Christmas this time around, family rebel and black sheep, Tumi Sello’s plans get ruined, and so does Christmas. Once again, she has to spend the next couple days before Christmas trying to clear hers and the Sello name.