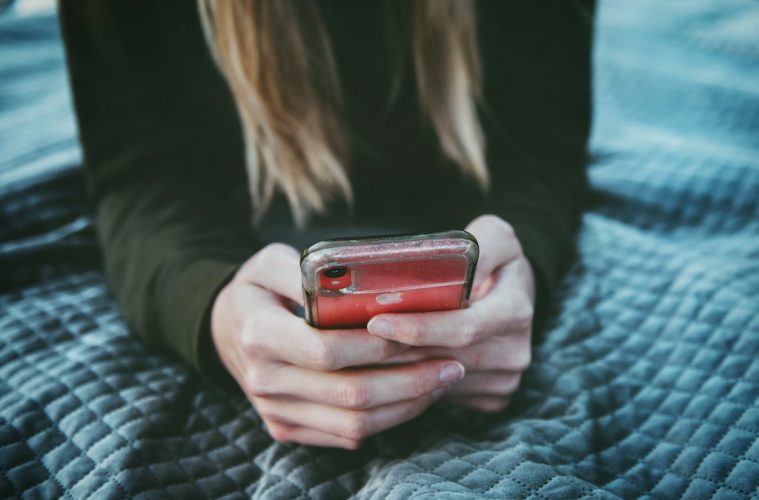 Dating these days can be daunting. Swipes lead to conversation lead to potential in-person coffee dates. What do you all do the break the ice and get to know each other. You can only talk about the weather and your dog so much before conversations fizzle or skyrocket. But here’s a great idea!

Bumble, the first women-first dating and social networking app, and Netflix have teamed up to help members find their next date with their Netflix-themed question game. “Netflix Nights In”. The campaign inspires the well-watched to celebrate the shows they love while building connections over their Netflix knowledge in a new and refreshing way.

Beginning January 30, the Bumble community can put their insider knowledge to the test by playing the game, with their matches around some of Netflix’s biggest shows including Emily in Paris, Stranger Things, Squid Game, Selling Sunset, Love is Blind, Outer Banks and more. The Bumble community can also expect to see some familiar faces in-app and on social, such as Emily in Paris’ Ashley Park, Alexa Lemieux of Love is Blind, and Selling Sunset’s Amanza Smith, as each week’s questions will be introduced by someone from the corresponding show. 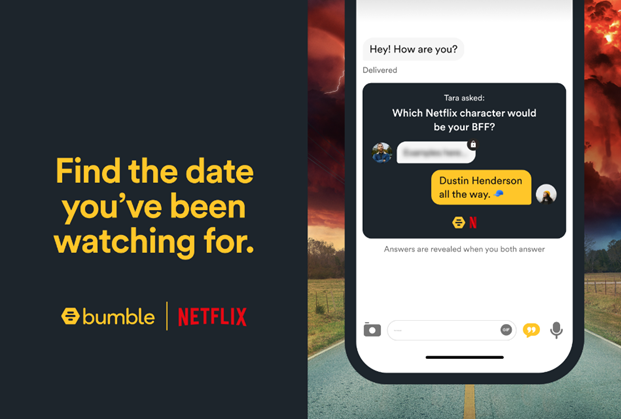 There is a lot of conversation-worthy drama and funny stuff to talk about! According to Netflix, members watch an average of six different genres a month, and a recent Bumble survey found that 53% of Canadian respondents agree that it’s easier to talk to matches or dates if they’ve watched the same movies or TV shows and 56% of Canadians surveyed are more likely to match with someone if they mention a TV show or movie they like on their profile.*

“What we watch says a lot about who we are, and this campaign is an exciting way for our community to connect over Netflix’s breadth of genres and titles. Our recent survey found that 72% of respondents have talked about TV and movies on a date, so we know this category is one our members enjoy discussing on their dating journey,” said Olivia Yu, Bumble’s Global VP of Partnerships. “We look forward to bringing people together to celebrate their Netflix knowledge and help them find the date they’ve been watching for.”

Bumble’s “Netflix Nights In” Question Game requires both people who have matched to answer the question before responses are revealed. Bumble also shared the percentage of good chats is higher when the Question Game is played.

“Netflix Nights In” will be available each Monday in the Bumble app in the US, Canada, and the UK through March 13.

*data is from a recent survey of more than 4500 Bumble members 18+ in Canada.