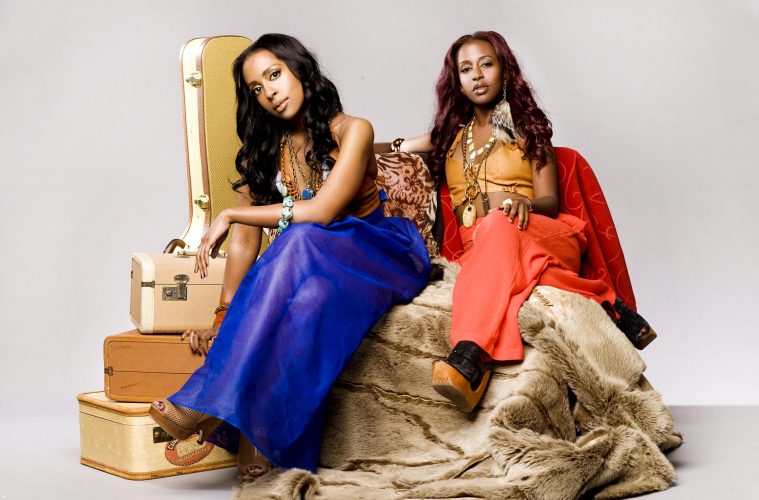 NAJUAH releases their single ‘She Kept On Running’

It’s always exciting to watch, and in this case listen to, Canadian talent. We have so many!  NAJUAH, the amazing Toronto-based Canadian female-duo, just released their debut single “SHE KEPT ON RUNNING” on all streaming platforms worldwide from their next album COUNTRY MINOR set to be released early next year. 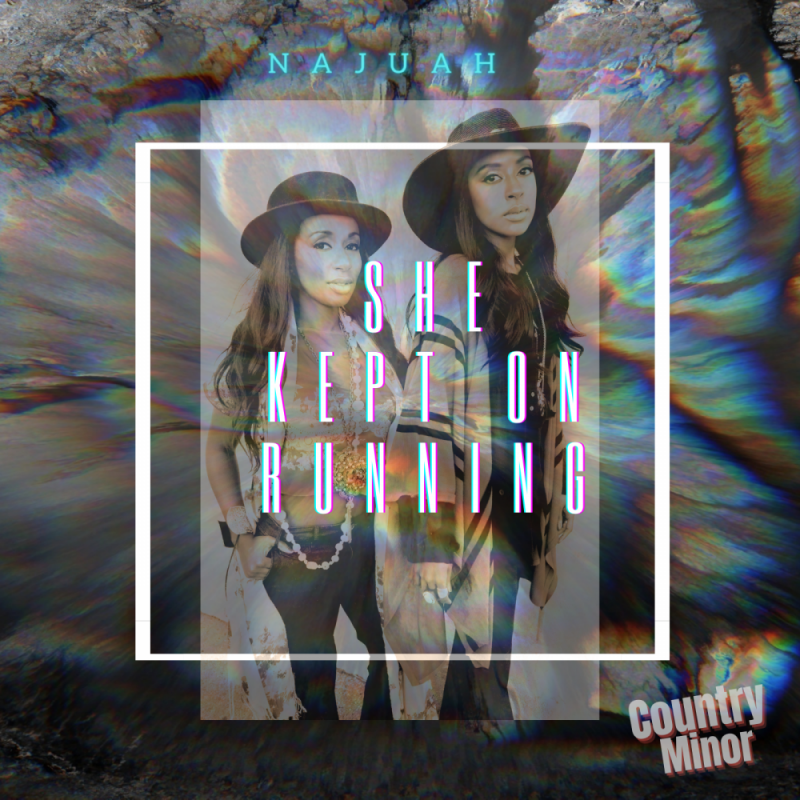 How did you both start in the music industry?

Juliet: It all started with a trip to a music store, we went in to buy a Korg. Keyboard for Hanifa’s birthday. The owner told us about his friend who owned a recording studio that wasn’t far from the shop and located in our neighbourhood. For some reason, we decided to record a cover song of one of our favourite artists from back in the day. It was just something to do for fun!

Hanifa: We would give the CD to friends and family, this also includes a local photographer in the city who took some photos of us. He was playing our CD, I guess you would call it a demo, in his studio and a client of his, who happened to be in the music industry, liked it. This opened the doorway to our journey in the music industry.

Who would you say inspires you to keep moving forward in your music?

Hanifa: To be honest, I can’t say anyone in particular. I will say that our parents have been a great support system and source of inspiration. But it comes down to believing in yourself. This is what will keep you moving forward no matter how hard things may be. This business, this journey isn’t for the faint of heart. So having a good support system is integral but self-love and believing yourself; this is what’s needed.

Juliet: I just love creating, and you see it’s a possibility through other people making it so you just keep pushing ahead. You see other people working hard and making their dream a reality is a good motivator for anybody.

What’s the story/inspiration for your latest song?

Hanifa: This song is about a girl who lives life on her own terms and follows her heart. Sometimes this is a good thing and sometimes it’s to her detriment. It also touches on the idea that one’s love for someone can lead them down the wrong road. It’s about that wild whirlwind romance that starts very quickly and dies just as fast and ends in turmoil. It also touches on the notion that sometimes it’s good to take heed and listen to the advice of others because sometimes we only see what we want to see. Is knowing really worth it all?

Passion in what you do is one of the key ingredients for success, what else would you say helps?

Hanifa: I think it’s important to have interests beyond music. This will keep the passion for it alive because you know it’s something that’s very much a part of you but it’s not who you are. It doesn’t define you. I love writing poetry and Juliet likes to paint. We also both enjoy horseback riding or going on hikes. Living your life is what gives you something to write about. Now you have stories to tell.

Juliet: Yeah, I agree. It’s about living your life and being in the moment. If you can’t find passion in other areas of your life it’s hard to put it into the music. So my advice to anyone who wants to dive into the world of music, be passionate about your life and this will ignite the passion for creating new music and performing.

What are some of the expectations for you as recording artists here in Canada?

Juliet: We definitely can’t speak for every Canadian artist, the expectations vary as well as their experience. My advice is to put yourself out there. The beauty of the internet is that you can reach a bigger audience.

Hanifa: I will say as a Canadian artist you have to go the extra mile. You have to be as authentic as possible if you want to stand out in an industry that is dominated by American artists. Yes, we have our Canadian gems, who put us on the map, who made people take a better look at Canada and see all the great talent here. More than anything, be proud of your Canadian roots and don’t shy away from it just to blend in.

Has social media helped in promoting your work?

Hanifa: Social media was definitely beneficial before the algorithms. But it’s taken a big shift and the organic discovery element is gone. Even if you follow a band on social you may not see what they are posting because of this change which puts the artists and creators at a disadvantage where organic reach is concerned. So we are just learning to work with the changes and adapt and it seems to be working for far.

Juliet: You may notice artists are investing in ads on social media, to captivate a new audience and also their existing fan base. So it highlights the idea that you have to invest in yourself. I think TIK TOK will be the platform of choice for many artists since we have seen great success stories.

What do you wish people knew about the music industry?

Hanifa: I wanted to say it’s hard! But that’s kind of negative, it’s the truth though. When people see an artist “make it” they think it happened overnight. For the majority of artists that you see topping the charts, it wasn’t easy. Making music is the easy part but on the business side of it, it can be a challenge. I encourage artists to participate in information-driven workshops, read books on entertainment law. It isn’t all roses and champagne.

Juliet: Be careful of individuals who don’t have the best of intentions. There’s a lot of that. Bet on yourself first. I also want to add that there isn’t one way to make it. The music industry is a lot more business than music and you need to understand this. It’s a big wake-up call for many artists.

Launching anything new during the pandemic is challenging, thoughts?

Juliet: You have to look for different opportunities, people are at home. People more than ever are listening to music so it’s important to look for the best platform for your genre of music.

Hanifa: Yes, if you are a new artist, although the world has turned upside down, this is the best time to connect with music listeners who need something to get them through the day.

Has the pandemic has changed you/your outlook so far?

Juliet: Focus on what’s important, make sure you stay in touch with people you care about because you never know what’s going to happen.

Hanifa: Be in the moment and take it one day at a time. Also, you need to just go for things in life because we don’t control time. Part of living in the moment is being brave enough to try. When 2020 started I kept hearing people say that it’s their year. This pandemic has blindsided us but that doesn’t mean you still can’t make it your year. There are little things you can do to find hope even in times like this. Don’t give up or give in to fear.

We hope you love She Kept On Running as much as we do. We recorded it in LA on what seems like the perfect night. It reminds us to cherish and hold on to those moments and look forward to beautiful starlit summer nights filled with music, love and joy in the near future.

Congrats to these incredibly talented ladies! Have a listen…