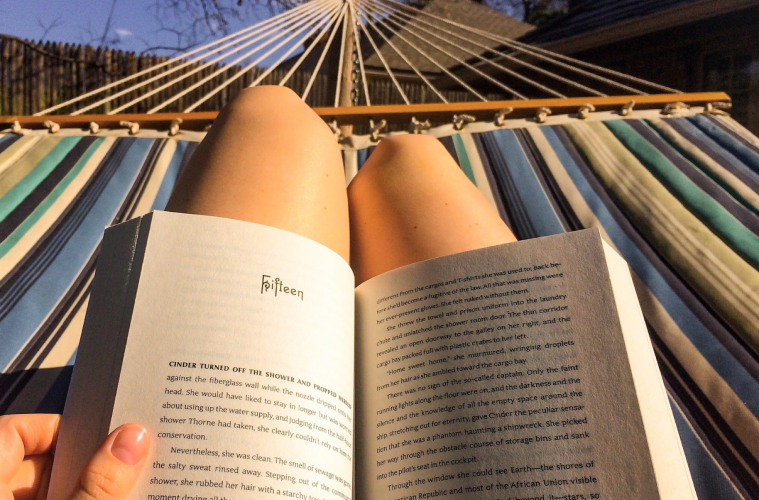 Mother’s Day and what to read this May

Reading is a gift that we give ourselves. It’s a gift of time and a worthy break in our daily routines. Reading inspires us, entertains us, and sometimes can even challenge us. Yes, we’ve got Mother’s Day on our minds, so here are just a few recommendations from our team to put on your reading list (or your mom’s reading list) this month…

Why Mommy Swears by Gill Sims: Author of the hilarious Why Mommy Drinks and online sensation Peter and Jane comes this much anticipated new novel. It’s every parents’ nightmare – the start of the school holidays – and instead of sitting in the sun, reading a book over a cold, crisp glass of Pinot Grigio, Mummy has two bored moppets to attend to. After frantically booking sports camps, child minder slots, not to mention time off work, Mummy is exhausted. But this is only the beginning… After being dragged to join the school’s PTA in the new term by an annoyingly kind-spirited neighbour, Mummy is stuck with organising the Christmas Fayre and pleasing all the overly disapproving parents. In combination with getting to know her father’s surprise new glamorous (and much younger) wife, and being forced to spend more time with her narcissistic mother, life isn’t cutting her much of a break. What more could possibly happen? 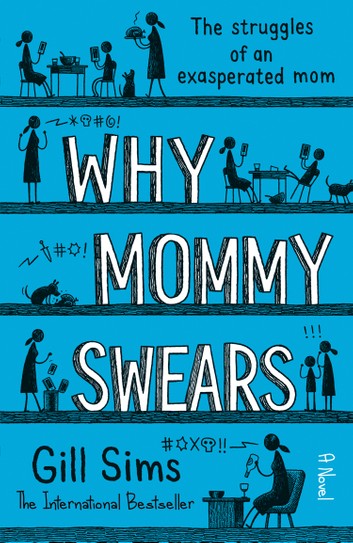 What My Mother and I don’t Talk About: Fifteen Writers Break the Silence: Edited by Michele Filgate: Fifteen brilliant writers explore what we don’t talk to our mothers about, and how it affects us, for better or for worse.

As an undergraduate, Michele Filgate started writing an essay about being abused by her stepfather. It took her more than a decade to realize what she was actually trying to write: how this affected her relationship with her mother. When it was finally published, the essay went viral, shared on social media by Anne Lamott, Rebecca Solnit, and many others. The outpouring of responses gave Filgate an idea, and the resulting anthology offers a candid look at our relationships with our mothers.

While some of the writers in this book are estranged from their mothers, others are extremely close. Leslie Jamison writes about trying to discover who her seemingly perfect mother was before ever becoming a mom. In Cathi Hanauer’s hilarious piece, she finally gets a chance to have a conversation with her mother that isn’t interrupted by her domineering (but lovable) father. André Aciman writes about what it was like to have a deaf mother. Melissa Febos uses mythology as a lens to look at her close-knit relationship with her psychotherapist mother. And Julianna Baggott talks about having a mom who tells her everything. 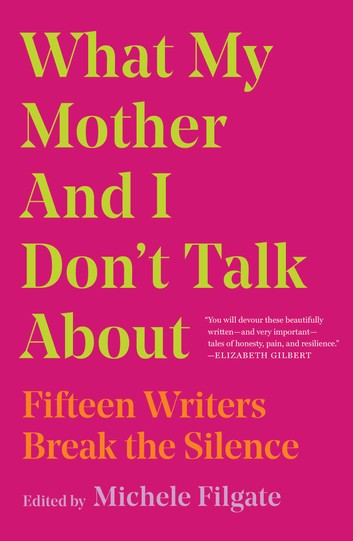 Ladies Who Punch by Ramin Setoodeh: Like Fire & Fury, the gossipy real-life soap opera behind a serious show.

When Barbara Walters launched The View, network executives told her that hosting it would tarnish her reputation. Instead, within ten years, she’d revolutionized morning TV and made household names of her co-hosts: Joy Behar, Star Jones, Meredith Vieira and Elisabeth Hasselbeck. But the daily chatfest didn’t just comment on the news. It became the news. And the headlines barely scratched the surface.

Based on unprecedented access, including stunning interviews with nearly every host, award-winning journalist Ramin Setoodeh takes you backstage where the stars really spoke their minds. Here’s the full story of how Star, then Rosie, then Whoopi tried to take over the show, while Barbara struggled to maintain control of it all, a modern-day Lear with her media-savvy daughters. You’ll read about how so many co-hosts had a tough time fitting in, suffered humiliations at the table, then pushed themselves away, feeling betrayed—one nearly quitting during a commercial. Meanwhile, the director was being driven insane, especially by Rosie.

Ladies Who Punch shows why The View can be mimicked and mocked, but it can never be matched. 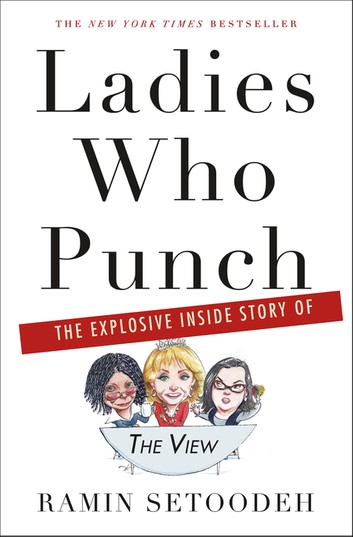 Normal People by Sally Rooney: Connell Waldron is one of the most popular boys in his small-town high school–he is a star of the football team, an excellent student, and never wanting for attention from girls. The one thing he doesn’t have is money. Marianne Sheridan, a classmate of Connell’s, has the opposite problem. Marianne is plain-looking, odd, and stubborn, and while her family is well-off, she has no friends to speak of. There is, however, a deep and undeniable connection between the two teenagers, one that develops into a secret relationship.

Everything changes when both Connell and Marianne are accepted to Trinity College. Suddenly Marianne is well-liked and elegant, holding court with her intellectual friends while Connell hangs at the sidelines, not quite as fluent in language of the elite. Throughout their years at university, Marianne and Connell circle each other, falling in and out of romance but never straying far from where they started. And as Marianne experiments with an increasingly dangerous string of boyfriends, Connell must decide how far he is willing to go to save his oldest friend.

Sally Rooney brings her brilliant psychological acuity and perfectly spare prose to a novel that explores the subtleties of class, the electricity of first love, and the inescapable challenges of family and friendships. Normal People is a book that you will read in one sitting, and then immediately share with your friends. 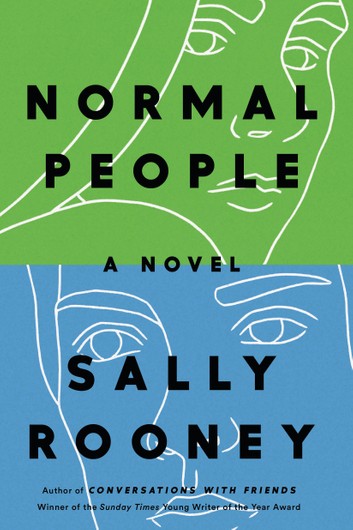 MAID by Stephaie Land: Evicted meets Nickel and Dimed in Stephanie Land’s memoir about working as a maid, a beautiful and gritty exploration of poverty in America. Includes a foreword by Barbara Ehrenreich.

At 28, Stephanie Land’s plans of breaking free from the roots of her hometown in the Pacific Northwest to chase her dreams of attending a university and becoming a writer, were cut short when a summer fling turned into an unexpected pregnancy. She turned to housekeeping to make ends meet, and with a tenacious grip on her dream to provide her daughter the very best life possible, Stephanie worked days and took classes online to earn a college degree, and began to write relentlessly.

She wrote the true stories that weren’t being told: the stories of overworked and underpaid Americans. Of living on food stamps and WIC (Women, Infants, and Children) coupons to eat. Of the government programs that provided her housing, but that doubled as halfway houses. The aloof government employees who called her lucky for receiving assistance while she didn’t feel lucky at all. She wrote to remember the fight, to eventually cut through the deep-rooted stigmas of the working poor.

Maid explores the underbelly of upper-middle class America and the reality of what it’s like to be in service to them. “I’d become a nameless ghost,” Stephanie writes about her relationship with her clients, many of whom do not know her from any other cleaner, but who she learns plenty about. As she begins to discover more about her clients’ lives-their sadness and love, too-she begins to find hope in her own path. 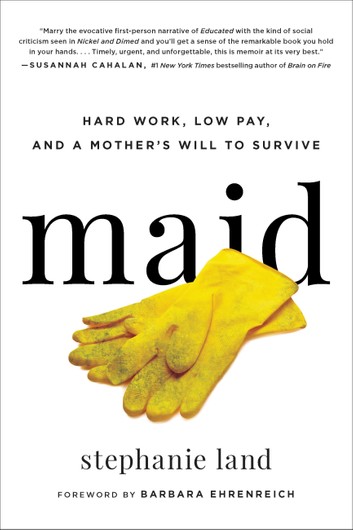 A Place for Us by Fatima Farheen Mirza: The first novel from Sarah Jessica Parker’s new imprint, SJP for Hogarth, A Place for Us is a deeply moving and resonant story of love, identity, and belonging**

As an Indian wedding gathers a family back together, parents Rafiq and Layla must reckon with the choices their children have made. There is Hadia: their headstrong, eldest daughter, whose marriage is a match of love and not tradition. Huda, the middle child, determined to follow in her sister’s footsteps. And lastly, their estranged son, Amar, who returns to the family fold for the first time in three years to take his place as brother of the bride. What secrets and betrayals have caused this close-knit family to fracture? Can Amar find his way back to the people who know and love him best?

A Place for Us takes us back to the beginning of this family’s life: from the bonds that bring them together, to the differences that pull them apart. All the joy and struggle of family life is here, from Rafiq and Layla’s own arrival in America from India, to the years in which their children—each in their own way—tread between two cultures, seeking to find their place in the world, as well as a path home.

A Place for Us is a book for our times: an astonishingly tender-hearted novel of identity and belonging, and a resonant portrait of what it means to be an American family today. It announces Fatima Farheen Mirza as a major new literary talent. 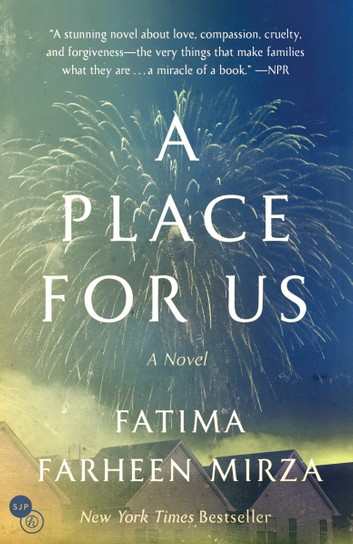 An antique shop haunted by a ghost.
A silver treasure with an injustice in its story.
An adventure to the past she’ll never forget.

Xanthe and her mother Flora leave London behind for a fresh start, taking over an antique shop in the historic town of Marlborough. Xanthe has always had an affinity with some of the antiques she finds. When she touches them, she can sense something of the past they come from and the stories they hold. When she has an intense connection to a beautiful silver chatelaine she has to know more.

It is while she’s examining the chatelaine that she’s transported back to the seventeenth century where it has its origins. She discovers there is an injustice in its history. The spirit that inhabits her new home confronts her and charges her with saving her daughter’s life, threatening to take Flora’s if she fails.

While Xanthe fights to save the girl amid the turbulent days of 1605, she meets architect Samuel Appleby. He may be the person who can help her succeed. He may also be the reason she can’t bring herself to leave.

The story continues in October 2019 with book two in the Found Things series, Secrets of the Chocolate House. 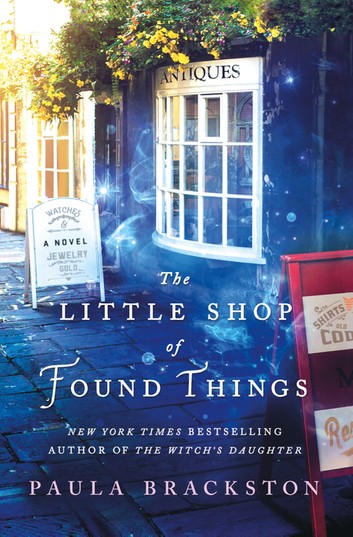 Sure you can buy the print versions but the Kobo Forma eReader is always a solid choice. This particular version is waterproof and bubble bath ready. This model comes with all the bells and whistles, and books too, if you know your ma well enough (or hint for yourself), maybe consider pre-loading her e-reader and giving the gift of culture. Grab the Kobo Forma for $299 from select stores.

And in true philanthropic spirit, Momma will approve of a virtual gift in lieu of more “stuff”, so perhaps consider a donation to First Book Canada instead. It’s estimated that a quarter of Canadian households don’t own a single book, and with Doug Ford’s war on words, it’s time to support literacy on a grander scale. 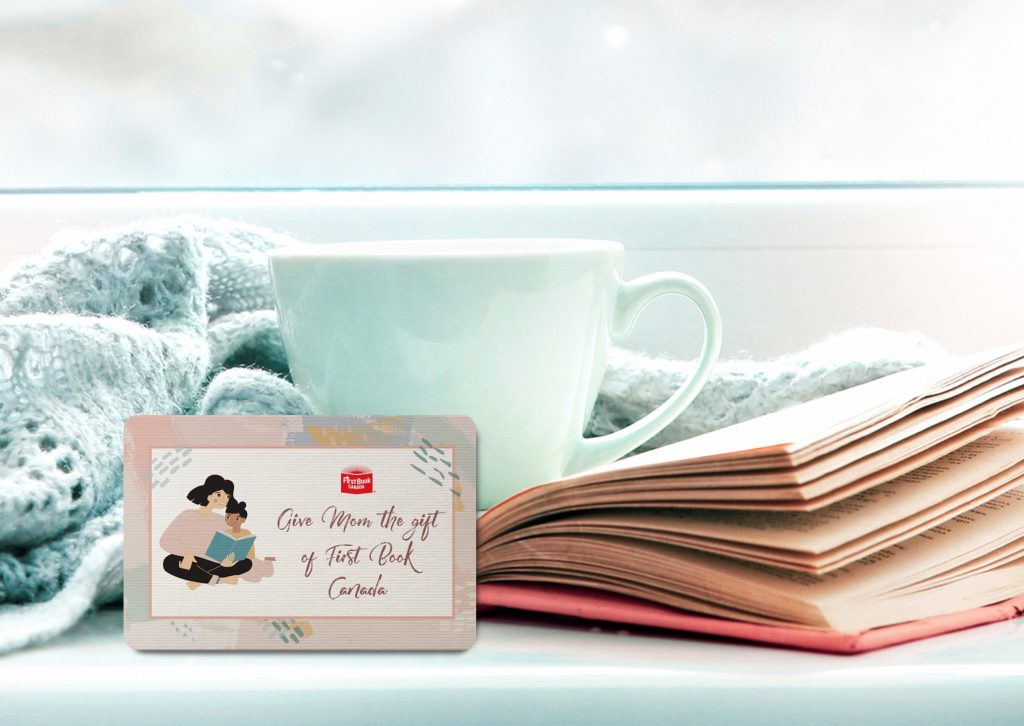