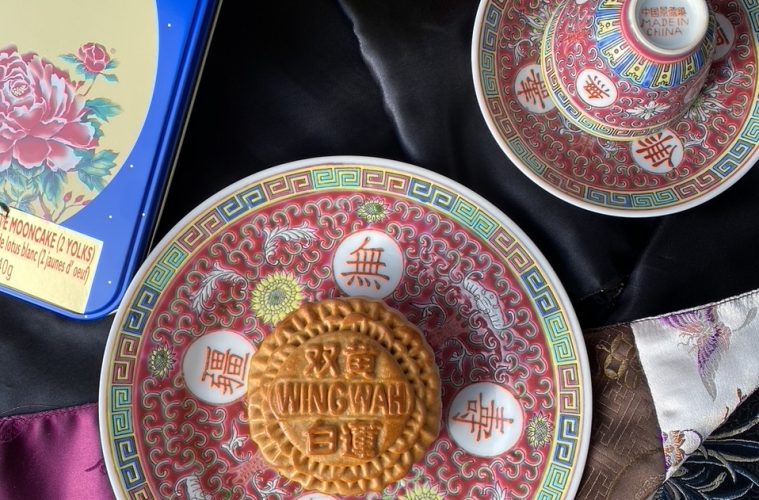 Mid-Autumn Festival this year is on October 1st and we’re already getting ready for the annual celebration that traditionally falls on the 15th day of the eighth month according to the Lunar Calendar. The Festival, which is also known as the Harvest Moon Festival or Mooncake Festival, is an important occasion where we give thanks to the harvest season and the bounty that would traditionally carry us through the winter. The moon is believed to be the fullest of the year and symbolizes reunion. The Festival is the second most important holiday of the year particularly for those of Chinese descent. Family and friends traditionally would gather, eat and eat more! And what do we eat and gift? Mooncakes, of course! One of the most well-known and popular brands that make traditional mooncakes is Wing Wah.

Originally began as a teahouse and bakery in Hong Kong in 1950, Wing Wah has grown to a restaurant and bakery group with large-scale manufacturing. Their products are sold worldwide in many Asian supermarkets. 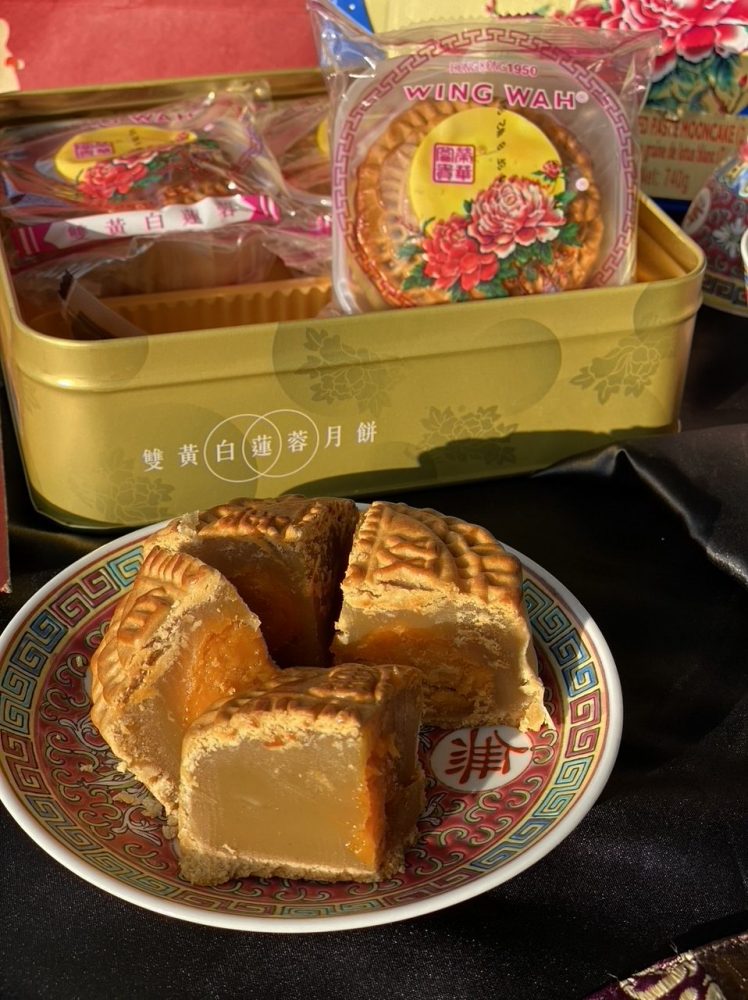 Growing up, my parents always got Wing Wah’s traditional white lotus seed paste filling with salted egg yolks.  The egg centres were always my favourite. My mom now buys the low sugar version of these mooncakes and my kids, who aren’t fans of the traditional mooncakes, opt for Wing Wah’s huge variety of icy mooncakes like their blueberry cheese-filled ones or the family favourite of dark chocolate icy mooncakes.

Wing Wah brand of mooncakes remains a popular favourite with many households and for good reason.  They have withstood the test of time with their company philosophy of “Quality always comes first”. In my opinion, they aren’t overly heavy and oily like other brands and their pale yellow lotus seed paste is fragrant and sweet. Though the real highlight for me is the bright orange egg yolk that is deliciously savory and melts over your tongue with a delicate sandy texture. 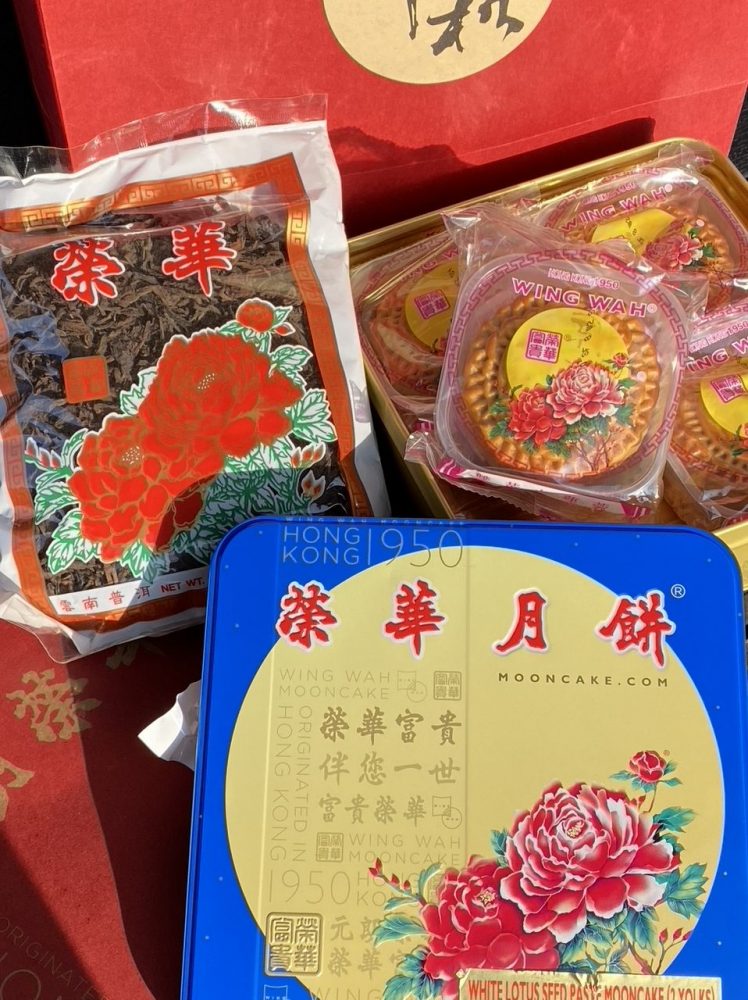 Wing Wah mooncakes can be purchased at your local Asian supermarket now. It’s a seasonal item so be sure to get your tin before they’re gone!  Wing Wah is also the producer of many other products like their Chinese sausages (lap cheong) and tea, both commonly enjoyed during the family reunion dinner. 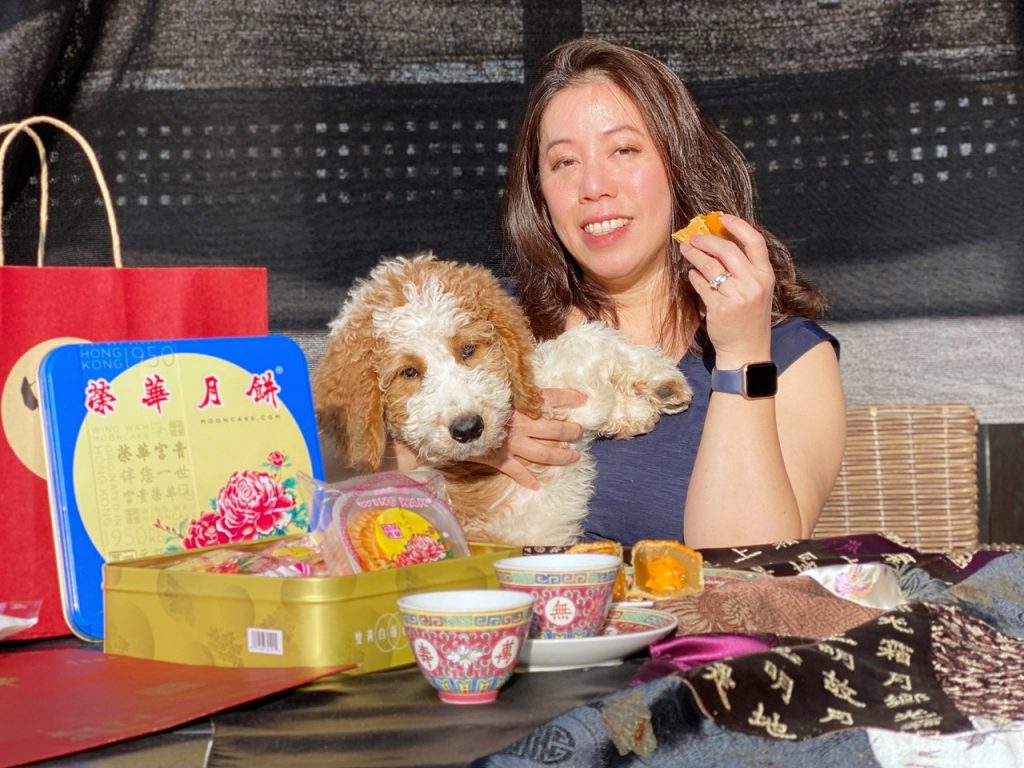 Thank you to Wing Wah and Events with Jo for my delicious gifted basket of Mid-Autumn Festival goodies!