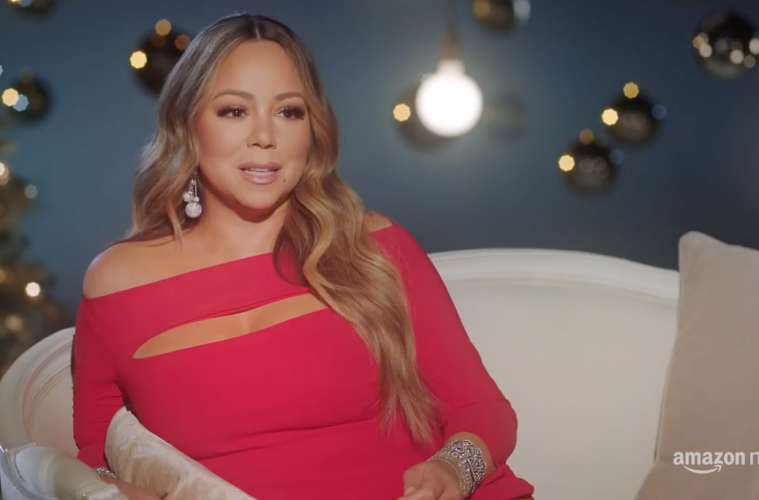 It’s been 25 years since the release of Mariah Carey’s iconic holiday favourite “All I Want for Christmas Is You”. Now, the story behind the making of her hit has been released on Amazon Music in a mini-documentary.

Diving deep into the inspiration behind one of the most popular holiday songs, the doc features interviews with Mariah, producer Randy Jackson, and additional insiders who share their views as well.

“As we continue to celebrate the 25th anniversary of ‘All I Want for Christmas Is You,’ it was important for me to share part of the story behind this song that still brings me joy every year. I hope you enjoy Amazon Music’s special glimpse into the magic of this song. Merry Christmas and Happy Holidays!” says Mariah Carey in the press release.

Throughout the film, fans will see rare footage from Mariah’s days of making the album, and learn even more about the seminal hit through additional commentary from Jackson, Mariah’s longtime supporter and former manager; journalist Shirley Halperin, Executive Editor for Music at Variety; Gary Trust, Billboard’s Senior Director of Charts; and Mariah’s longtime backup singer and friend of over 25 years, Trey Lorenz. The mini-documentary follows the song from its early days, initially charting at #12 on the overall radio chart, to its dominance of the charts over the years. The song has spent 36 cumulative weeks at #1 on Billboard’s holiday chart since 2011 – the highest any holiday song in history has charted. This year Mariah was also presented with a Guinness World Record for the highest-charting holiday (Christmas/New Year) song on the Billboard Hot 100 by a solo artist.

Additionally, “All I Want for Christmas is You” remains number one on Amazon Music since Thanksgiving Day. With billions of holiday streams so far this year globally, and hundreds of holiday playlists and stations, Amazon Music continues to be a leader in holiday music listening. Amazon Music’s latest mini-documentary is the fourth of its kind released this year, highlighting pivotal moments in artists’ careers, including; Still Ill: 25 Years of the Beastie Boys’ Ill Communication, The Birth of Biggie: 25 Years of Ready to Die and Departure, a detailed look at Sharon Van Etten’s last days of living in New York City before her move to LA.

Amazon Music’s Mariah Carey is Christmas: The Story of “All I Want for Christmas Is You” is now available to stream globally here.

Also, for a limited time, Amazon Music Unlimited customers can get four months of the premium streaming tier for just $0.99, to enjoy unlimited access to millions of songs, ad-free.