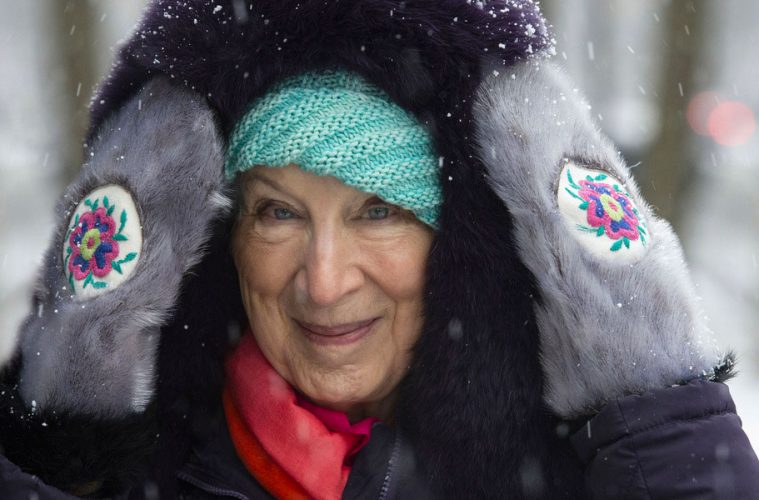 A new feature-length documentary on the life and literary career of Margaret Atwood will have its world premiere at TIFF Bell Lightbox on November 7, 2019. The screening is co-hosted by TIFF, White Pine Pictures, and the Toronto International Festival of Authors. The documentary Margaret Atwood: A Word after a Word after a Word is Power will be followed by a Q&A session.

With exclusive access, filmmakers Nancy Lang and Peter Raymont try and keep up with Margaret Atwood in her 80th year as she jets to speaking engagements around the world, visits the set of The Handmaid’s Tale, spends time with family and partner Graeme Gibson, and visits Iceland and the bird observatory they established on Pelee Island, Ontario. The film also delves into Atwood’s early years growing up in the Canadian wilderness, her days as a poet at Harvard, meeting Gibson, and writing The Handmaid’s Tale.

Atwood’s major works are explored by friends, family, colleagues, and Atwood herself, from The Circle Game (1964) — her first book of poetry, written at Harvard and awarded the Governor General’s Award — to The Handmaid’s Tale (1985), adapted for the big screen in 1990 by Volker Schlöndorff and into an Emmy-winning series in 2018. Her other major works include The Edible Woman (1969), Surfacing (1972), and Alias Grace (1996).

Lang and Raymont’s camera captures Atwood as she settles in to write the final chapters of her latest novel, The Testaments, the much-anticipated sequel to The Handmaid’s Tale. The film offers a rare glimpse into the writer’s practice, as Atwood writes on planes, boats, or on the road — whenever she can grab a moment in her busy life.

Tickets for the event are available for $17 for the public, $12 for Members, and $14 for seniors and students with valid ID. For more information and to purchase tickets, please visit tiff.net