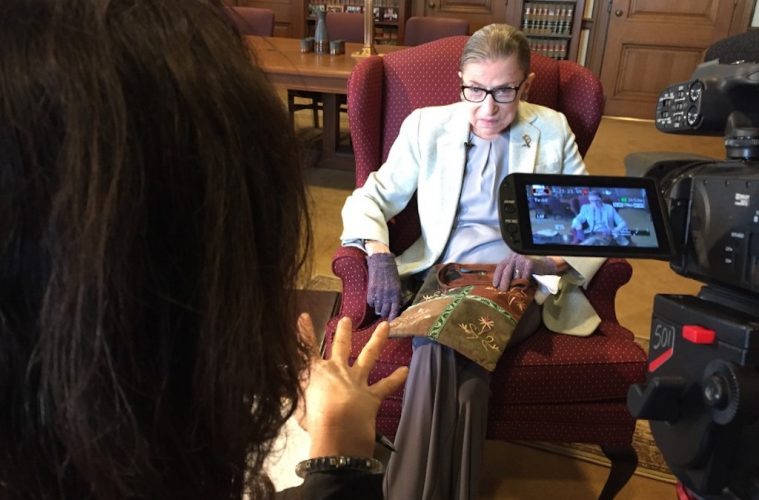 Making the Case ~ a story about Ruth Bader Ginsburg’s handbags

It may sound trivial to be discussing the late Justice Ruth Bader Ginsburg’s handbags but if you have an opportunity, check out the short documentary Making the Case: A Short Film About A Judge And Her Bags by filmmaker Jennifer Callahan. You’ll quickly see a different side of one of the world’s most powerful and respected women in American history…or perhaps what you discover won’t actually surprise you at all.

The documentary that’s just shy of ten minutes offers a personal look at RBG that is both heartwarming and charming as she tells the story behind a few handbags she had in her collection. However, as the filmmaker pointed out in a special screening and Q&A session hosted by the New York Women in Film & Television and Brown Club in New York, she wasn’t an avid collector but definitely had a collection worthy of a short film.

The film opens with Justice Ginsburg arriving at the steps of the courthouse in New York and we follow her into her office. She begins with “My name is Ruth Bader Ginsburg. I am an associate justice of the Supreme Court of the United States. It is an overwhelming job; it is the best and the hardest job I have ever had. It’s an extraordinary privilege to be one of the nine judges who sit on the highest court in the United States.” Then, she opens up not about her day’s work but a few of her handbags.

Each bag holds a story and, come to think of it, many of us carry stories about our handbags – they can hold sentimental value and serve as reminders of where we’ve been, where we are now, and where we are going.

One of a few favourites shown in the film was a bag that Justice Ginsburg had purchased from the old Metropolitan Opera House gift shop. She had a fondness for the arts. This particular bag was made with the very fabrics from costumes worn in various opera productions.

Callahan explained how she had this idea in mind to tell the stories of the bags but of course, approaching Justice Ginsburg on this subject would be a bold request.  The filmmaker had a mutual friend put forth the ask to RBG’s office back in 2016 and was offered an hour of her time to film five months later. She took it.

Respecting her time and busy schedule, the filmmaker had to be efficient in that magical hour. Justice Ginsburg’s office didn’t ask for questions ahead of time to prep — a common requested in advance of an interview to vet out questions that might potentially catch an interviewee off guard. This was not the case. Confidently, RBG  just rolled with everything. What the filmmaker experienced was her generosity in time and respect of the process. Callahan mentioned that RBG had such an appreciation for the arts and in the details which made this experience unforgettable.

Of course RBG is all about encouraging everyone to achieve their best, especially women — to push ourselves to achieve our very best no matter what we do. Callahan said “She would have wanted this to be as good as it can be.” That encouraged her to do just that.

While filming this documentary, the filmmaker was surprised, and what she loved, was how serious Justice Ginsburg was when looking at every object. “I remember she was also wearing very elegant shoes that day, I got the sense that loved beautiful things and the objects in her life were not things she was flippant about. They deserved her thought and they were meaningful,” said Callahan. 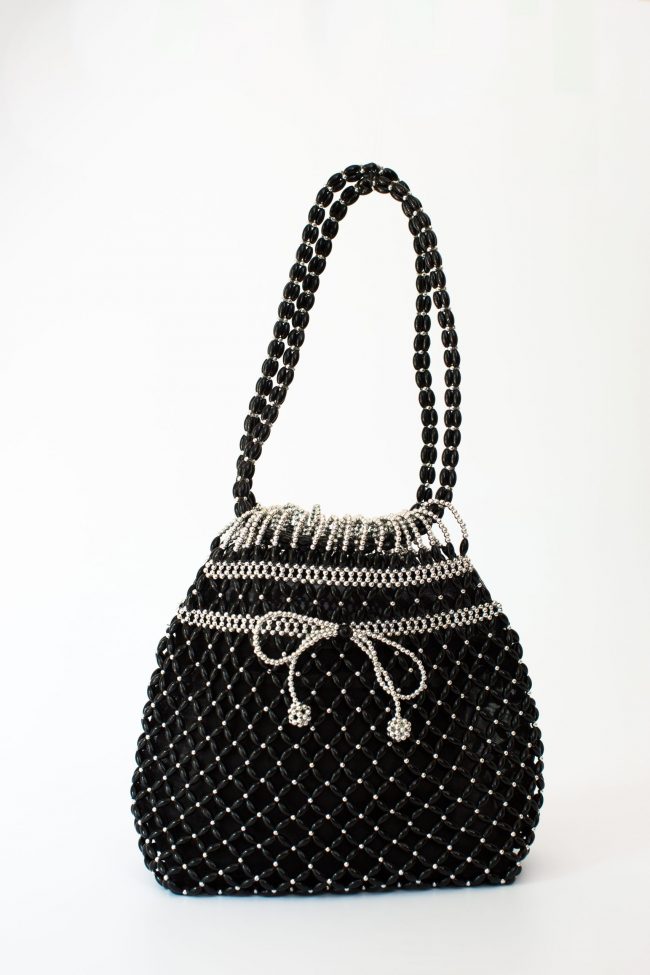 Justice Ginsburg mentioned her fondness of having pockets in her purses as well as in her judicial robes. In the film, she explains that traditional robes were designed with men in mind with large slits on the sides so they could access their pockets easily. She insisted deep pockets were sewn into hers and other have followed in this request as women may not always be wearing clothing with pockets.  When it came to her handbag she reached for her everyday bag that had several pockets and if you’re curious, she carries a copy of The Constitution, her cellphone, wallet, keys to her home and office, and her check book.

What inspire Callahan to tell the story about people’s handbags?

A friend of hers was visiting New York from LA and they met for dinner. “She thought my bag was too big and it was ridiculous. She had a little bag and very L.A.. She made fun of my big bag and it made me think about my bag.” Then, a week later a stranger on the train made a remark about another bag Callahan was carrying and this sparked a conversation  between the two women. This made her think about handbags and the roles, or stories, they have in women’s lives.

“Looking at women in power in our country —  a woman that was in serious power, she never had a bag with her,” said Callahan. “When Hillary Clinton was running for office, her hands were free but behind her was someone carrying her giant totes. But when you see Justice Ginsburg in photographs she did have a bag with her always. I thought that was interesting. I wondered how did she get away with that?” This lead her to the idea of the documentary.

Making of the Case is a short film that is a natural segway into a much larger project. Callahan does mention that something is in the works that will include even more footage from her interview with Justice Ginsburg.

“I have yet to find a woman who doesn’t have a lot to say about their bag,” said Callaghan. She goes on to explain while we often look at style and function of a handbag, there is often a great story behind our most cherished handbags.

And this rings true for myself as well. Each bag has a story. After viewing this documentary I realized my latest handbag arrived today that is a reflection of the current pandemic life – practical and more subtle, effortless, minimalist in shape, colour, and I still admire the legacy and  craftsmanship… but will carry the weight of my most essential everyday things. Nothing more.

Making of the Case: A Short Film About A Judge And Her Bags was an Official Selection in 2020 at the Tribeca Film Festival, DOC NYC, 2020 HollyShorts Film Festival, and the Hamptons Doc Fest.  It will be available for viewing in coming months. You can keep up to date for the screenings at makingthecase.com/seethefilm