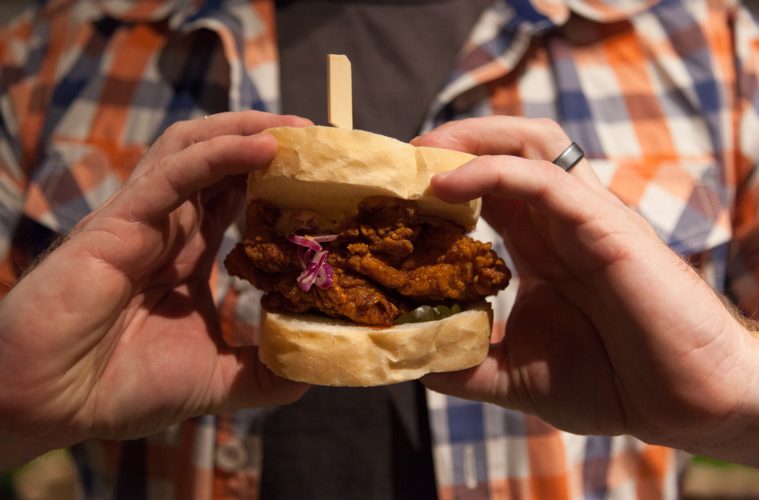 LOB, or Love of Bocce as it’s formally known as, has just opened in Riverside, setting up shop at Queen and Broadview. A North American first, LOB combines the classic Italian game of Bocce, or lawn bowling to you noobs, with mini golf. The 9 track game field occupies two-thirds of the 10,000 sq ft + space. 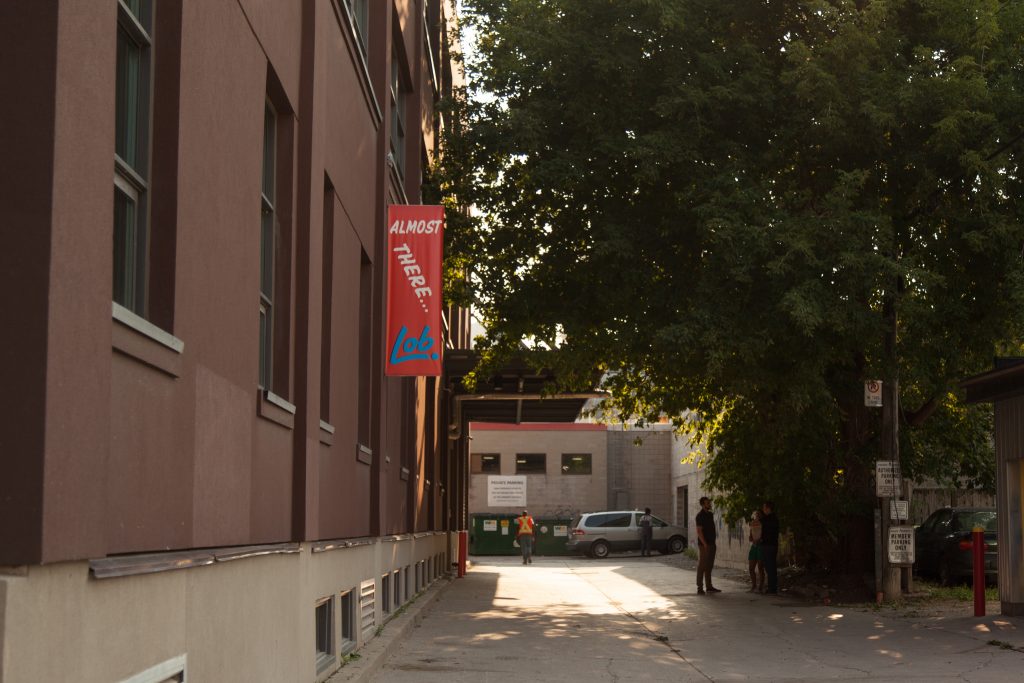 The fully wheelchair accessible space (yay!) levels the playing field for everyone. Games are booked in advance, and take about an hour to get around all 9 tracks. Each track offers a variety of different obstacles and difficulty levels. Logs on the track inject a little indoor/outdoor feel to the sport.

LOB channels the lively bocce scene in Brooklyn- there’s a smattering of bars that offer drinks, food and fun all in one stop. This concept proves popular both in Brooklyn and here in Toronto. People are looking for places to congregate, and put the phones down for a few. While LOB has wifi throughout, it’s best to keep the Boomerangs for clinking glasses at the 10th track, or bar in more noob speak. Drinks and food are welcome on the track though, and while ball-related jokes are relentless, do try and not get your balls all greasy. Aim is an important aspect of the game afterall. 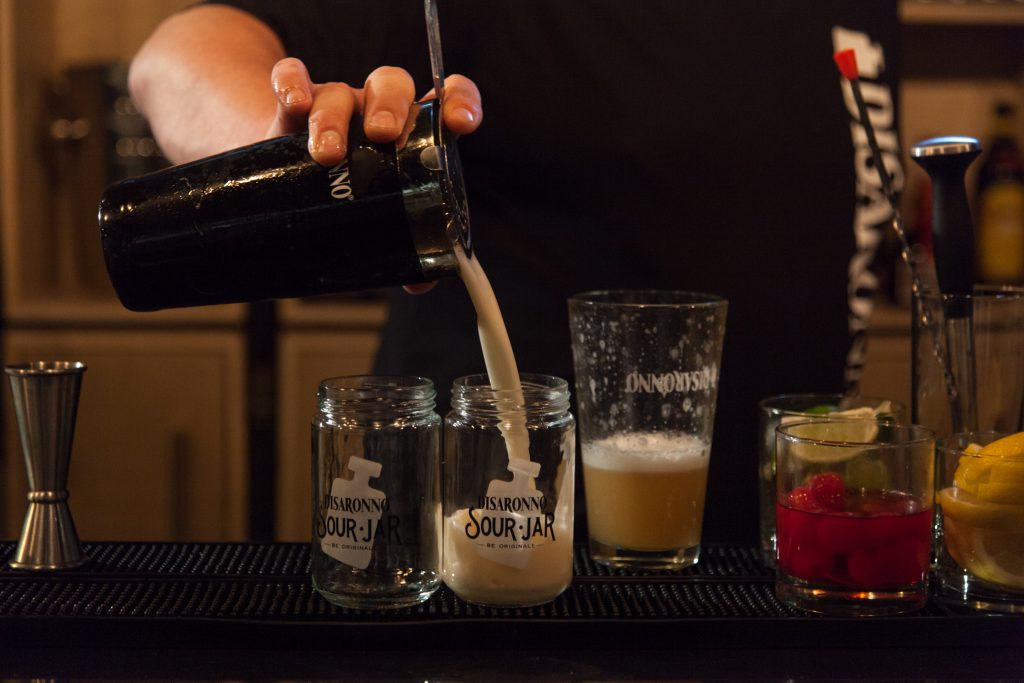 And while you can eat while you play, your ticket in allows you to play all you like, and with Executive Chef Kyle McClure’s menu, you may want to tuck in and savour what the menu has on offer. Everything is made in house, including the bread and buns. From bar snacks to full on meals, including vegan and vegetarian options, it’s a nice surprise to see an game-based restaurant firing at such a dedicated pace with such a commitment to quality. 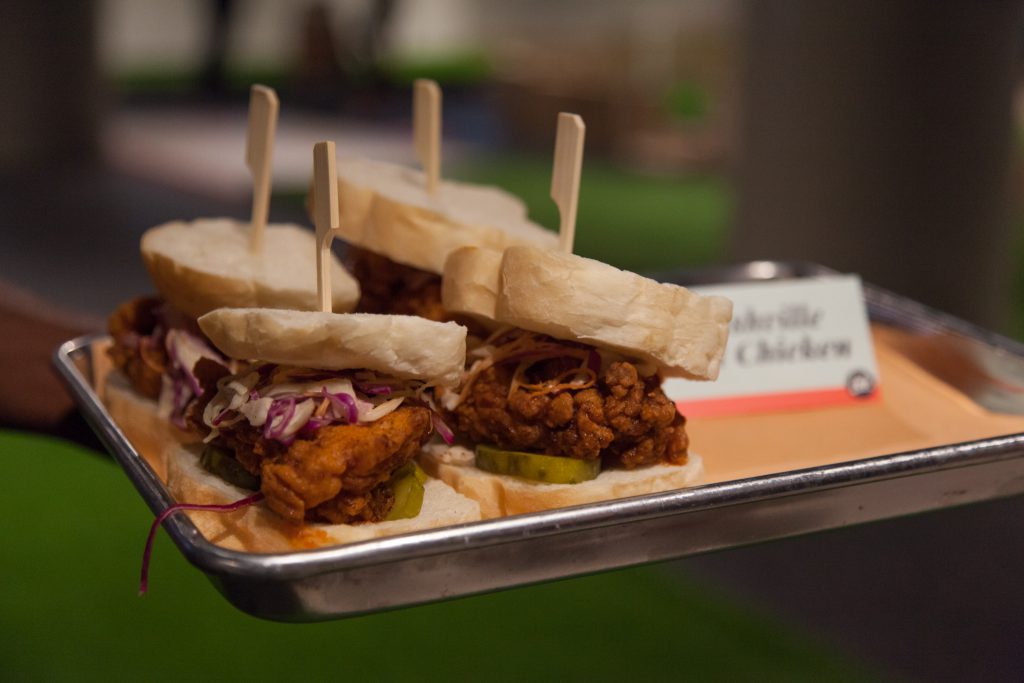 Nachos and Deep Fried Pickles are perfect bar nibbles and come decked out and dressed to kill with all the fixin’s. The Sausage Board with pickled veg is another safe bet, and segways well into all the ball jokes that you’re already tempted to make. Jerk Ribs also conjure up more witty banter, and require a minimum of three napkins to eat- but they are the real deal and are worth a trip to LOB even if you’re not playing a round. 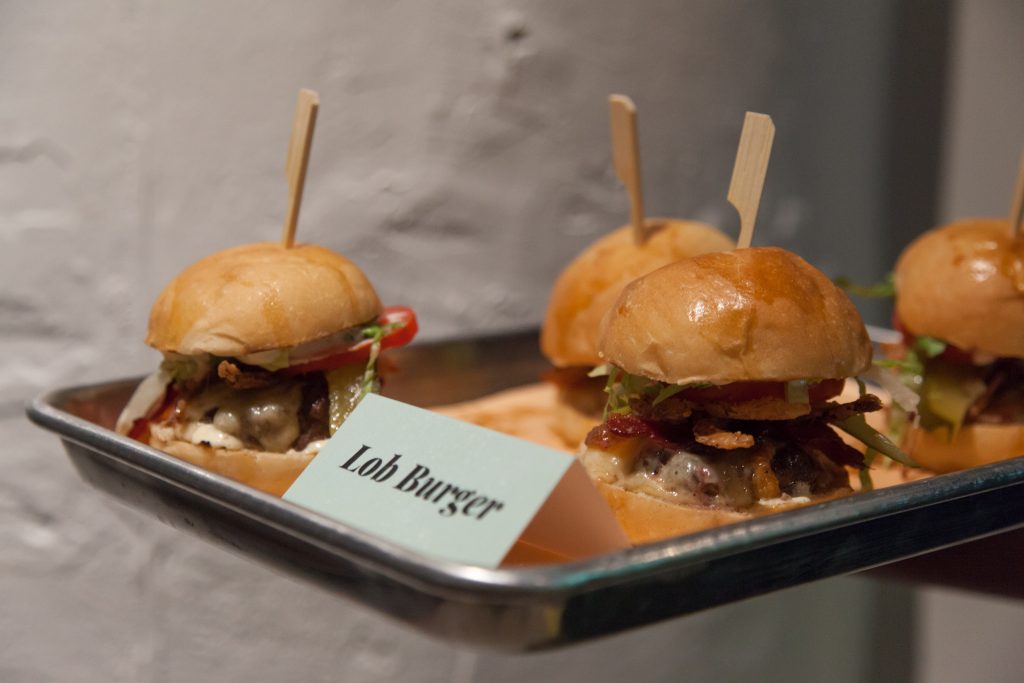 The LOB Burger is a feat, with crispy fried onions and candied bacon, it’s a contender for the city’s finest. Ditto goes for the Nashville Hot Chicken Sandwich. One LOB-ber proclaimed it the best sandwich they’ve ever had, period. The super soft Wonder-esque Bread just holds it together, while the tangy pickles and slaw help to keep the sting from the succulent and spicy chicken at bay. 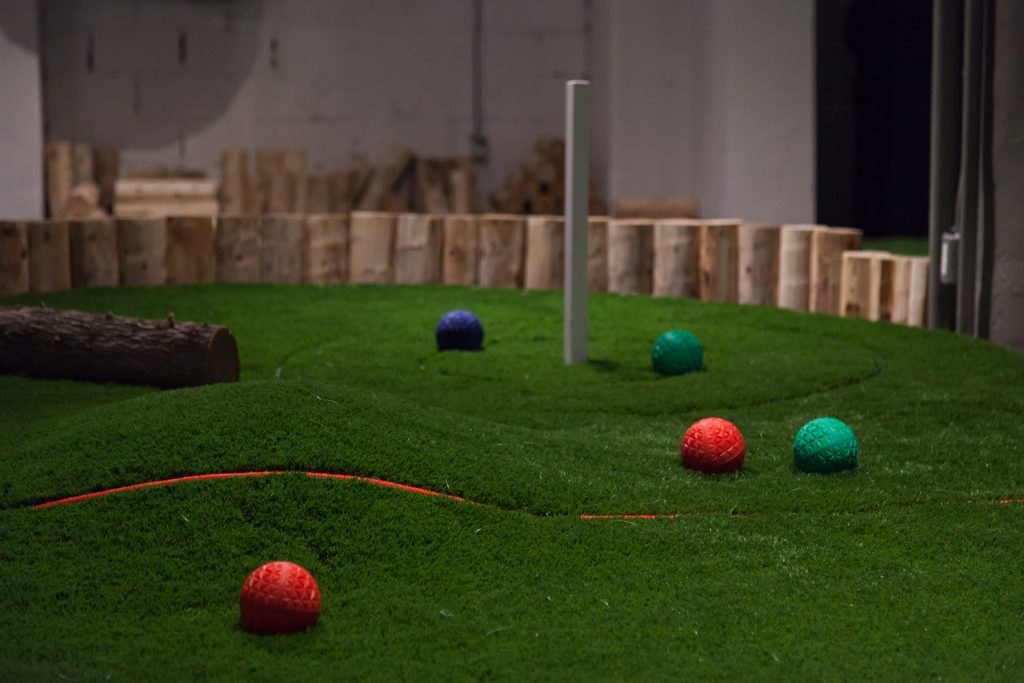 The drinks menu is on par with the food. Local breweries have been tapped to provide a continuous stream of frothy finds, like beers from the ultra-close Eastbound Brewing Company. A full bar supports the beer finds, with nimble bartenders crafting of-the-moment drinks, like the Disaronno Sour. 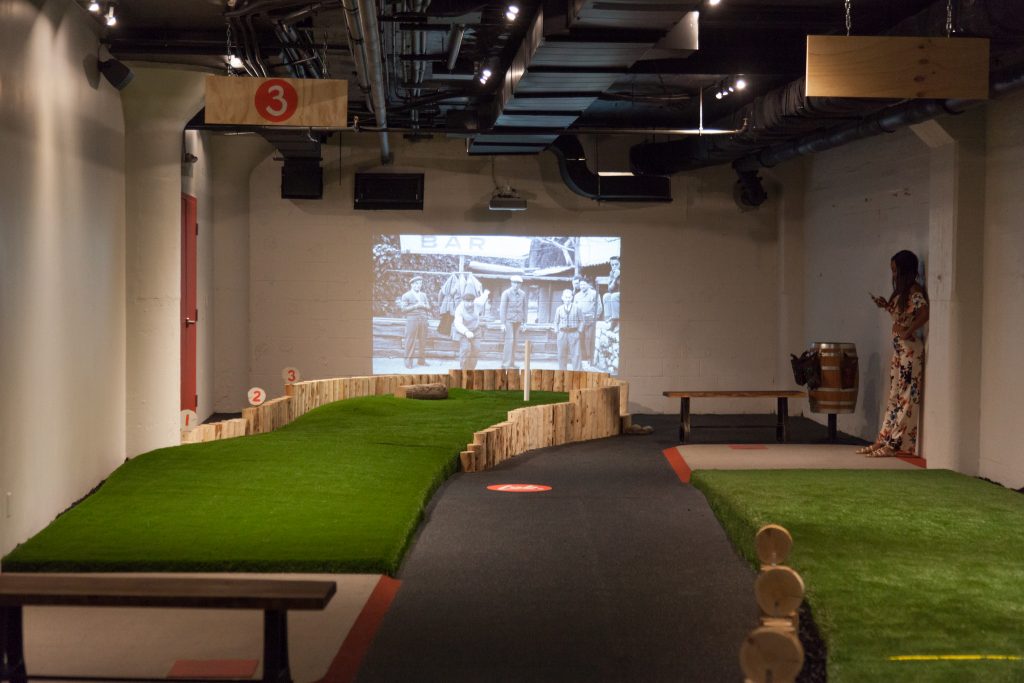 From date night outs, to birthday parties, corporate events and complete takeovers, LOB is set to make Toronto’s head spin with not only a unique game found only in the 6ix, but the food and beverage pairings that will make even the sorest losers downright happy.

All photos by Libby Roach. Thanks LOB for showing us the ropes!