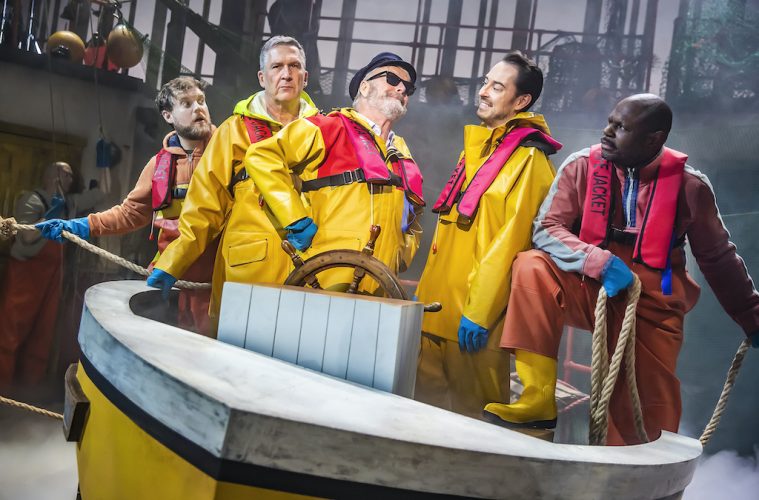 Fisherman’s Friends: The Musical is currently on stage at the Royal Alexandra Theatre in Toronto. It’s full of toe-tapping songs — some familiar and some that may be new to many of us. The show itself is about a group of fishermen who sang traditional “sea shanties” and other songs together to give them rhythm or to simply to keep their day moving. Based on true events the group was discovered by a record label and found fame along the way in their journey. But the show is also about community, loyalty, and their everyday lives living in a quaint seaside village.

If you’ve stayed in a small fishing village you’ll understand the hardships the residents have had to endure for generations but there’s also a beautiful side of living that cannot be denied. While this story is primarily focused on the men, writer Amanda Whittington also gives light to the women in the village.

Legendary theatre, television and film actor Susan Penhaligon, who plays Maggie in this musical production, tell us how Whittington wanted to bring in more character development and stories for the women of Cornwall. Penhaligon who spent her childhood in St. Ives, Cornwall, herself thinks the writer did a great job. “They are typical Cornish women mostly and there’s an old Cornish expression that ‘Cornish women be brave and stubborn’, and that’s Maggie through and through.”

Her character Maggie, it turns out, was inspired by Penhaligon’s own grandmother. So, Penhaligon tells us she was channeling her while she’s on stage. She also talked about growing up in Cornwall and the common urge  for young adults to get out. “You would go to Tamar and had another life.  and ‘Cousin Jack’  is one of the songs in this musical.”

She explained “Cousin Jack is a Cornish slang for a person who had to leave to get work elsewhere and then they would send money back to their family.” But what she found interesting was the character of Alwin, a young woman played by the wonderful Parisa Shahmir who actually doesn’t want to leave.  “Alwin wants to stay,” said Penhaligon. “She feels safe and has a sense of belonging in the village. She’s Cornish but doesn’t feel the need to get away like others because it’s a beautiful place to live and where the community supports you. “ 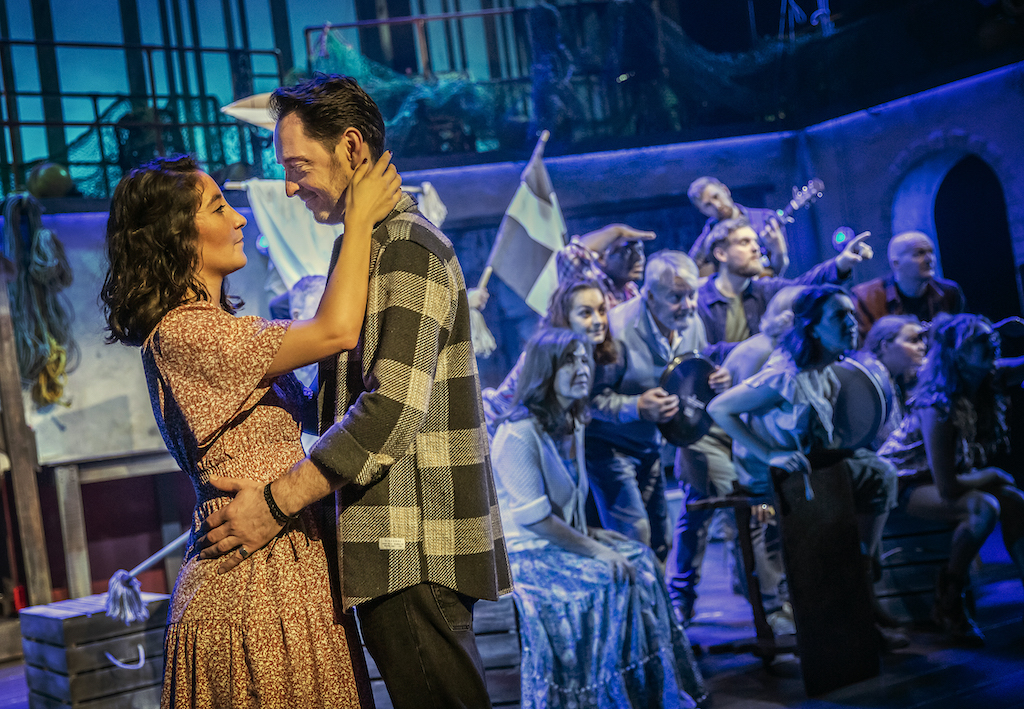 The idyllic beauty is also a big draw for outsiders. She tells us “emmets” have been diluting the fishing village in Cornwall. Penhaligon explains  “emmet” was a Cornish term she grew up with. It was a word that described as similar to an  ant invasion and not exactly a compliment. “They are tourists and incomers interested in buying their second homes or holiday lets,” said Penhaligon.  Like many appealing and picturesque  places the demand continues to rise which in turn makes it financially challenging for locals to continue to live the life they’ve been accustomed to. Young families, and particularly singles mothers, are on waitlists in hopes for affordable housing. This is part of the storyline that is all too familiar.

So, how do the local Cornish people feel about this musical, which was also made into a documentary? Penhaligon tells us this show opened last year at the Hall for Cornwall and it was a sell out. “Apparently the audience went wild,” she explains. “I think there’s an enormous feeling of our identity being recognized now. We’re actually going back next year and I can’t wait. I’ve heard the audience sings along1”

Being Cornish, Penhaligon said she’s really happy to be in this musical. She explains that Cornwall is often lumped in with the rest of the country. However, Cornwall is more like Ireland, Scotland and Wales. “This is the first show to come out of Cornwall that is describing the culture and there hasn’t been any another show to do that. It invites you into this village even though in some ways it’s a fantasy village but there’s enough Cornish culture in the show so people can get the idea of what life was like.”

I mentioned how this musical brought me back to my recent travels to Ireland. That feeling of being in a quaint seaside village where everyone was friendly, all heartwarming memories.

“That’s wonderful!” as she beamed. ” I wouldn’t ever want this to move to a generic musical format. You would lose its uniqueness which is Cornish.”

I wondered if this was Penhaligon’s first time in Toronto but was surprised to learn that she was actually here in the 70s making a film in Collingwood. But while she’s here working on this musical, she hoping to get to a few of the art galleries on her time off.

The North American Premiere with the original U.K. Cast  of Fisherman’s Friends: The Musical is on stage at the Royal Alexandra Theatre in Toronto until January 15, 2023. For more information visit their official website here.

Just for fun, I googled more Cornish terms and some slangs…

Dreckly: as in, I’ll be with you directly, or soon.

Yer’tis: translates to here it is!

Wasson, shag?: What are you up to, friend? How are you?

E’s teasy as’n’adder: means to keep your distance, as someone’s not in a good mood.

Mygar, tizzardlee on!: My god, the tourists can’t park their cars there!