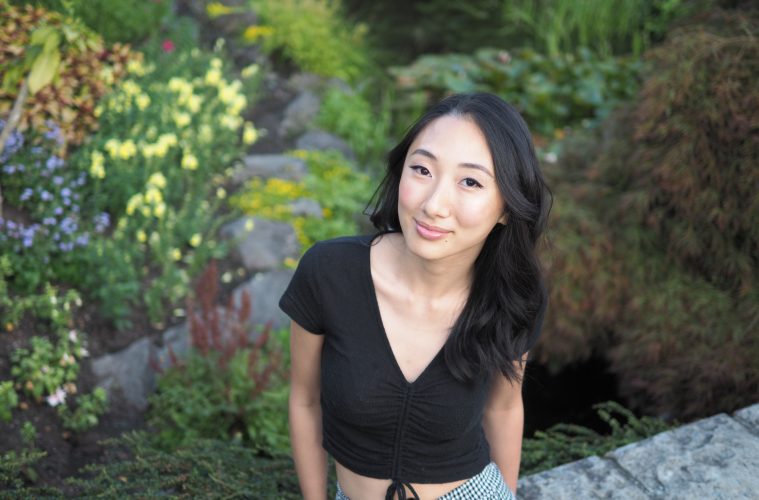 A self-described “stream-of-consciousness” storyteller, Andrea Jin is a rising star in Canada’s comedy scene known for her subtle delivery and hard-hitting punchlines. Her hilarious observations about family, culture and the world around her are both clever and eminently relatable.

With the release of “Grandma’s Girl” on Jan. 29, 2021, Andrea joins 604 Records’ talented and growing roster of comedians at the label’s comedy arm, Comedy Here Often.

Born in Shanghai, Andrea immigrated to Vancouver at 10 years old and taught herself English by watching sitcoms and stand-up comedy with Chinese subtitles. Her weekly podcast “I F****d Up with Andrea Jin”, is an irreverent and refreshingly honest show about the pitfalls of everyday life and how, despite our differences, we are all just people who make mistakes. She has been featured on Vice Canada and the Vancouver Sun among other media outlets.

Andrea, 24, has performed at JFL42, JFL Northwest, SiriusXM’s Top Comic (National Finalist), Seattle International Comedy Competition (Semi-Finalist), Winnipeg Comedy Festival for CBC and is part of both the 2019 and 2020 JFL Northwest ‘Best of the West’ Comedy Album. She is an established performer in Canada’s stand-up scene having performed at her home club, Yuk Yuk’s Vancouver, and on high-profile comedy stages across the country.

If there was ever a time we needed a good laugh, it would be right now. I checked in with Andrea recently to learn more about her and the new album release!

AJ: My first time was at my university’s student lounge, it was a show put up by the comedy club at the school and it was the first time I had worked hard on anything at university for two years. I was in school for business and was awful at it, but also uninterested. So doing a standup set that I worked hard on was very rewarding and awakening. The set didn’t go very well because the lounge was loud, everyone was eating, and trying to talk to their friends, but fun for me nonetheless.

Where do you draw your material from? Anything off limits for you?

AJ: I draw my material from my personal and everyday life. Anything that makes me laugh will get a run onstage and if it works, I keep it in the act. So it’s whatever I find funny curated by a week’s worth of show audiences. A lot of my material in the debut album relates to my identity and my family, particularly my grandmother who I am very close with.

Nothing is really off limits. I guess I don’t like to joke about my body and body weight in general because I know how it feels to be judged for that and it’s very trivial. I want every person of every body type to feel good about themselves as they should.

Coming from an immigrant family, what was your parents reaction to your interest in comedy?  BTW, I’m Chinese and my parents had different expectations of me when I was growing up – they still don’t understand what I do.

AJ: Yes, I totally relate to that, they definitely don’t understand what it is I do either, so I would say their reaction was and continues to be just confusion. At first they kept asking me to go back to school, but eventually they gave up and realized that I’m just going to do what I want to do. My family has always been pretty chill though, because I’m an only child born under the one child policy, they have no leverage. 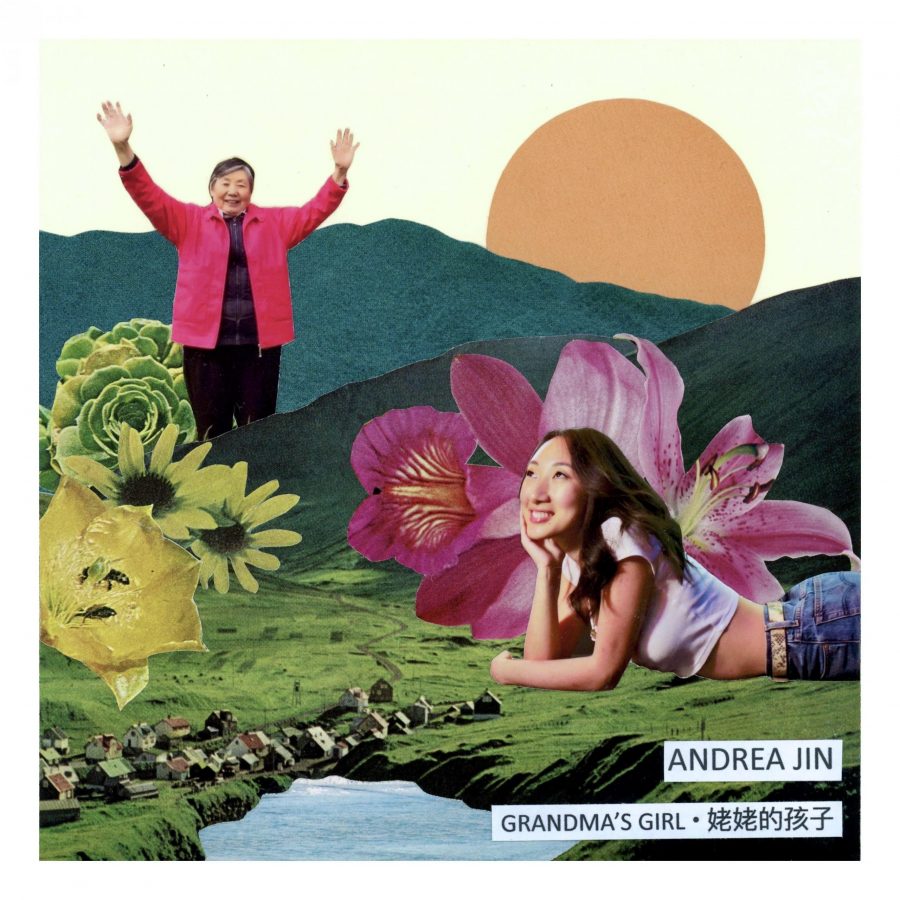 AJ: Actually my family are the total opposite, they would tell all their friends that I do comedy, or how they would describe it as “talk show style public speaking”, which is wrong but I appreciate the support. They are bad at giving me compliments though. I brought them to a show once and afterwards they said that I was the tallest, which is a nothing statement and also I was not the tallest, so it was wrong.

Can you tell us about your podcast and what do you love about this medium?

AJ: I started the podcast after I did my first set in a theatre, which is a big milestone for newer comedians. On top of that, it was also for a massive Canada wide competition, so it was a very intense experience. I ended up not having a good set because of a string of mistakes leading up to the show, like a month’s worth of mistakes that I thought were funny in hindsight. I wanted a place to air out these mistakes and I feel that in this day and age, people are obsessed with seeming perfect, when we all fuck up majorly all the time and it’s okay.

I love podcasting because it feels like a deeper connection between you and the people that enjoy your comedy. It makes me feel more understood. 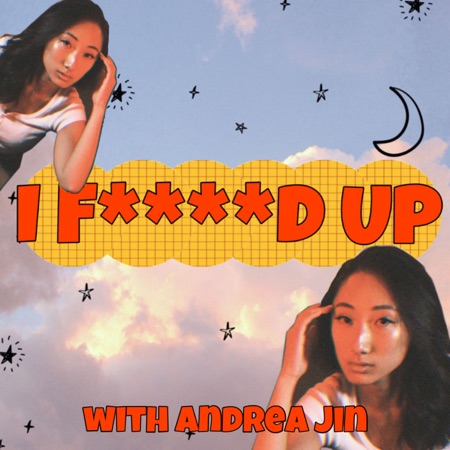 We’re seeing more Asians in comedy – Ali Wong, Awkwafina, and Celeste Yim has recently joined the writing crew on SNL. What kind of challenges and obstacles have you faced as a female and/or asian in comedy?

AJ: There are definitely different sets of challenges I face as a woman and as an Asian person. As a woman, I find that we all have to struggle with trying to be taken seriously and proving ourselves to be as good and sometimes better than the boys.

As an Asian person, the challenges are being relatable enough and accepted by a North American audience. When white people go on stage, they are seen as one of their own without them needing to speak a word, whereas going on stage as an Asian person, I am seen as ‘the other’ by certain audiences. It’s definitely more prevalent in the suburbs, but I’ve gotten plenty of racist heckles in the city as well, I’ve heard it all, it takes more to hurt my feelings though than to just point out my race.

Did any other stand-up comedians give you advice on the industry?

AJ: Yes, I regularly receive meaningful, incredible advice from comedians I look up to and I am so grateful for that. There are honestly too many to name, but they’ve all helped me out so much. It’s a lovely community here in Canada and Vancouver in particular.

Covid obviously has stopped live performances for now in a traditional sense. What have been silver linings for you during this time?

AJ: I’ve been taking this time to learn screenwriting, which is something I cherish so much now that I am doing it. It’s such a great medium to tell jokes and stories that are meaningful to me and I’ve been having a lot of fun with it. I was able to use this time to develop a few show pitches and write a short film.

What else is in the works for you?

AJ: I am very excited for my debut album coming out January 29th. It features all of my best jokes from the last 3 years of doing standup and I can’t wait to show everyone my work, I am very proud of it.

Now I am quietly working on jokes to try at shows again once they start back up. I am also writing scripts and I hope to make these projects as well.

If you were granted three wishes what would they be?

Andrea Jin’s comedy album “Grandma’s Girl” is set to drop on January 29. Check out comedyhereoften.com for more information.  In the meantime, listen to her weekly podcast “I F****d Up with Andrea Jin”, guaranteed to make your day.

Thanks Andrea for taking the time for this interview!