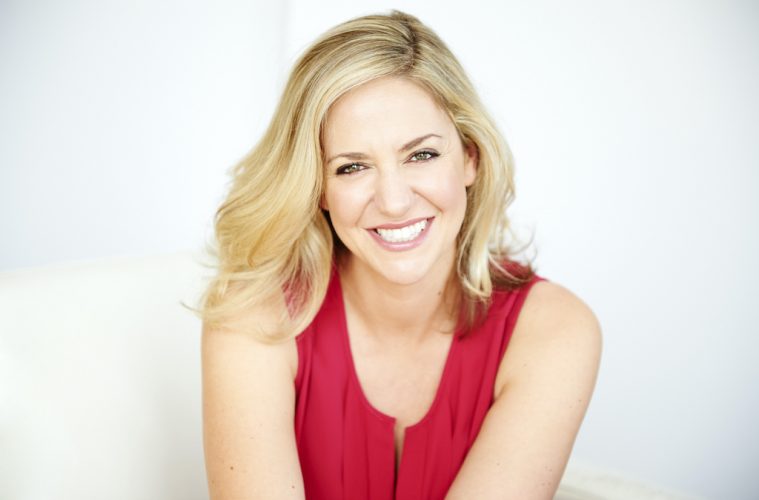 L.A.,Trump and Covid from a Canadian Comic’s Perspective

Award-winning Canadian comedian, Leslie Seiler, has recently released her first comedy album Check for Snakes …and she definitely has a few things to say! Leslie is from Halifax, lived many years in Toronto, and is now living in L.A. The focus of this comedy album is Leslie moving to L.A. in 2016 and experiencing the Trump and Covid era from the perspective of someone from Canada.

Leslie’s album skewers her Canadian roots, the all too obvious news, being quarantined in a one bedroom apartment with her husband, moving to America in 2016 (oops) all before she gets to the most important issue facing the world today, Snakes. She wraps things up by regaling her time as a server at the illustrious restaurant chain, Margaritaville.

You can order Leslie’s ‘Check for Snakes’ album here! 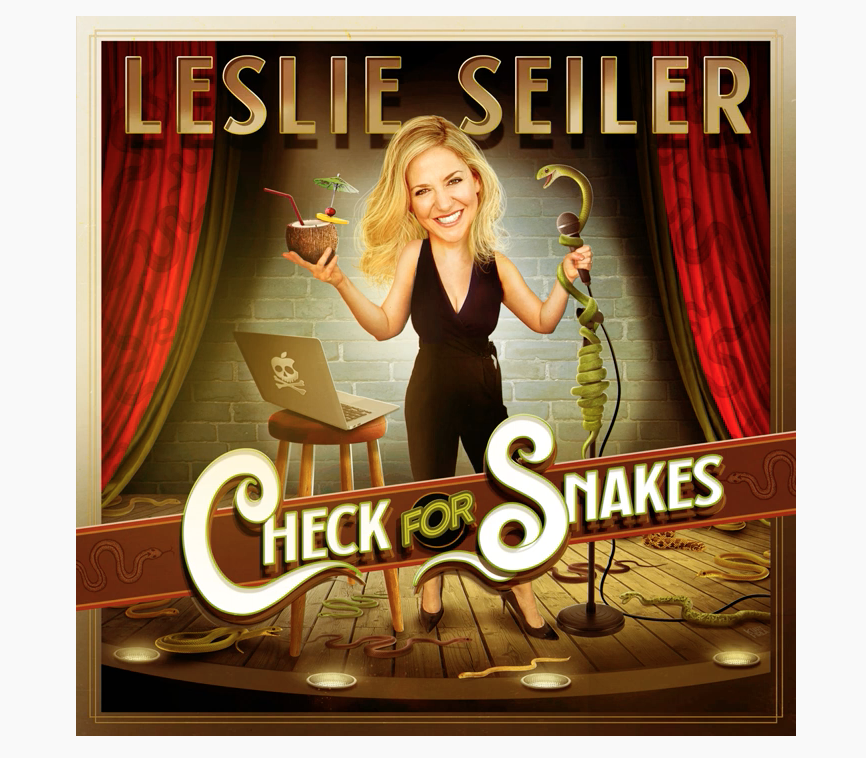 We had the chance to chat with Seiler as her comedy album continues to make its way into the ears of the world.

What was your “aha” moment that convinced you to pursue a career in comedy/entertainment?

Leslie: Believe it or not, I was 9 years old. My mum took me to see “Cinderella” at Neptune Theatre in Halifax, and I literally turned to her at one point and said “I want to do that!” In the program they were advertising acting classes for kids. My mother didn’t skip a beat and said “Look, they have classes!” She signed me up and the rest is history.

What is it about stand-up comedy that you love?

Leslie: Of course, making people laugh but what I really love is connecting to an audience. I love when something resonates with them. You can always tell when a joke hits something personal and relatable. It’s the kind of laugh that says “that’s true – that’s exactly what it’s like!” In addition I love when I have enough time to really talk to an audience and have a little back and forth. It makes the whole experience more personal for everyone.

You’ve also landed some roles on television — what’s the best thing about that?

Leslie: The best thing about booking a TV role is being part of that team working together to create a show. Being on set is such a cooperative experience. If you are coming on a show for just a few days, you always feel like you are walking into a family and you are a special guest in their home.

When I’ve been lucky enough to be on a set for more than a day or two, it is about the relationships and the fun. I love the inside jokes, the botched takes, the opportunities to improvise (if they give them to you) making a director laugh, all of those little moments make this work unique. Oh, and the catering! The food. The constant snacks. That should have been number one!

Leslie: Haha! Of course you did! In my defence I had been working on my Green Card Application for almost 2 years and got the letter saying it was accepted about 8 days before the 2016 election. I think it’s fair to say we were all, what’s the word I’m looking for, SHOCKED, that we were no longer coming into Hilary’s America.

Of course my husband and I had a moment of “Oh my god what have we done?” but truthfully I think at that moment we had no idea how bad it was actually going to get. We had already invested so much time and money into the move we thought “Let’s see what happens!” Well we’ve seen how bad it got, how horrific and we’ve experienced it now from the inside. I can say it’s certainly been an experience and it has definitely inspired a lot of my comedy. So…silver lining?

You also work in Canada into your stand up? What are Americans surprised to learn about?

Leslie: I say this with love – but everything. Ha! Americans, typically, know very little about Canada and are surprised by all of it. But the biggest thing would be Universal Healthcare, they just do not understand it as much as I don’t understand paying $7000 to get 10 stitches.
The propaganda machine in this country has sold Americans a bill of goods, painting Canadian healthcare as a disaster. They think we die waiting for treatments, that our taxes are so much higher than theirs, that the quality of our care is garbage – it’s remarkable to hear them talk about it. They are also surprised that there are months out of the year where it doesn’t snow! When I tell them how hot it can get in Southern Ontario – they are blown away and then always finish the conversation by saying “But it still snows right?”

In a fun way, you’re kinda educating them?

Leslie: Oh absolutely. I have stuff in my act about Healthcare, about geography, about the aforementioned weather and how, spoiler alert – we don’t pay more taxes than them! I’m working on new material about the big differences between our countries and then fun facts like how we don’t have dollar bills anymore.

American audiences do like it – as long as I don’t make fun of them or their country TOO much. I have learned that Americans don’t love self-deprecating humour as much as Canadians do so you always have to watch that line if you don’t want to turn off the audience.

Tell us what inspired your  ‘Check for Snakes’ album? And where did the name come from?

Leslie: I’ll start with the name. It comes from my real, extreme terror of snakes and the fact that they can coil up and be literally hiding anywhere. I don’t trust people with pet snakes as they are always escaping! (Also, as an aside, does that snake really love you? Why is THAT the pet you’ve chosen!) You read all the time about this pet python getting out and going into the pipes, or this pet boa constrictor gotten loose in a mall.

They can and will hide ANYWHERE. Even rental cars. Ever since I read an article about a Hertz rental car employee in Texas who found a snake in a returned vehicle I always check the back seats of rental cars for snakes. I have a whole section about snakes in the album and I do believe for your own safety – you should always be checking for hiding snakes.

As far as inspiration for the album, over the pandemic I was using the time trapped in the house to write and try new material out over Zoom. I was doing open mics basically 3-4 nights a week from my bedroom. I started to realise that I had a cohesive 30 -40 minutes that touched on moving to America, the pandemic but also some pre-pandemic life. It all started to feel like it belonged together in one piece and I said to myself “this is an album”. I filled in some gaps and suddenly it was 50 minutes of material. So it sort of revealed itself, if that makes sense.

Lockdown here in Toronto was so loooong! We were all baking sourdough bread, drinking Dalgona coffee all for Instagram of course. So, what did you do to pass the time – how did LA people deal?

Leslie: Oh, there was a lot of sourdough baking going on down here – shockingly, I never partook but it was all around me. My best friend lives here and she has a pool, so my husband and I formed a very tight bubble with her so that we could see each other. We did not see any other people and none of us worked outside the home.

We would pack up our cat and go to her place for long weekends or even weeks at a time. We spent all the holidays together. We’d have our own pool parties and it was kind of like cottage life but, the LA version. It definitely helped to keep us sane. Oh and wine – lot’s of wine.

In general people in LA coped by doing outdoor activities. “Park Hangs” became more popular than ever and if there is one thing I hate – it’s just hanging out in a park in 40 degree heat doing nothing. It was my nightmare coming to life. Which is why I stuck to the pool bubble and of course writing comedy and doing Zoom shows. Oh! And I also got certified as a group fitness instructor, something I’ve always wanted to do.

What’s coming up for you next? Any projects you can share with us?

Leslie: Coming up, I have the Burbank Comedy Festival in August, so I’ll be doing two shows there. I just wrapped up two other festivals in Hollywood, which are always such a great time to see and connect with other comedians. Besides promoting “Check for Snakes”, I’ve decided to go from an audio album to a video one!

So I am starting to put together a filmed special. I am currently in the writing stage, which is exciting, because right now anything is possible. I will be hitting the open mics and any stages I can to try new material as I create this next project. Also it does not have a title yet – so I am open to suggestions.

What do you miss most about Toronto or any other thing else about Canada?

Leslie: Sigh. How much time do you have? Moving to America, 2016 or any other year, has never made me love and appreciate Canada more. It truly is an incredible country. And Toronto, a wonderful city. I miss being able to take transit everywhere and having a real downtown. LA is so spread out that it can be a very isolating place. And you have to drive everywhere, you can walk for an hour in LA and get nowhere – it’s such a weird place. I miss Jays Games, King St., Patios, the waterfront, being close to my friends and escaping to Muskoka, stopping at Tim Hortons on the way.

Canadian things I miss – I bet you can guess the first one – HEALTH CARE. But also the seasons. I know I shouldn’t complain about Southern California’s 340 days a year of sun but honestly – it’s boring. I miss Spring and Fall, I miss cozy sweaters and the snow! Basically I love you Canada and although I’m on an adventure right now, you will always be home and I am never, ever giving up my Canadian passport.

Now, she’s a Second City Toronto alumni who performs at The Second City Hollywood. She’s also performed at countless comedy clubs including Flappers Comedy Club, The Comedy Chateau, The Fourth Wall Hollywood and The Second City (Toronto, Chicago and Hollywood) and has been featured in festivals such as, The Burbank Comedy Festival, Laugh Riot Grrrl, The Boston Women In Comedy Festival, Chicago Sketch Festival and the Toronto, Halifax and Hamilton International Fringe Festivals.

You may also recognize Seiler on film and television with credits including: Superstore (NBC) Saving Hope (ION/CTV) How to Buy a Baby (CBC) Comedy Inc, (CTV) Twitches Too (Disney) 24 Hour Rental (Hulu), Degrassi: TNG (The N), The Ron James Show (CBC) She can also be seen selling everything from soup to cell phones in over 30 commercials over the years.

Thanks so much for your time, Leslie! You know, Toronto will always welcome you back anytime! xx