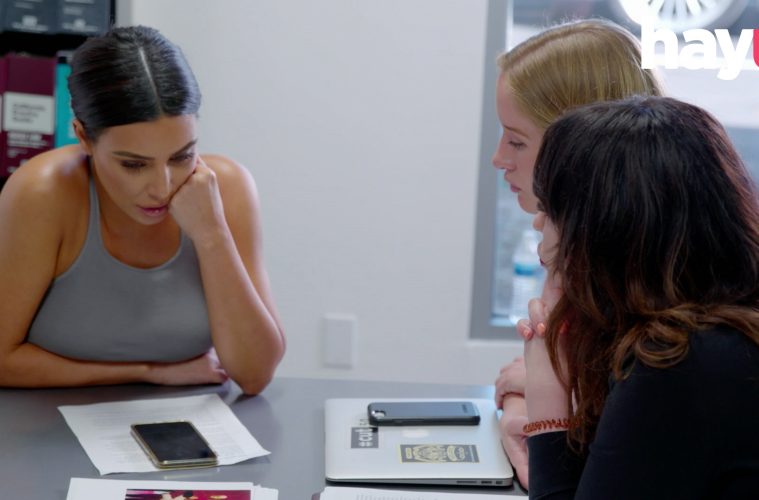 Kim Kardashian West: The Justice Project is a new two-hour True Crime documentary following Kim’s efforts to secure freedom for Americans who she believes have been wronged by the justice system. It is available to stream and download on hayu starting April 6. Yes, THAT Kim Kardashian West but before we place any judgment, let’s learn more?

With 2.2 million men and women behind bars in the United States, more than any other country, Kim Kardashian West is making it her personal mission to address the criminal reform crisis and make an impactful change. This documentary is an inside look at Kim’s efforts to secure freedom for Americans who she believes have been wronged by the justice system.

“I partnered with Oxygen to do the ‘Kim Kardashian West: The Justice Project’ documentary because there are millions of people impacted by this broken justice system, and I wanted to put faces to these numbers and statistics,” said Kim Kardashian West, Executive Producer.  “There are a lot of people who deserve a second chance, but many do not have the resources to make it happen. I want to help elevate these cases to a national level to effect change, and this documentary is an honest depiction of me learning about the system and helping bring tangible results to justice reform.”

In Oxygen’s two-hour documentary “Kim Kardashian West: The Justice Project,” after hearing the story of Alice Marie Johnson, a great-grandmother serving a life-plus-25-year sentence as a first-time nonviolent offender, Kim Kardashian West embarked on a road to advocacy as she campaigned for criminal justice reform and helped convince the White House to grant Alice clemency in June 2018.   The show captures Kim as she lends a hand to right injustices and advocate for change by exploring the cases of Dawn Jackson, Alexis Martin, Momolu Stewart and David Sheppard, all of whom she and the legal experts she is working alongside believe have been unfairly sentenced.

The documentary follows the origins of their individual stories, revealing the devastating circumstances that led them to take the actions that changed their lives forever. In her crusade to shed light on the criminal justice system and help people who are impacted by incarceration, Kim travels to the prisons, speaks to the families and friends, lobbies public officials, and consults with lawyers as well as her own legal team from #cut50 to develop strategies to facilitate their release. Along the way, the film documents the progress that led to Momolu Stewart’s and David Sheppard’s releases. It also highlights Kim’s growing understanding of mandatory sentencing, the damaging problems of mass incarceration, and the importance of educational programs and rehabilitation efforts for a successful re-entry into society.

How many times have we wished for those in a position of “influence” would use their power to do something meaningful? Okay, Kim…I’m curious.

What else is coming to hayu reality on demand streaming service?

March 27: Keeping Up With The Kardashians (Season 8)