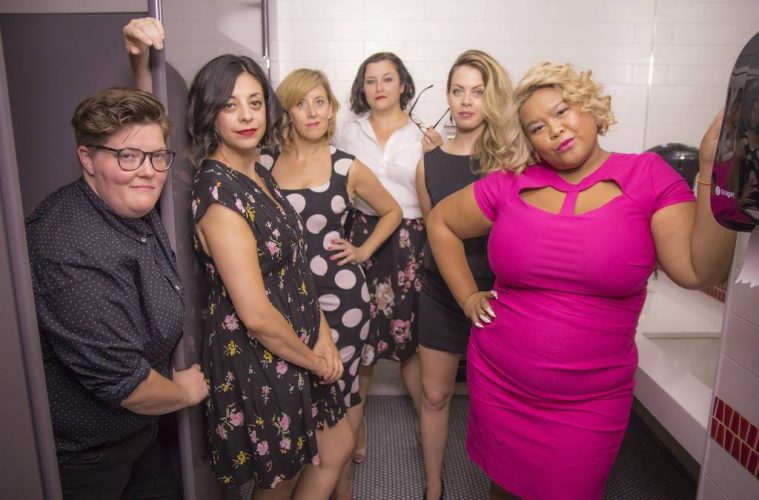 Karen Parker and the fearlessly funny women of SHE THE PEOPLE

Who else needs a night of filled with laughs right about now? Grab your friends and get ready! The fearlessly funny women of The Second City are returning with their Canadian Comedy Award-winning sketch comedy show, SHE THE PEOPLE, from February 4 to 9 at the CAA Theatre.

With the entire female all-star cast including Tricia Black, Ashely Comeau, Paloma Nuñez, Karen Parker, Ann Pornell, and Kirsten Rasmussen is ready to take on everything from having it all to having that sick feeling that the government is taking us back to the Middle Ages.

SHE THE PEOPLE is written by Carisa Barreca and Carly Heffernan and the casts of The Second City, and directed by Carly Heffernan. You can visit the site here for tickets and more info: www.mirvish.com

We checked in with Karen Parker, the 4-time Canadian Comedy Award-winning, Dora nominated actor and alum of the Second City Toronto Mainstage comedian ahead of the performances to find out more! 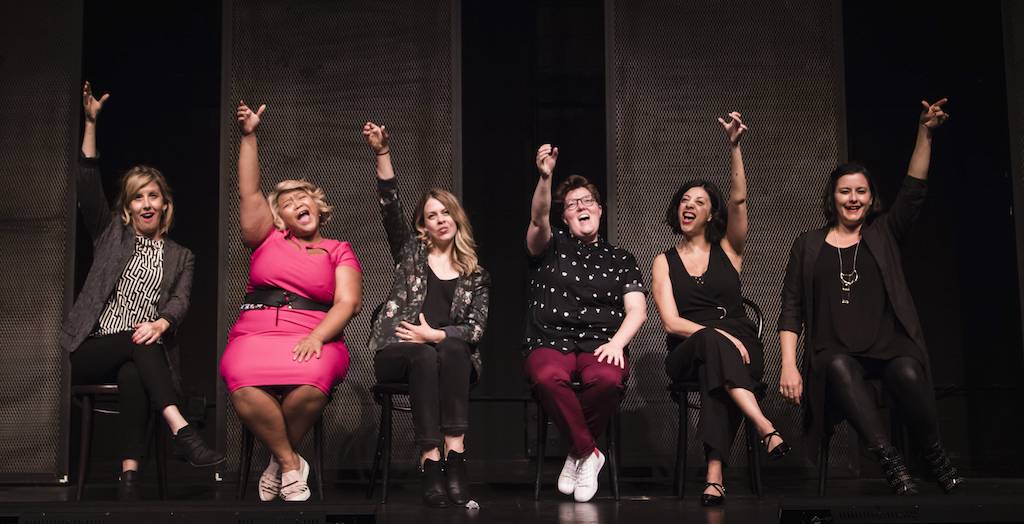 How did you get started with The Second City?

KP: Right out of theatre school someone suggested I take improv classes because “ was funny”. Yes, it was a boy and yes I had a crush, so I did.

We didn’t get any improv training in theatre school back then so I signed up. I fell in love (with improv, not the boy) and it just made sense. I had great teachers who encouraged me. Eventually, I auditioned for the generals, got a callback and absolutely BOMBED! Then a year later tried again and made it into the company as a “swing” where you understudy. Then I just worked my way through the ranks.

As a woman in comedy, what has been the biggest learning curve?

KP: That I need to stand up and advocate for myself.
Also just because men think and act like they are funnier it doesn’t mean they are.

What’s been one of the most gratifying moments in your career so far?

KP: This past year I had the privilege of performing She The People at Just For Laughs in Montreal which was amazing, and then immediately after hopped on a plane with my best friends and sketch troupe, The Lusty Mannequins, to perform our original comedy review at the Edinburgh Fringe Festival. We had several sold-out shows and spent a month in a fabulous city. I don’t know how to top that. Also while taking a promo picture for our poster, Sting photo-bombed it and took a picture with us!!!

The news has no shortage of content for the writers of this show. Anything that was unanimously agreed upon to be included this time around?

KP: Not really. Some of it is archival so we just update the references based on what’s going on today. Obviously, Trump is a big one. Ugh.

KP: Honestly if you are smart and making a satirical point about something then you should be able to tackle any subject.

However, that being said the audience will turn on you if you go near:
Sexual assault
Domestic violence
Child abuse of any kind
Racism, Transphobia and Homophobia – unless you are satirizing the racists and homophobes themselves in which case they deserve to be called out.

The show is written by women, performed by women, for women. So, what should “that guy” know before coming to see this show?

KP: We like to say female-identifying. But for that “guy” he should know it’s a show for everyone. We address all kinds of issues and also poke fun at ourselves.

When people see it’s an “all-female show” they think that means it’s a man-hating show and that is not the case at all. It’s a show that takes a look at the world around us through the lens of being a woman. Plus it’s super funny, smart and sometimes naughty!

The best advice anyone has given you for your career?

KP: As artists, we often feel that what we do is who we are and our self worth is wrapped up in that.
When we don’t get to do it we often feel worthless and pointless.

An instructor once told me to find something else other than performing that you love to do, so when work is slow and you are in the lean times then you have something else to do and your value as a human is not diminished. It took me a long time, but I get it now.
I took up furniture restoring and painting. It gives me control over a project and I get to see it through to the end. I get out of my head and into my hands and body. It’s very satisfying.

Karen is a 4-time Canadian Comedy Award winning/Dora nominated actor and an alumnae of the Second City Toronto Mainstage. She has Assistant Directed two MainStage shows, was Director of the National Touring Company, Family Co. and House Co. She has performed with theatre companies across Canada. Selected film and television credits include: What We Do in The Shadows, TallBoyz, Mrs. America, Designated Survivor, Odd Squad, People of Earth, Baroness Von Sketch Show, Hemlock Grove, Beauty & The Beast, The Firm, Saving Hope and Being Erica. When not performing she is an acting and improv instructor at the Second City Training Centre and Making Box Theatre. Karen also travels the world performing with the Lusty Mannequins most recently at the Edinburgh Festival as well as facilitating corporate improv workshops and has worked with companies such as Royal Bank, Rogers, PWC and Deloitte.