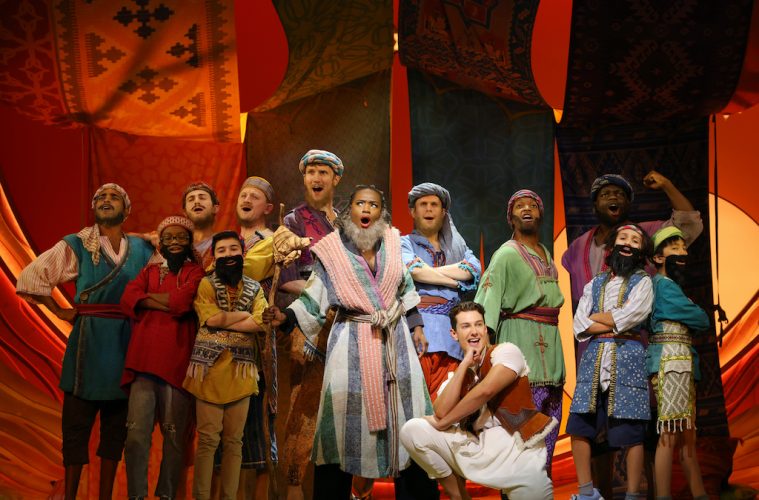 There are two camps for Joseph and the Amazing Technicolor Dream Coat — those who have never seen it and those who love it. The Tim Rice and Andrew Lloyd Webber smash hit musical has arrived in Toronto at the Princess of Wales Theatre and it’s full of big energy.

Through the eyes and ears of myself, a first timer, and my friend who has seen “Joseph” many times (it’s his favourite musical he tells me) we weighed in together on this spectacular production.

What’s it about? The story is set in biblical times in the Book of Genesis. The Narrator starts by telling a story to a group of kids sitting around a campfire about Joseph and the Amazing Technicolour Dreamcoat. She is the thread that keeps all the stitches together in this storyline. Jacob had 12 sons but Joseph, a dreamer, was considered his favourite. All the brothers knew it.  Joseph was given this amazing colourful coat from his father and the siblings all became very jealous. They schemed to get rid of him when they realized that he would soon be ruling over them and sold him as a slave with hopes to never see him again. Joseph had the skill of interpreting dreams and this became invaluable to the Pharaoh. He quickly became Pharaoh’s right hand man and proved to be invaluable to him. Meanwhile, his brothers and family back at home now were starving and poor back at home so decided to travel to Egypt to beg for food and came across the unrecognizable Joseph. 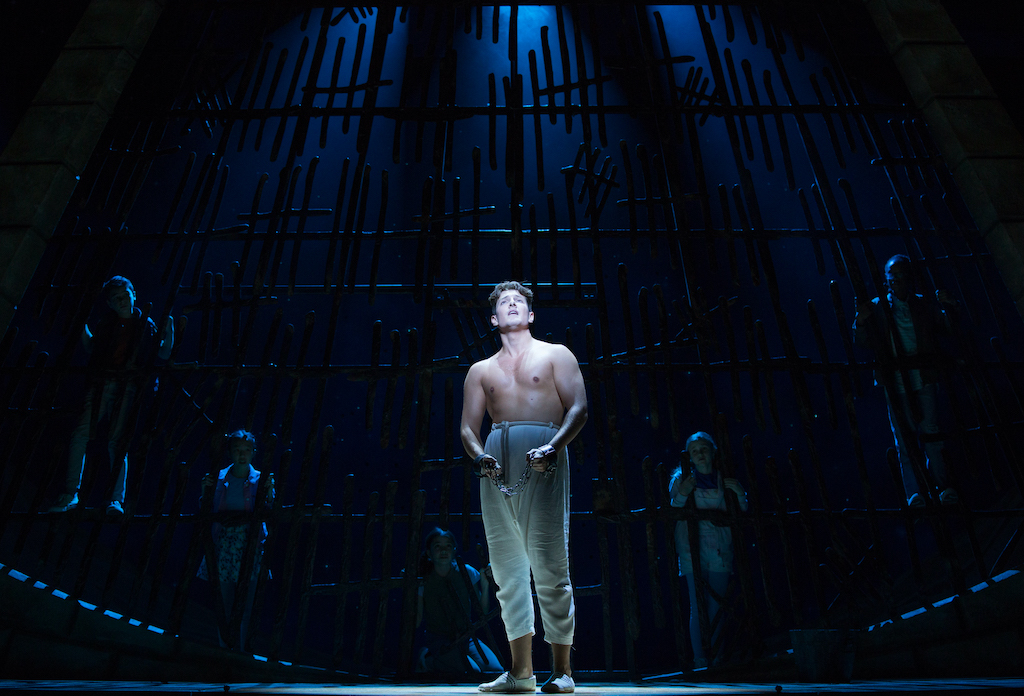 This lavish new London Palladium production also stars Jac Yarrow as Joseph who, from what we’ve learned, was discovered by Andrew Lloyd Webber for this role. Big coat to fill as many still associate Donny Osmond with the role. According to my friend who’s seen the role played by Osmond,  Yarrow is just as impressive as a fresh-faced Joseph who spends half of his time on stage buff and shirtless.

Equally strong is Tosh Wanogho-Maud who takes on the fun role of the Pharaoh. His high energy Vegas-styled show-stopping moments on stage had the audience hollering for more! 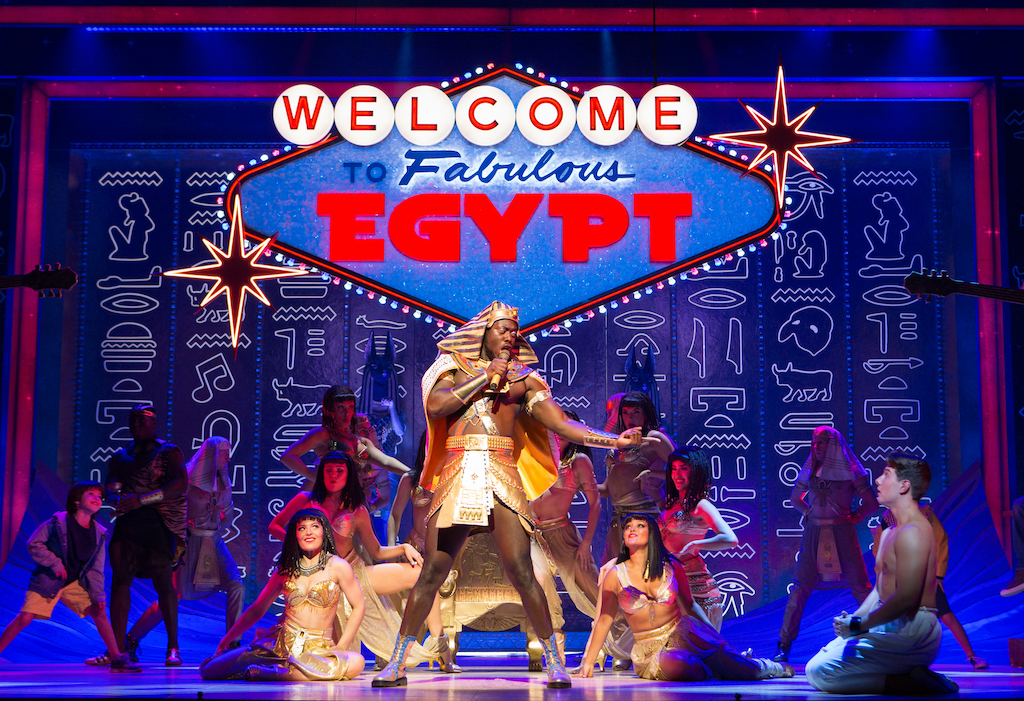 All eyes were also on Vanessa Fisher as the Narrator. Not only because she’s a dazzling multi-talented singer, dancer and great storyteller but in this particular production she also takes on other roles including Jacob (the father)  — and she does it all without breaking a sweat! She chatted more about this in our recent interview here. 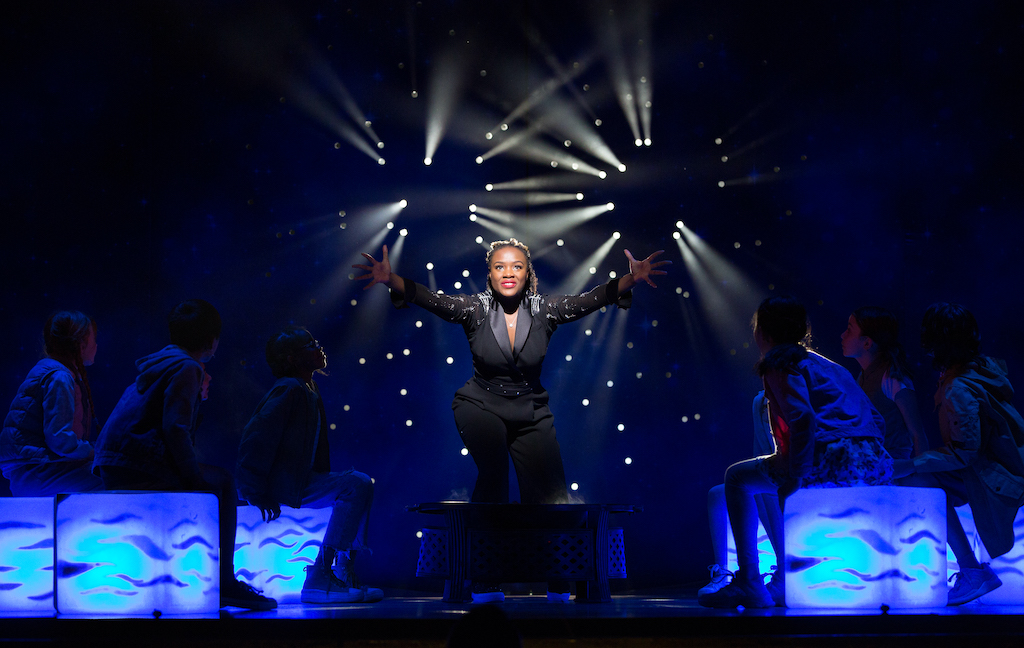 There are 25 members to the cast of this colourful production and what fans of this musical production can also look forward to is a twist on the roles of the brothers. The unique casting incorporates child actors in the roles that have traditionally all gone to adults making this a very appealing show for families. All the children are Canadian grown talent and just like the adults in the show there’s a lot of singing and choreography that requires them to cleverly weave in and around the rest of the cast. At times it appeared as though the entire cast was on stage and it was remarkable how they all moved around without any collisions. Watch for a few injected modern day moves and props too!

Andrew Lloyd Webber and Tim Rice have the musical theatre formula down pat and it was Joseph that actually launched their collaboration projects. There are many high energy, head bobbing and lingering songs (Any Dream Will Do is soooo catchy!) that had the crowd singing and humming well after the show was done the night we attended. The show spans across several music genres and not just your expected haunting tunes – although a stand out is Yarrow’s Close Every Door sung with the children as his character, Joseph, is thrown into jail. This will satisfy all the Phantom fans – same chill to the bone vibe. But what was surprising were the western, pop, calypso, and  jazzy numbers all tossed in for the masses. If a musical was a buffet this one went to town. It’s very entertaining and suitable for families (except for a few gyrating moves).

The stage set designs (Morgan Large) are as elaborate as we had hoped being a Rice-Lloyd Webber musical. At times the stage offers a rich and colourful souk at other times it plunges into the depth and coldness of a dark jail. Keep an eye out for the opulent space of gold and the wall filled with hieroglyphics – it has a few “Easter eggs”.

This production had its premiere in the summer of 2019, opening to rave reviews and playing to sold-out performances. The engagement was so successful it was immediately booked to return in 2020. However, the pandemic delayed it until the summer 2021, when it returned to the London Palladium for a second sold-out season. It has since been touring throughout the UK and in Ireland to great success. The Toronto engagement is the production’s North American premiere.

Joseph and the Amazing Technicolor Dreamcoat brings all the big energy on stage at the Princess of Wales Theatre in Toronto through to February 18, 2023. Tickets are from $39 to $185 only through Mirvish.com or by phone at 1-800-461-3333.