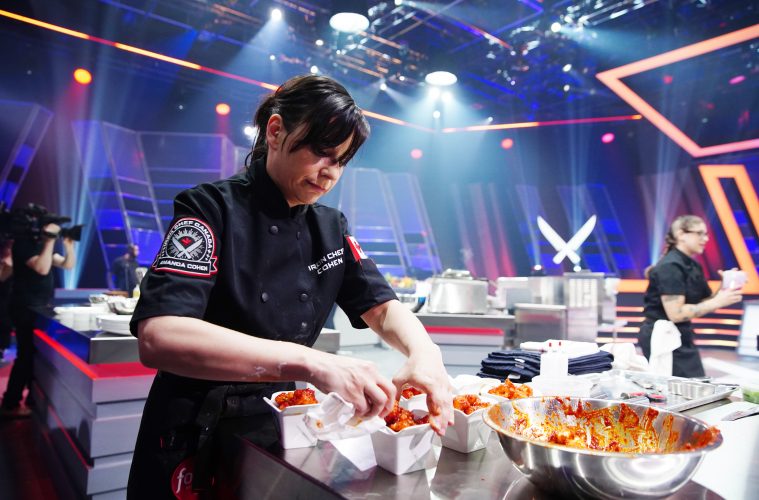 Amanda Cohen may originally be from Canada, but she’s famous stateside for the being an ambassador for the green movement, ushering in veggies as mains and offering elevated dishes at her eponymous NYC eatery, Dirt Candy. Her recipes are rooted in her expertise from decades of cooking, and her dream of owning her own restaurant, became a reality, which is now one of the most sought after reservations in the city. In other words, she’s legit. Chef, owner, cookbook author and now Food Network Canada’s Iron Chef Canada competitor, we chatted with Amanda on how she got her start, and what it takes to stay on top.

Libby Roach– We have a lot of readers who are vegan/vegetarian so we’re excited to speak to you! You basically single-handedly orchestrated the veggie-only movement in New York City, a feat in and of itself, but even more impressive noting you’re a Canadian, and a woman. Let’s face it, the ratio of women chef/owners to their male counterparts is unbalanced to say the least. What inspired you to create Dirt Candy and how has the industry evolved since it’s opening 10 years ago?
Amanda Cohen– I opened Dirt Candy because I was pretty much at the end of my career. I’d worked in almost every vegan or vegetarian restaurant in New York City and my previous position saw me become collateral damage in a law suit between the two owners. My next job was opening a restaurant for some developers and I got fired off the project because I kept trying to make the owners confront some financial realities they weren’t willing to face. So there I was, jobless, and knowing that I had gone as far as I could up the ladder, and I realized that no one would ever allow me to make the kind of food I wanted to make, so unless I wanted to be frustrated for the rest of my life, I had to do it myself. The original Dirt Candy was tiny because that’s all I could afford.

Over the past decade, the industry has changed a huge amount, especially in New York. Right now, profit margins are worse than they’ve ever been, so running a restaurant in this city is really difficult. On top of that, there’s a shortage of cooks so it’s very hard to hold onto staff. There are jobs everywhere, so they have their pick and sometimes the second they see a higher salary somewhere else, or a place that’s an easier commute, or somewhere their friend works, they just stop showing up for work.

LR– They say imitation is the sincerest form for flattery, but I say that’s rubbish and you should try and be original and create something on your own two feet! Where do you stand on the countless iterations of veggie-based eateries in NYC and elsewhere?
AC– It’s rare that I go through a month without seeing a version of one of my dishes show up on someone else’s menu. I don’t mind, and I’m happy to have been an influence, but it does hurt when I’m written out of the narrative. Being a woman, and only cooking vegetables, puts me in the position where if a journalist can find a boy who’s done what I’m doing, they’ll give them the credit instead of me. I’ll never get used to that. 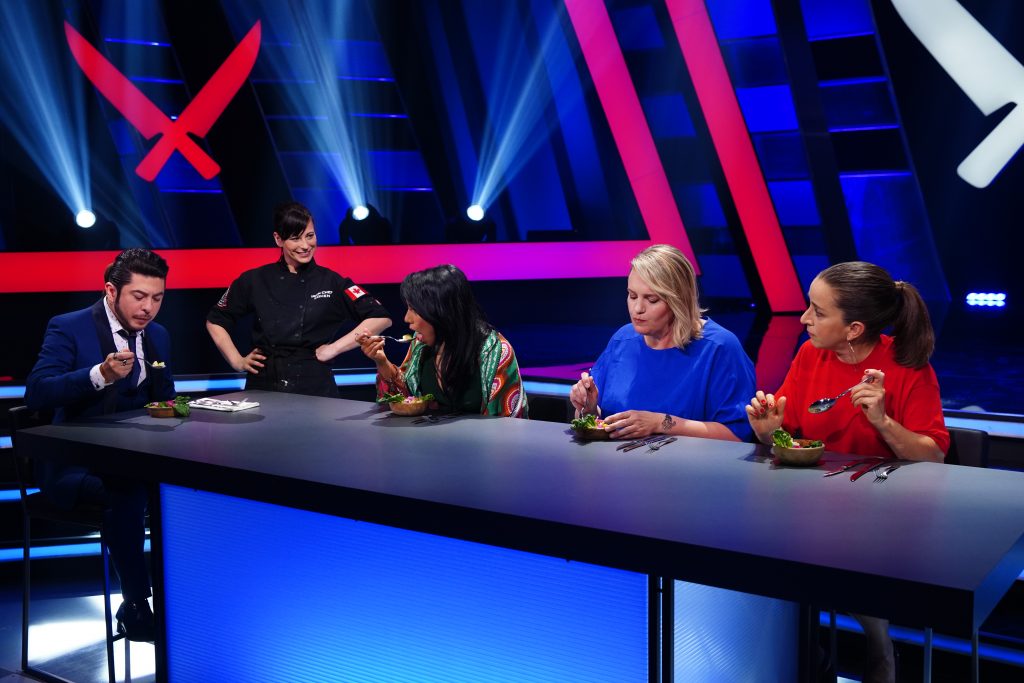 LR– When did you become a vegetarian? How did that evolve in parallel with your culinary career?
AC– I stopped eating meat to annoy my family when I was about 13, and just kind of stuck with it. I’ve been vegan, I’ve eaten fish, I’ve eaten meat, I sort of roam around all over the place, but at the end of the day I love my vegetables. Seeing broccoli or carrots on a menu always feels like bumping into an old friend and I always want to check out what they’re wearing. By eating them.

LR– You’re now a Canadian Iron Chef. How does your core belief system weave into the competition?
AC– Dirt Candy made me particularly well-suited for Iron Chef. I’ve spent over a decade cooking food where every dish focuses on one particular vegetable and goes deep: carrot dumplings where the dough is made with carrot juice, the filling is made of carrots, and the hoisin sauce is made with even more carrots; or cauliflower confetti cake where the icing, the cake, and the confetti bits are all made of cauliflower. I was born for this fight!

LR– You launched the first graphic novel cookbook. What was that process like?
AC– Hard. After my publisher bought the book on a proposal my agent sent out, we had our first meeting and they said, “So, let’s not do a graphic novel.” It was a real challenge to keep it as a comic book, and even then I had to make some compromises I wasn’t happy with. The world of cookbook publishing is very conservative and a lot of the ways it works are just because that’s the way it’s always worked, not because it’s the best way to do something. I’m so happy with the final product, but every step was a struggle.

LR– What advice do you have for women entering the culinary world? What is the best advice you’ve ever received?
AC– Don’t listen to anyone else giving you advice, make sure you have a clear vision for what you want to do that you can explain in one sentence or less, let lots of people look at your business plan, and then stick to your guns. And never, ever, ever give up.

Photos courtesy Corus Entertainment. Catch all the Iron Chef Canada action live Wednesday’s at 10pm, or and catch up on all the epic battles here.