Rustic Oracle is an award-winning Canadian film that follows the story of a missing teenage girl, told through the eyes of her seven-year-old sister. The story unfolds as young Ivy accompanies her mother Susan on a road trip with the hopes of finding her older sister, who suddenly disappeared from their First Nations community.

Featuring a predominately Indigenous cast and crew – including writer, director, producer and production team. The film begins its theatrical release in Toronto at Cineplex Cinemas Yonge-Dundas, now extended until October 1, 2020. Additional Canadian cities to be announced. 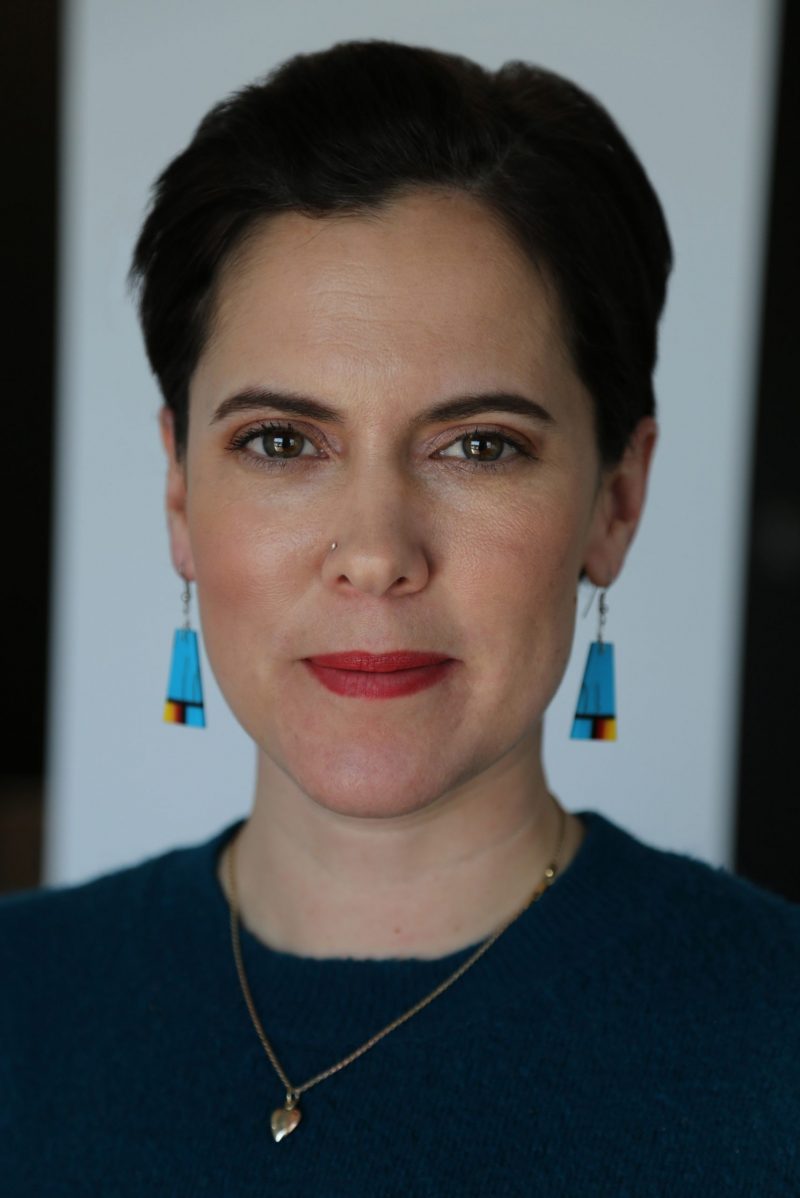 Can you tell us about how you came up with the title for this film?

Sonia Bonspille Boileau (SBB): There’s an ongoing metaphor that relates to flowers in the film. Growing, blooming, fading… And rustic oracle is actually a poetic term for a dandelion. I find dandelion’s quite fascinating. People tend to view them as weeds, when in fact they are probably the most useful and strongest flower. Their roots run deep and are incredibly sturdy. They contain powerful medicine and can be used to treat many ailments and diseases. When their flowers die and turn into a white fluff, you can make a wish and blow on the seeds. Those seeds go on to pollinate the world, carrying your memories and wishes with them. So there’s also a notion of memory, of childhood, of wishing for something…

The title also refers to the fact that Ivy is an insightful and wise little person, who can carry the story forward. An oracle of some sort, growing up in a rustic environment.

The story reminds us of the many families who have missing daughters, mothers, wives, and friends within our Indigenous communities here in Canada. This has been a concern for many years. I’ve heard that nearly everyone within the communities know someone who has been affected. When researching this film, did anything shock/surprise you?

SBB: I already knew quite a bit on the subject and so I can’t say anything shocked me. But it really saddened me. Reading about so many women and girls who were taken from their families, friends and communities, is heartbreaking. And maddening. How can someone NOT be mad at the fact that Indigenous women are more than four times more likely to be victims of violence than non-indigenous women in our country? But I had to step away from the anger, frustration and sadness in order to tell this story. Many cast and crew members had their own connection to the subject, and it was sometimes hard to put our emotions aside to do our jobs. Everyone knew someone who was directly impacted by Missing and Murdered Indigenous Women and Girls (MMIWG). We even had families on set with us. It is with love and respect for those families that we made the film.

During the shoot there were moments where reality kicked in and reminded us that we were not just telling a story… this is what so many families have gone through and are still going through. I remember one day in particular where both Carmen (Moore) and I were struggling to hold back tears, Lake (Delisle)’s wonderful mother came up to us and told us it was ok to cry. “The women are here with us helping us tell the story. That is why it is so emotional; it is because they are with us.” That brought us to tears, but they were no longer tears of anger or sorrow. We felt relieved… Like confirmation we were doing this for the right reasons.

What concerns you most about the unsolved cases?

SBB: First and foremost, the fact that there still seems to be a general disinterest in solving some of the cases. And, the fact that there are still so many misconceptions and judgements about who these women and girls are, or were. It amazes me that, in 2020, I hear people say missing Indigenous women is something that only happens on the West Coast, or is solely linked to the Highway of Tears, or mostly happened in the ’80s or ’90s. No. False. It happened and it is still happening today, everywhere in the country, and to women and girls of all backgrounds, ages and geographical regions. 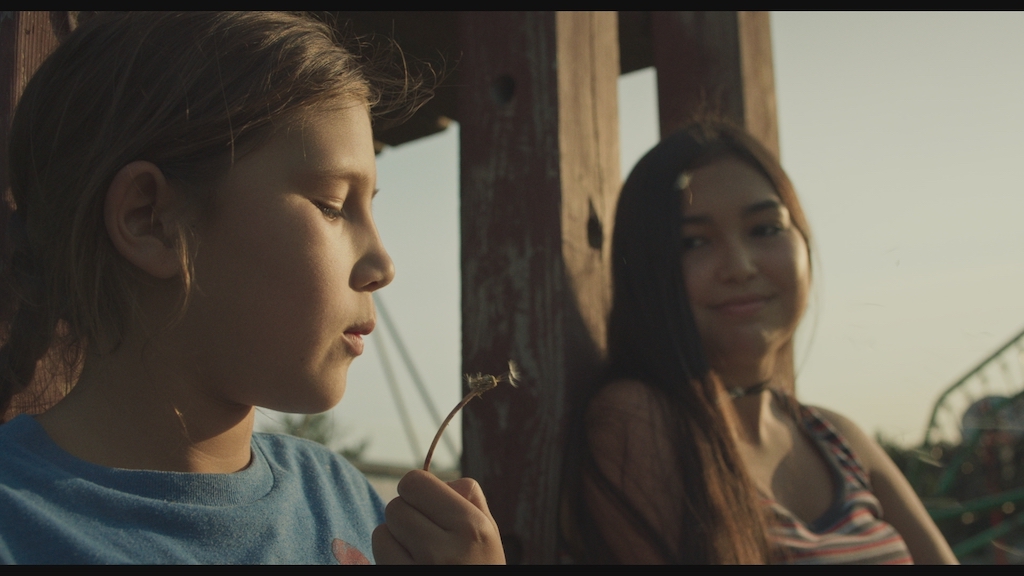 Creating a film with a heartbreaking theme, did you feel it was important to find a way to give it more mass audience attention?

SBB: I definitely had a mass audience in mind when making the film. I wanted to cast a wide net and get as many people interested as possible, regardless of their cultural background. I wanted people to FEEL for Ivy and Susan. And so I focused on the themes that connect us as humans – family, love, childhood. We all have that. And, most of us have experienced loss, whether we are Indigenous or not. The context in which my characters experience these might be unique to Indigenous people but the emotions are universal. Creating empathy is creating a bridge between people. And that’s definitely what I wanted to do. The social sub-themes come naturally with the fact that the characters are Indigenous. That being said, there are for sure, a few jabs at society that only Indigenous peoples or our allies will get. 😉

What was most important for me, was to create a film that was not just filled with sorrow, loss and pain. I wanted to create light and hope. I wanted to show resilience and love. I think Ivy was key in bringing this to life in a realistic and respectful way. Kids have a natural and beautiful ability to live in the moment and find joy in the little things, even when the big picture is awful. As adults, we have a harder time doing this. We’ve lost the ability somewhere along the way… I think, the fact that the film isn’t just about loss, makes it more appealing for all audiences.

There was a song that was played in the car when Susan and Ivy were driving. Can you tell us about that particular piece? (it made me cry buckets)

SBB: The song is Breaking Down by Susan Aglukark. I really wanted that particular song. It has such a soothing melodic tone that even if the lyrics are sad or heavy, the music is not. I feel like that echoes Ivy and Susan’s journey and the tone of the film. It is a sad situation but they find beauty and do their best to hold it together. The song did very well on the radio in 1995-1996, and I liked the idea of incorporating it into the film, which is set in 1996.

There are a few objects throughout the film – the moccasins, sage bundle, dream catcher, an Indigenous figurine. Were they symbolic at all?

SBB: There wasn’t all that much thought put into it honestly, it was based on realism. Whether they were elements in their house or things that were offered as gifts at the friendship centre, I didn’t necessarily see them as being all that symbolic, they were items that naturally went with the setting.

Now that we’re in the age of social media, how has that made a difference in helping to find these girls and women?

SBB: Social media definitely has had a huge positive impact in getting the word out faster. That is the main reason why I set the film in 1996. I wanted it to reflect a time when parents had to hit the road and knock on doors themselves to obtain answers and ask questions. Social media has been a game-changer in helping locate missing people but also in creating awareness about MMIWG.

Big thanks to Sonia Bonspille Boileau for taking time out of her schedule for this interview and for creating this film. Lots to think and talk about here.  We also would like to link to her Director’s Statement for additional insight. It’s definitely worth a read. Link: Rustic Oracle

You can learn more here: Missing and Murdered Indigenous Women Epidemic and Girls (MMIWG) is at crisis levels in Canada and the US.