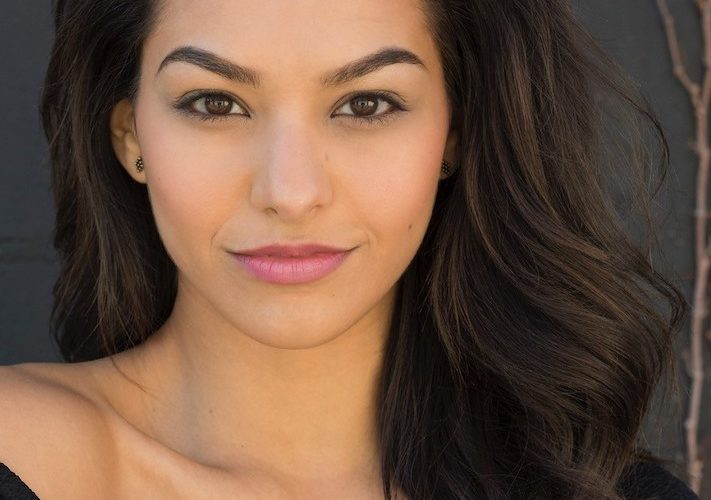 Oracle 2: The Dreamland Murders is a gripping psychological thriller series follow-up to Andrew Pyper’s audiobook Oracle. Performed by an ensemble cast with Joshua Jackson, Pyper’s high-stakes thrill ride continues the journey of FBI agent Nate Russo as he tracks an elusive serial killer and discovers an ancient curse. This time, Russo’s unique psychic gifts and killer instincts will lead him to the secrets of an idyllic New England village, and to Dreamland—the abandoned amusement park built on something evil that refuses to stay buried.

Humberly Gonzalez (Nurses, Ginny & Georgia, In the Dark, Utopia Falls, Zeus (coming to Netflix)) is along for the ride this time playing FBI Special Agent Clare Fernandez and her character has no choice but to be one tough cookie. While working in a male-driving environment, her character leads with strength and wit but she does have a soft spot…her son.

“A broken family casts a shadow above her often and those emotions creep up from time to time on the job,” says Gonzalez. “She acts as a bit of a buffer between Nate Russo and Greg Tillman when they are at each others’ throats, which is always fun to listen to.” 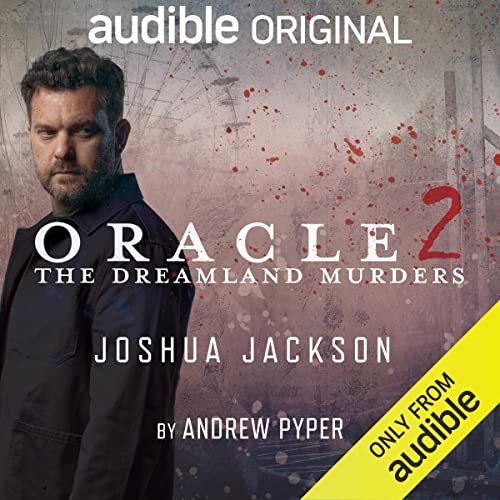 What did you find interesting about being a voice actor rather than on-screen?

Humberly Gonzalez: Playing with just voice feels a lot more vulnerable for me. I have to dig deeper to be able to portray everything a character is, without any other support than just my voice. It takes a certain kind of awareness and conviction that is new to me. I had never spent so much time in the voice studio and after the first couple sessions I found my groove for sure, it’s incredibly creative and freeing to not have the pressure of every other aspect of being on set, once I found my voice and the character… it was game on!

What is your approach to this role to get the visual across to the listeners?

HG: Making sure I didn’t gloss over any details, when it came to taking pauses, breathing and truly thinking each thought. We don’t get the luxury of body language in this project so my vocal cords and intention behind what I say are my best tools. I also made sure I got the characters physicality into it, whether I was inside a car or running through a forest, I was always creating those shapes in my body to support my voice, honestly it was very fun to play make believe!

Tell us about Dreamland – the abandoned amusement park?

HG: I have no doubt Dreamland at its prime was a very fun and vibrant park, no doubt it saw many adventurers, beaming smiles and blood curdling screams while on rides! But now..well, I would only look at it from afar, the way it is described in the series it sounds so creepy I know I would get chills just by looking at it. Anything abandoned really, I stay away from…because it is DEFINITELY haunted.

Now that you’ve worked on this project do you view amusement parks in a different light?

HG: I have yet to be in an amusement park since creating this show…But I’m sure I will have the thoughts of Dreamland in the back of my mind, I definitely tried to imagine what the park looked like in the show or if it was a real movie set we got to work in.

When I listened to Oracle, Joshua Jackson’s voice sent chills. What’s it like working him?

HG: His voice definitely added an element of fear-factor to the series. I remember having my headphones on and hearing his lines for the first time and from that I knew listeners would love the show. A very different experience to perform alongside just a voice, but when its that good, makes my job easy!

What’s your favourite scene in this story?

HG: There is a really scary scene towards the end of the series where we encounter characters that are more…supernatural. And to hear everyone interact with them in action scenes was very fun. You can close your eyes and see it all play out because the sound design and voice acting are so engaging you truly feel you’re at the centre of it. Those goosebumps certainly make an appearance.

So, are we going to be able to sleep after listening to this?

HG: If you are brave enough to listen to this story at night…Bravo, because no, there is no way it won’t creep into your dreams and become scary nightmares. I recommend listening to something happy and bright after, my go to is watching SpongeBob SquarePants haha.

OH. Okay, we need to lighten up. So, what’s your favourite thing about amusement parks?

HG: I love rollercoasters, nothing like that feeling at the very top right before the drop, it’s exhilarating.

Your most memorable moment at an amusement park?

HG: This may sound awful but I did get stuck in a small roller coaster as a kid, it didn’t stop me from getting back on…but I will never forget that day.

HG: I love “Island of Adventure” at Universal Studios and the Incredible Hulk ride is so fun!! Least favourite would be the haunted houses at amusement parks, I may love the horror genre, but I love the safety from watching on screen more … I do NOT want to be chased around with a machete or a zombie in real life.

What else is coming up for you?

HG: I have a Netflix film premiering alongside Jason Momoa called “Slumberland”, but I promise that even though the title is similar to this series, it’s much less scary and a lot more dreamy. However, if you’re looking for your next horror fix, I have been cast in Screen Gems/Sony Pictures new horror film “Horrorscope” and I have no doubt this one will leave an impression!

OOOOH….adding this all to the list! Thank you so much Humberly for taking the time to chat with us about your latest project!

You can listen to the trailer here.