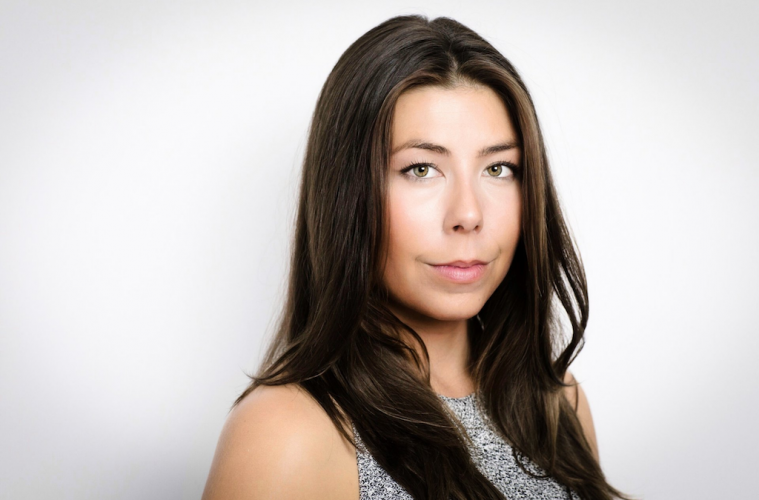 Interview with Madison Walsh of ‘Something Undone’ coming to CBC Gem

In the latest CBC Gem thriller series Something Undone (available March 26), we follow the story of Jo, a foley artist who creates sound effects for a successful True Crime indie podcast with her partner, Farid. The 10-minute episodes follow Jo who returns to a small town to pack up her estranged mother’s estate following her death and then discovers a dark family secret — her mother suffered from schizophrenia. Jo becomes obsessed with uncovering the truth. The one-person format of the series reveals how being alone in an empty house is slowly consuming this character are central metaphors that have been deftly woven throughout the series to visually represent the effects that isolation is having on all of us, as we pass the one year mark into this pandemic. Other threads about mental health are also touched on including the guilt and family “shame” that’s often associated with having a mental health diagnosis and it is addressed in racialized communities.

The new series was co-written by two Torontonians: accomplished playwright Michael Musi (who you might recognize as “Terence” on Kim’s Convenience) and up and coming actor Madison Walsh (Mrs. America, The Expanse, The Toll). The series was shot in Harriston, a small town located just a couple hours outside of Toronto, during the pandemic.

Chronicling true Canadian crimes, the two characters (Jo is only seen on screen) begin the series in separate places. Farid is in Newfoundland investigating the 1989 unsolved murder of a young family while Jo stays behind to record and edit the eerie sound effects needed. When her estranged mother, Martha, dies at her family home in small town Ontario, Jo arrives to pack up the house while continuing her foley work. As Jo recreates horrifying effects, she finds a disturbing sound in the background on one of her tracks. This sets her off, desperate to uncover what happened in the house and who or what is trying to make a connection. Through the clues Jo finds in the house, the sounds she records, and tapes of her schizophrenic mother’s similar efforts to piece everything together, Jo is led down a path to a dark family secret. As the house consumes her and her relationship with Farid and the outside world disintegrates, Jo struggles with her own reality and questions the nature of her haunting. Is it supernatural? Or the beginnings of the illness her mother spent her life fighting?

Madison tells us that they created Something Undone was a response to CBC’s Creative Relief Fund which called for new content that could be produced under the highest of COVID restrictions. “Ultimately, I think these parameters enhanced our work,” said Madison. “They forced us to be creative and think outside of convention. Our first thought – after limiting ourselves to one actor, one location – was to use the descriptive power of voice acting to tell story. We were able to hire some stellar voice talents like Bryn McAuley and Shaun Majumder and in the end we made a show that bares no trace of pandemic life; something we’re very proud of!”

When it came to finding a location, COVID threw in a few more challenges. Michael and Madison spent time driving around Southern Ontario farm country in search of the one and only location for the series production. When they discovered Meiklejohn House they knew they had found a gem. The gorgeous house built in 1870s is now a beautifully restored Victorian B&B. Madison described it as “arresting and a character in itself”. One of the many interesting and unique features of the house includes a wall that recesses into the ceiling. And, by the way, that house was made to look and sound pretty eerie in the production! Madison mentioned that it was and there was even a little bat in the attic that made a cameo. Harmless of course.

With a 25-member crew they also had to bubble together under COVID production guidelines. They spent all their time in a small motel and then only travel to the house for the seven days of intense shooting. Other than picking up essentials (and coffee at Tim’s) they were limited in interactions but mentioned the town was very welcoming.

As the show synopsis mentions, mental health plays a strong thread in the storyline. With the main character Jo coming to grips with learning about her mother’s schizophrenia, Madison reveals that what she and everyone working on this project discovered was mental health has touched many of us in one form or another.

“Throughout this entire process, as Mike and I shared what we were working on with others, we were shocked by how many friends and acquaintances had been touched by the illness – whether personally or through a family member,” said Madison. “People want to talk about this experience that so many actually share and I believe there aren’t enough opportunities to do so. Hopefully our show and others like it will open up the conversation and de-stigmatize it.”

What was going through her mind as her character’s story unfolded? That isolation is dangerous. Madison went on to explain, “When COVID hit, studies were highlighted that showed how lack of social connection actually takes years off one’s life. While our show wasn’t about the pandemic, I think it can function as a metaphor for so many of us this past year. The dark places our thoughts travel to, the feeling of helplessness, unhealthy fixations and obsessions, and a counter-intuitive pushing away from the closeness of others.”

We’ve been learning that more women have been affected this past year. Madison tells us that she’s relieved that more and more studies are being done specifically on women’s mental, physical, and economical health. “Our bodies are different from men’s and science has ignored that for a long time – to our detriment. Societally, the disproportionate pressure for women to be the caregivers has also taken its toll during the pandemic – not just in stress and anxiety but also in the actual dropping out of the paid workforce. Lockdown has meant lack of access to family planning for women, and most disturbingly has significantly raised the level of domestic violence against women. I’ve been relatively privileged this year and don’t count my stress or anxiety as higher than most. I have access to therapy which I’ve been lucky to lean on. My strategy this year has been to spend more time with my female friends. Being able to feel community and relate over what we were all going through, giving and receiving support to each other, was invaluable.”

The series is presented in what she calls a “snackable” format but like a bag of chips, you can’t stop at just one or two. “We think we’ve crafted some pretty sneaky cliff-hangers that will keep you watching all six episodes in one go,” said Madison.

Something Undone will be available to stream beginning March 26 on the free CBC Gem streaming service. A little cool “Easter Egg” is listening to the show on headphones. “It gives a particularly visceral audio experience!” says Madison.