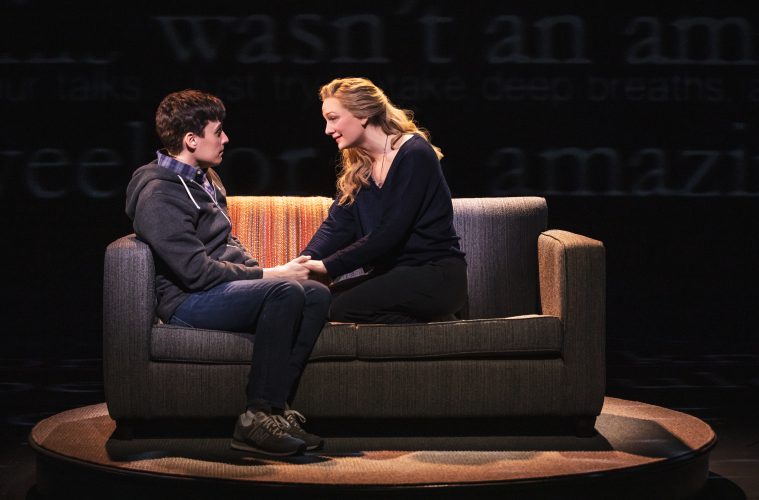 Dear Evan Hansen is one of the most important musicals of our time. The story not only faces teen issues head on, it does so in the most relatable way for families today. Very real language and scenarios approached with quick and witty moments make this a clear winner. And quite frankly, we can all relate to something or someone here…just take a look Twitter and follow #youwillbefound, we’ve never seen anything like the responses we’ve seen here.  Dear Evan Hansen  is now on stage in Toronto at the Royal Alexandra Theatre until June 30.

Evan Hansen is a high school teen who faces anxiety, insecurity and learning challenges. This is on top of everything else most teens face including peer pressure and simply just fitting in. Under the advice of his therapist he’s encouraged to write a letter to himself each day. “Dear Evan Hansen, today is …”

One of his deeply personal letters gets into the hands of another teen who ends up committing suicide and what happens next drastically turns Evan’s life from being invisible to being someone in the spotlight thanks to social media. With the ill advice from a  friend, actually a “family friend”, what wasn’t meant to be a lie turns turns into more than he can handle. What started as good intentions with everyone involved becomes a huge lesson on hopes, dreams and what it means to be needed.

This Canadian and first international  production of the multi-Tony Award-winning musical has one incredible cast including Robert Markus who embraces his role as Evan.  Jessica Sherman, a seasoned Toronto actor and singer who has worked extensively in the U.K., plays the role of Evan’s mother – a single hard working woman trying to continue her own education as she tries to raise her son. 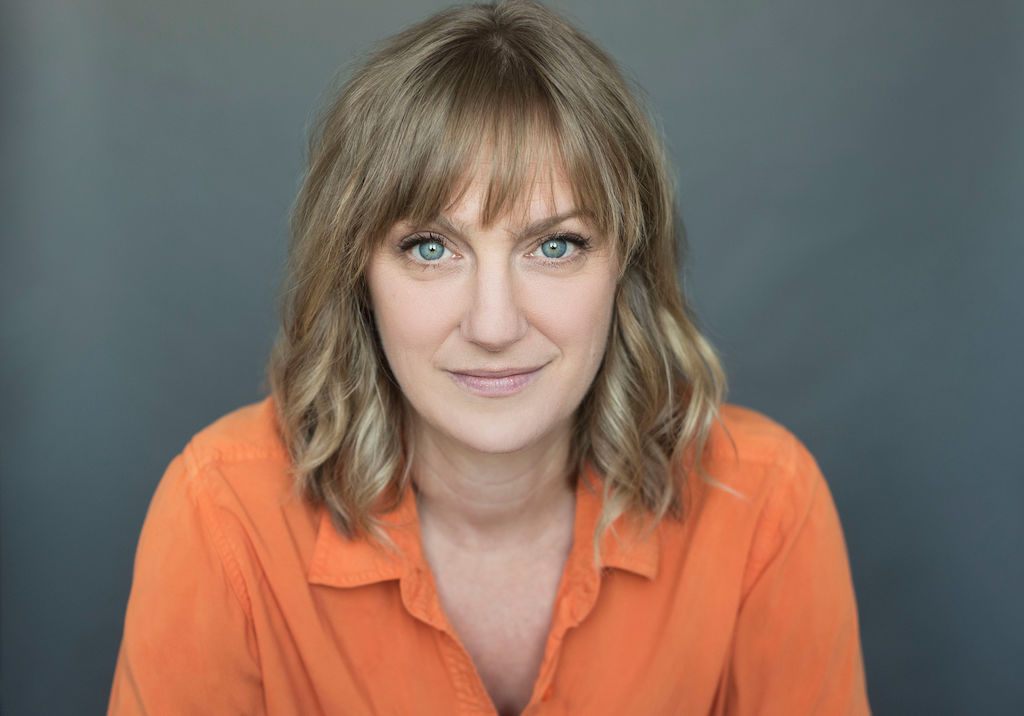 What excites you about working on this production?

JS: It’s very original, very moving and very exciting music. It also resonates with a lot of people. There is a mother-son relationship with my character but it resonates with me, even though I’m not a mom in real life. It’s not about having a nuclear family as defined in this space. This story hits me really hard because I have a sister who is disabled and I know that part of my future is being her human. I have aging parents and part of my future is being their human and that is not unique necessarily to me but I can connect to the character. I think a lot of people can connect to these stories because the characters are very three-dimensional. They are very real humans. Each of the characters are flawed, wonderful, caring and selfish — all of those things people are. I think that’s why audiences of all ages will find something to connect to. It’s not a teen musical. It’s not a mom musical. It’s a human musical.

There’s not just one message in this show?

JS: There are so many. I think the lure of lying even to help other people and how it can quickly spins out of control — what comes back to the end is finding yourself. The honesty of being and acknowledging that one is a flawed indivudial is for me one of the biggest messages. IF we’re all honest about our feelings, honest with ourselves and with other people the you find your way through things because if we’re being honest about our flaws we can all just acknowledge that we’re in a bit of a mess together and we can help each other. We fundamentally want to help each other. There’s this fallacy that we have to lie about not being okay mentally. That we have to cover up our insecurities, anxieties, fears and self-doubt. I think as a society we have to stop doing that. We have to encourage each other and ourselves.

You met your counterpart in NY? What advice did they have for you?

JS: Yes, Lisa Brescia! I’m in awe of her. She plays my character right now. She just to me to have fun, enjoy and make it your own. I think that’s what I’ve done. The creative team has been very generous in this space to be allow us to find these characters ourselves.

Can you imagine what it would be like as a teen right at this moment in time?

JS: There are so many things. We hear too often about teenage anxiety, and it’s not just teens. I am so grateful to have gone through the teen years when the internet was not a thing. I would be such a mess to deal with what they have to deal with today. We don’t know who we are. When the world is telling you you’re not enough it’s tough. And it’s not just the 20 or so people in your class, it’s the world. It’s people in other countries telling you you look awful in a picture or you’re an awful singer on a youtube video. I’m in awe of any kid that survives it. I’d like to think this show speaks to everyone — teens, parents, everyone  and I hope it gives them something to hold onto.

The fanbase seems to be very strong and very emotionally connected? As a mom of two teens so much is going through my mind even before seeing the show.

JS: It’s definitely for everyone but especially for teens. I think there’s a risk factor to this age group. It would be lovely to be a beacon of hope and assurance that someone is going through what they are going through and that there’s another side to that. There’s another path. Another experience.

The winner of six 2017 Tony Awards, including Best Musical, Dear Evan Hansen features a book by Tony Award-winner Steven Levenson, a score by Academy Award, and Tony & Grammy Award-winning composers Benj Pasek & Justin Paul, and direction by 4-time Tony® Award nominee Michael Greif. The Grammy Award-winning Original Broadway Cast Recording of Dear Evan Hansen produced by Atlantic Records, was released in February 2017, making an extraordinary debut on the Billboard 200 and entering the chart at #8 – the highest charting debut position for an original cast album since 1961 – and went on to win the 2018 Grammy Award for Best Musical Theatre Album.

Strongly recommended getting tickets for this one. Bring tissues. You’ll laugh, you’ll tear up, and you’ll want to hug your  teens as tight as they’ll let you. I saw this with my 14 year old and for him not knowing what the story was about, he said it was better than he had anticipated — it’s not often you would find a musical that is as entertaining and as relevant for teens today.

BTW there are a limited number of same-day rush tickets for students. For more information visit www.mirvish.com

Here’s a clip from the very first night the musical opened in Toronto. I love it not only because of the song that is absolutely stuck in my mind, but to see all the young faces streaming out of the theatre is heartwarming.