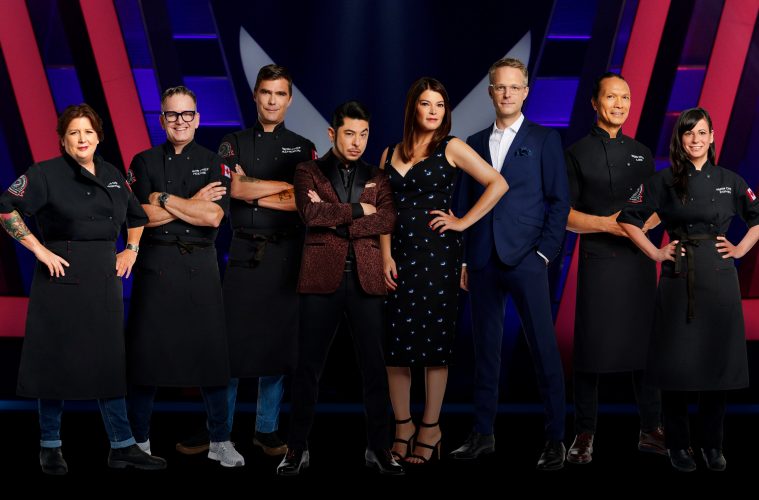 Known for her culinary prowess as much as her delightful disposition, returning Iron Chef Canada host Gail Simmons is geared up for a fresh season of The Food Network Canada’s popular cooking show. Canada’s favourite chefs are donning their kitchen whites to throw down, with battle worthy ingredients like maple syrup or bitter greens setting the chefs up for the ultimate win: bragging rights. Canada’s cast of Iron Chefs include; Lynn Crawford, Rob Feenie, Amanda Cohen, Susur Lee and Hugh Acheson. The stakes are high, the drama is real, and the kitchen is marinating in it.
We had the chance to sit down with the duchess of culinary drama, the esteemed host of Iron Chef Canada (and Judge on Top Chef US) Gail Simmons to chat about what goes on behind the scenes on everyone’s favourite cooking show. 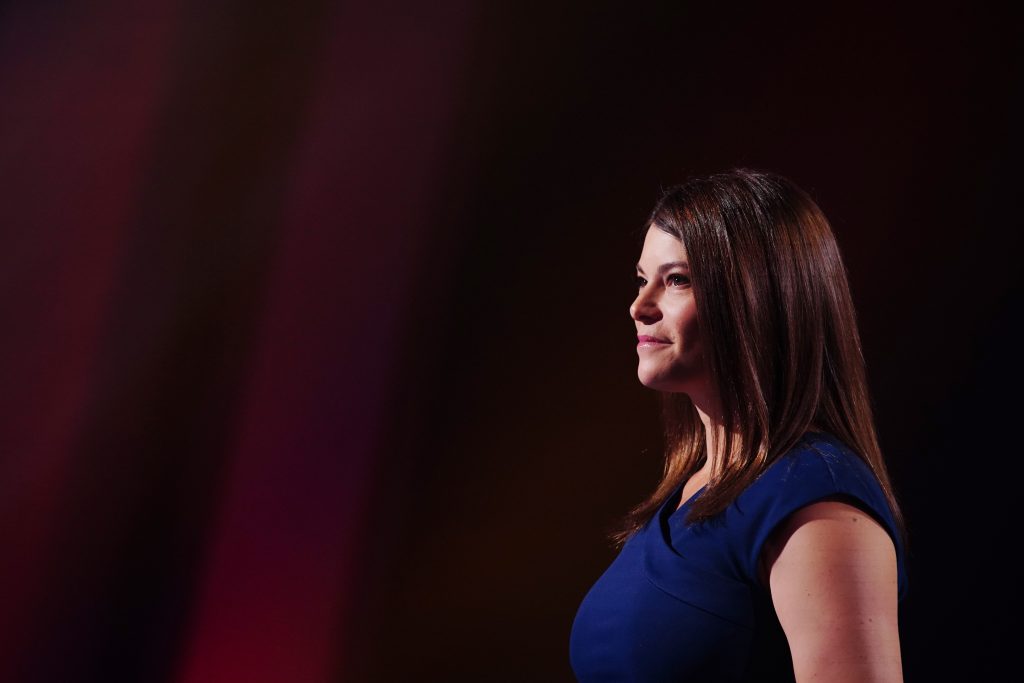 Libby: Being a veteran industry professional, do you secretly cheer for one over the other?
Gail: I love our Iron Chefs, I think they are all extraordinary, but just by nature of what I do I am always rooting for the underdog because I want to see new, innovative, young people come up and kick butt.
L: Have you ever been surprised by anyone’s cooking techniques? As someone who has studied culinary arts professionally have you ever seen another professional chef doing anything that you maybe wouldn’t?
G: Well I am constantly surprised by chefs cooking techniques because they are innovating and using their imaginations everyday doing the most extraordinary things. I learn so much from them and the way they cook. They put flavours together every single minute and that’s why I love my role on Iron Chef so much because it is watching the best chefs in the country do what they do best. I would certainly never claim to be anywhere near them in terms of cooking talent. So yes, I am always surprised by them in the best way. There are certain times when I see chefs doing things that I think are very risky, and that I wouldn’t necessarily approach, but you have to trust yourself as a chef. If they think it’s going to work I love to see them try because you need to take risks. That’s how you move the industry forward. If you take risks in the kitchen and one in every 10 succeeds, it could be that one thing that changes the game.

L: The competitors versus the Iron Chefs- the lineups are STELLAR! From Ned Bell in BC to Jason Bangerter and Brandon Olsen in Ontario, Nick Liu and John Horne, the cast is terrific. But only one woman though? Do you think the industry is lopsided, or are men just more interested in competing for the title?
G: No, I don’t think that men are more interested but I do think the industry is lopsided. The fact that there are fewer women on Iron Chef than men is actually very indicative of the industry. It’s by no means a fault of the show. There are two of five Iron Chefs who are women and there are a lot more surprises in store. I do think that there are an amazing amount of women chefs cooking in Canada at the highest levels but women still only make up less than 20 per cent of the industry and that’s a fact. It will take many years to catch up just like any other industry. There’s that same statistic probably true for lawyers, for plumbers and carpenters, if not more so. It is the world over is most cases. I think women are gaining speed in the culinary industry and doing an incredible job. We all know they are just as capable in the kitchen, but finding equality in the workplace is a long upward battle. I think I strive for it and I love to set an example – I work in the industry, and I know that people like Lynn Crawford, Amanda Cohen, and so many others, are working to do the same.

L: Canada seems to have an insatiable appetite for reality TV, particular in the culinary realm. Why do you think Canada loves this format?
G: I think the world loves this format. I think the world loves watching masters of their craft do their thing and its fascinating to watch reality television in all forms but specifically shows like Iron Chef Canada or Top Chef where they are professionals cooking at the best that you can see. Some of the best chefs in the world doing the most extraordinary things because it’s amazing to see people do things that we can’t do. To open that kitchen door, and see how it works behind the scenes, and see how the creative process comes together, I think it’s amazing.

There’s also so many high stakes in the kitchen so it’s only natural that culinary reality is fascinating to watch. There’s fire and knives and risk and it’s not ever guaranteed to go right even if you’ve made the dish 100 times before. That’s really exciting. That end result is so satisfying when you know what it took to get there.

Catch Gail grill and thrill on Iron Chef Canada, Wednesday’s at 10pm, or online now, if you’re into that sort of binge thing.