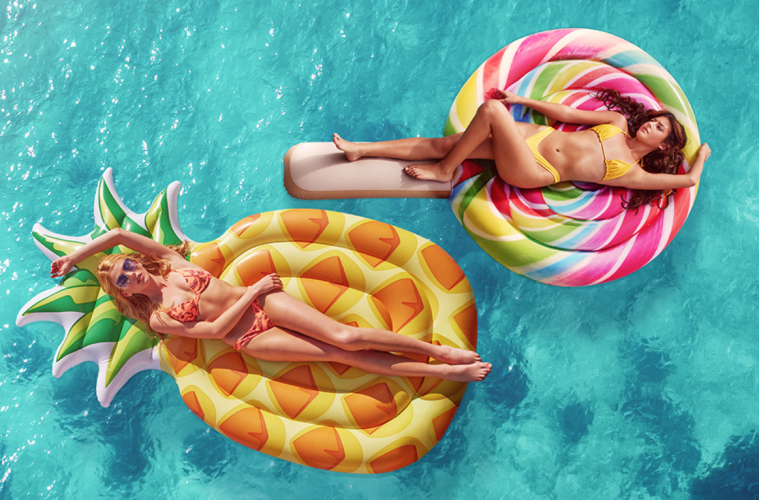 The life of an “influencer” sounds like a dream. The free trips, clothes, food, and the parties all have them living their best lives. But what happens when things don’t go exactly as planned for these content creators? Canadian Amazon Original film SUGARwas inspired by the true events of two Montreal-based influencers who were invited to vacation a luxury cruise ship. All they were required to do is share their dream life on social media. But in this film, our influencers find their dream trip quickly turned into a nightmare when they become entangled in a deadly drug deal smuggling operation.

Nicknamed the “Cocaine Cowgirls”, the two real-life young Quebec women, that inspired this film, found themselves on a wild vacation that landed them in an Australian jail. They were charged with possession of 95kg  in drugs and sentenced to over 7 years in prison.

Jasmine Sky Sarin’s character, Melanie, came from a humble home. Living with her single dad she discovered a sense of belonging in a world that was far from her reality — far from most people’s reality actually. When she befriended a social media star her life suddenly changed. Swept into the frenzy of “likes” and followers everything seemed so idyllic. And the drugs? Well, who would even suspect they would be involved? 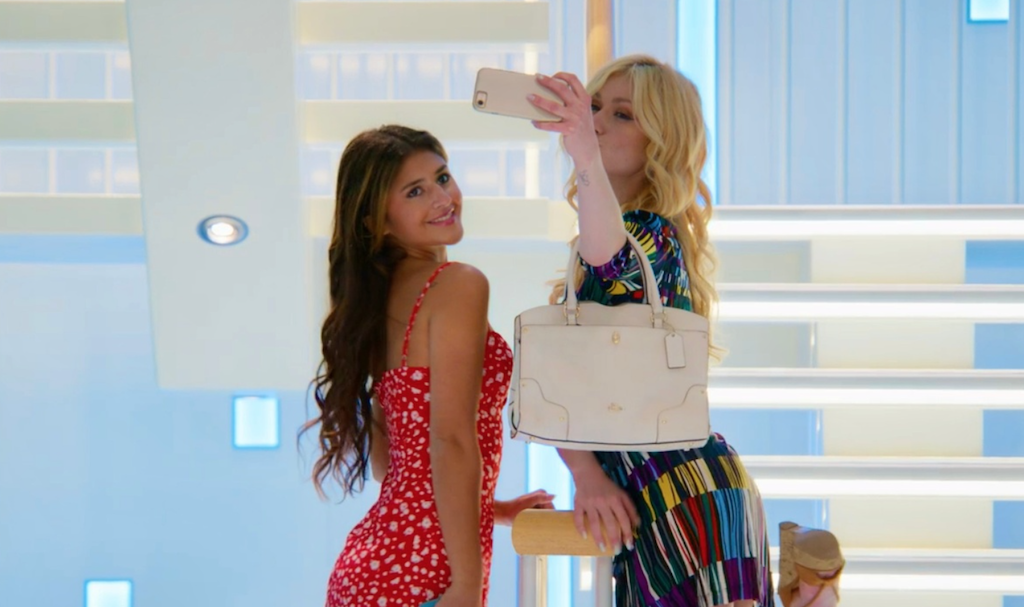 What drew you to this story line and working on this project?

Jasmine: I found the story of these two girls to be very relevant in today’s climate. I saw parts of my younger self in both characters and I think a lot of viewers will too. Not only is the story very relatable with the popularity of social media and influencers but it’s also a thrilling adventure. The film has something in it for everyone.

What do you think about influencers?

Jasmine: Growing up online myself, I have seen both the positive and negative sides of being an influencer. I think people have a certain idea of influencers and by the end of the film, I think they might have a different one.

Your character came from a humble life, and she really is a good person, but she craved to live this dream life. Tell us more about Melanie?

Jasmine: I think Melanie is like many young girls. She is being fed this idea that being an influencer and being a “celebrity” is what will give her life meaning and purpose. She feels invisible because she is not receiving attention online, she wants to feel seen and appreciated. In a world where now people’s first question when they meet you is “what’s your Instagram? How many followers do you have?” Of course young people can feel lost. I hope that the audience will take the message home that nothing we see on social media is ever the full picture, that we shouldn’t compare ourselves to a false reality.

The two influencers really got tangled into a drug world they had no business being in.  It was a shock for your character in particular, tell us about that?

Jasmine: Well, in some cases like my character’s, people don’t actually know they are being used until it’s too late. Sometimes people don’t ask the right questions or ignore the red flags like Melanie did. In other cases, some people feel the risk is worth it. Even if people know they are taking a dangerous risk, at that moment the reward matters more.

There are many young girls who aspire to be influencers. If you could give them advice, what would that be?

Jasmine: I would tell them that if they love to create content and build relationships online, that they should follow what they love to do. That being said, I would also tell them to be mindful of how this path and social media makes them feel. If you want to be an influencer because you want to be noticed or famous, maybe dig deeper into that urge and see what you find.

Do you think people will be surprised this story happened to Canadians?

Jasmine: I think people might be surprised this happened to Canadians because you don’t hear these stories coming out of Canada often. This just shows how this situation can occur anywhere in any environment.

How was filming and travelling during covid for the cast and crew?

Jasmine: Filming anything post Covid is a very different experience especially when you are traveling. We had an amazing crew and Covid team that made sure we all felt safe, it definitely added a bit more stress to production but overall everyone was extremely cautious.

Okay, tell us who are the real people who have influenced you?

Jasmine: My biggest influence would be my mom. She gives her absolute all into everything she does. She is the most hardworking, loving and empathetic person I know. Seeing all that she has accomplished and continues to all while being the mother of three is inspiring, I’m very lucky to have such a great role model.

Thanks so much for taking the time to chat with us!