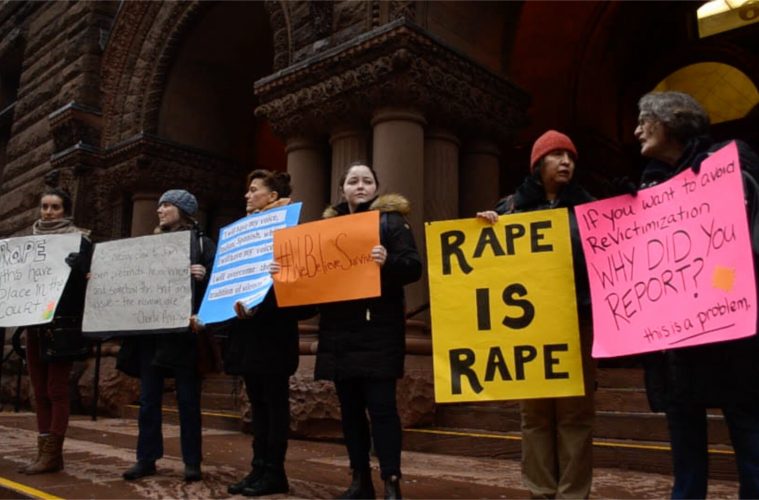 Activist and PhD Candidate Mandi Gray, who made headlines from 2015 to 2017 for taking her rapist to court, will premiere her film Slut or Nut at Hot Docs 2018. Slut or Nut – so called because of the tendency to privately designate a survivor either a “slut” or a “nut” in order to discredit her story – is a quirky, touching look at the legal, emotional, and physical struggles survivors face both within Toronto and in greater society. Years in the making, the film, directed by Kelly Showker, is debuting at what is a crucial point in history as the voices around #MeToo and #TimesUp are growing louder and stronger, dominating the news cycle and spurring social activism.

Slut or Nut: The Diary of a Rape Trial will have it’s World Premiere at the 2018 Hot Docs Canadian International Documentary Festival.

We had a chance to chat with Mandi Gray about the documentary:

Consent seems to be so blurry, and probably has been for centuries. Growing up, many of us were taught the “no means no.” Because of your trial and experience, things are changing. How do we best explain consent today in our society?

MG: Canada has the amongst the most progressive consent laws in the world. Consent must be active and ongoing. It cannot be implied or assumed. It is impossible to consent if you are incapacitated or sleeping. The problem is that rape myths and assumptions about sexual assault are still rampant within society and the legal system. This leads to most cases being dismissed based on assumptions about what a “real” sexual assault looks like. Statistically, disabled women, queer women and Indigenous women face significantly higher rates of sexual assault.

Did you have people criticize you for documenting so much of your experience and question your motive at first?

MG: The fact that I was public about my sexual assault has been used against me in court to demonstrate that I am attention seeking and made the assault up to further my career. Similar sentiments have been stated online. I don’t care what anyone says. I can talk about my experience as much or as little as I want to.

You didn’t hide your name through the trial. What made you decide to do that?

MG: I removed the publication ban because it’s existence would also protect his identity. I never felt shame for being sexually assaulted and I still don’t. That is his shame to carry and removing the publication ban was the only way to make that happen.

Being open about this experience also meant opening up to strangers for support but also cruel judgement, that probably wasn’t a surprise but with social media blazing with trolls, how do you deal?

MG: I take long breaks from social media. I also have a sense of humour. Some of their digs at me are entertaining and I troll back – that really pisses them off. 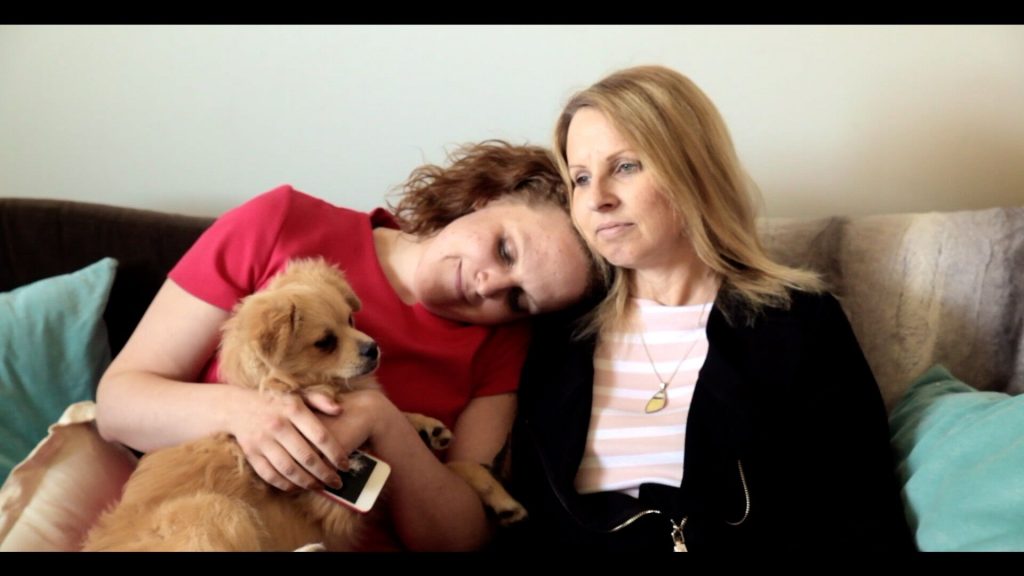 The documentary also accounts other survivors stories, what did you learn from that experience?

MG: I learned that all survivors have very different experiences of reporting. Women of colour have a vastly different experience in comparison to myself. It is important to recognize the numerous structural barriers that queer, racialized, trans and disabled women experience. This film is only one piece of a large puzzle. I hope it opens up space to talk about white privilege and who is believed and who is not.

There are some animation included in the documentary? Tell us about that.

MG Jane Doe did not want to be a dark figure in the shadows. We also cannot reveal her identity because it is protected by a publication ban. She suggested a fox and we went with it. We also wanted the film to appeal to a younger audience. We let all the artists on the film explore their own creativity.

What do you really want everyone to understand from this documentary?

MG: I want people to see that rape myths are still prevalent in our society. The institutions that promise to help us (university, police, courts) don’t and actually cause a lot of further trauma and distress. I want people to feel empowered to speak up and fight back. Feminist activism saved my life.

The film incorporates mixed media as it tracks Mandi over several months wherein, with the help of her friends and family, she riots, rages, learns, and suffers as she navigates public stigma, Internet bullies, academic institutions, police, and the Toronto legal system. It features incisive and affecting testimony from Jane Doe, another Toronto sexual assault activist shafted by the system.

Slut or Nut affirms the reality of justice and of those it fails; in delineating the intricacies of oppression that plight millions of sexual assault victims, it is empowering and sobering. It boasts an impressive roster of women on its production team, and is accented by music, drawings, stop motion animation, designs, and affirmations uniquely created for the film. The female artists whose work helped bring the story to life include Frizz Kid, Karlene, Ryan, Kaitlyn Leewing, Alex Cananzi, Lora Bidner, Alexandra Newbould, and Cailleah Scott-Grimes; Slut or Nut also features songs from Willa, Mobina Galore, and Rae Spoon.

The documentary will screen three times at Hot Docs:
Wednesday, May 2 at Isable Bader Theatre
Thursday, May 3 at Scotiabank Theatre
Friday, May 4 at TIFF Bell Lightbox