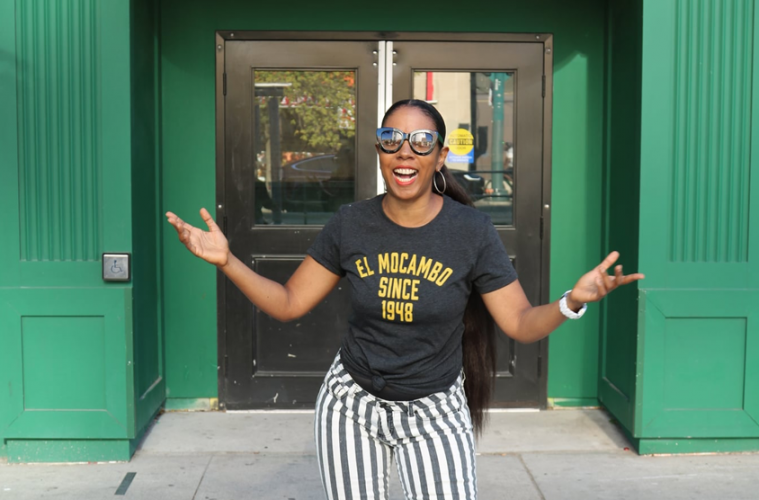 The Toronto-based, Honey Jam, a non-profit organization and artist development program fostering young Canadian female artists – is celebrating a milestone year with a special showcase event that will be live-streamed from the iconic El Mocambo concert hall on October 1, 2020. The gig will showcase an array of performances by alumni paying homage to songs made famous by female artists in a variety of genres.

It has been 25 years since Founder, Ebonnie Rowe, first welcomed emerging artists to the stage of the now-defunct Ultrasound venue in Toronto’s Queen West neighbourhood in the first Honey Jam concert. In the years following, hundreds have attended the event annually, to support and experience powerful voices that were driving the future of the music scene. Today, the organization is a renowned platform known for enriching the careers of notable alumni including, Nelly Furtado, Jully Black, Melanie Fiona, SATE, Melanie Durrant, Michie Mee, LUKALA, Haviah Mighty, Jordan Alexander and many more. 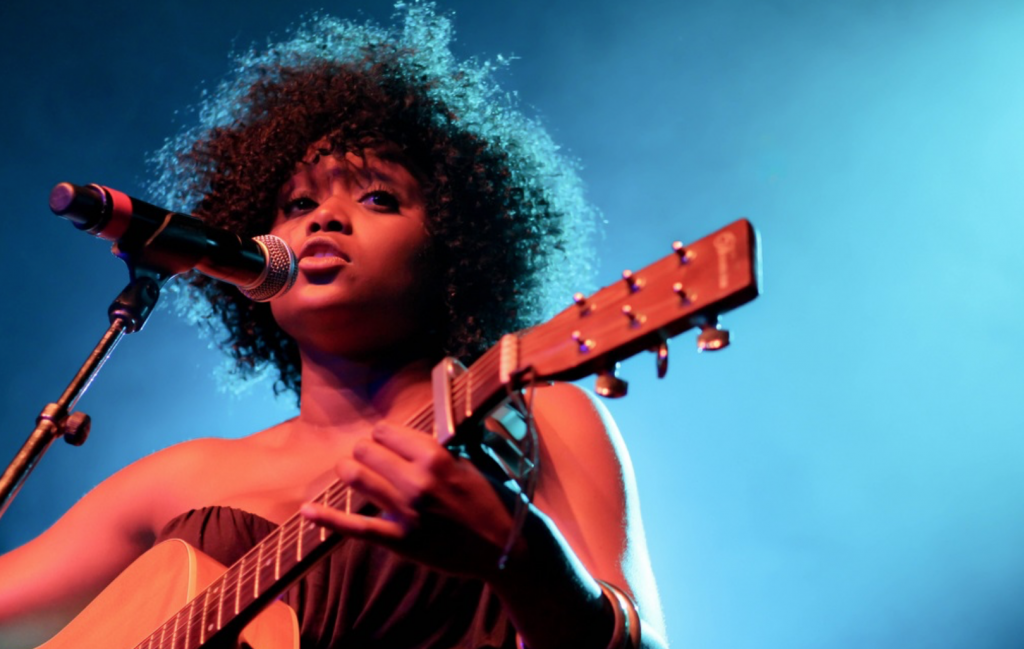 Today Honey Jam’s program continues to provide mentoring, education, performance and networking opportunities for female-identifying artists who are between the ages of 14 and 25. Something Rowe has worked hard on fostering and growing. Her organization offers impactful experiences for artists such as songwriting camps, industry workshops, mentor cafes, vocal & performance training  in a welcoming environment for young women to learn, build self-esteem and long-lasting relationships.

Rising star, LUKALA, was recently featured on Spotify’s New Music Friday billboard at Yonge-Dundas Square and named Apple Artist Of The Week for her single, No Smoke. Alumnus, Director Stella Meghie, recently announced that she will be behind a new Whitney Houston biopic, while Toronto’s own GRAMMY-nominee Jessie Reyez, a past speaker Honey Jam’s esteemed artist talks who also attended their workshops long before she became famous, graces this month’s cover of ELLE Canada.

Over the past 25 years, Rowe has watched and helped countless artists in their careers. Rewarding is an understatement. “I am very very proud – bursting in fact! Not just of what the programme has accomplished but what the artists have accomplished in their own careers and also just as humans on the earth,” said Rowe. 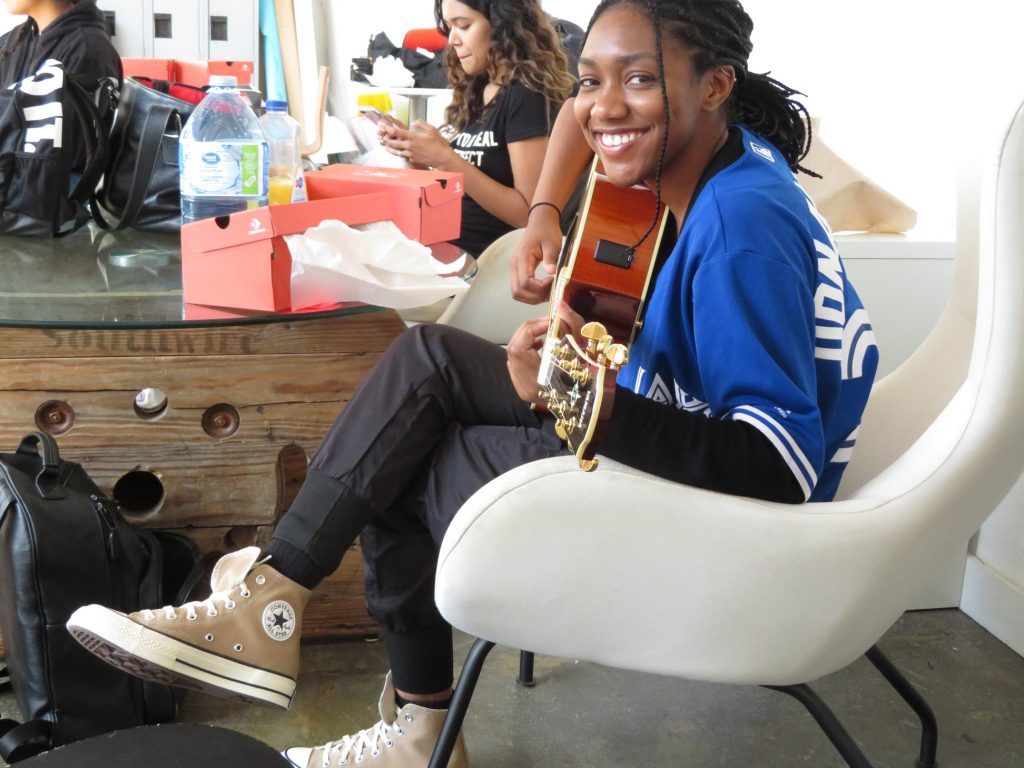 There have been many unforgettable moments that have been incredibly impactful. ” There were big highlights like taking an artist to the Grammys this past January, or giving the artists the opportunity to learn from big stars like Erykah Badu,” said Rowe. “But honestly, my favourite parts of the experience are when I call the artists to let them know they made it from the auditions – that never gets old to hear their excitement. I also love to hear their feedback on what the experience means to them.”

The music industry had come a long way thanks to progressive visionaries like yourself. There are always challenges ahead and navigating the roads isn’t always easy. Her thoughts?  “Whenever an industry is dominated by a particular race, gender or generation, those in power need to continually check their practices to ensure they are fair and equitable and that opportunities do not exclude anyone who is qualified,” said Rowe.  “It’s natural to hire or choose to work with people who look like you but you have to take a step back and take an objective assessment of how you are operating.

“Everyone just wants a fair shake, a chance to be considered, and not to be excluded based on superficial things.” ~ Ebonnie Rowe

Celebrating 25 years is a huge milestone and a live stream concert is planned for this week. The host venue is the recently renovated El Mocambo, one of Toronto’s most iconic concert venues. Rowe felt it was an appropriate location.  “I was fiercely determined that our 25th anniversary concert was NOT going to be on Zoom! LOL,” said Rowe.  “When the El Mocambo started doing some live-streamed events in July, it was suggested to me that I approach them about doing the concert there. They are a legendary venue that just went through a multimillion-dollar renovation, state of the art sound, so I was excited at the idea and that’s how I wanted to feel. We’re super excited!”

What should we expect? Rowe tells us to expect everything you would from Honey Jam. You can guarantee they will deliver amazing live performances that will uplift and inspire everyone. The celebration of women in music with 21 emerging artists paying tribute with covers of iconic songs by female artists in a variety of genres – pop, hip hop, jazz, RnB, country, dancehall, rock, even opera! 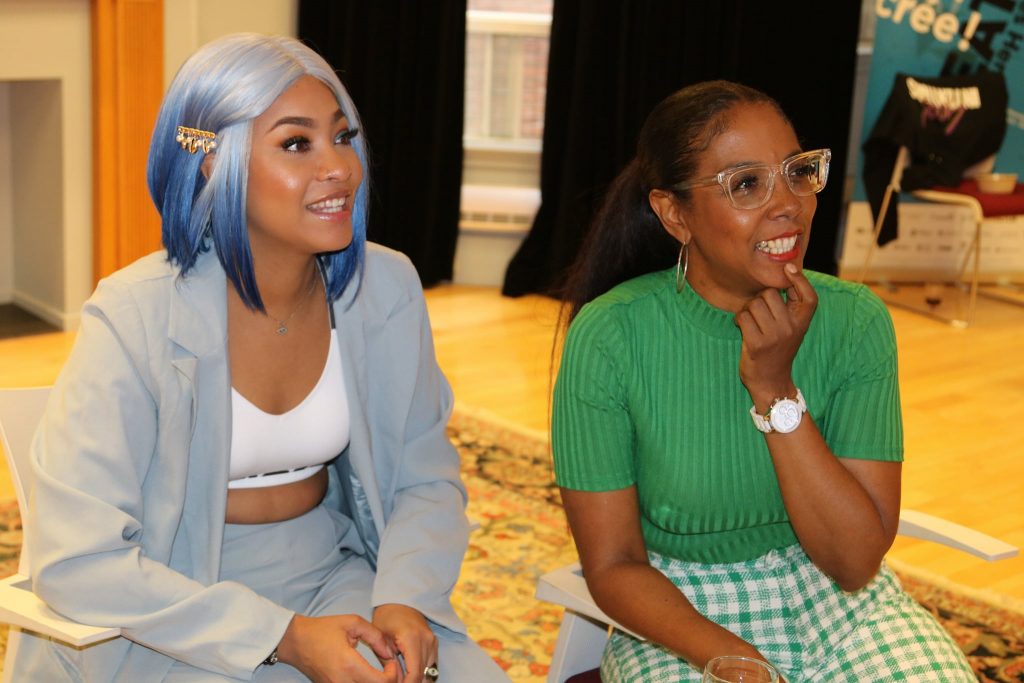 What advice does Rowe always give to young artists? “Don’t do this unless you can’t not do it. You must have that fire in your belly to get you through the grind or you won’t last. I also tell them to love themselves, know themselves, be clear about what success looks like to them and be careful who you surround yourself with.”

Rowe is so grateful and feels privileged to have worked in this space for 25 years. “It’s been a passion project and so fulfilling. We also want to thank all of our funders and the audience who has supported us all these years.”

To learn more about the upcoming live-stream concert (and you won’t want to miss it!) visit their website www.honeyjam.com