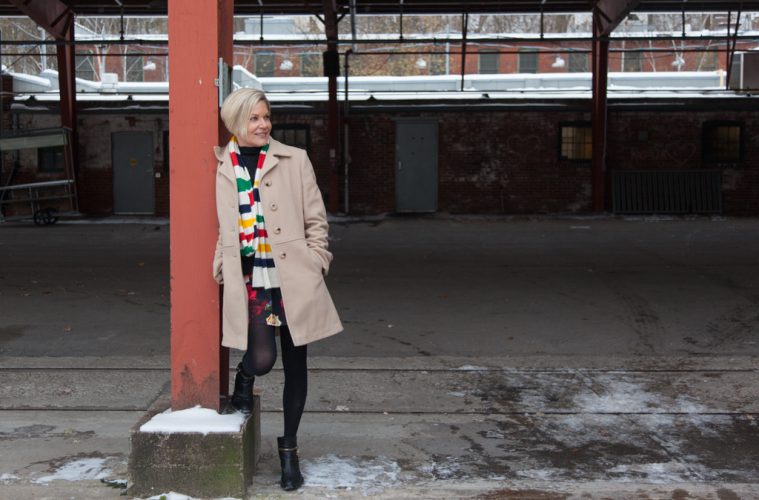 Mother Raw pledges to deliver on a simple philosophy; be true, be honest and keep it real. This energy and spirit are on full display with CEO Kristi Knowles. With a background with the big boys (Unilever, Molson-Coors), Kristi sought to join a company where she could make a more meaningful impact, after twenty-four years of navigating corporate structures, policies and processes, she was ready for a change.

“Even though I had a senior position I was unable to make things happen that needed to happen. It was hard.”

Packaged out, she was financially stable but shook when it came to job prospects. Unsure if she even wanted to work again, Kristi doubled down on her volunteer efforts and became a member of the advisory board for Heart and Stroke Foundation. After formally interviewing with a handful of companies Kristi hit the pause button. Finding yourself in this position when you’re just hitting your stride is all too common, especially for women. But dusting yourself off and networking, truly getting a little uncomfortable is the key to growing out of this mindset.

And that’s when Reunion Foods came knocking. They had acquired a small company called Michelle’s Raw Foods. The concept was simple, Michelle wanted to make dips and dressings that were as healthy as the greens she was putting them on. She started the company in her kitchen, making a line of products geared towards a clean food philosophy- she had studied Holistic Nutrition, something that at the time was super niche. Reunion asked Kristi to help accelerate growth, asking her to consult, which Kristi didn’t see as a good fit initially.

Trusting her instincts, she dove in, knowing she would learn a lot by helping them rebrand and focus on some key opportunities. Kristi was ready for the next challenge, but while ironing out the details of her new gig, Michelle passed away. She was only 45 years old, the mother of two teenagers. Kristi had only met her a few times, and it was clear that she was privately battling some health issues.

“We had lost our founder, who had the holistic nutrition understanding- it was like losing our light. I had a lot of concern and anxiety about the transition, the gem that Michelle had made… to change it. I knew the principles and commitments, she was absolutely to the core on this. I hired a holistic nutritionist to share her philosophy so I could make sure that we stayed true to Michelle’s vision. You want impact? Well, join this business. It was a sign.”

Knowing the buyout had happened at a pivotal time for the family, Kristi took comfort knowing that Michelle’s family would be secure financially, but the burden of carrying on the mission, and paying tribute to what Michelle had created weighed on Kristi and her team. Still searching for a new name that would reflect the mission Michelle had started, they settled on Mother Raw, a nod to Michelle and her devout insistence on using natural ingredients for her products.

Celebrating their first year under the new name and Kristi’s careful watch, Mother Raw has expanded into the US and been picked up by the giants, think Sobey’s, Safeway and Costco US. Michelle’s daughter works with the team during her summer’s away from university, weighing in on the brand and making her voice heard. Connected in this cause, Kristi shares a responsibility to ensure her mother’s vision stays true.

“I’ve decided that I have to represent Michelle’s vision. That means public speaking and networking. It’s out of my comfort zone but it’s undeniably important. Being vulnerable. She was so spot on so early with her idea, and how far she got, all on her own. And that’s really the reason why I had to do this.”

With her impact clearly being made, Kristi reflects on her time with the big boys as the turning point, offering this advice to those who find themselves in a similar spot, be bold. Don’t cater to what people want to hear, say what you mean. Make your ask, be direct. She hopes that women, of all ages, will become more confident and share their opinions more openly.

So LinkedIn with that mentor, send a DM to those women who inspire you. Open yourself up. It’s very likely, you have something to offer them too.

*Interview may be edited for length/clarity.