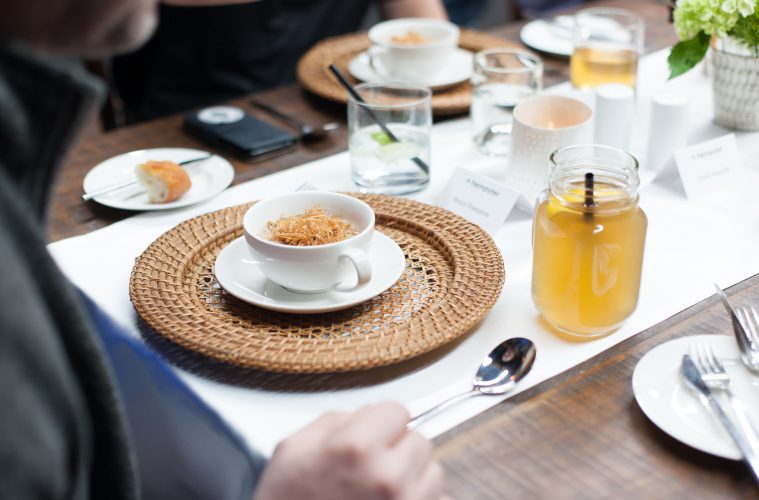 Hempster hosted a dinner party like no other this past weekend, honing in on the elephant in the room and heralding in the end of prohibition. Legalization is coming, and whether you’re a partaker or a party pooper, it’s high time that we all learn a little bit more about cannabis, it’s effects, medicinal benefits and what the heck is going to happen when Trudeau makes it legal, pegged at sometime this summer. 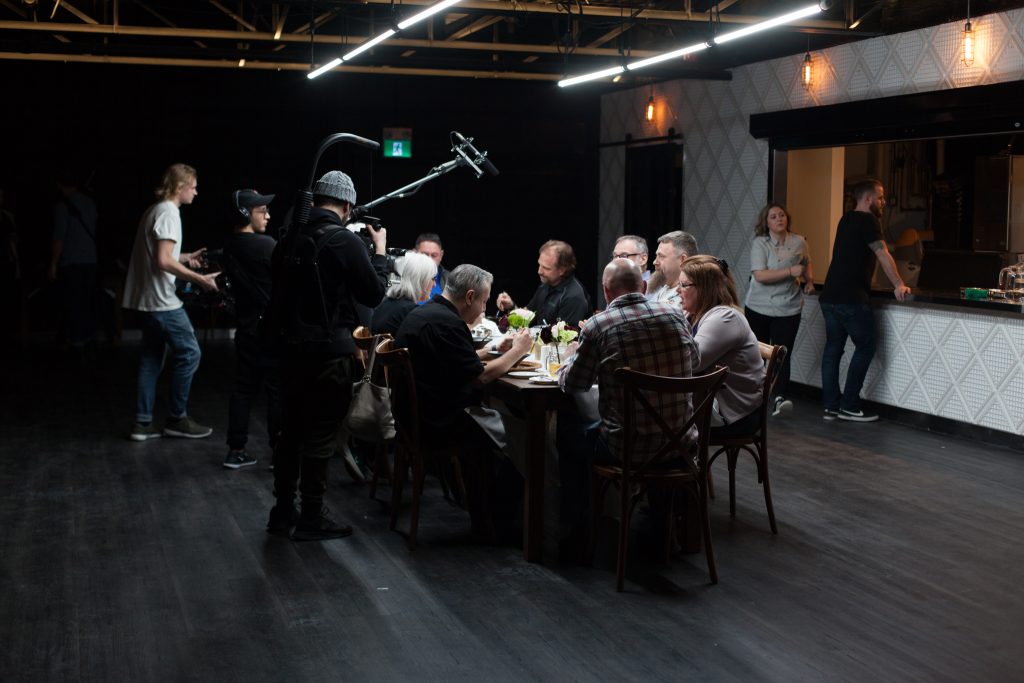 Long touted for it’s medicinal purposes, cannabis has been prescribed by doctors for years for a multitude of ailments, both physical- like epilepsy, MS and cancer to mental health issues- those suffering from anxiety, depression and PTSD have long celebrated cannabis as a non-addictive replacement for opioids. 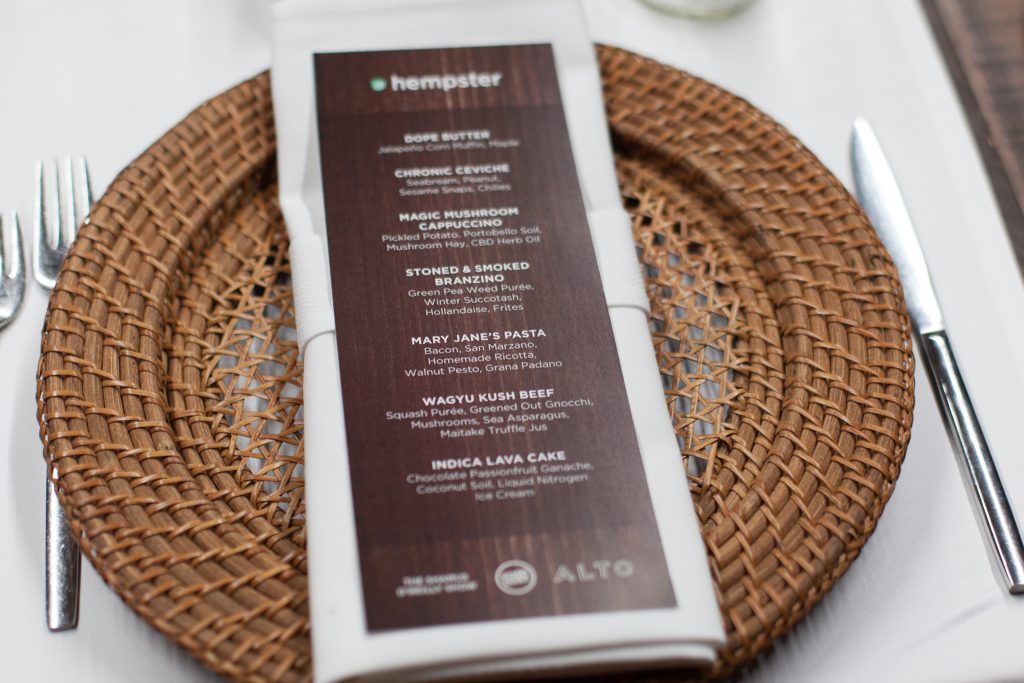 While prescriptions have long been available to those who’s doctors are willing to prescribe it, there’s still a huge stigma behind marijuana, medical, or otherwise. It’s time to abandon those preconceived notions and let patients make the right call, dosage and treatment that’s right for them. Marijuana is a perfect prescription for people who want to take control of their treatment, different strains enable users to get the exact remedy for their current symptom. A gassy Indica may be the perfect weed for sleep, where a bouncy sativa will just help take the edge off and keep you anxiety free for daytime sessions. 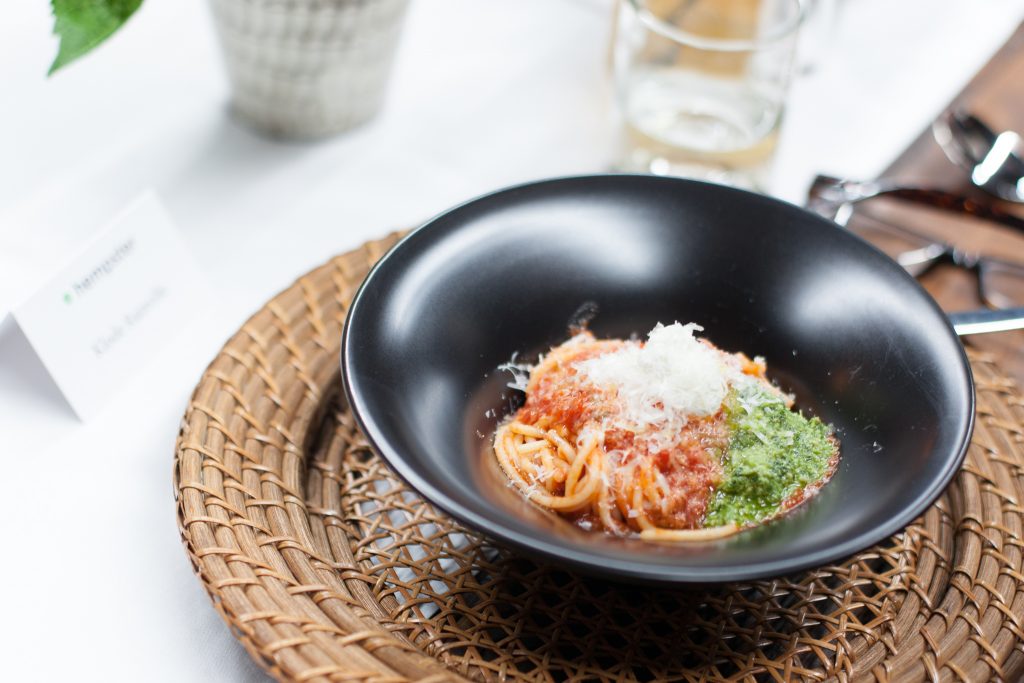 Hempster is focusing in on this market, and to celebrate the launch, they invited Canadian war veterans to take part in a meal catered by The Food Dudes featuring seven courses of the cannabis variety. Hosted by television personality Shamus O’Reilly, the meal was filmed for inclusion for his show in an effort to educate people on the medicinal benefits, but also the plight of our war veterans and how they choose to use cannabis in their treatment for PTSD. 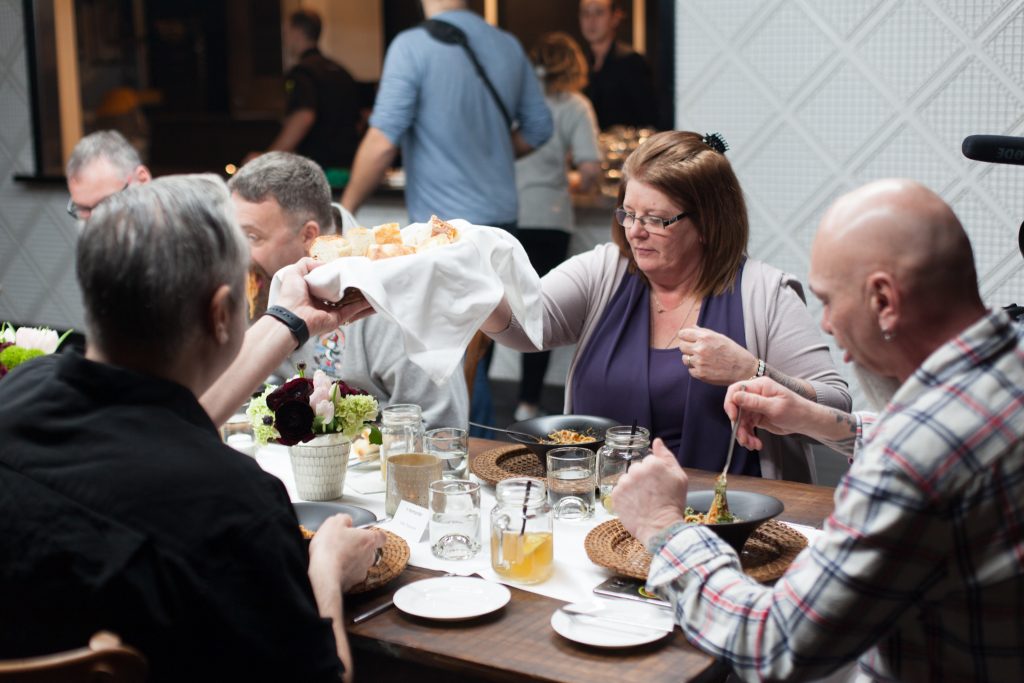 While we can’t speak on the food specifically (media received a weed-free meal), the menu presented well, with thoughtful food pairings like the Magic Mushroom Cappucino, a play on mushroom soup, here laden with CBD oil for a body buzzing effect, garnished with and a nest of mushroom hay. Mary Jane’s Pasta also looked spot on, with bacon and walnut pesto bringing balance to the earthy tones that cannabis creates. The dishes were devoured, and while we didn’t stick around to see the effects, we can only assume the Scooby-style supper was a slam dunk!

Where you do sit on this subject? Are you pro-pot or con-cannabis? Let us know in the comments below.