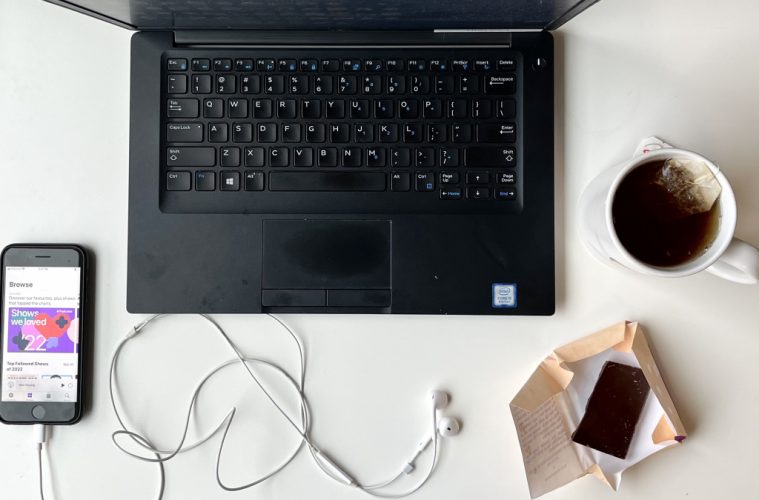 Have you run out of TV shows to watch? Then podcasts are calling! If you need some inspiration, check out our monthly Binge Worthy guides.

And if you are considering going back in the archives and returning to an old favourite how about considering something a little bit different; a re-watch podcast? Do you enjoy standing around the coffee machine at work or hanging out on the couch with your bestie discussing the latest episode you watched? Or would you rather keep your guilty television-watching pleasure to yourself but wished you could talk to someone about it?

Re-watch podcasts are the best of both worlds. Watch along with your podcast hosts as they break down episodes of your favourite shows, get the deep dive on interesting behind-the-scenes tidbits and in some cases listen to interviews with celebrities who have a connection to those shows.

Here is a little bit of something for everyone:

Join real-life besties and former stars of the show, Jenna Fischer and Angela Kingsley as they share fun facts that only someone who has been on the set can know. Between location and script breakdowns, sharing “candy bag” alternative scenes, background catches and interviews with all the stars both in front of and behind the camera The Office fans get a weekly dose of the show we wished never ended. The success of the podcast has led to a book for these talented women, many podcast awards and potential spin-offs. Let’s just say Mom Detectives and Ladies Who Google have a great ring to them.

Nothing screams Can-Con like the kids from Degrassi. Was The Zit Remedy really that bad (YES!)? Were Joey and Cailin meant to be together for all of eternity (NO!)? Did Eggbert help Spike become a better mom (Jury is still out!)? Yes, the podcast is hosted by several fortyish-year-old white men and women and yes, they are critiquing young teens and their actions but any fortyish-year-old Canadian knows the influence this show had on kids in the 80s.

How quickly we discover the crush we had in our early teens was really a problematic dirtbag when viewed 20-plus years later. While the hosts are currently taking a break from reviewing Degrassi (they made it to Next Gen) there are over a hundred episodes in their back catalogue including a few bonus classic television reviews (who doesn’t love the Littlest Hobo) and a current rewatching and review of This So-Called Life.

Who hasn’t turned on the television late at night in a hotel and instantly come across an episode of any of the Dick Wolf Law and Order franchises? In That’s Messed Up, Comedians Liza Treyger and Kara Klenk break down an episode of SVU, tell listeners about the true crimes or crimes the episode is based on and then have a cool interview with a star from that episode.

While thick with snark and witty banter they also don’t forget that there is a victim behind these stories and share resources at the end of each episode in “What Would Sister Peg Do?”. Each week they share what episode they are covering next but let’s be honest, haven’t we seen them all at least 5 times?

Who didn’t love the pom pom holding, dead-ass-kicking Buffy the Vampire Slayer? True Crime, supernatural, and all things Morbid hosts Ash and Alaina take us on an episode-by-episode journey of discovery (Ash has never watched Buffy) and rediscovery (Alaina can recite it line by line) of fictional Sunnydale’s hellmouth. Fun features like “Ask the Watcher”, Ash’s future predictions in the ” Wooden Stake Stab” and cringeworthy moments of “That Aged Like a Vampire” you are transported back to a time when the music was cool, Angel was smoking hot, and a female lead kicked ass.

Podcasts That Are Something A Little Different

In The Scenes Behind Plain Sight

Listen as Ian and Mike review each episode of their hit 2002-2007 show Behind Plain Sight while sharing behind-the-scenes insights, how they are doing now and more. The catch? This show never existed. Each fake rewatch episode is laugh-out-loud funny with over-the-top podcast tropes (they rent their equipment) and fake advertisements (who wouldn’t want to visit the all-male massage parlour called Masogyny). You almost want the TV show to actually exist.

All of the podcasts are available for your binging pleasure wherever you listen to podcasts. And please share your favourite rewatch podcasts in the comments below!