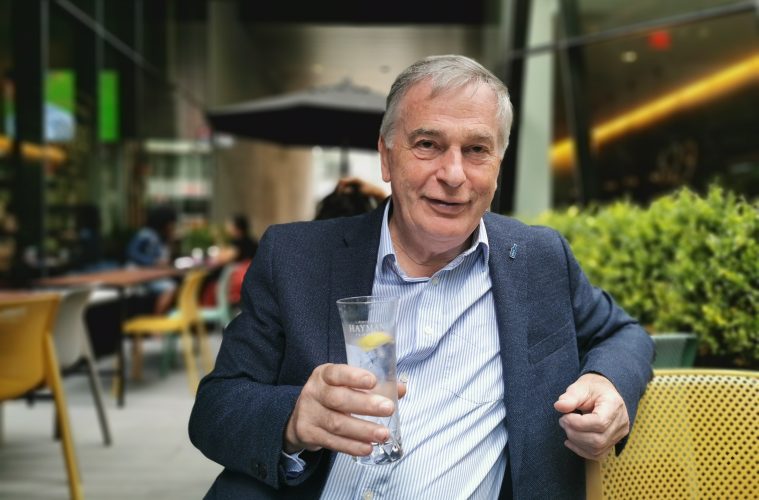 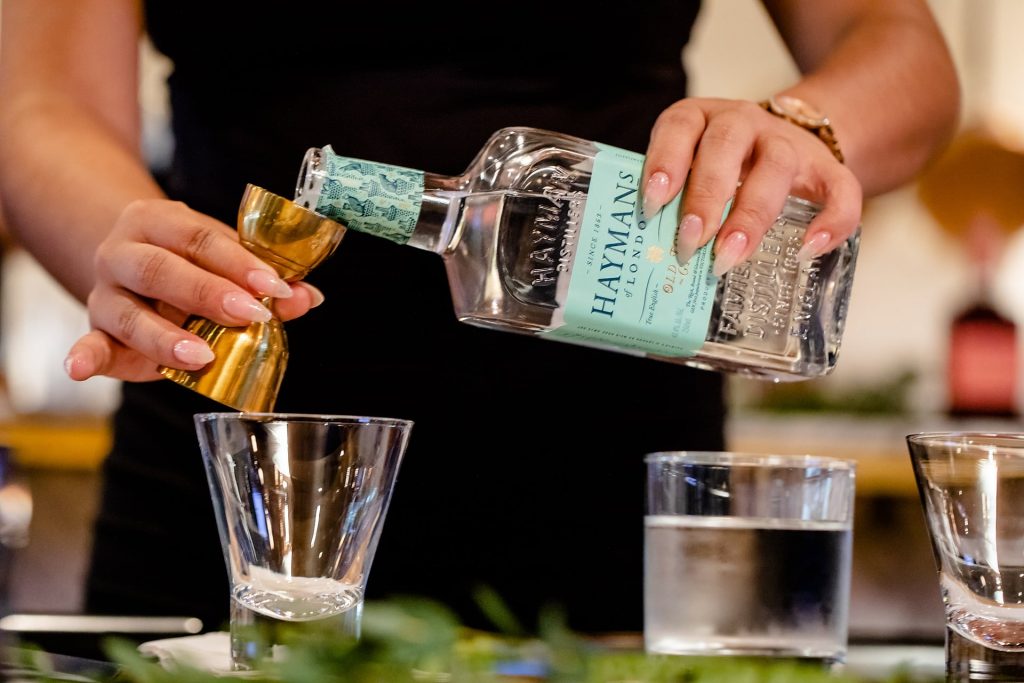 I lived my entire life thinking I was a gin hater until one hot summer day,  I reluctantly joined my husband in a desperation gin and soda when we were out of tonic AND wine and it was like getting hit with a juniper berry hammer. I LOVE GIN. What I hate, as it turns out, is most tonic water. I drank gin and soda all that summer, started adding cucumber and maybe a splash of fancy bitters and, just like that, a love affair was born. I have since discovered Fever Tree Tonic Water and if that is available, I will also indulge in a good, old fashioned G&T. 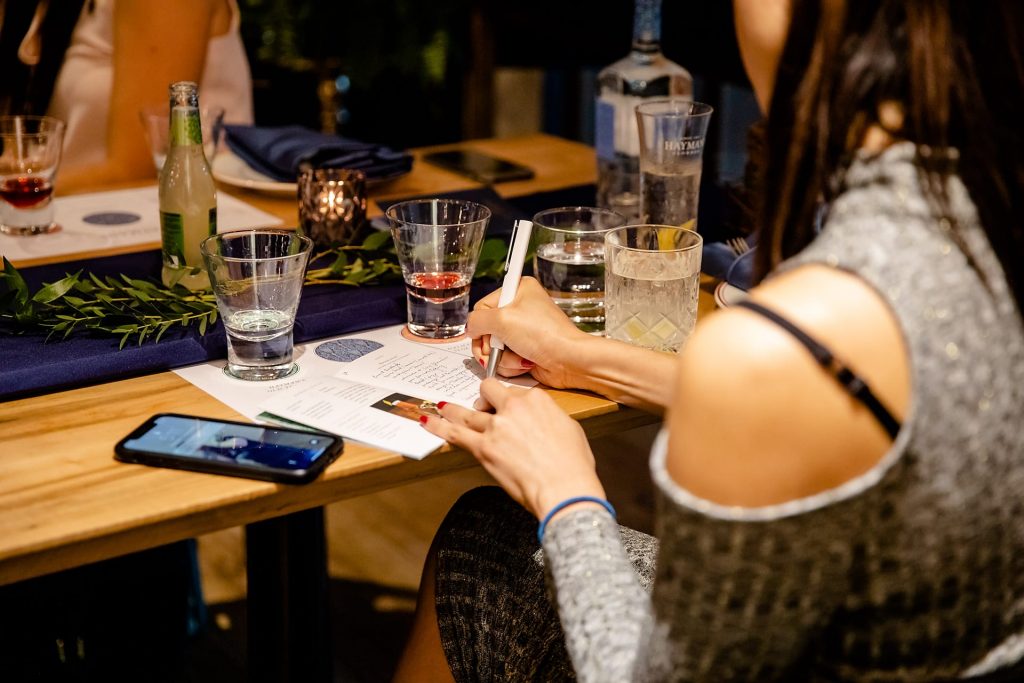 I now have a collection and bring back bottles of local gins from all of my travels and so, when I was invited to interview Christopher Hayman, of Hayman’s Gin at an event hosted at Oretta, how could I say no?

Gin is very much a British spirit, reaching it’s height of James Bond chicness between the mid 60’s to the 80’s. At the time there were, perhaps, 10 brands and gin Martinis were all the rage, but at some point in the early 90’s, gin was replaced by vodka for a time before resurging in a sort of a “ginnaissance” throughout Europe and the UK. Fast forward to today, there are over 500 brands of gin in the UK alone, with exports exceeding 600 million pounds in 2018. 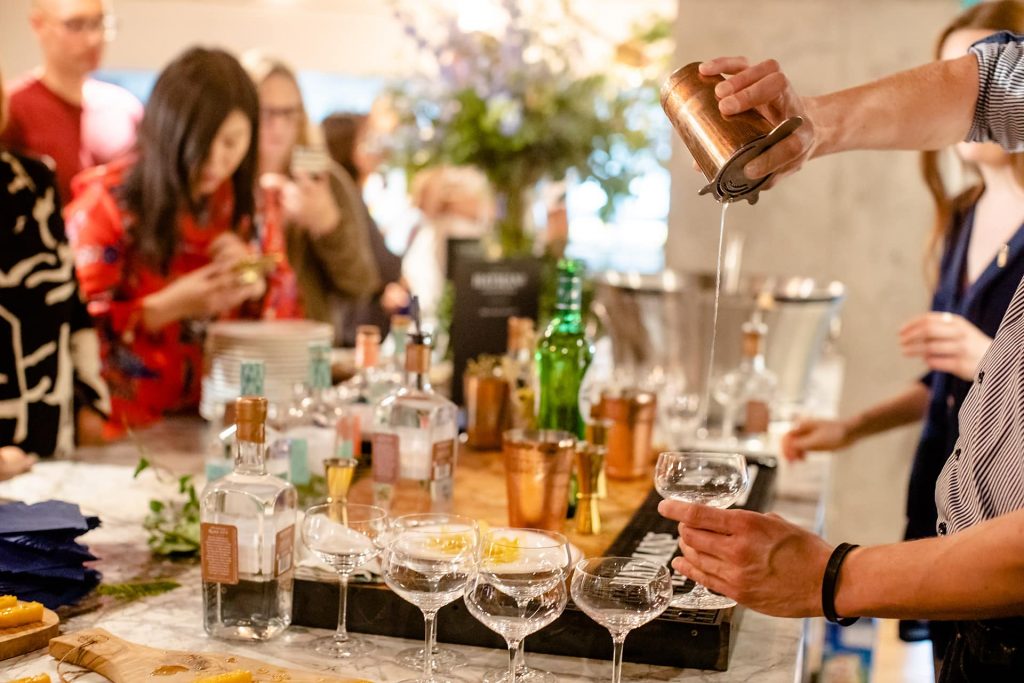 The name Gin is derived from the Dutch word for juniper, which is genever and is the defining botanical that sets gin apart from other spirits.It gained popularity during the Thirty Year’s War when British soldiers relied on “Dutch courage” in the form of gin and by the late 17th century, it had crossed over England, where many people made their own gin at home. Photo: George Pimentel 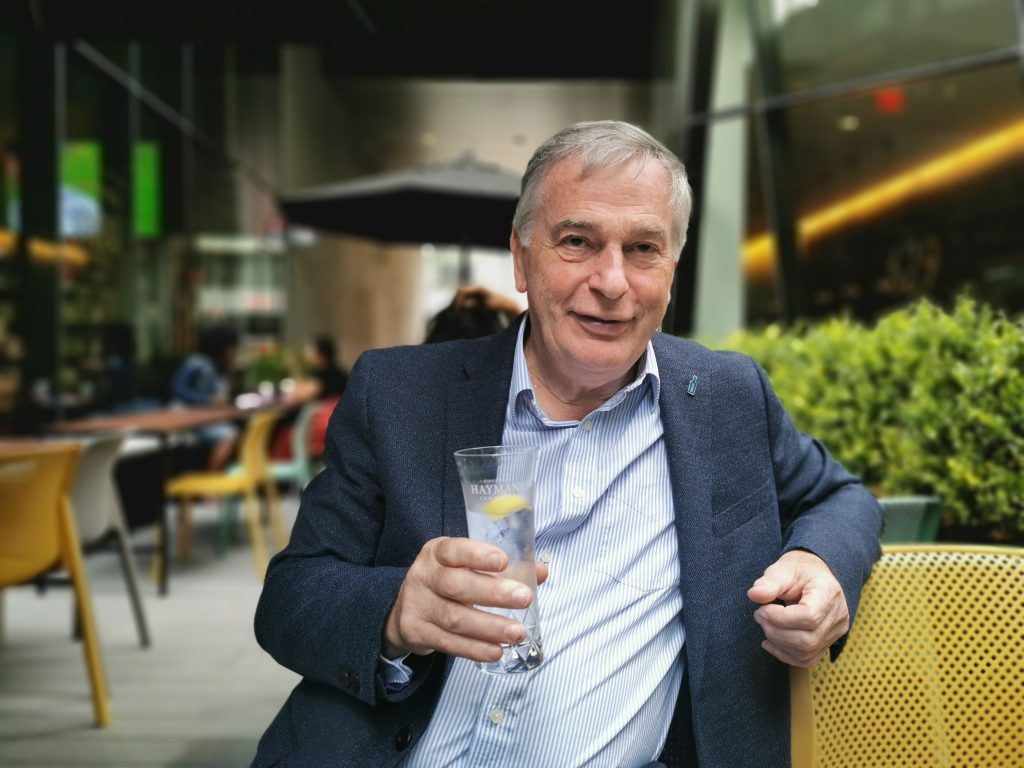 “i’m not wasting 20 years of knowledge and experience so I thought I’d do my own thing” Photo: Carole Nelson Brown

Christopher Hayman was born into a gin family. His maternal great grandfather was James Burrough, founder of James Burrough LTD in 1863. It was natural that Hayman would join the family business  straight out of university in 1969, at at time when their Beefeater was the world’s most exported gin, where he worked until his family sold the business in 1987 and that point he decided to branch out on his own, under his name. 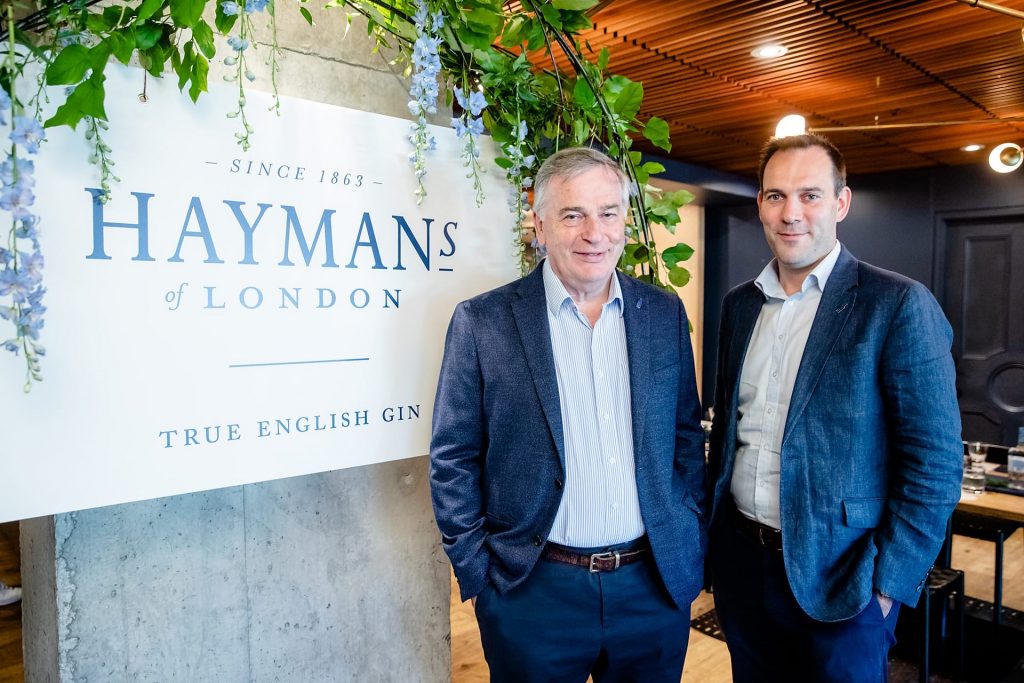 Christopher and son James Hayman, representing the fourth and fifth generation of gin makers in the family Photo: George Pimentel 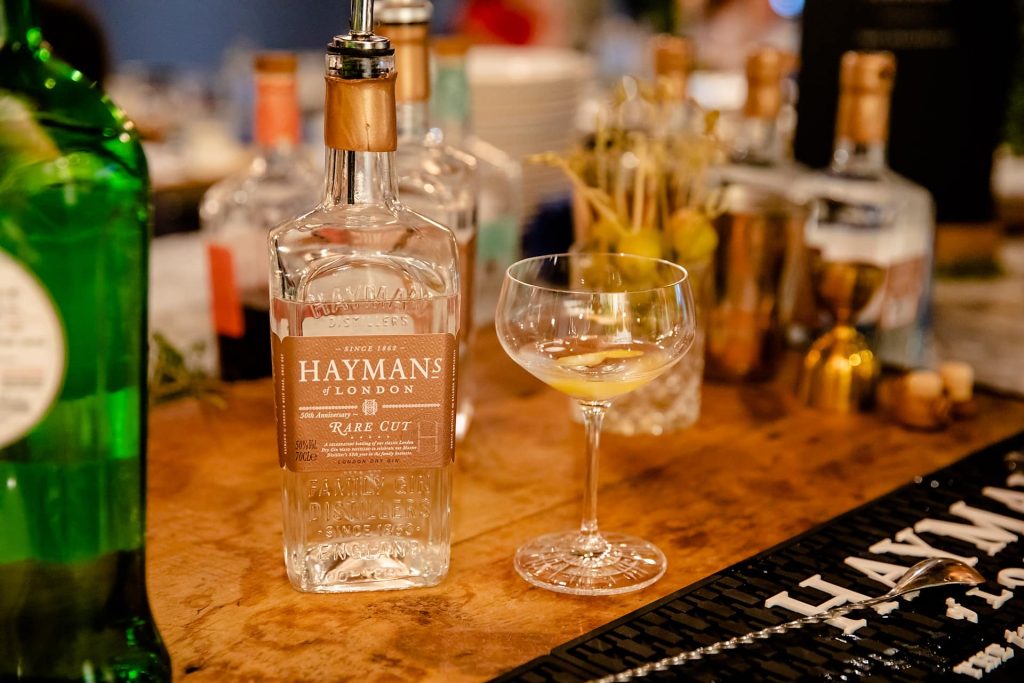 Rare Cut was the secret, limited edition gin that his son and daughter had made to commemorate patriarch, Christopher Hayman’s 50th year in the gin business Photo: George Pimentel

Today, Hayman works with his son James and daughter Miranda in the family business producing a variety of gins, all using the same 10 botanicals with only the recipe changing from gin to gin in order to highlight different flavours. Hayman’s Old Tom Gin, a modern recreation of a family recipe dating back to 1860s, uses twice as much juniper as London Dry while the Old Dock has increased the spicy notes and alcohol content while the 1850 Reserve depends on a heavier use of coriander seed. Their Sloe Gin is a traditional British liquor made using wild sloe berries and sugar which would have been ready in time for the holidays, making it a popular Christmas drink. 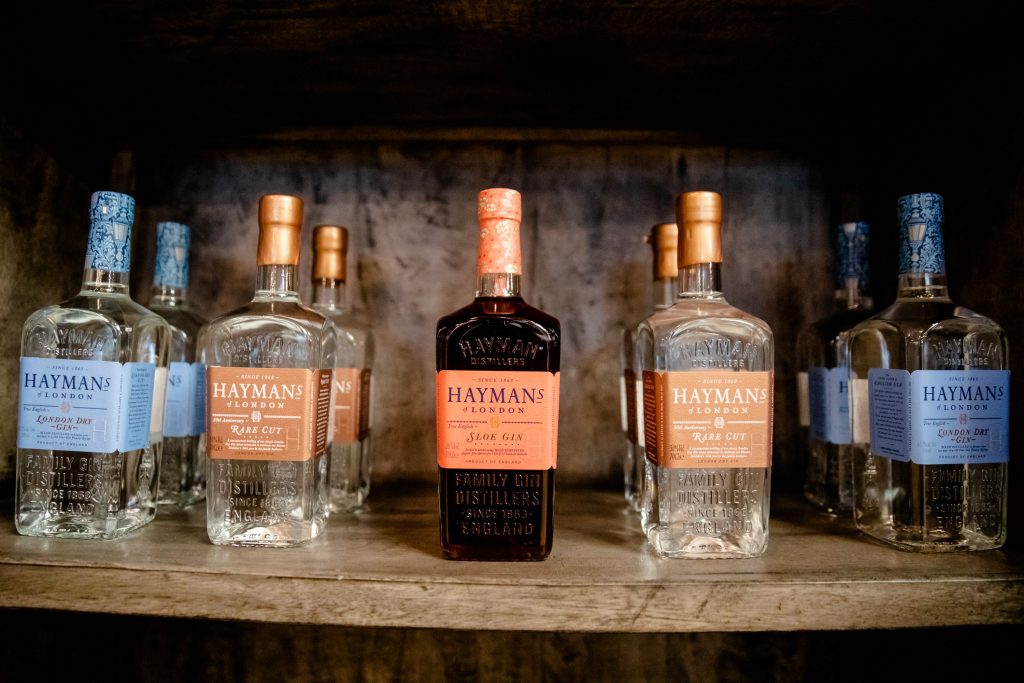 Currently, only the Sloe Gin and the London Dry are available at the LCBO 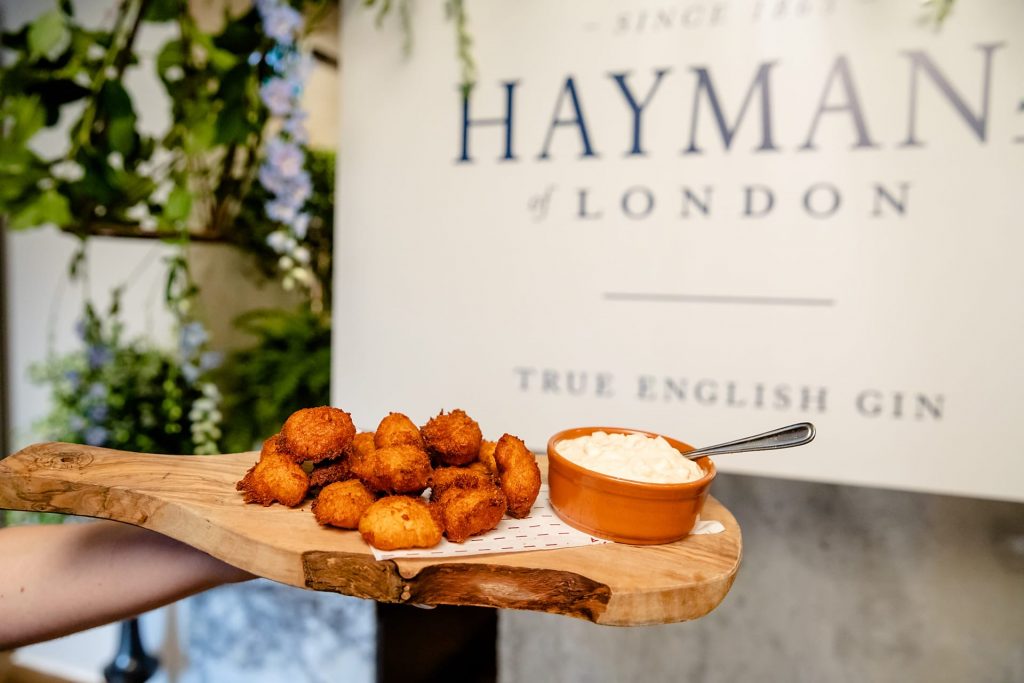 special thanks to Oretta for hosting and providing delicious snacks to accompany our gin tasting Photo: George Pimentel