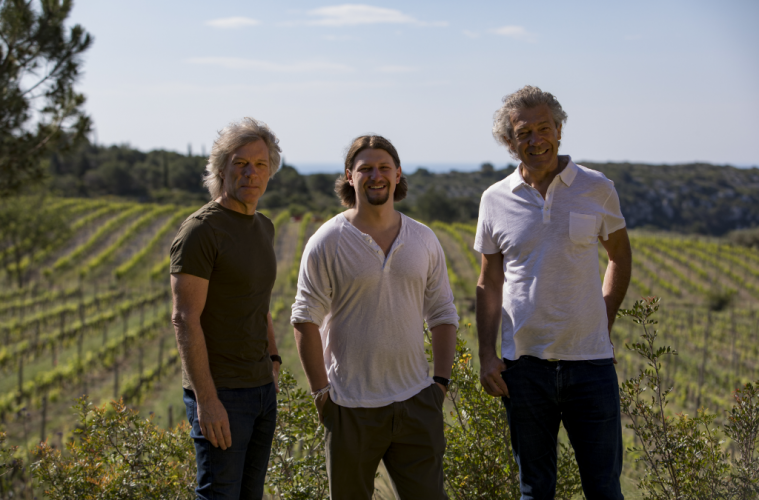 If Rosé All Day is your motto you’ve probably been waiting for the release of Hampton Water. Finally, arriving on shelves here in Canada is the head turning premium rosé from French Winemaker Gérard Bertrand in collaboration with Jon Bon Jovi and his son, Jesse Bongiovi.  Now in it’s fifth vintage year, this award-winning wine from the South of France is projected to cross the threshold of one million bottles sold by the end of this year.

“Born in France. Raised in the Hamptons.”

The idea start swirling around in 2016. “The Hamptons was always about creating memories, spending time with friends and family, and enjoying yourself,” said Jesse.  “We often found ourselves drinking more rosé than water so we were calling everything Hampton Water.”

Jesse mentioned that his father was a consumer of rosé for quite some time. “Jokingly we would always call it “pink juice”. When he finally had a taste of the wine it kickstarted his interest.  While they both have a great appreciation for fine wines, they realized there weren’t many options in the premium rosé category.

The Hamptons — a luxurious, but casual coastal resort area situated at the eastern parts of Long Island, New York, is where days turns into nights and the nights turn into days. Jesse recalls always being surrounded with great friends, family, barbecues, and good times where some of his fondest memories were made. Is it possible to bottle up the essence of the Hamptons?  He kept returning to the idea and approached his father. Jon told him “look, take those college degrees you’ve been working on and if you’re serious then bring something back to me.” So, the research began.

Six years ago Gérard’s assistant answered a call from Jon Bon Jovi on the phone. He wondered why would a global rockstar be calling him? The three of them met and realized that their values were align — wanting to ensure this label was a serious venture and a family business (not a rock star endorsement as many would assume). In fact, Jon mentioned how he appreciated Gérard’s own family’s involvement and they all were interested a premium wine partnership. Bertrand also wanted to ensure that there was a long term plan in place.

The father and son visited the winemaker’s vineyards in the Langeudoc region in France to take a deep dive into the process and the business. They knew  Gérard Bertrand was the one they wanted to partner with. He had the expertise and a reputable international success story with his existing labels already.

Growing up in the Languedoc region, Gérard experienced his first harvest at the age of ten. Today as a second-generation winegrower and owner he’s also a passionate advocate for environmental diversity and is considered a leader in biodynamic wine production. 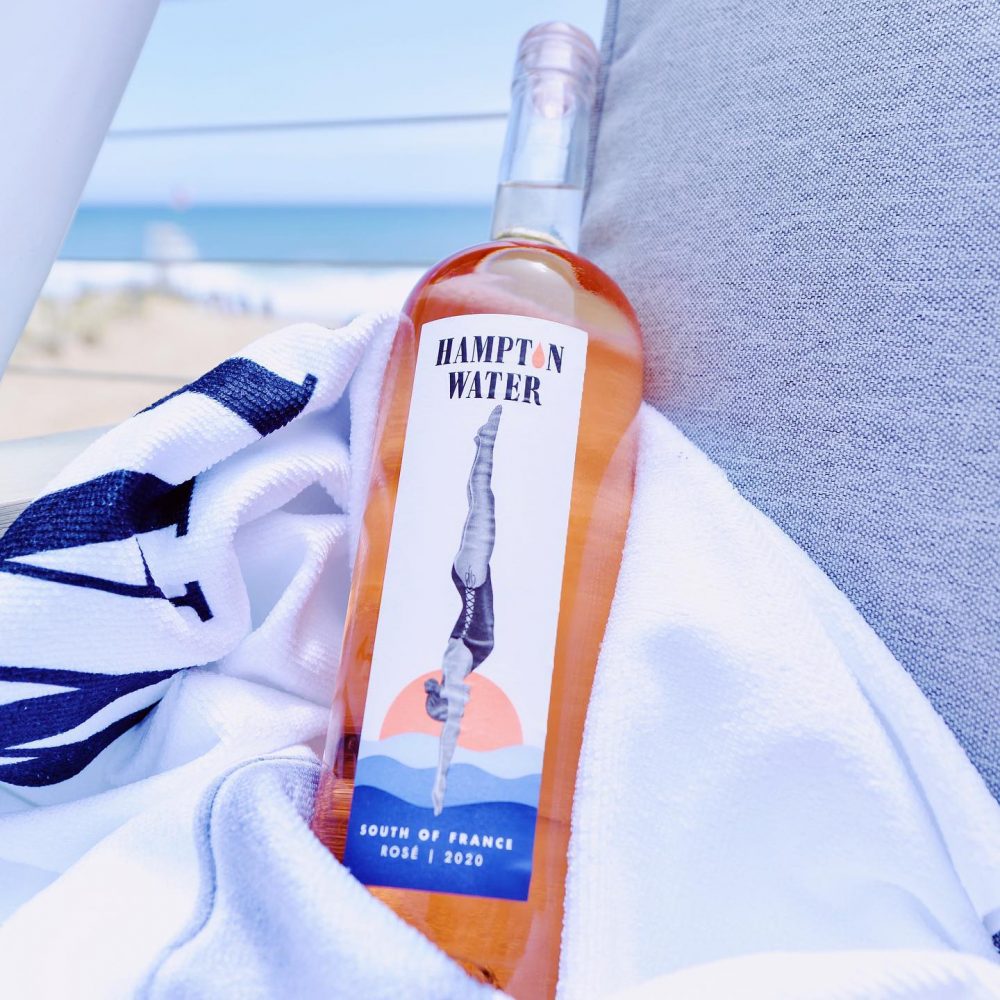 Jon and Jesse flew out to see Gérard in 2017 at his vineyard to make the original blend. Jesse tells us it is primarily made with Grenache grape variety blended with Cinsault and Mourvèdre traditional grapes of the French Mediterranean. The result is an elegant rosé with notes of berries, citrus with a hint of spice that is most enjoyable with many food pairings.

The three partners explained that the label had all parties involved in the process and making decisions. Yes, marketing would be advantageous with Jon but they had a clear goal in making a reputable wine label that could stand on its own merits year after year.

In 2018, Hampton Water was launched and is now recognized in numerous competitions and blind tastings worldwide. The rosé has rated 5 years in a row above 90 points by Wine Spectator magazine — a first for the category. It’s also the first rosé to make Wine Spectator’s top 100 in 20 something years and now Wine Enthusiast has named it one of the top rosés in the world. 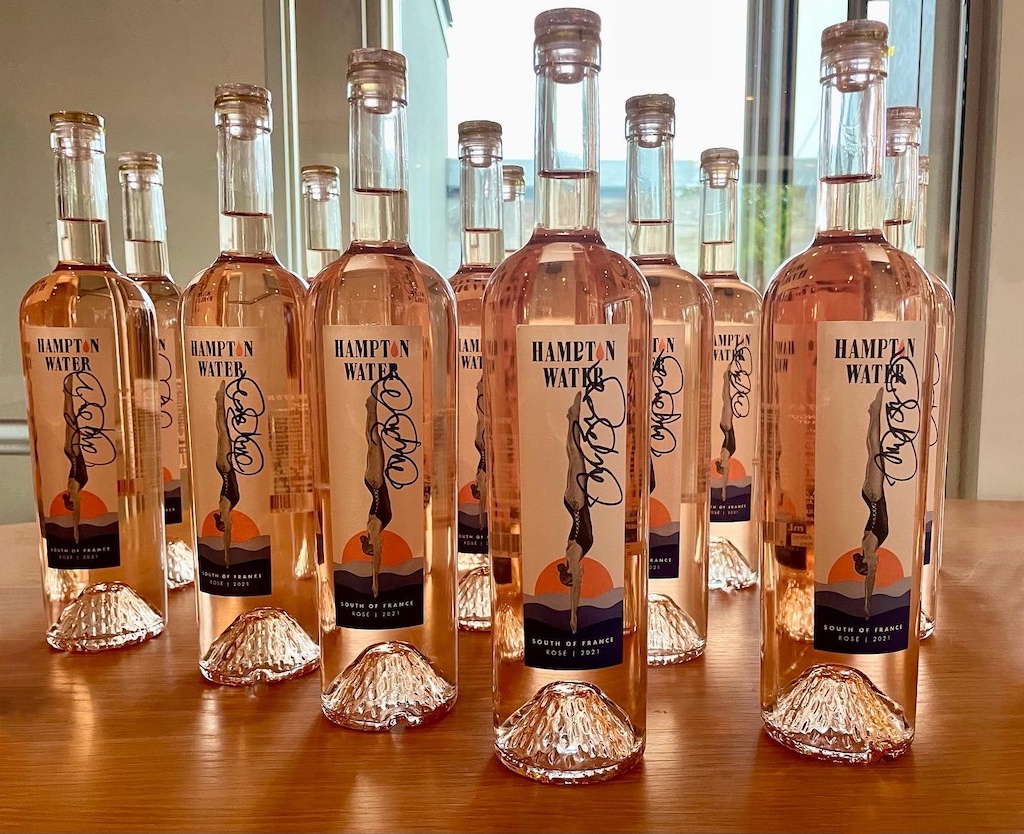 “We found that we shared the same love for family, food, friends, and of course, great wine and great music,” says Jon. “Gérard Bertrand has been hosting a jazz festival at his main wine estate, Château l’Hospitalet, each year, for almost 20 years.”

“For me the connection between wine and music is organic,” says Gérard. “I wanted to create with the complicity of Jon and Jesse a harmonious and racy rosé, a link like a song chiseled and resonating in people’s hearts.”

“We all have a passion for what we do. We want to be great at it. We work hard to earn the trust of the people who will be drinking our wine but we also enjoy drinking the wine, ourselves. We’re very proud of it,” said Jon.

Hampton Water ($29.95) arrives on LCBO shelves in Ontario on September 10th with the new vintage. 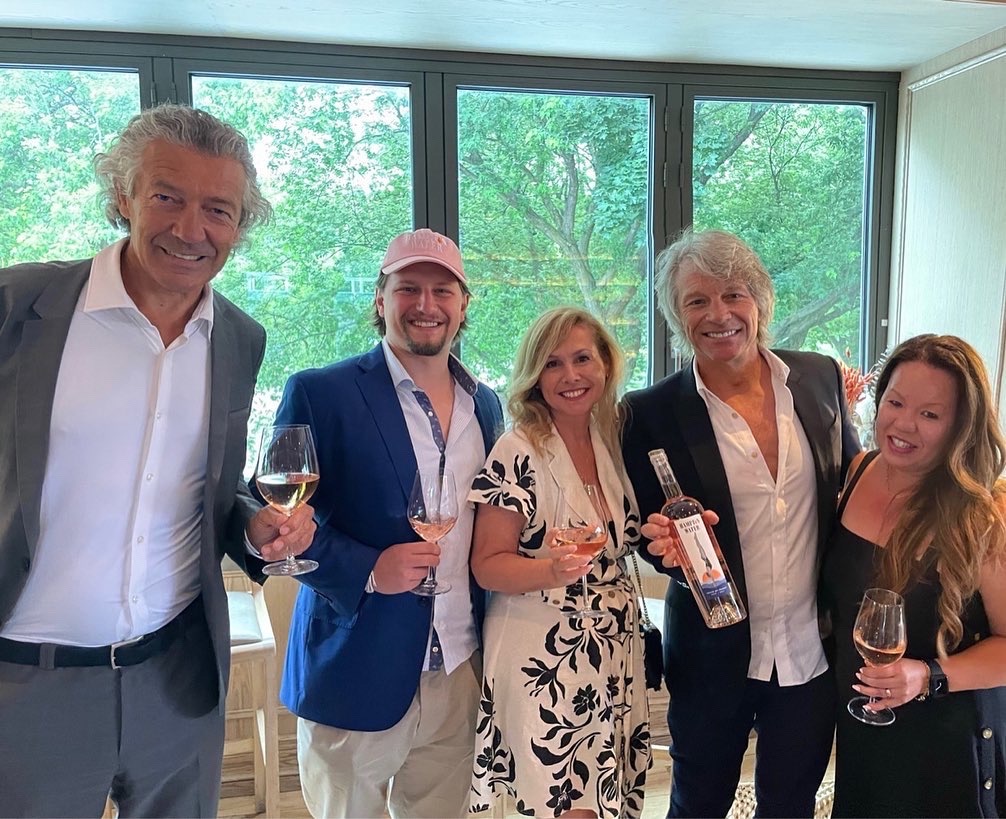