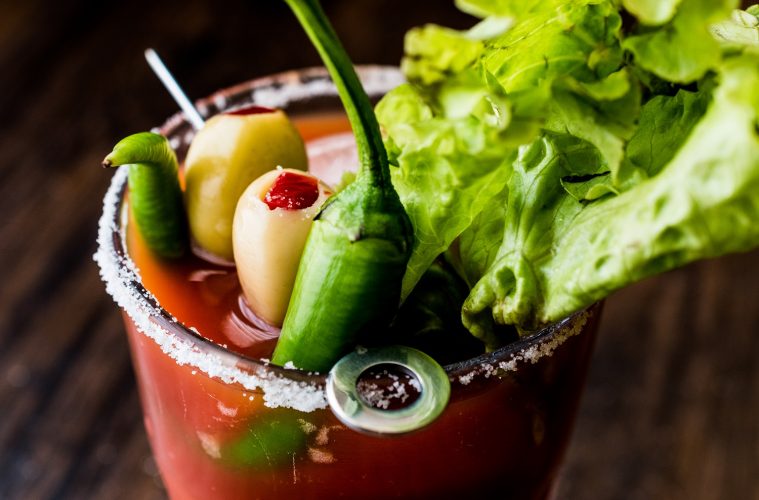 Hail To The Mighty Caesar

Anyone want to take a guess at what Canada’s National Cocktail might be? It is not the Canadian Rock Shot. Nor is it the Newfoundland Screech, the Moose Milk, the Cariboo or the Yukon Jack.

But if you guessed Caesar, then you would be right. 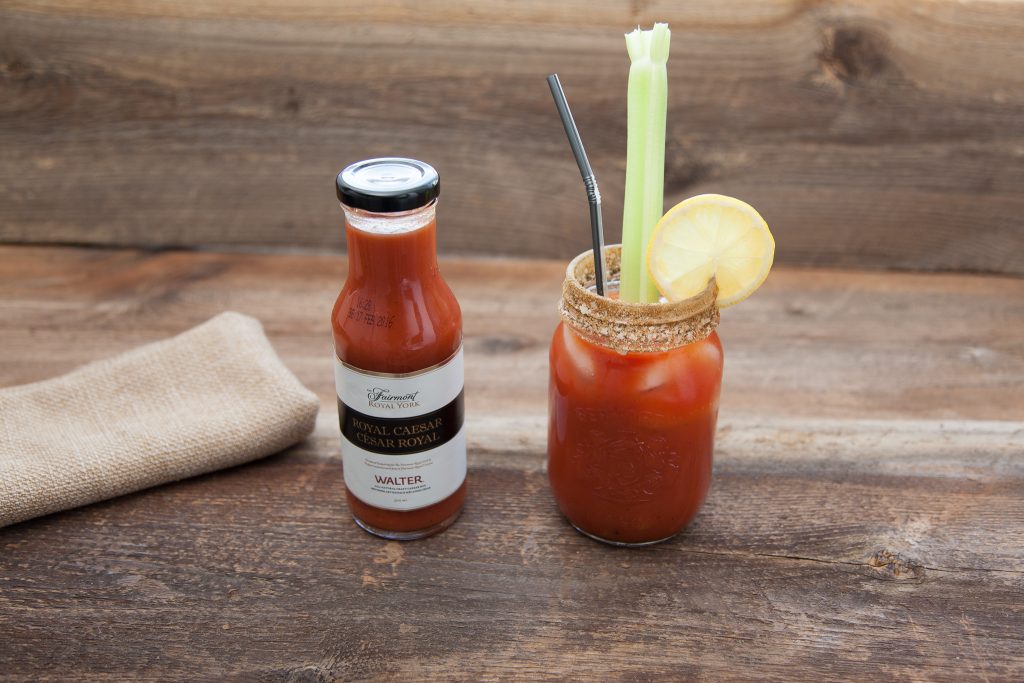 Whether you like it with a strip of bacon, a spicy asparagus or simply with a piece of celery, the Caesar has been a staple on the Canadian cocktail scene since 1969 when bartender Walter Chell was asked to create a new, signature cocktail for the grand opening of Marco’s Italian Restaurant in Calgary. Wanting to stay true to both his Italian roots (not to mention the flavours on Marco’s menu) and to his new country, Walter found his inspiration from his favourite dish, Spaghetti Alla Vongole (an Italian specialty made with you guessed it, tomatoes and clams).

Fast forward almost 50 years and the Caesar is one of the top cocktails in Canada. So popular that today, May 17th, is National Caesar Day! In celebration, not only are we hitting our favourite patio for a drink, but we are including a menu for you to create at home. 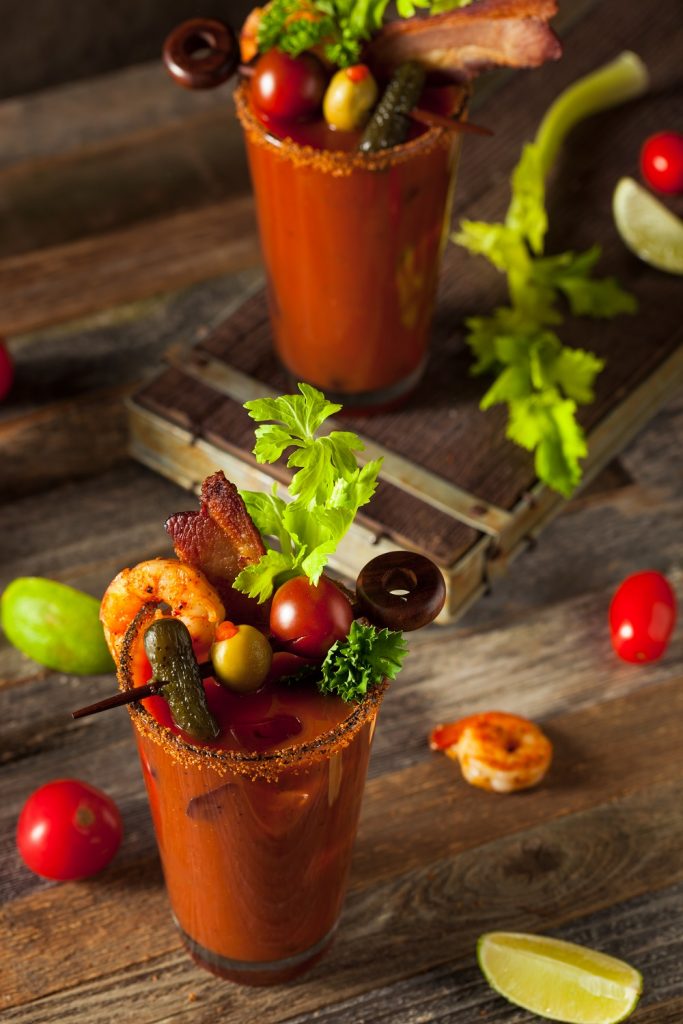 Our friends over at the LCBO provided this classic Caesar recipe:

TIP: Turn up the heat
Stir in horseradish to give a Caesar some extra bite.

For very special occasions, we also suggest you try adding a few drops of the highly sought after Diamond Reserve from Tabasco. This limited edition bottle will be released in celebration of Tabasco’s 150th anniversary and will be available sometime this year through the Avery Island company’s website. Keep an eye out for announcements and hoard if you can. The flavour is definitely 10 Carat! 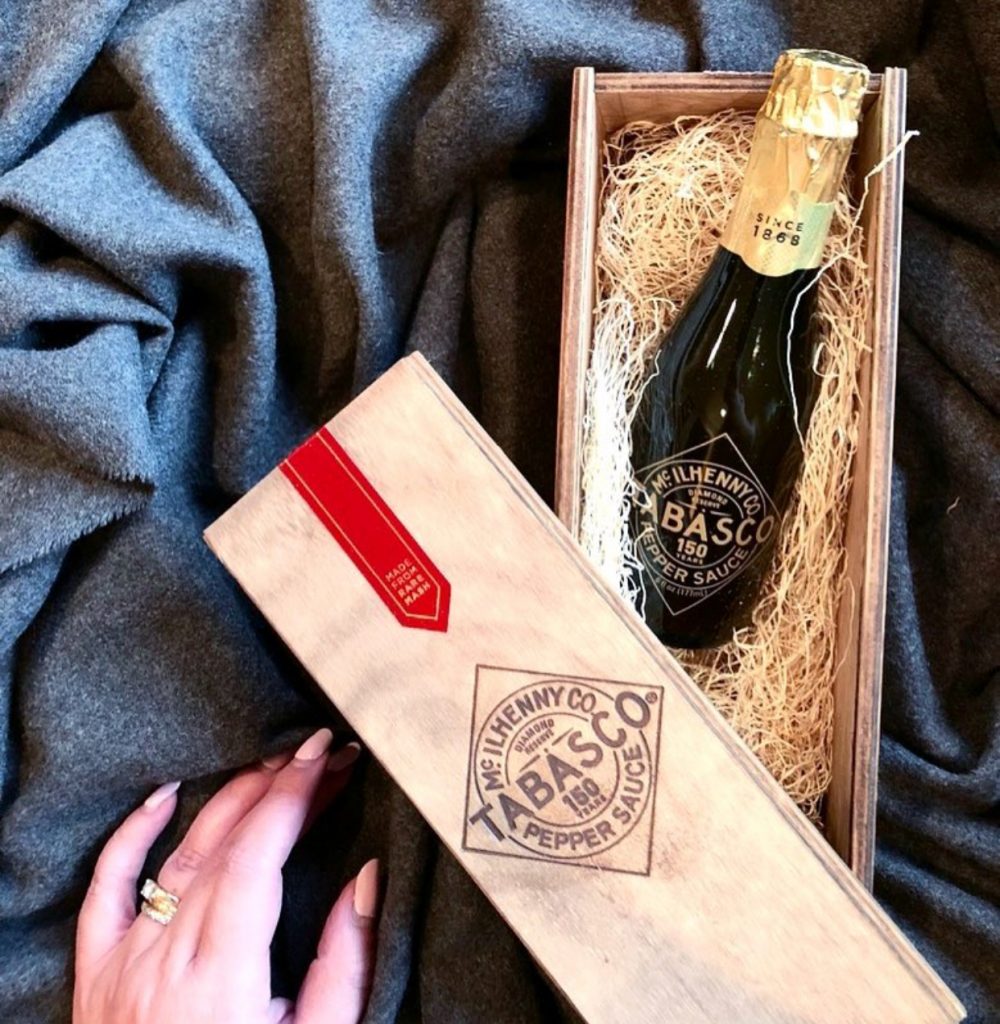 A strip of bacon

Pickled beans (Spicy or not)

Or some beef jerky 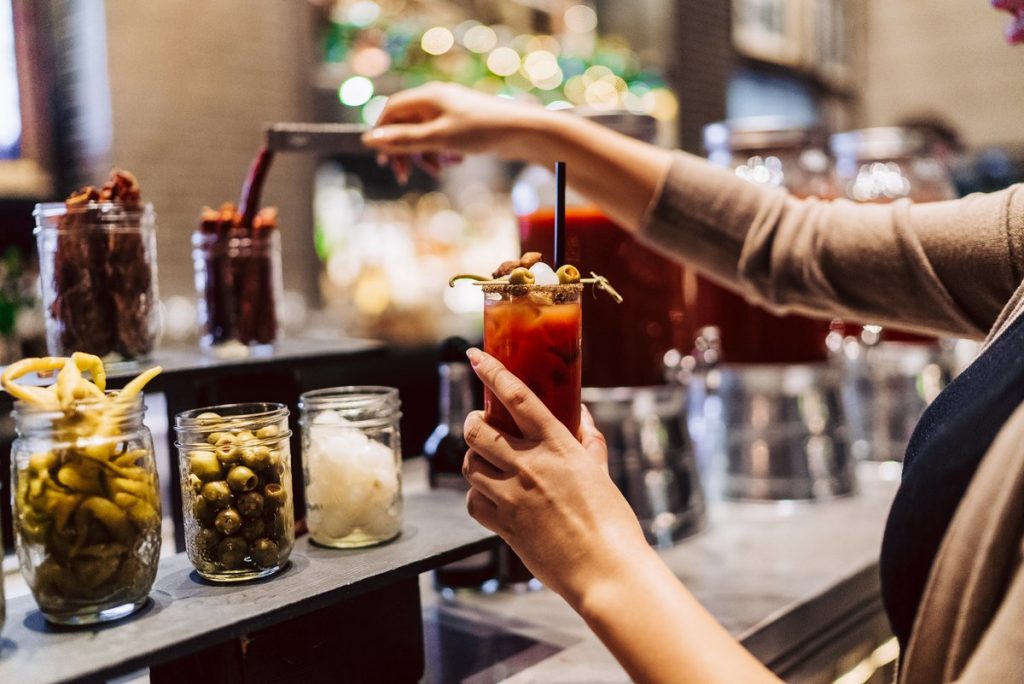 Ingredients:
10 slices of bacon
20 large sea scallops
Fresh ground pepper
Preparation
Put the rack in the middle of your oven and preheat the oven to 200° C (about 400° F).
Lay the bacon on an aluminum foil-lined baking sheet.
Bake the bacon for 6 minutes or until partially cooked but still very flexible.
Remove baking pan from the oven.
Move the rack to the top of oven and turn on the broiler.
Remove bacon from pan, pat dry with paper towels.
Slice each slice of bacon crossways into two long strips.
Season the scallops with freshly ground black pepper.
Wrap the halved bacon strips around the scallops, and secure each with a toothpick.
Remove the tinfoil from the baking pan (but wait until bacon grease has cooled).
Place the bacon-wrapped scallops on the baking pan.
Put the baking pan in the oven, on the top rack (they should be 4 to 5 inches away from broiler).
Cook for between 8 to 10 minutes. Flip the scallops every couple of minutes.
Remove the scallops from the oven, let cool slightly.
Serve with a Caesar and enjoy! 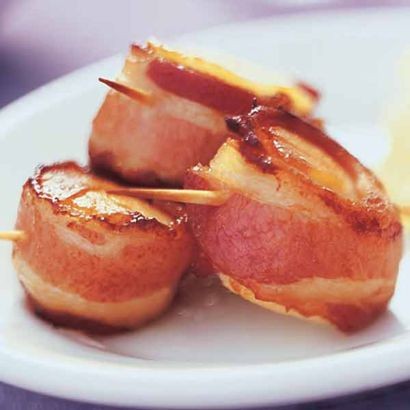 Bottoms up! And remember, on Sunday, July 22nd is Caesar Fest. Click here to check it out.