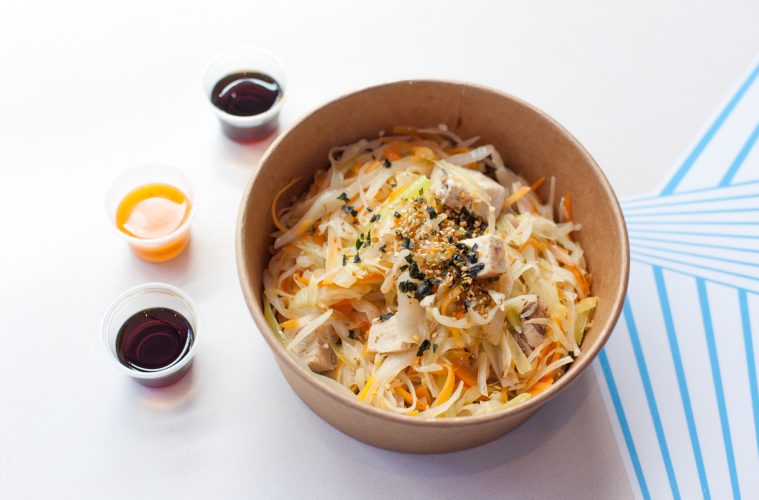 H2 Kitchen is a play on words, Happy x Healthy, a cheery note to their core beliefs- eating healthy and fresh food shouldn’t be an occasional thing, it’s a lifestyle change. That’s just what you’ll find at this bright space, located right on Queen West. Taking over from a fast casual Japanese concept, H2 Kitchen’s menu offers some Korean influenced noodle bowls, and Hawaiian-style Poke, as well as smoothies, salads and the ubiquitous (avocado) toasts. 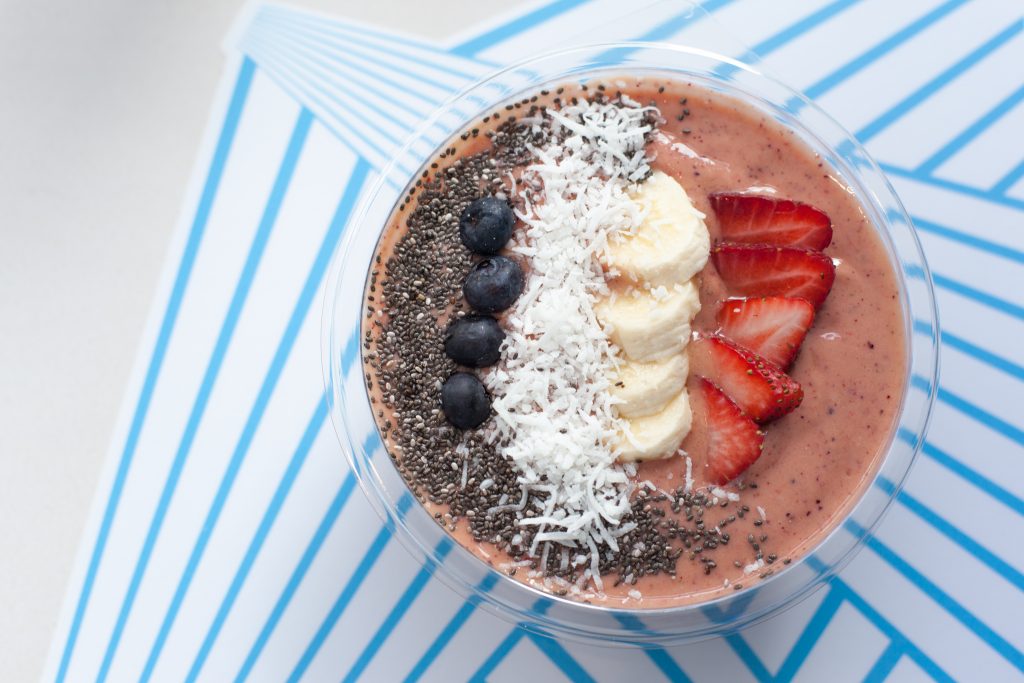 While poke stops are nothing new, H2 Kitchen is much more than just a place to get raw fish. The menu is healthy to a point of obsessiveness, consulting with nutritionists and curating the freshest ingredients to build their menu around. Keto friendly picks like the sensational Eggroll in a Bowl taste like the real thing but with no guilt. 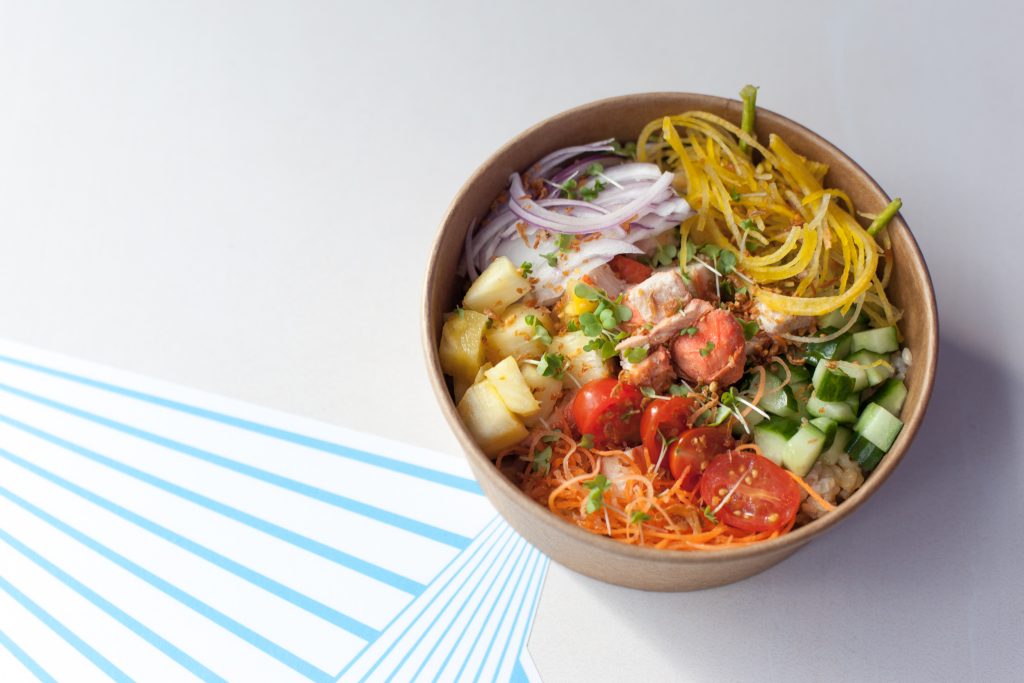 Poke bowls come stacked with your choice of base- sushi or brown rice, soba or yam noodle. Proteins like Atlantic Salmon, Ahi Tuna, Octopus, Crab or Sea Urchin make for bountiful bowls that are anything but boring. And that’s the exact approach H2 Kitchen is hoping for, repeat customers are their core business. To entice people even more, they’ve launched a membership program (going for a very palatable $5 per year) to give discounts on food but also as a way to invite members back for special meetups, tastings and nutritional talks. 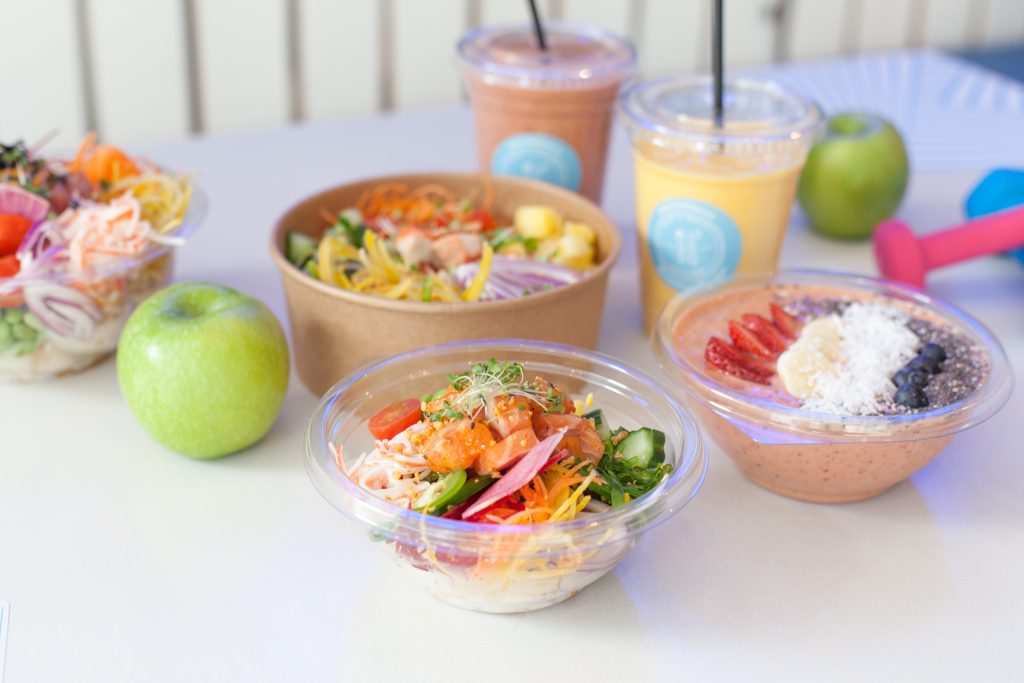 With a commitment to healthy eating and a healthy lifestyle (wanna sit on a yoga ball instead of a chair?) H2 Kitchen is living up to it’s name, not just some phony lip service to get you in the door. 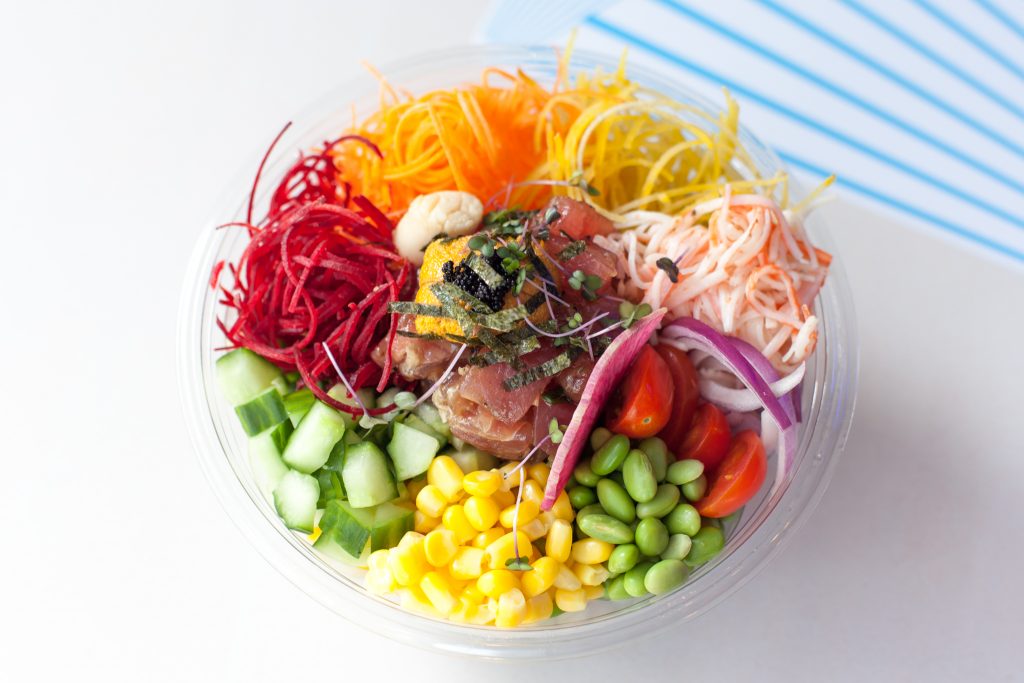 H2 Kitchen is currently open Monday to Sunday from noon until they run out! Head over on for a Free Bowl Giveaway on February 22nd from 12-3pm!