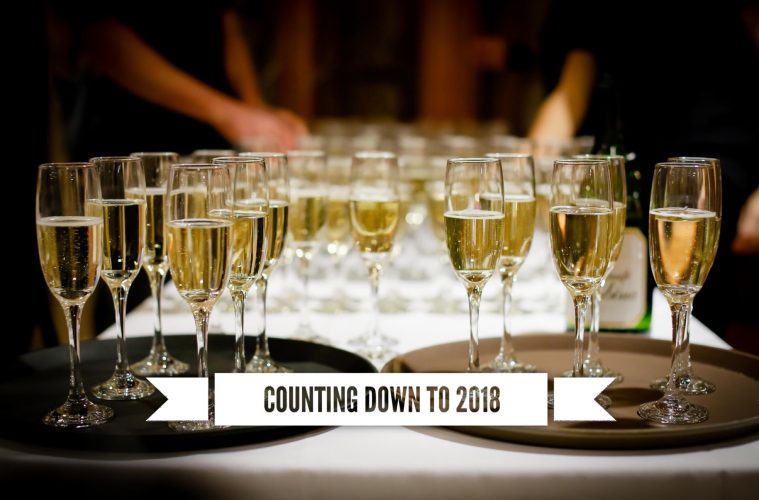 We’re anxiously waiting to ring in the New Year. Some of us love a revel with friends over endless bottles of Prosecco, while others prefer a quiet and cozy night in front of the television. Either way, we can all agree that we’re ready for a fresh start. Here is what to watch this New Year’s Eve, so you can plan ahead!

PRO TIP for parents of small children: Avoid the over-exhausted situations and late night melt downs. If you’ve got little ones, you can count down to New Year’s Eve  with on demand videos available on Netflix Canada, and get them to bed without missing the fun. The popular year end countdown videos are created with some of the most popular characters including Trollhunters, All Hail King Julien, Skylanders Academy, Puffin Rock, Beat Bugs, Word Party as well as new appearances from Pororo, Larva, Ture and the Rainbow Kingdom. and shows so you can create your own countdown New Year’s Eve party ANY TIME and ANY DAY you choose. And do it over and over again! The on demand videos are available through January 31. So brilliant!

Is it New Year’s yet? Who cares! Celebrate anytime!

CBC TV Air Farce New Year’s Eve 25th Anniversary Special: looks like a great one to watch! The cast talented entertainers including Don Ferguson, Jessica Holmes, Luba Goy and more are bringing some smart and funny skits to our television sets recapping this past year’s most talked about topics from politics to pop culture. They’ve teased out a few goodies and we’re very curious about The Handmaid’s Tale and Taylor Swift sketch! OMG! Expect a lot of laughs in this annual highly anticipated new year’s special. Airs on CBC at 8:00 pm. 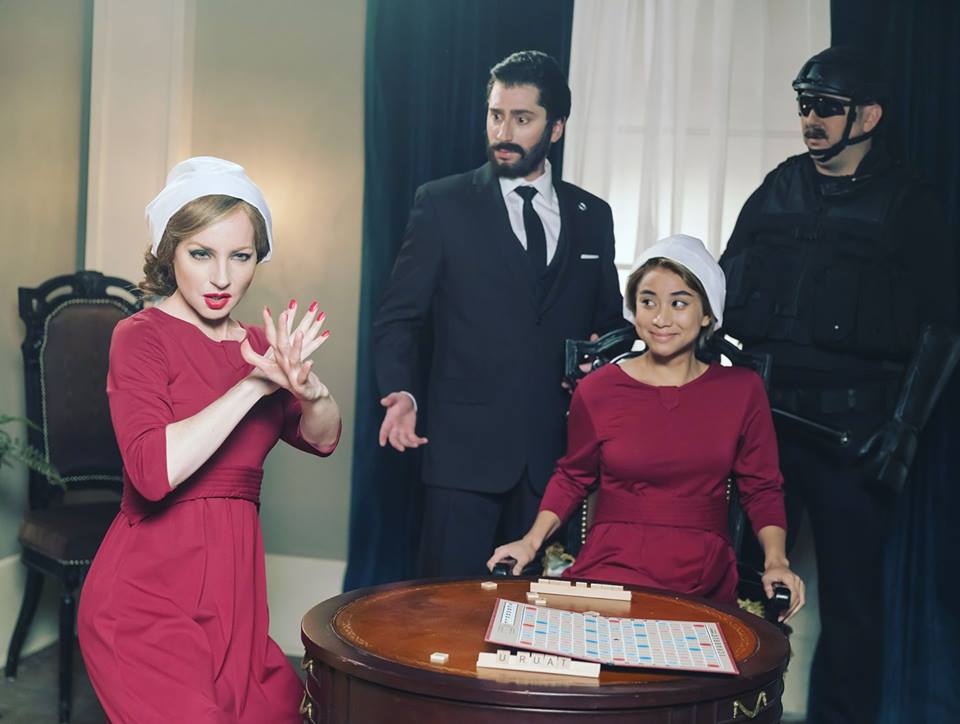 Dick Clark’s New Year’s Rockin’ Eve with Ryan Seacrest: ABC airs live once again from New York City’s Times Square. The annual favourite entertainment show goes coast to coast with special guests hosts including Jenny McCarthy, Ciara, and Lucy Hale  (Pretty Little Liars). Performances will include Halsey, Shawn Mendes, Charlie Puth, Britney Spears, Florida Georgia Line, Imagine Dragons and many more. But wait for it… Mariah Carey is on the list too? *rubs eyes* Okay. You got us. Parts of the show will air on City TV leading up to the midnight countdown of the famous ball drop. For a full list visit newyearsrockineve.com 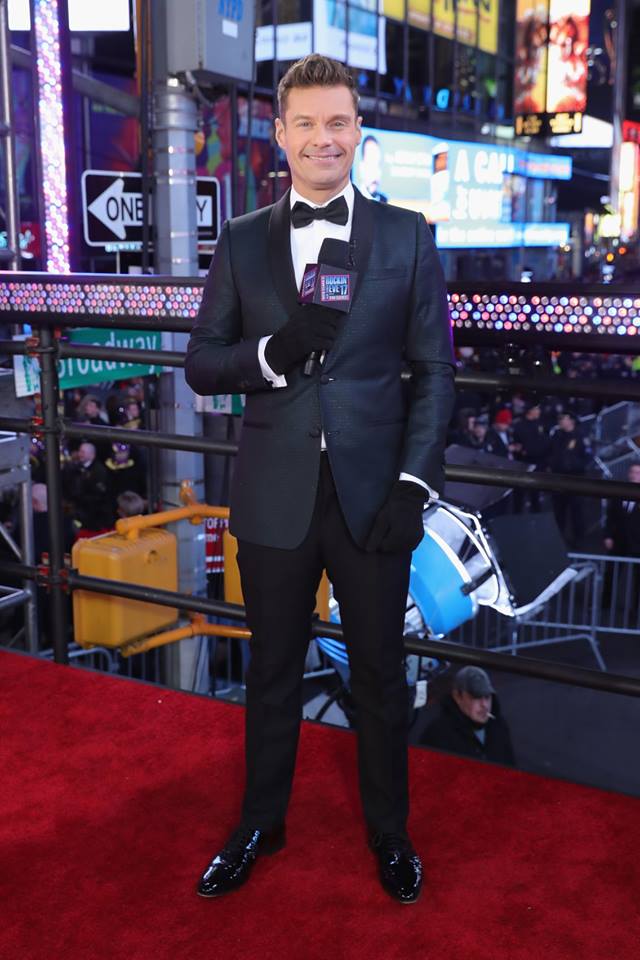 New Year’s Eve Live with Anderson Cooper and Andy Cohen on CNN: also airs live from New York’s Times Square. Now in its 11th year, the CNN New Year’s Eve show is a global celebration featuring contributions from CNN correspondents across the country and around the world.  Apparently Cohen and Cooper have known each over for 25 years and are good friends and have performed in over 30 cities together so this is worth watching. Cohen you may know from Bravo’s Watch What Happens Live with Andy Cohen as host and executive producer. Cohen takes over the spot from former co-host Kathy Griffin who was dusted after her political joke gone-too-far earlier this year. 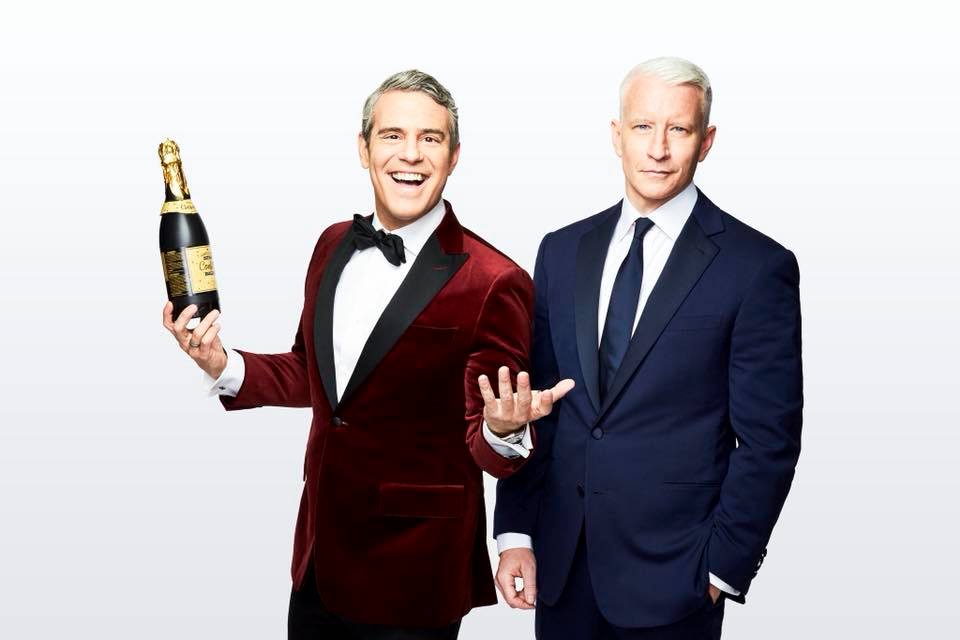 FOX’s New Year’s Eve with Steve Harvey: because there’s always space in Times Square this too will air live this evening with co-host Maria Menounos. Performances you won’t want to miss including Celine Dion, Backstreet Boys, Neil Diamond and more including “surprise guests.” 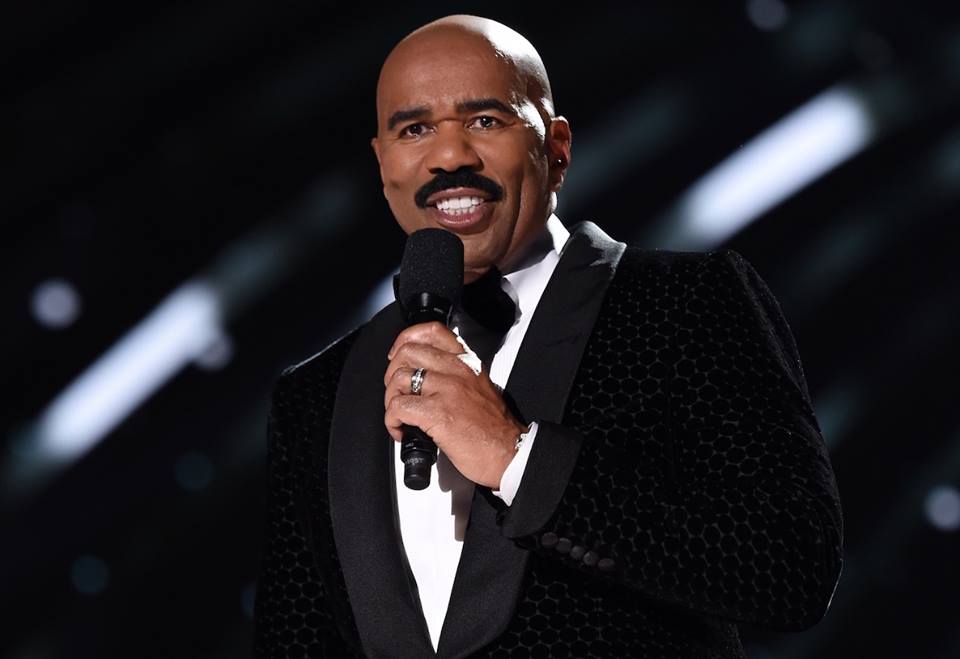