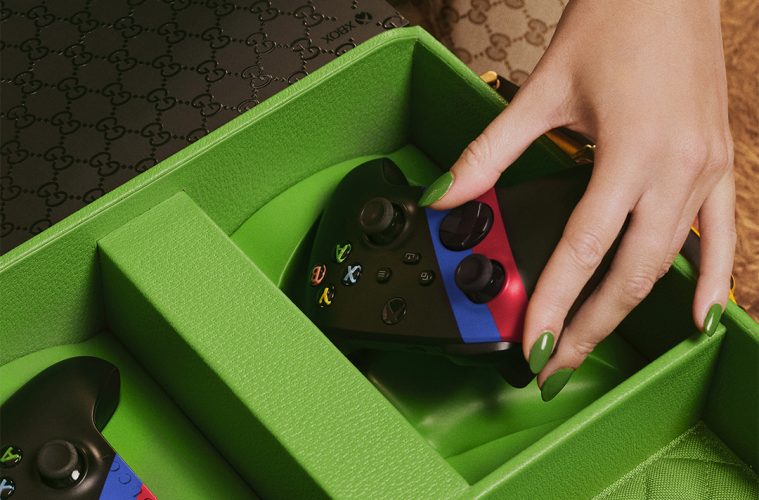 Well, the super rich or super fans (or super lucky) will be keeping an eye on this very exciting collaboration between two iconic companies. In celebration of GUCCI’s 100th anniversary and XBOX’s 20th anniversary,  a very special and very limited edition gaming bundle will launch on November 17th. Only 100 numbered sets will be made available worldwide.

Each set is comprised of a custom Xbox Series X console laser-engraved with a GG-pattern, two Xbox Wireless Controllers in Carbon Black featuring Gucci’s Web stripe in red and blue and an Xbox Game Pass membership, complemented by a hard case inspired by Gucci’s archival luggage. 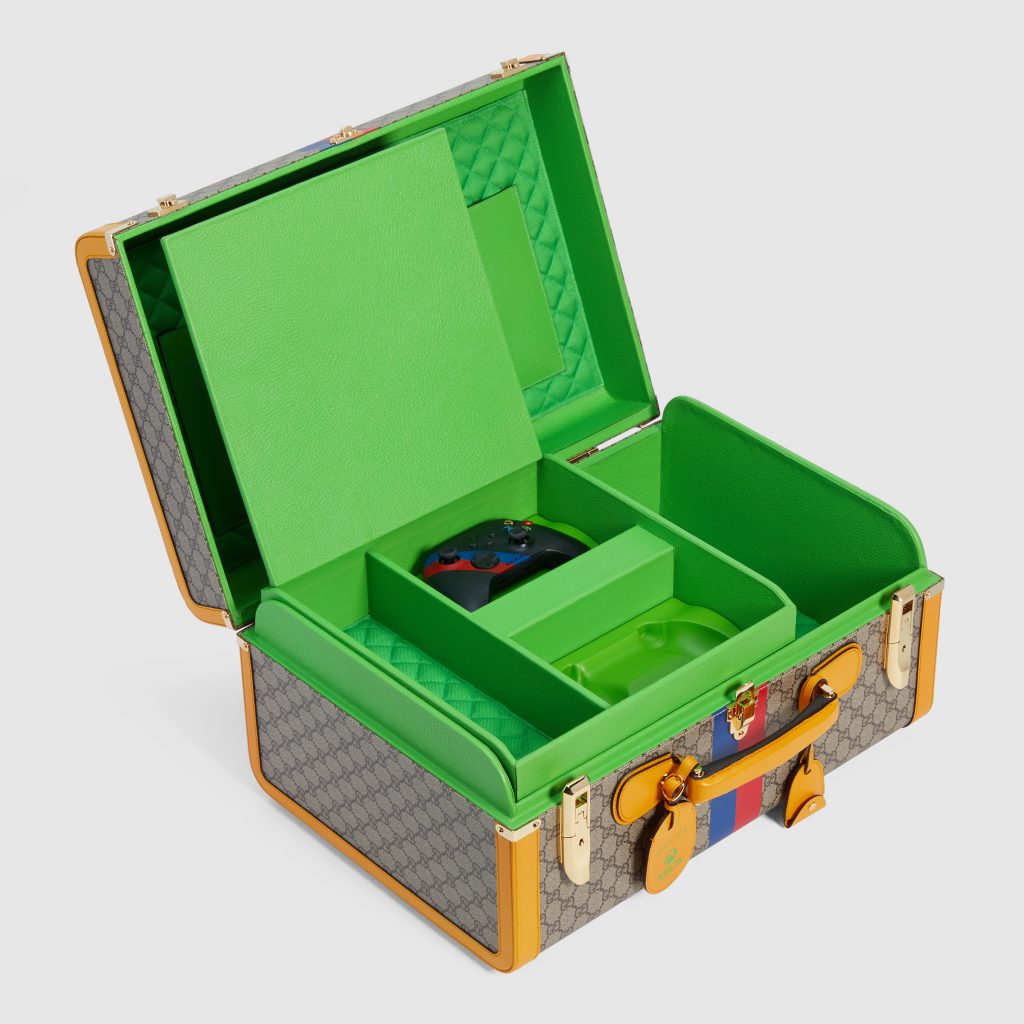 The case is covered in the famous beige Gucci Supreme canvas, with gold catches and yellow leather trim. A red and blue Web stripe runs around it, while “XBOX” is written on the lid in the brand’s signature green, a familiar hue to Xbox players. The same colour covers the efficiently compartmentalised interior, which houses the console and controllers.On the bottom of the case sit the words “GOOD GAME” in yellow. The motto recalls the happy coincidence that GG stands not only as a famous motif in Gucci’s decorative vocabulary–deriving from the name of Guccio Gucci, who founded the House in 1921 in Florence –but also as the acronym of this formula, used sportingly during gaming. Attached to the handle is a yellow leather key holder and luggage tag, portraying both the companies’ logos. 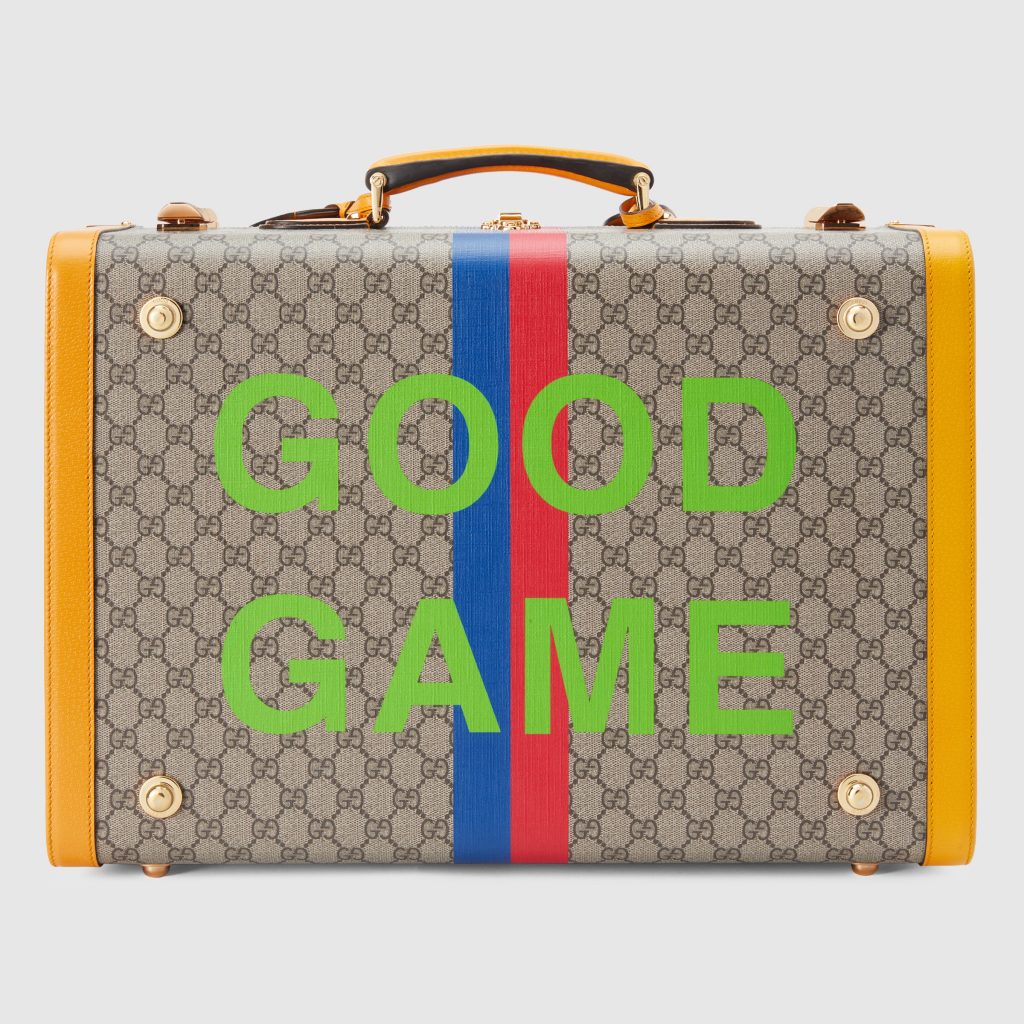 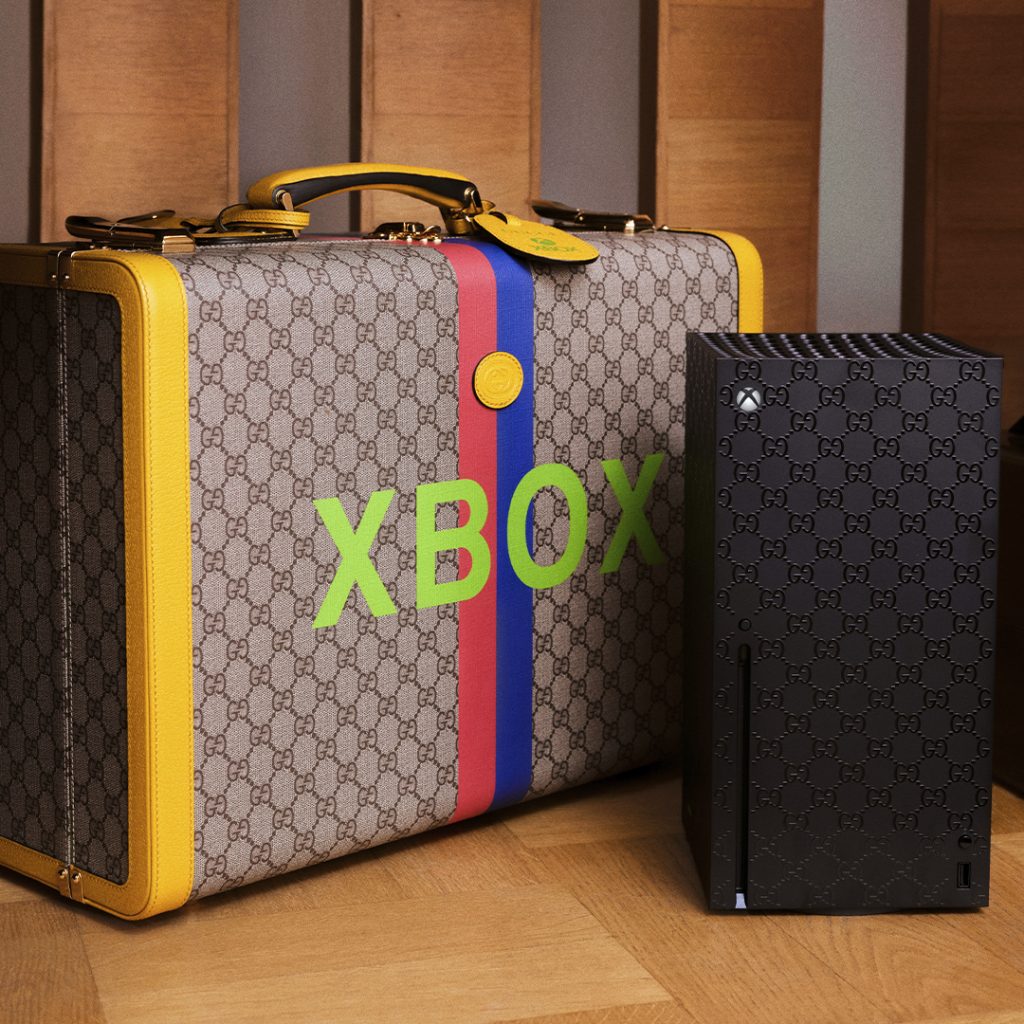 The project speaks of Gucci’s quest in seeking out new cultural areas to explore, always with a view to encouragethe promotion of character and self-expression. For gaming fans, enthusiasts and aficionados, this exclusive console and its carrying case area collectible, eclectic set, with nods to thepast, present and future.The new Gucci and Xbox collaboration comes after the House’s previous exploration of the world of games and video-games, boththrough those it has designed for its own app, as well asthrough its collaborations withMattel Creations, 100 Thieves Roblox, Zepeto, Animal Crossing, content creators from The Sims 4’s community, and FNATIC among others.

The set will be available on November 17th on gucci.com, as well as in select Gucci stores: New York’s Wooster, Rodeo Drive in Beverly Hills, Moliere Palacio de Hierro in Mexico City, Beijing SKP, Shibuya Parco in Tokyo, as well as in ephemeral Gucci Circolo locations in London, Berlin and Milan.

Hey, Gucci and Xbox! November 17th is my birthday too! *wink wink*