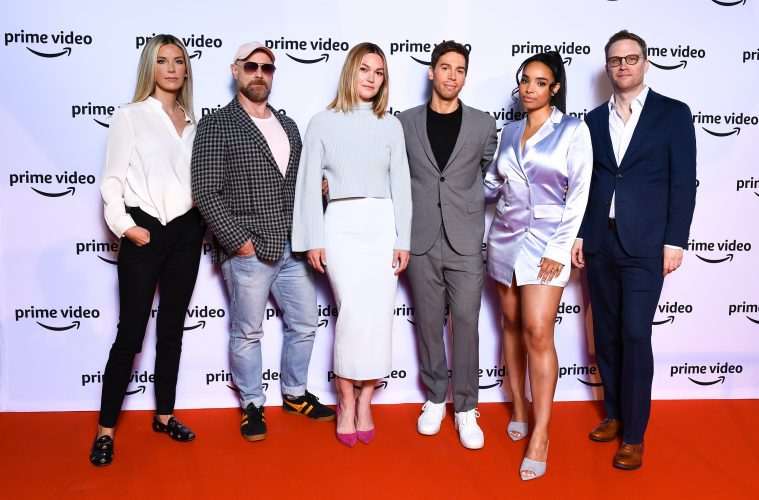 Great Canadian Made Shows are Coming to Prime Video!

Recently we had the opportunity to attend the Prime Video Presents Canada Showcase event. Held at the iconic, and newly refurbished, Toronto’s Massey Hall, we had a taste of what’s to come! Here, we learned of their commitment to delivering high quality, entertaining and compelling Canadian stories.

After an amazing afternoon full of first looks and sneak peeks, we can’t wait to dive into the latest Canadian productions. Cast and crew of several shows were also present to give us their perspectives and insights. Not only are they shining a spotlight on Canadian stories but all the shows featured at the preview event were (or are in the midst of) actually being produced and filmed right here in Canada!

“Prime Video’s slate of content is developed, greenlit, and filmed in Canada with Canadian talent in front of and behind the camera,” said Magda Grace, head of Prime Video Canada.”The company has been heads down on a mission to grow our local team and begin investing in the development and production of local content.”

Amazon Studios has filmed over 25 Amazon Original Series and Films in Canada including The Man in High Castle and Upload (Vancouver), Reacher, The Boys, and The Expanse (Toronto), Tales from the Loop (Winnipeg), as well as Voyeurs and Parts of Tom Clancy’s Jack Ryan (Montreal).

Prime Video execs want to ensure that content is diverse, inclusive and representative of who the audience really is and investing in homegrown talent has already been proven positive strategy.

Here is what we are looking forward to…

THE KIDS IN THE HALL:

One of the funniest Canadian sketch comedy troupes EVER is back! Seriously excited for this revival that will continue to push boundaries. Dave Foley, Bruce McCulloch, Kevin McDonald, Mark McKinney, and Scott Thompson return with fresh new laughs and reviving a few of our all time favourite characters. The series will be available exclusively on Prime Video beginning on May 13 in 240 countries and territories worldwide.

Following its recent premiere at SXSW and screening at the Hot Docs Festival in May, the Canadian Amazon Original The Kids in the Hall: Comedy Punks will launch on May 20 in 240 countries and territories worldwide.

If you’ve spent time in cottage country you will probably relate to many of the characters portrayed in The Lake. This comedy series stars Jordan Gavaris (Orphan Black), Julia Stiles (Hustlers, The Bourne Identity), and Madison Shamoun (#blackAF, Black-ish). Filmed in Northern Ontario,  the show taps into family bonding, the beauty of nature and the peacefulness of cottage country. It then turns it all on its head with petty arguments, strained relationships and mosquito ravaged sunburns.

“I realize that the lake is very insular. When they have games night and they do charades — it’s ride or die charades. They know everything about each other and it’s like their lake is the only lake on the planet,” said Julie Stiles. 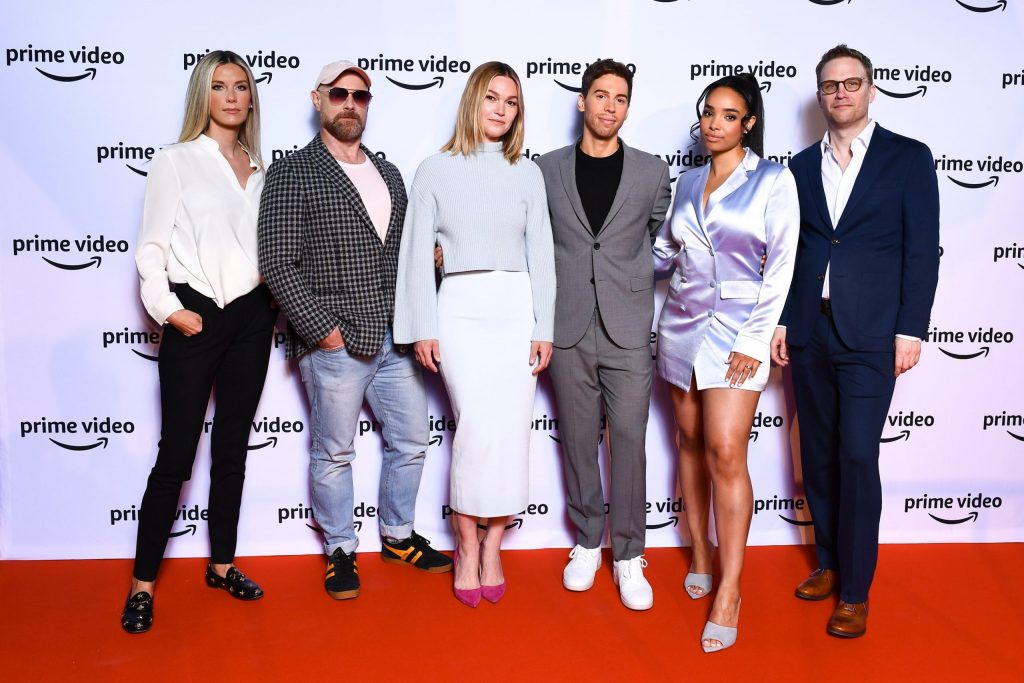 Filmed in Montreal and rural Quebec comes this series. It’s based on Canadian author Louise Penny’s New York Times– and Globe and Mail-best-selling Chief Inspector Armand Gamache mystery novels. Starring actor Alfred Molina, starring as Chief Inspector Armand Gamache, The Canadian Amazon Original series will launch exclusively on Prime Video in Canada. Watch for it in the U.S., the UK, and other Prime Video territories as well, in early 2023.

The feature film inspired by the true story about two young and pretty Montreal influencers who are coaxed by a charming man into joining a luxury vacation aboard a cruise ship bound for Australia. Why not? Imagine all the photo opps for their OOTDs and the FOMO that would be cast on the their social media platforms?  As they sail through the Caribbean and South Pacific, the dream trip quickly becomes a nightmare when the women find themselves ensnared in a deadly drug smuggling operation. With their lives at stake—and nowhere to run—the walls begin to close in on them. The film will launch in Canada, Australia, and New Zealand on Prime Video later this year. 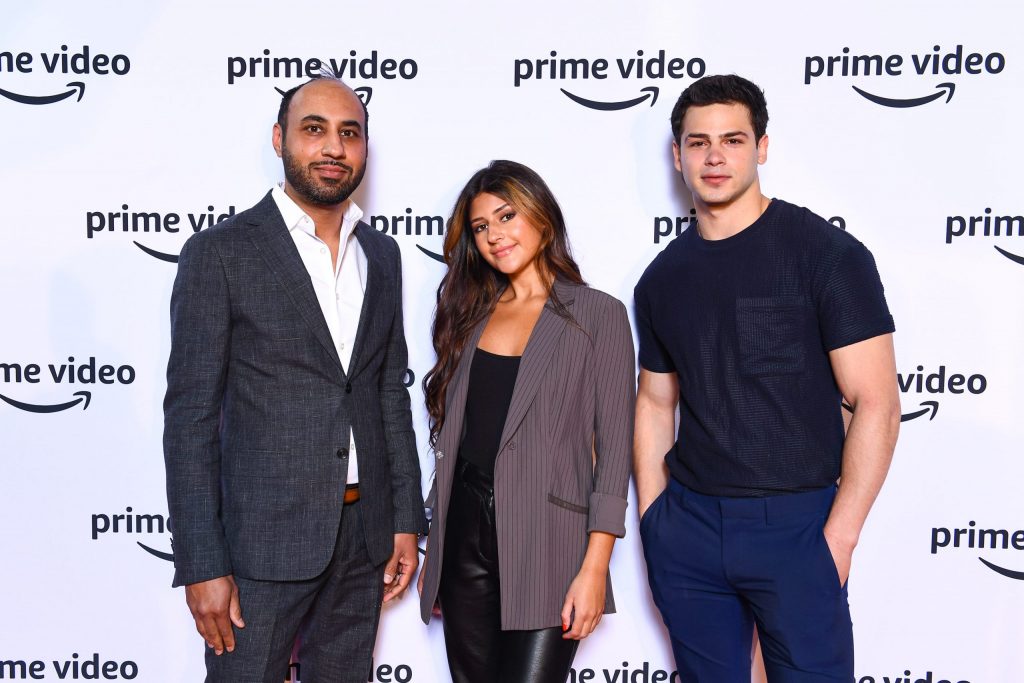 this 4-part docuseries dives deep an elaborate and controversial sting operation. Designed to investigate a suspect in the murder of 22-year-old Beverly Lynn Smith of Oshawa, it ended up raising more questions. Its a deep dive into a search for justice that spans decades. The Canadian Amazon Original true crime docuseries will have its world premiere at the Hot Docs Festival. After that,  launching exclusively on Prime Video on May 6 in 240 countries and territories worldwide.

“We wanted to shift the conversation on true crime. We decided to move away from glorifying the crime itself and move towards a premium cinematic treatment of the gripping human stories that the crime unleashed,” said Nathalie Bibeau, director. “This is a 50 year search for justice and we had to approach the story with a lot of sensitivity. We wanted to stay away from a forensic cold plot development and bring a human face to true crime that hadn’t really been seen before.

While revealing all the twists and turns with heart and empathy for all the people you meet in the series including Beverly Smith. We explore unrelenting grief, anger, friendship, betrayal, the use of police powers, fear, vulnerability. We look at the impact of crime and what happens to an individual’s rights when it comes in conflict with public duty to bring justice to victims and their families.”

GARY AND HIS DEMONS:

This animated series follows a cantankerous, aging demon-slayer who has nothing left to lose. He’s burdened by his “chosen one” status and backed by a team of specialists he can’t relate to. Gary struggles to remain interested in saving the Earth—a duty he never asked for and doesn’t want. Created by Mark Little, the series originally launched on CBC Gem.

It will launch in Fall with the exclusive release of Season Two and the relaunch of Season One on Prime Video in Canada, Australia, and New Zealand.  The series was nominated for Best Web Program or Series by the Canadian Screen Awards in 2019. Mark Little serves as head writer, co-director and the voice of Gary. Little has won a combined number of 18 Canadian comedy awards and Canada’s top 2 stand up competitions. 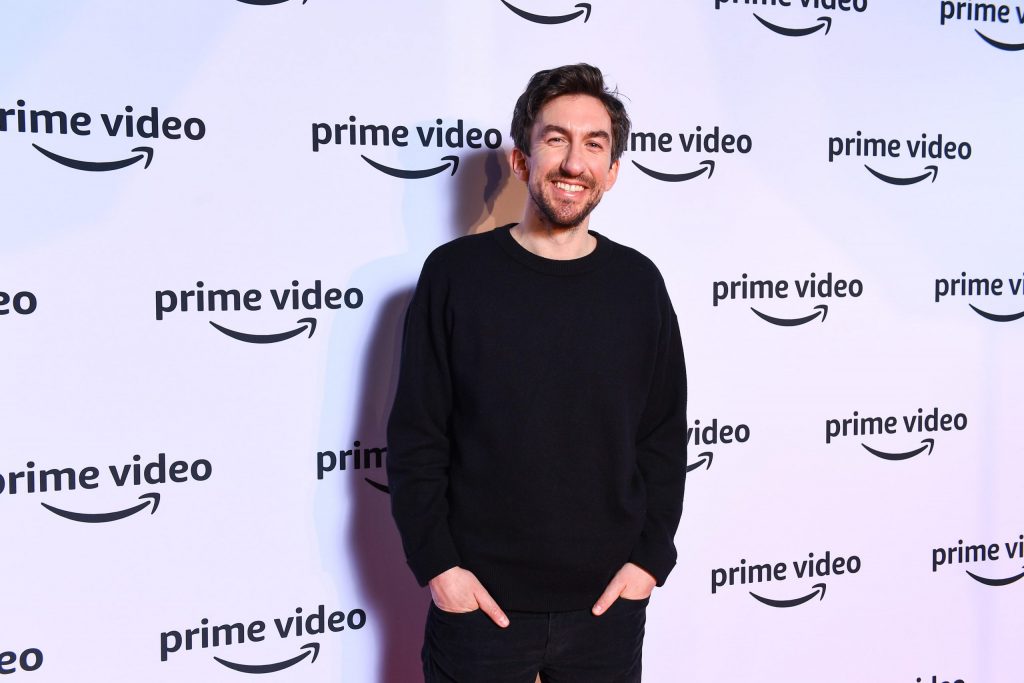 Featuring host Patrick Huard, this is the Quebec version of the global hit comedy format. Shot in Montreal this spring, it features a cast of popular French-speaking comedic actors and stand-ups competing to make each other laugh first. The series is produced by Attraction. The Canadian Amazon Original LOL: Qui Rira Le Dernier? will be available exclusively on Prime Video later this year in 240 countries and territories worldwide.

What’s more Canadian than maple syrup? This new comedy series starring Jamie Lee Curtis revolves around a maple syrup farmer.  She’s had it with being hemmed in by the polite, bureaucratic conventions native to her country’s identity—especially now that Canada’s bureaucracy is threatening to take away everything she loves. Her farm, her comatose husband, and her right to freedom are on the line.

Helping her are Remy Bouchard, a pint-sized local blockhead and Mike Byrne, an aging low-level mobster. Ruth changes her fate—and transforms the future of her community with the theft of millions of dollars’ worth of maple syrup. The storyline is loosely inspired by the true story maple syrup heist back in 2011. No date has been confirmed yet. 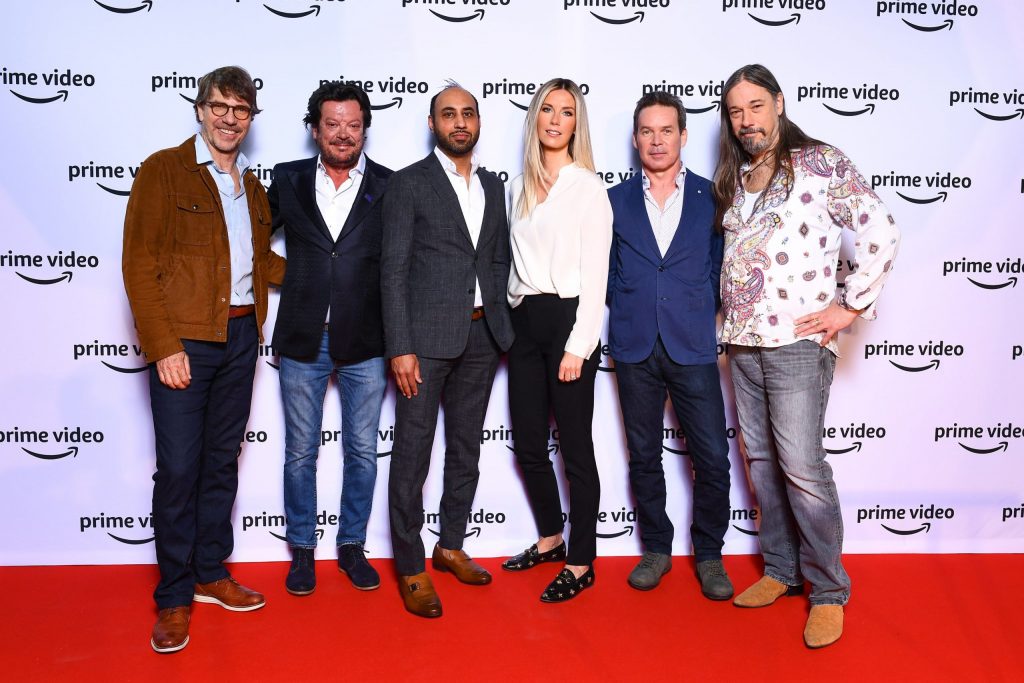 From director Mike Downie, comes a multipart docuseries. It will feature exclusive, never-before-seen footage, photos, performances, and stories from the band’s long and storied career. Woven throughout the interviews will be lead singer (and Mike’s brother) Gord Downie’s personal writing. Peeks into his notebooks and journals, lyrics, and correspondence with family, friends, and fans.

The documentary will cover everything from the band’s early days. Playing weekends at Kingston’s infamous strip bar and hitting the small towns of Ontario in a broken-down van. We see them winning over Toronto one club at a time, to their first fateful trip out west. The film will culminate with the band’s sold-out coast-to-coast tours. Fans in every city roared at the first chords of their favourite songs and sang along with the band in thunderous unison.

The band is ready to share 40 years’ worth of stories. The highs and lows, the private and public, the friendships and frustrations, the milestones and missed birthdays. All of the essential elements of a long, complicated, and wildly successful musical marriage are shared. Streaming date has not been set yet for this documentary.