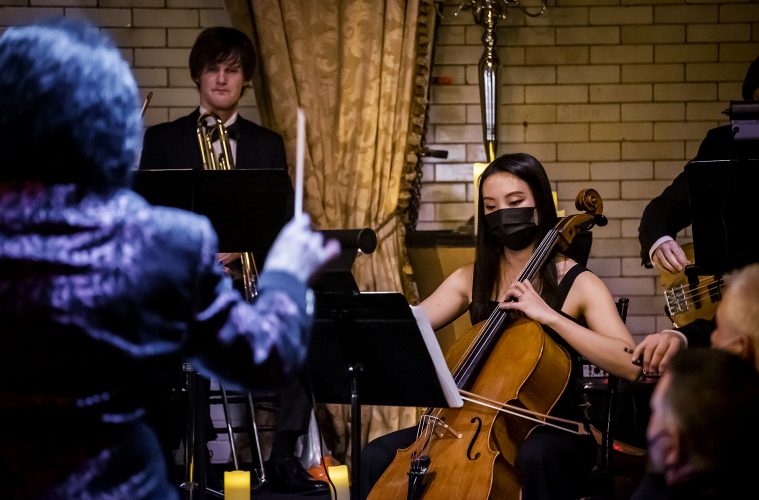 We’ve always been so fascinated with castles around the world. The history, curiousities, along with all the secrets in the walls keep our minds swirling. When we travel it’s not unusual for us to seek out historical landmarks. It’s the same here at home in Toronto. I will never get tired of visiting our city’s own, Casa Loma, and have found even more reasons to visit years. From weddings, escape rooms, spectacular Halloween haunts, and Mother’s Day Tea, this beautiful destination always seems to  have something going on. The latest offering at the grand estate is the return to live performances starting with the fresh new line up of Candlelight Concerts featuring the Casa Loma Symphony Orchestra. 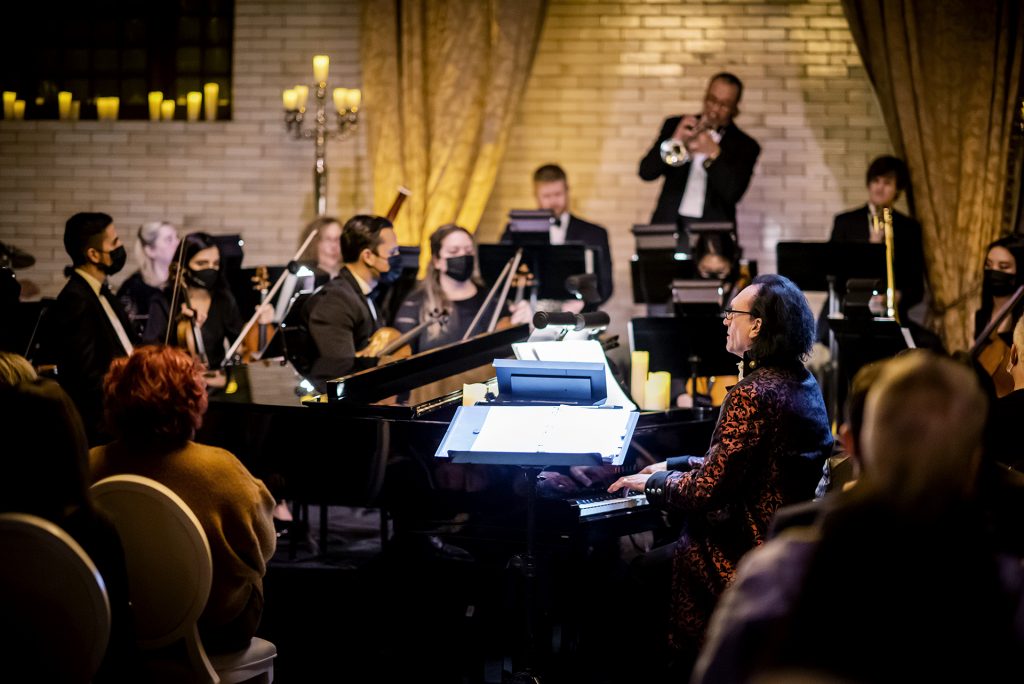 The new swoon-worthy indoor concerts are under the artistic direction and the baton of the highly respected Maestro Paulo Busato. His passion and joy shines through every moment during the performance as he leads this acclaimed group of musicians. Worth fanning over is Samuel Bisson, a Canadian composer and cellist who is credited to scoring music for six feature films and numerous short films including the award winning “Nuit Blanche” at LG’s Life’s Good FilmFest. His score for the Mandarin film “Lovesick” was performed during the Candlelight Concert series’ opening night. What a treat!

Each intimate live performance seats 150 people in the historical Carriage Room that is bathed in glowing candlelight. Songs are universally appealing with themes like A Night at the Movies and From Broadway to Opera. Many recognizable songs to get your toes tapping and heads swaying at A Night at the Movies — Titanic, James Bond, Scent of a Woman, Les Miserables and more! We may have been humming along quietly during this much needed break from our daily routines.

To get to the concert space, visitors enter through the grand entrance of Casa Loma and then meander through the historical tunnels to get to the reimagined concert space. Along the corridors, images and descriptions of eras gone by  spot the walls. With big band music playing throughout the walk comes a rush of nostalgia. Oh, what it must have been like back in those days! Visions of women of society, debonair men in tuxedos, and musicians smiling throughout the hallways is so very special. 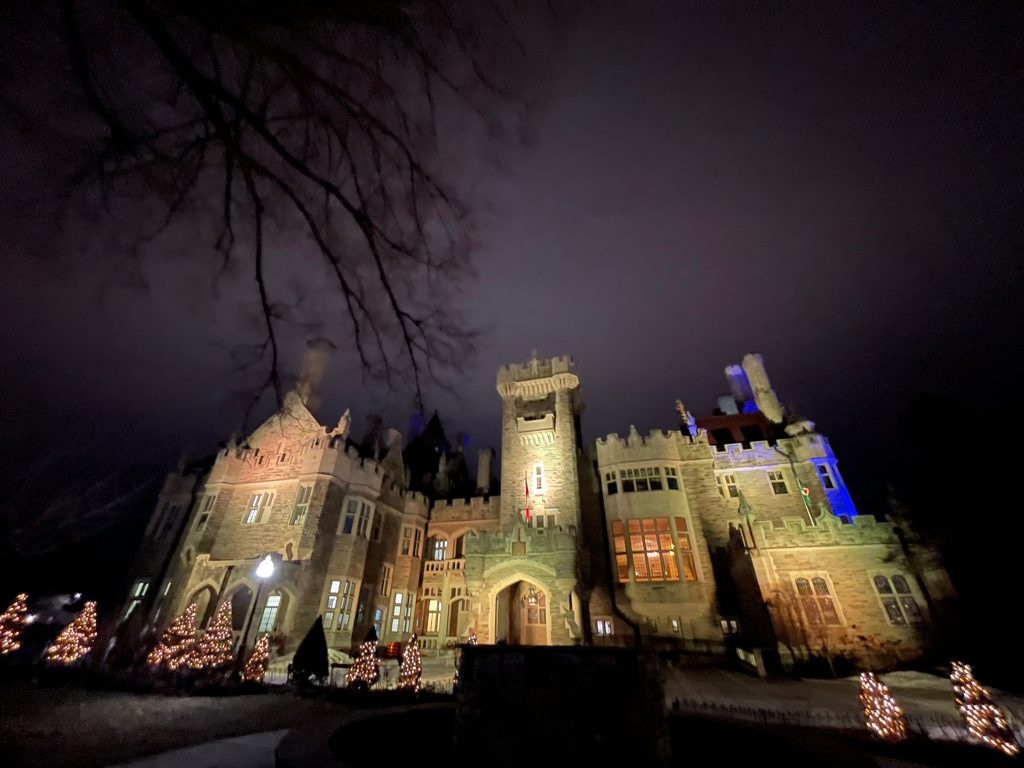 As you walk through the tunnels keep an eye out for hidden doorways and tucked away crevices. Some have descriptions of what they were used for. If you’re curious about the history of Casa Loma  and how the Liberty Entertainment Group continues to bring our city more joyful experiences like these, link here — even though I was born and raised in Toronto I’m always discovering something new about this not so hidden gem even though I’ve been many times! 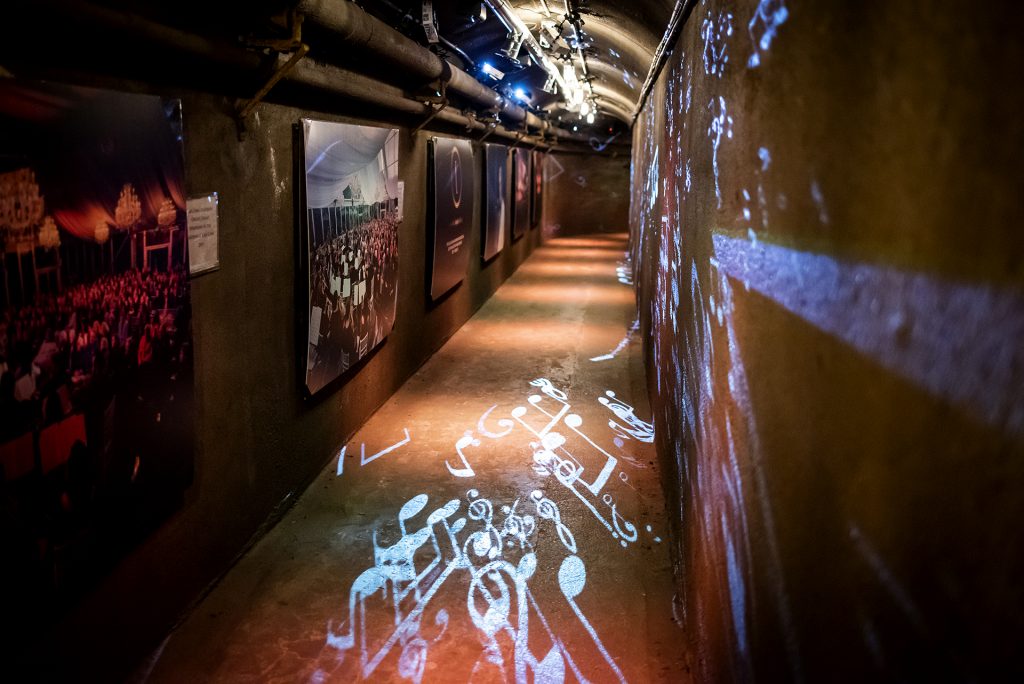 The Casa Loma Candlelight Concerts take place Thursdays to Sundays evenings and are now extended to April 17, 2022. Highly recommend you make a full night of it and add on VIP Dining Experience at either Blue Blood’s Steakhouse or Don Alfonso 1890.  Tickets can be found here.