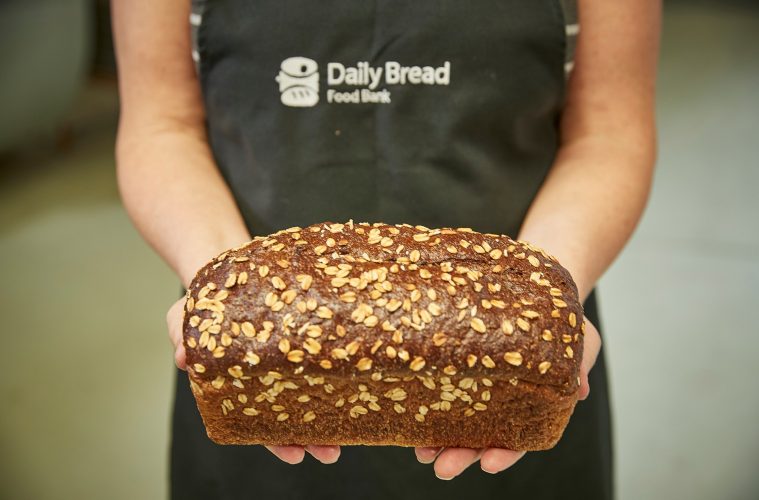 While it may seem like we’re all at odds with one another, there is an underlying current of positivity afoot. Tough times have a knack for bringing out the best in people, from handwritten birthday notes to centenarians to sopranos singing on balconies, there’s an attempt to brighten peoples’ days, weeks and months, it’s a heartfelt example of compassion and caring. The desire to put others before yourself, and that display of empathy and emotion has a significant trickle down effect. The kindness is reciprocated and replicated, in some form or another.

Food, and the ability to feed ourselves and our families has always been a precursor to poverty. Food comes first, or at least it should. But pandemics have a way of tipping an already precarious situation into complete devastation. Food banks and nutrition programs are hit hard and first, those that are vulnerable are most susceptible to food insecurity. More people are accessing food banks than ever, and less people can afford to donate, their limits stretched by their own lack of funds.

Sure, we all want to help. But let’s face it, we’re all at our limits. Even if you’re stretched super thin, there’s ways to pay it forward. But if you have deep pockets or are a connected member of the food industry, maybe you go a little further.

Here’s our love letter to those doing good and giving back.

We’d much prefer to see more banners getting lifted to the rafters, but in the meantime, it’s a lovely gesture to turn all those burners back on and run a kitchen that can accommodate a different crowd. MLSE Executive Chef Chris Zielinski and his Scotiabank Arena crew have made a full court press on feeding now a staggering 20,000 meals to front line workers. You can track their progress with the #BringTorontoBack on social media. Three cheers for the home team, amiright?

It’s beyond troubling to know how many millions of pounds of decent edible food goes to the landfill when there are SO many people in need. Now, in this precarious time we live in called 2020, this effect has become even more of a threat to our vulnerable citizens. Food heroes are among us, from Seeds of Hope diverting food waste and feeding homeless and food insecure, to Chef Keith Hoare and compatriots Chefs John Placko and his wife Judie, Joanne Hebert, and Charlotte Langley, with Joanna Sable demonstrating how to rally a roster of food industry icons. The pivot was quick, and the cry was answered. Restaurants that had food close to the best before date donated, food that was set for the dumpster redeemed, turned into nourishing and hopeful meals for those that need it most. These heroes aren’t getting paid either, they rely on you to fund this initiative. If you know of any food ready for rescuing please reach out to Keith @TCIChefs or Joanna @JoannaSable to donate food. If you can, make a monetary donation to help these crusaders keep cooking.

With the sudden closure of Canadian restaurants coast to coast, it was clear that this industry was headed for disaster. While takeout is now finally an option, not all restaurants are participating, bars, cafes and other spaces rely on eating-in to turn a profit. We all love ALO, but let’s face it- a 12 course tasting menu loses its charms in disposable boxes. But let’s not compare Patrick Kriss with our friends at Mary Be Kitchen (who have been generously collecting a fund and donating meals to front line workers). The ability to open is personal. Many restaurateurs aren’t taking the health risks associated with opening to the public either.

No matter which way you slice it, the restaurant industry won’t be the same, ever again. Until the clouds of uncertainty subside, it’s time to support our chef friends, servers, line cooks and hosts with more than just lip service. If you’re able to, electing to order in, even just one night a week can make a huge difference in the viability of a business. Stacey Patterson, from Ufficio in Toronto can attest to the dramatic effect of the Canada Takeout campaign, “It’s an amazing concept. Wednesday we do what we do in a week in three hours. I love it. It’s an awareness for people. It’s a thing now.”

If it’s out of your budget, consider leaving a positive review for your fave watering hole, Yelp and Google don’t cost a thing, (wifi, and a phone help though). Even word of mouth counts.

Long celebrated bakery Le Dolci is known for their incredible classes and cakes, and now kindness too. Ordering a $30 surprise cake will put a smile on a local hero, with your cake going to a health care worker at the nearby Paramedic Depot across from Humber River Hospital.

It’s not only chefs that are suffering with restaurants closed. Bars and clubs, your weekend haunts or your local cinq a sept will surely resemble a different setting when the lockdown lifts. To help take the sting out of months of lost tips and revenue, Campari Canada announced a $50,000 donation to the Bartenders Benevolent Fund. This non-profit charity is raising much-needed funds for bartenders, servers and other hospitality staff who have fallen under serious financial hardship.

KIND Snacks has gotten into the giving game with the declaration of their commitment to donating a minimum of 5 million KIND bars to front line and health care workers. 1 million of these grab and go bars have already been distributed. If you know of an organization that could use a pick me up, drop KIND Snacks an email at customerservice@kindsnacks.com

This burger chain may have their roots in Boston, but their heart is here in Toronto, with Wahlburgers stepping up and offering regular donations to nearby hospitals to nourish front line health care workers. Their popular beefy burgers and comfort food sides have been keeping the heroes full, allowing them to provide the best possible care to those who so desperately need it.

Got a hero that could use a shout out? Let us know in the comments below!