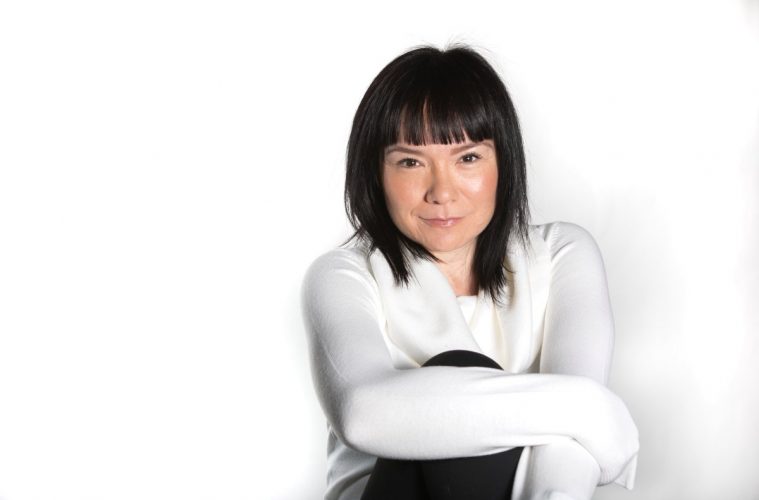 Focus on Women in Film: Jennifer Podemski shares her journey

Jennifer Podemski was recently recognized in the RBC Women in Film Series at the Toronto International Film Festival (TIFF). The artists featured in the series addressed gender inequality in the film industry. As a TIFF official sponsor, RBC launched a video series in 2019, titled Women in Film, that featured empowering and inspiring Canadian female leaders. The series explored how women in the industry are changing the narrative, celebrating their accomplishments and recognizing the progress that needs to be made while exploring what the future holds. TIFF also has a very strong year-round “Share Her Journey” program that continues to share the stories of women in the entertainment industry.

Jennifer Podemski is an award-winning director, writer, producer and actor of mixed Anishinaabe (First Nation) and Ashkenazi (Jewish) decent. Born and raised in Toronto she now resides just north of the city in Barrie, Ontario. Her name should sound familiar to many as her acting credits include Cardinal, Hard Rock Medical, Degrassi: The Next Generation, Fire Song, Sensitive Skin, Blackstone, The Diviners, and Dance Me Outside. She’s also been on the other side of the camera producing titles including Moccasin Flats, The Other Side, Empire of Dirt as well as The Indspire Awards. She also owns and founded Redcloud Studios Inc. which produced Future History as well as APTN’s famed paranormal series The Other Side. Podemski has been nominated for numerous Canadian Screen Awards and in 2020 won Best Direction, Factual for Future History. She’s not only an inspiration but an incredibly thoughtful woman making a difference in the industry and we wanted to learn more about her journey.

Podemski tells us she was always a performer but when did she realize that she could actually make a career out of a passion?  “You can ask anyone who knew me as a child, but it wasn’t until I saw Michelle St. John in the CBC movie about residential school that I realized that I could actually have a career too. I had wanted to act so badly, but I never ever saw myself reflected on TV. Everyone was white, or in some very rare cases, Black. Michelle St John, by simply appearing in that movie, made me realize that I could do it too.”

For Indigenous women in film and television, the industry is evolving but there’s still a long road ahead. “Change has been incremental,” said Podemski.  “I want to see Indigenous women harness autonomy and narrative sovereignty and not only be the authors of their own stories but the OWNERS of those stories. It is happening, but not at the level I imagine we want to be at.”

As a woman in the field, there are challenges as many of us have come to realize particularly in recent years. However, couple that as an Indigenous actor and producer, there is a whole other set of important issues that need attention. “There are a lot of bullies out there,” said Podemski. ” There are people who will use you to access Indigenous funding.”

She also tells us it is currently an unsafe industry for Indigenous women. “We need allies who understand that allyship is about stepping off their platform and letting us step up. It is not about leading or dictating, it is about trust and respect. I am also very lucky to have experienced healthy relationships with non-Indigenous partners and allies that remind me that there is no excuse to bully, gaslight, undermine, and push aside.”

How has the RBC Women in Film Series helped share her story? “I am just so grateful for the platform,” said Podemski. “I believe so strongly in platforms and the power they have to touch people’s hearts and minds. I am so grateful that they invited me into a space where I can freely share what I had to say and offer me a platform to represent Indigenous women.”

Podemski also recently launched The Shine Network, a platform designed to empower Indigenous women in film and television. She tells us the goal of this organization is simple. “When I feel alone, when I feel like there is no one who understands me, I don’t have a place to go to remind me that everything I am going through is normal. I imagined a place where I can go to watch content that speaks directly to me, either as a viewer, or a student. That is what The Shine Network will be – a place that nurtures the creative spirit of Indigenous women either as a viewer or a student. It is a place where you can go to be comforted and to be inspired and it’s all anchored by the mission to build our capacity as Indigenous women in this industry.” 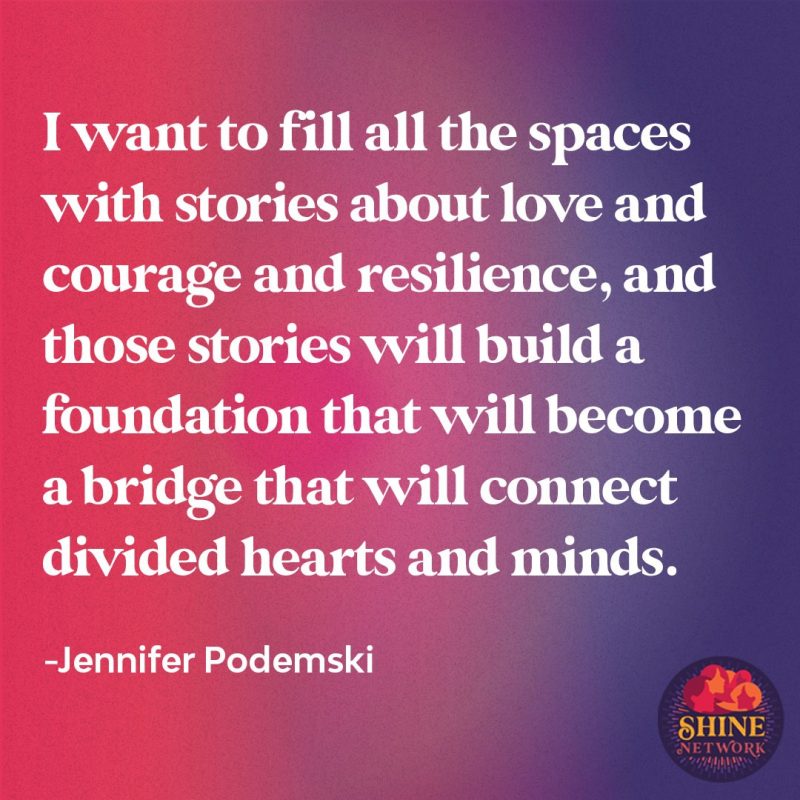 So, we wanted to know what her most memorable experience was at TIFF. “I’m always asked this! There are SO many, but if I have to reflect on the most memorable, it would be the premiere of my first (and only) feature film as a producer, Empire of Dirt. After nine years of trying to make that movie, all the blood, sweat, and tears, I honestly didn’t even know if people would show up. Our distributor (Mongrel Media) threw a little party and dinner prior to the screening and it was a significant walk from the theatre. As we walked, myself, our director Peter Stebbings, our lead actress Cara Gee, our writer Shannon Masters, my producer Geoff Ewart, and I were so anxious that our family members would be the only ones in line when we arrived at the theatre. When we arrived, we bumped into a line of people and I suddenly realized that they were all there for Empire of Dirt. I was so overwhelmed with gratitude. I can’t even explain how intense it all felt. 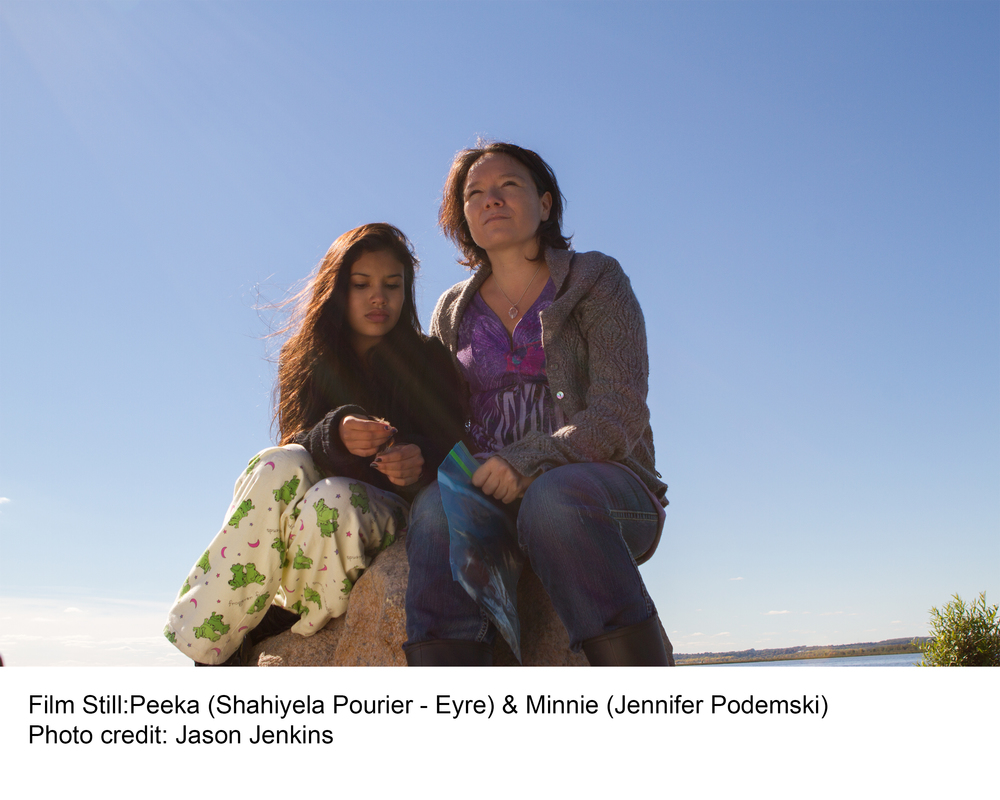 The advice she would give a young Indigenous girl who’s interested in pursuing a career in film and television? “We need you. Desperately. When you choose to do this, it will be an overwhelming amount of work and in your loneliest most desperate hours, you only have to remember that our grandmothers and ancestors never had the choice.”

We also wanted to know who we should keep an eye on in the industry. JJ Neepin, AJ Larozowich, Michaella Shannon, Mary Galloway, Devery Jacobs, and Candace Fox are all names that Podemski tells us are worth watching.

So, what’s next for her? Podemski is currently in the process of completing a drama series that was shut down during COVID. She’s joined the cast of season two of Departure. She’s also in  development of a mini-series about Canada’s Sixties Scoop with Hannah Moscovitch and Rezolution Pictures for CBC. And of course, The Shine Network. Also, she tells us that Jeremy Podeswa has joined the team. “It has been amazing working with him on the Sixties Scoop project. It is a highlight of my pandemic!”

You can now watch EMPIRE OF DIRT on iTunes. Here’s the trailer…