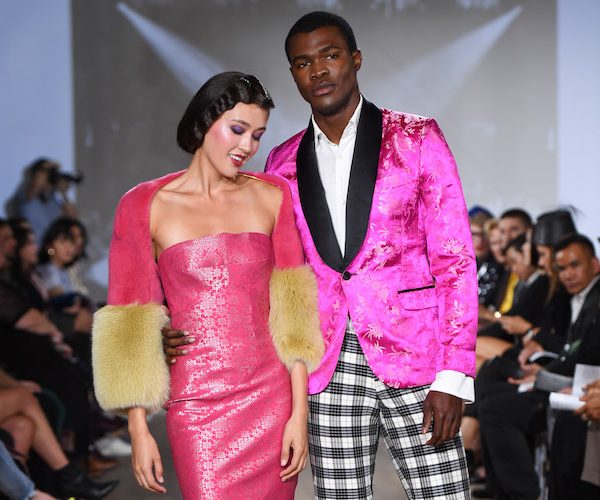 Canadian designer Farley Chatto has earned his place on the fashion runways and has cemented himself as a true artistic force not just in our country, but globally.

He was still a student at Ryerson School of Fashion design when he launched his namesake label and was named one of Toronto’s “Top 10 Young Canadian Designers to Watch.” In the 30+ years he’s been in the business, Chatto has work in the most fashionable cities globally including New York, Paris and Milan. He’s collaborated with designers like Giorgio Armani, Donna Karan, and Alexander McQueen. He’s also designed stunning pieces for notables such as Sir Elton John, Sir Richard Branson, Helen Mirren, Daniel Craig, George Clooney, Sarah Jessica Parker, and yes, Drake.

At the most recent Toronto Fashion Week, he defied the usual presentation of what to expect the next season by previewing a timeless, and seasonless, fur collection dubbed ‘Shanghai FoxTrot 40’. Chatto transported us to the glamourous years of Shanghai during the jazz era for both men and women.

It all started in the 1920s when Shanghai saw western jazz influences ease into the scene. The city was flourishing and was considered progressive and culturally vibrant. Shanghai also became an entertainment hub and in the golden era of the 30s and saw many Hollywood-styled films being created here. Women were fashioning more form fitted dresses that were a little more daring. Women elegantly wore their hair styles smoothed into place, flat buns, tight rolls and curls. It was an era of sophistication with a bit of fun tossed in that continued into the 40s – when fashion and style was considered the most flattering designs of the 20th century.

Okay, and we also couldn’t help but to think about Kevin Kwan’s wildly popular Crazy Rich Asians series and all the modern elegance.

Here are the show….