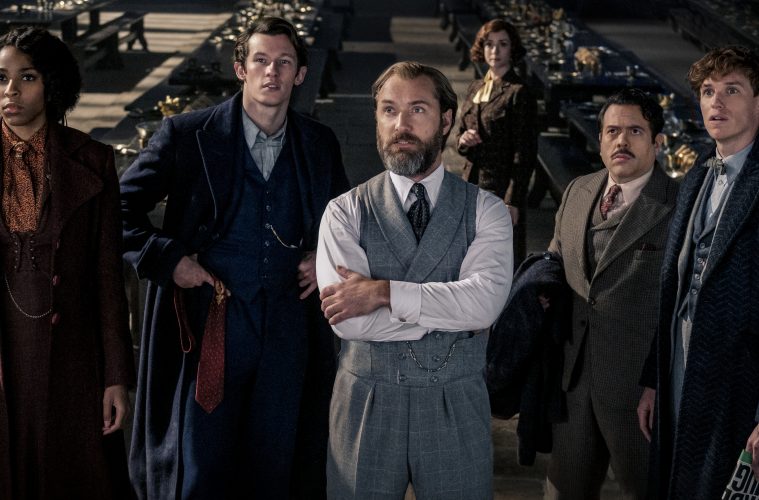 In celebration of the theatrical release of FANTASTIC BEASTS: THE SECRETS OF DUMBLEDORE (officially opens on April 15) comes an immersive, world-exclusive event for two days only! Toronto fandom bakery and dessert cafe, The Grand Order of Divine Sweets, transforms into Kowalski Quality Baked Goods, the New York bakery owned by Muggle Jacob Kowalski in the FANTASTIC BEASTS films.

Fans are invited to attend this one-of-a-kind destination and will receive a complimentary movie-themed treat, while supplies last. The pop-up will also feature fantastical photo ops, a variety of fanciful confections for sale from The Grand Order of Divine Sweets, and offer patrons the chance to win exclusive FANTASTIC BEASTS giveaways. Fans are encouraged to dress up as their favourite Wizarding World characters for the full experience.

We are super excited about this news!

Here’s what you need to know about the event…

Warner Bros. Pictures’ “Fantastic Beasts: The Secrets of Dumbledore” is the newest adventure in the Wizarding World created by J.K. Rowling. Professor Albus Dumbledore (Jude Law) knows the powerful Dark wizard Gellert Grindelwald (Mads Mikkelsen) is moving to seize control of the wizarding world. Unable to stop him alone, he entrusts Magizoologist Newt Scamander (Eddie Redmayne) to lead an intrepid team of wizards, witches and one brave Muggle baker on a dangerous mission, where they encounter old and new beasts and clash with Grindelwald’s growing legion of followers. But with the stakes so high, how long can Dumbledore remain on the sidelines?