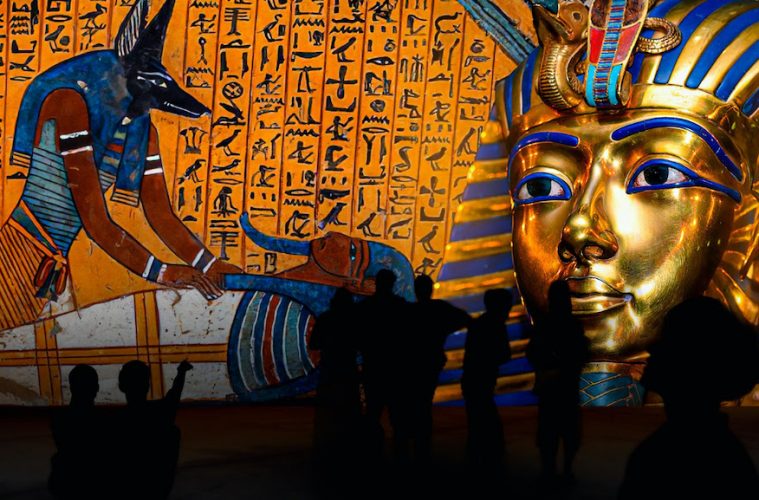 Immersive experiences here in Toronto seem to be around for a while we certainly have been to many!  But it was surprising for us to learn that Lighthouse Immersive, who have been the brilliant producers behind the city’s most popular experiences only started offering this modern approach to arts and culture at the beginning of July in 2020. Starting with the Van Gogh Immersive Experience they went on to feature Klimt, Frida Kahlo, Bob Marley, and more. The timing was perfect as we began emerging out of our pandemic cocoons. Now, the newest Immersive King Tut experience offered a unique way to gain insight into a world that may not necessarily have been featured in previous exhibitions for the most famous young Pharaoh.

What’s noticeably different is how this latest immersive experience incorporates a larger culturally significant story. We’ve all heard about King Tutankhamun who reigned ancient Egypt at the young age of nine until his unfortunate death ten years later. We’ve been intrigued with the discovery of his tomb by British archaeologist Howard Carter and his team which, by the way, acknowledges this year as the 100th year anniversary of the first uncovering of the first steps into the remarkable mausoleum in the Valley of Kings. 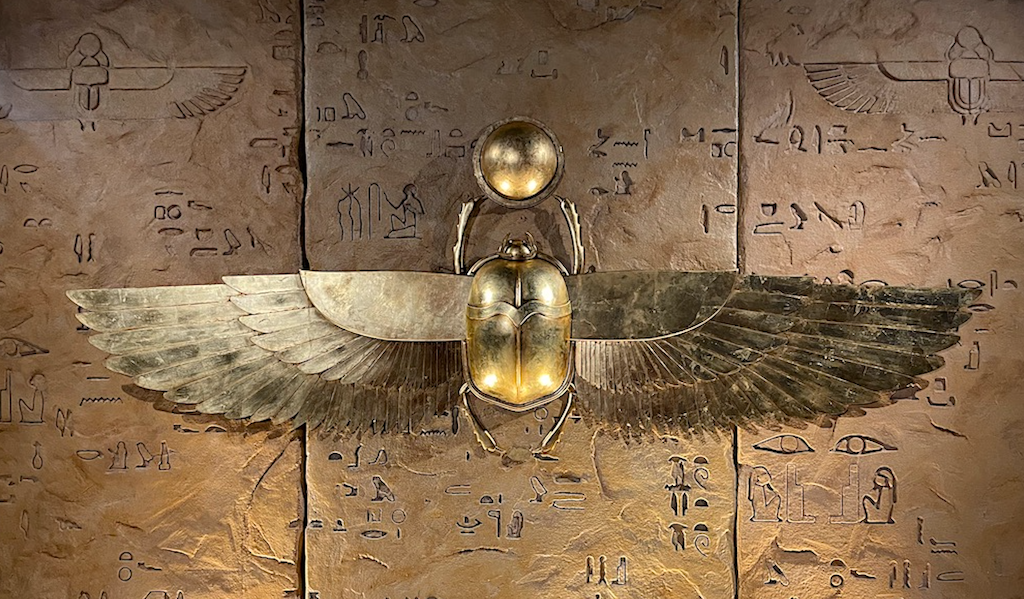 But this new way of seeing King Tut explores a specific realm between physical death and the afterworld. It is said that in Egyptian culture the 12 days after death determines the afterlife. Every decision and movement during this time determines the forever fate of the deceased.

Egypt has one of the richest histories in the world and in this exhibition we learn much more beyond the treasures uncovered by archaeologists. Death wasn’t about passing on but it’s a journey through the underworld full of chaos to the eternal light and life. 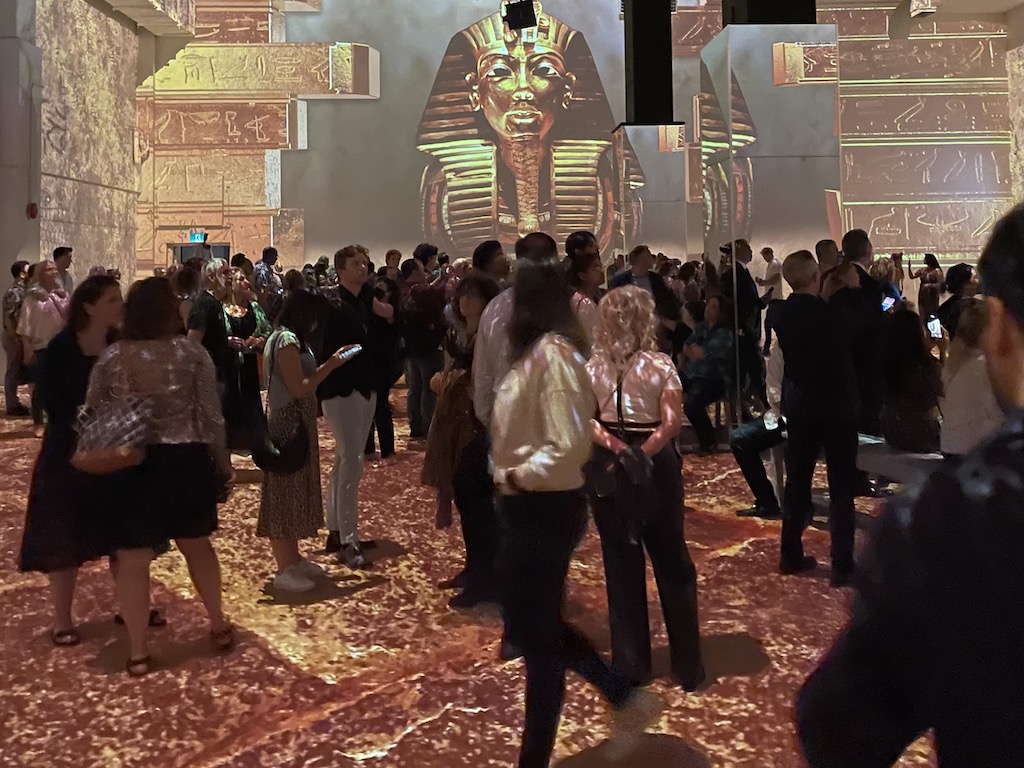 The King Tut Immersive exhibit was created by Lighthouse Immersive with a new design team, Mexico City-based Cocolab in collaboration with the Egyptian Council for Tourism and leading Egyptologists from United Exhibits Group, and the experience tells a foundational story of the Amduat – an important ancient Egyptian funerary text considered the oldest known illustrated story – which tells the tale of the Boy King’s passage into the afterlife as escorts the sun through the underworld each night. 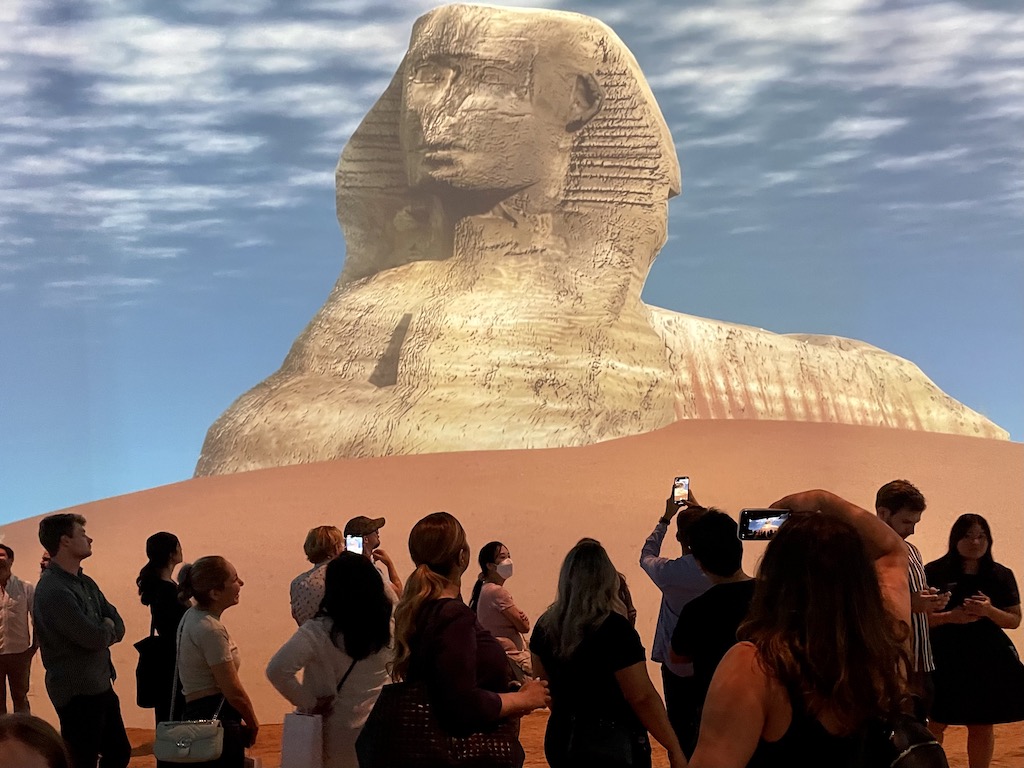 Unlike previous immersive exhibits, all the visuals are original creations inspired by major archeological discoveries from ancient Egypt – it combines storytelling, animated film, ancient history, and leading immersive technology to transport audiences on King Tut’s mythical journey through the Egyptian afterlife and how he tries to bring light and prosperity to his people. 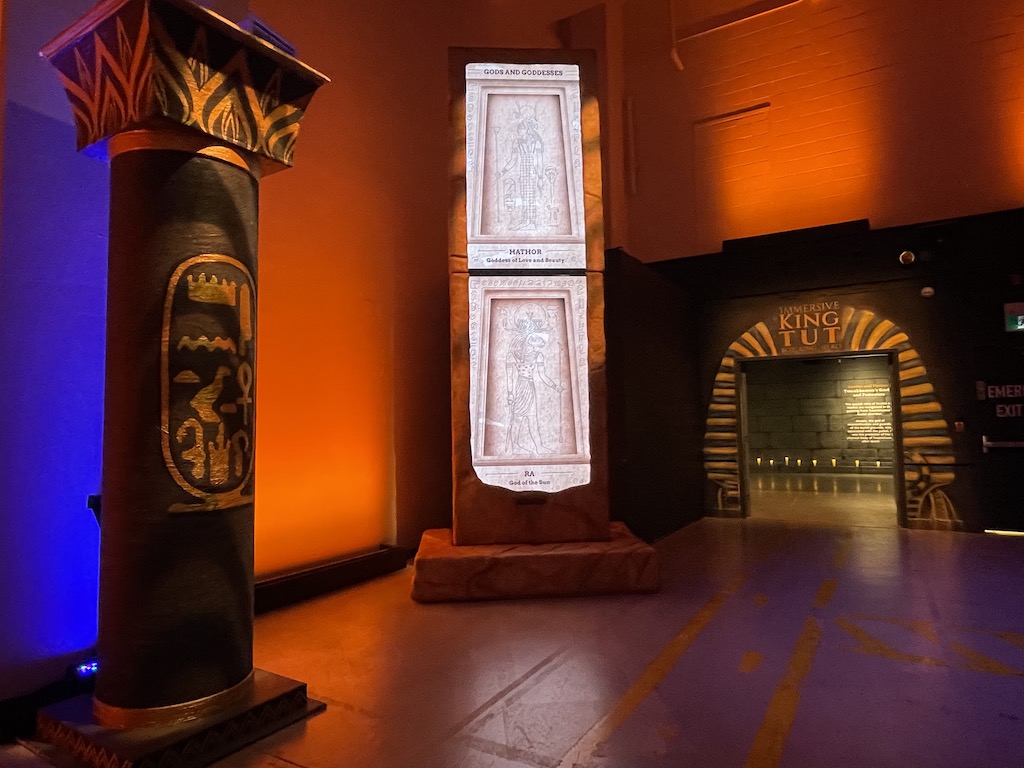 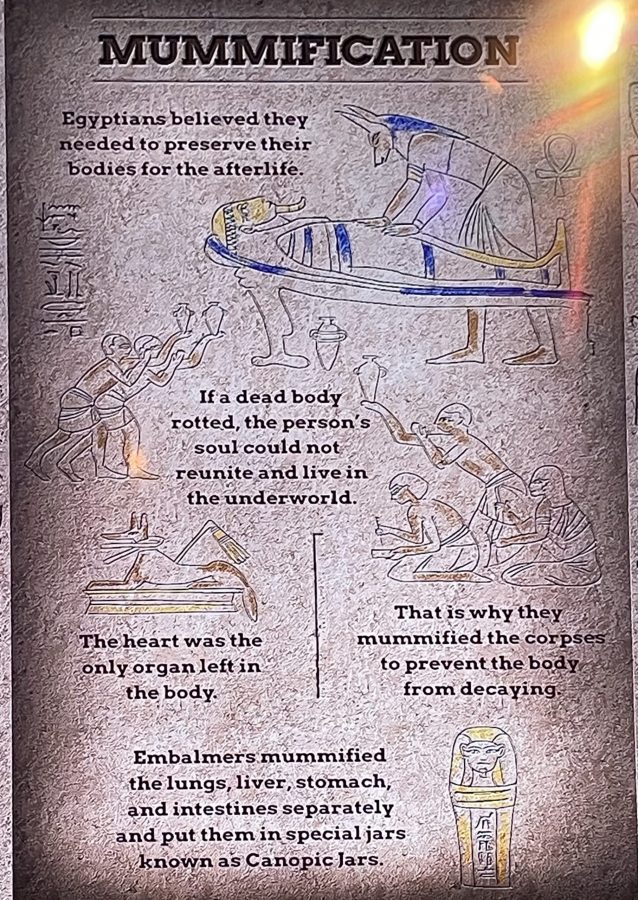 What to keep an eye out for?
Look all around when you enter the main exhibition space — for sure look down at your feet. Not only will you walk into a space that is to give you a sense of what it’s like to walk inside a Pharaoh’s tomb but the ground is covered in sand-like particles. We’ve learned that it’s actually made of broken down cork as they considered potential allergies of visitors. Smart! Also look down as you’ll be greeted by various crawling bugs (virtually, of course).
Take a look around to learn more about the history and culture. Learn about significant hieroglyphics, deities within the culture beginning just outside of the entrance to the exhibit.
Download the fun filters for Instagram! Scan the code within the first chamber of the exhibition. 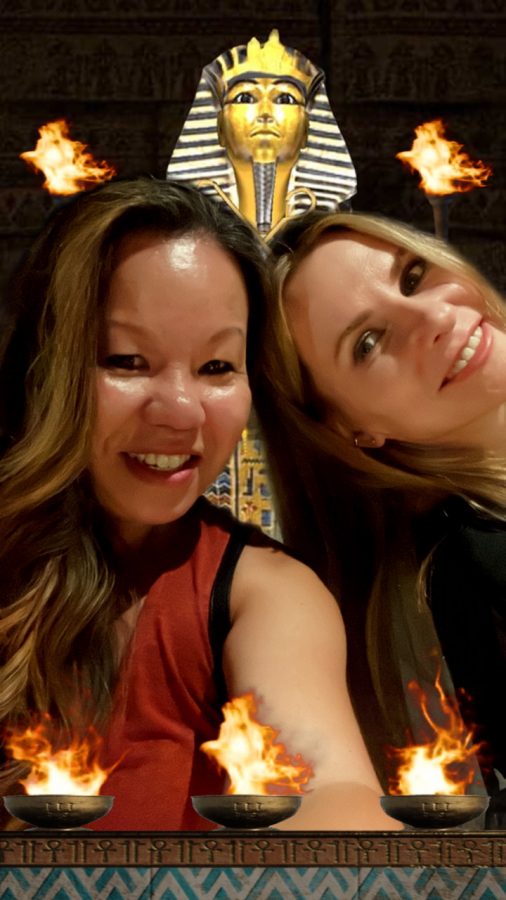 Immersive King Tut Toronto is now open to the public at Lighthouse Artspace, 1 Yonge Street.
If you’re looking to extend your Egyptian experience, we spotted an Egyptian food truck at the foot of Yonge and Queen’s Quay. Or venture up to Danforth and Broadview to dine (or take out) from Papyrus Restaurant that serves authentic and absolutely delicious Egyptian fare.
Tweet
Share
Share
Pin
0 Shares