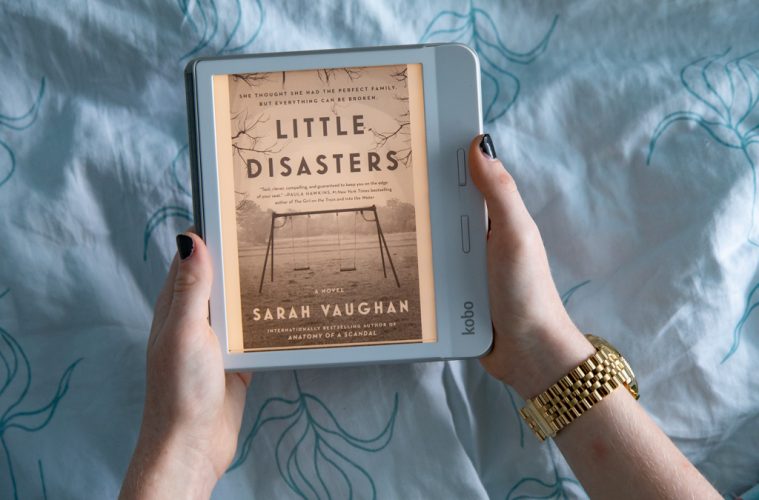 Editors’ Picks: 5 books to dive into this September

Ah!! September! The month we would normally get back into the routine of kids heading back to school and we get back into the work grind after a lighter summer. But, of course, this year is far from what we knew before. We will adapt and go with the flow — trust in the universe. Who knows what the next few months will bring.  One thing is for certain, we can count on the cooler temperatures as we happily break out our favourite sweaters once again. Nothing like cozying up  and escaping the daily news momentarily with good read too! Here are five great reads we think are worthy to download, borrow, or buy this month and synopsis’ provided by the publishers…

THE VANISHING HALF by Britt Bennett: From The New York Times-bestselling author of The Mothers, a stunning new novel about twin sisters, inseparable as children, who ultimately choose to live in two very different worlds, one black and one white.

The Vignes twin sisters will always be identical. But after growing up together in a small, southern black community and running away at age sixteen, it’s not just the shape of their daily lives that is different as adults, it’s everything: their families, their communities, their racial identities. Many years later, one sister lives with her black daughter in the same southern town she once tried to escape. The other secretly passes for white, and her white husband knows nothing of her past. Still, even separated by so many miles and just as many lies, the fates of the twins remain intertwined. What will happen to the next generation, when their own daughters’ storylines intersect?

Weaving together multiple strands and generations of this family, from the Deep South to California, from the 1950s to the 1990s, Brit Bennett produces a story that is at once a riveting, emotional family story and a brilliant exploration of the American history of passing. Looking well beyond issues of race, The Vanishing Half considers the lasting influence of the past as it shapes a person’s decisions, desires, and expectations, and explores some of the multiple reasons and realms in which people sometimes feel pulled to live as something other than their origins. 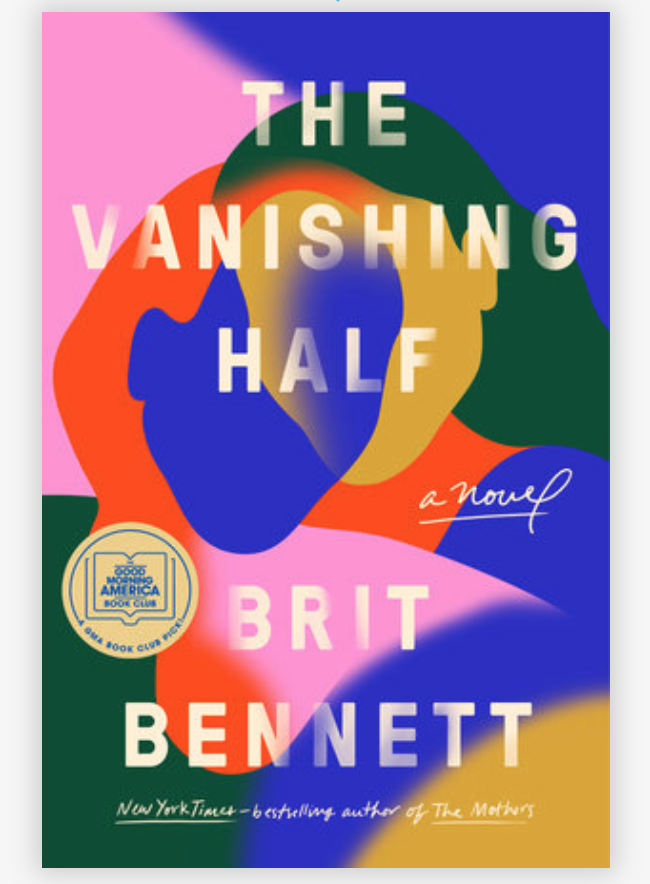 HERE AND NOW  by Santa Monefiore: From internationally bestselling author Santa Montefiore—a touching and bittersweet intergenerational story about family and the power of memory.

Meet Marigold and Dennis, two happily married empty-nesters in their late sixties. They should be enjoying their golden years in the idyllic English village where they live. But when their two grown daughters, Daisy and Suze, move back into the family home, both mother and father must learn how to deal with the upheaval.

Meanwhile, as Daisy and Suze soak in the familiar comforts of home, they soon discover that their mother isn’t quite the same woman she was a few years ago. Sure, she is still kind-hearted and always willing to help, but something about their mom is different, and it’s becoming harder and harder for the family to ignore. For the first time in their lives, Dennis and his daughters find themselves caring for Marigold rather than the other way around.

Here and Now is a gorgeously evocative novel brimming with characters who are so recognizable they’ll walk right off the page and into your heart. This is a novel about what it means to grow up and to grow wise, and how the new generation learns to carry family memories and hope into the future. 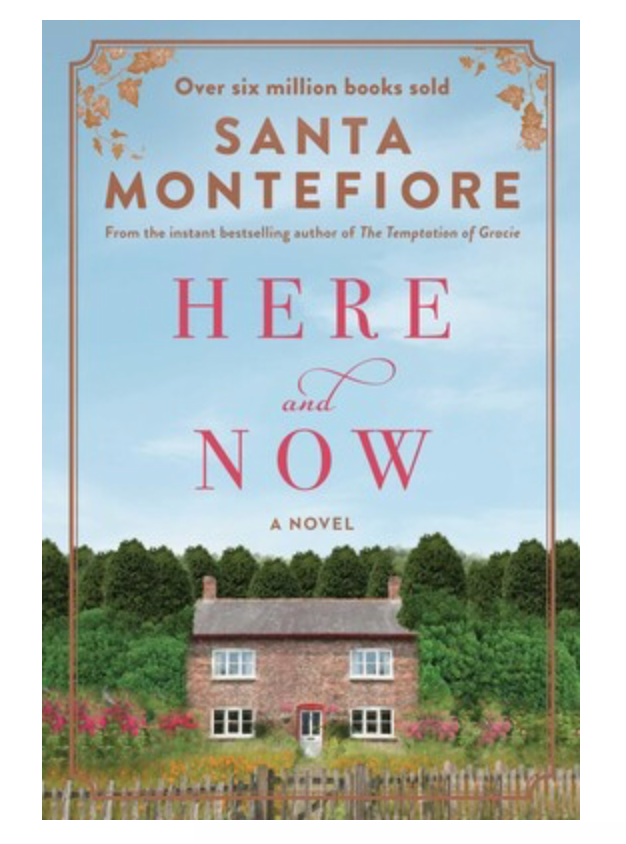 LITTLE DISASTERS by Sarah Vaughan: From the bestselling author of Anatomy of a Scandal—a new thought-provoking novel exploring the complexity of motherhood and all that connects and disconnects us.

You think you know her…but look a little closer.

She is a stay-at-home mother-of-three with boundless reserves of patience, energy, and love. After being friends for a decade, this is how Liz sees Jess.

Then one moment changes everything.

Dark thoughts and carefully guarded secrets surface—and Liz is left questioning everything she thought she knew about her friend, and about herself. The truth can’t come soon enough.

With Sarah Vaughan’s signature “clever and compelling” (Claire Douglas, author of Last Seen Alive) prose, Little Disasters is a tightly-wound and evocative page-turner that will haunt you long after you finish the last page. 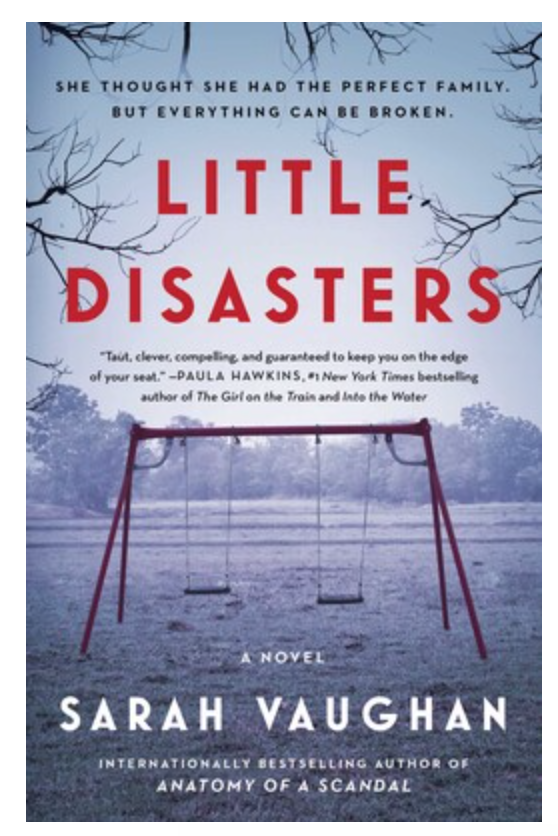 CASTE: The Origins of Our Discontents by Isabel Wilkerson: Isabel Wilkerson gives us a masterful portrait of an unseen phenomenon in America as she explores, through an immersive, deeply researched narrative and stories about real people, how America today and throughout its history has been shaped by a hidden caste system, a rigid hierarchy of human rankings.

Beyond race, class, or other factors, there is a powerful caste system that influences people’s lives and behavior and the nation’s fate. Linking the caste systems of America, India, and Nazi Germany, Wilkerson explores eight pillars that underlie caste systems across civilizations, including divine will, bloodlines, stigma, and more. Using riveting stories about people—including Martin Luther King, Jr., baseball’s Satchel Paige, a single father and his toddler son, Wilkerson herself, and many others—she shows the ways that the insidious undertow of caste is experienced every day. She documents how the Nazis studied the racial systems in America to plan their out-cast of the Jews; she discusses why the cruel logic of caste requires that there be a bottom rung for those in the middle to measure themselves against; she writes about the surprising health costs of caste, in depression and life expectancy, and the effects of this hierarchy on our culture and politics. Finally, she points forward to ways America can move beyond the artificial and destructive separations of human divisions, toward hope in our common humanity.

Beautifully written, original, and revealing, Caste: The Origins of Our Discontents is an eye-opening story of people and history, and a reexamination of what lies under the surface of ordinary lives and of American life today. 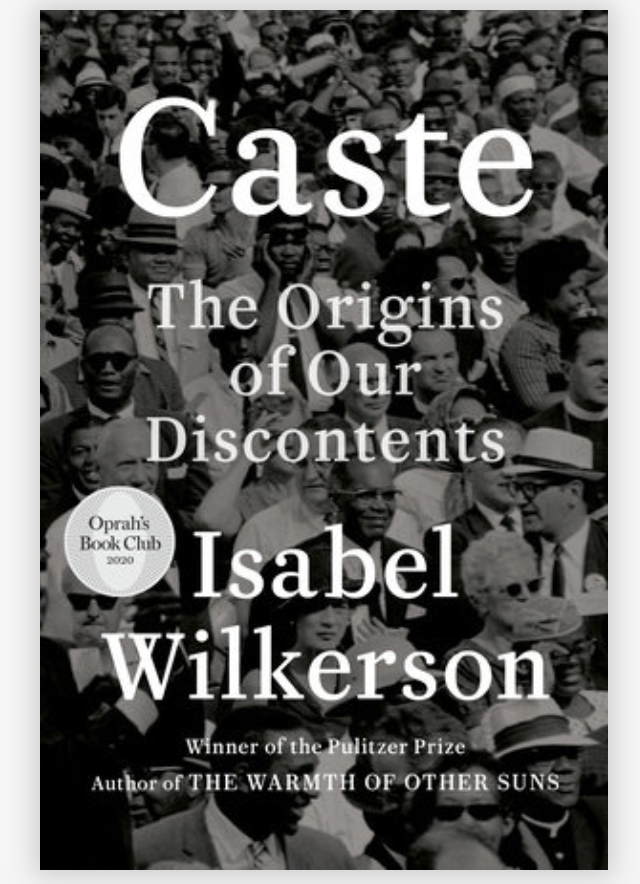 THE END OF EVERYTHING (Astrophysically Speaking) by Katie Mack: From one of the most dynamic rising stars in astrophysics, an accessible and eye-opening look at five ways the universe could end, and the mind-blowing lessons each scenario reveals about the most important concepts in cosmology.

We know the universe had a beginning. With the Big Bang, it expanded from a state of unimaginable density to an all-encompassing cosmic fireball to a simmering fluid of matter and energy, laying down the seeds for everything from black holes to one rocky planet orbiting a star near the edge of a spiral galaxy that happened to develop life as we know it. But what happens to the universe at the end of the story? And what does it mean for us now?

Dr. Katie Mack has been contemplating these questions since she was a young student, when her astronomy professor informed her the universe could end at any moment, in an instant. This revelation set her on the path toward theoretical astrophysics. Now, with lively wit and humor, she takes us on a mind-bending tour through five of the cosmos’s possible finales: the Big Crunch, Heat Death, the Big Rip, Vacuum Decay (the one that could happen at any moment!), and the Bounce. Guiding us through cutting-edge science and major concepts in quantum mechanics, cosmology, string theory, and much more, The End of Everything is a wildly fun, surprisingly upbeat ride to the farthest reaches of all that we know. 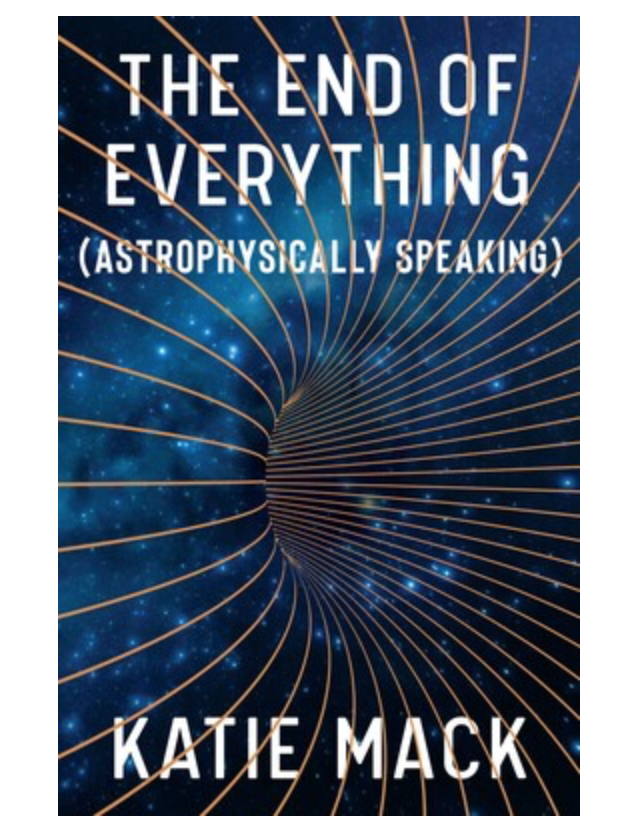 *Lead in with the  Kobo Libre H20 eReader (photo credit: Libby Roach). Why we love this one?