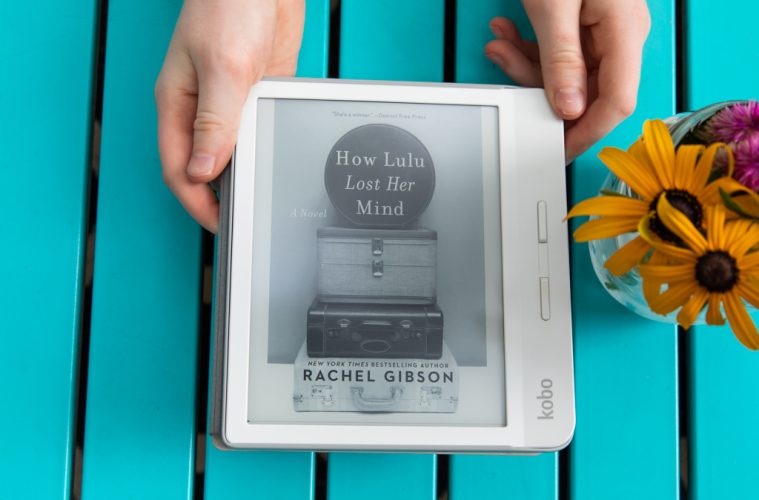 Editors’ Picks: 5 books to dive into this August

Summer reading gives us a chance to catch our breaths. The stories often inspire, entertain and move us. We love when books make us feel something. Whether it’s a delicious beach read or a story that challenges our way of thinking – it’s all good. It’s a break that recharges and refuels. We know what it’s like to sink into a good read and with some additional time on our side, let’s get to it. No mask required. Here are five books on our list to read this month. 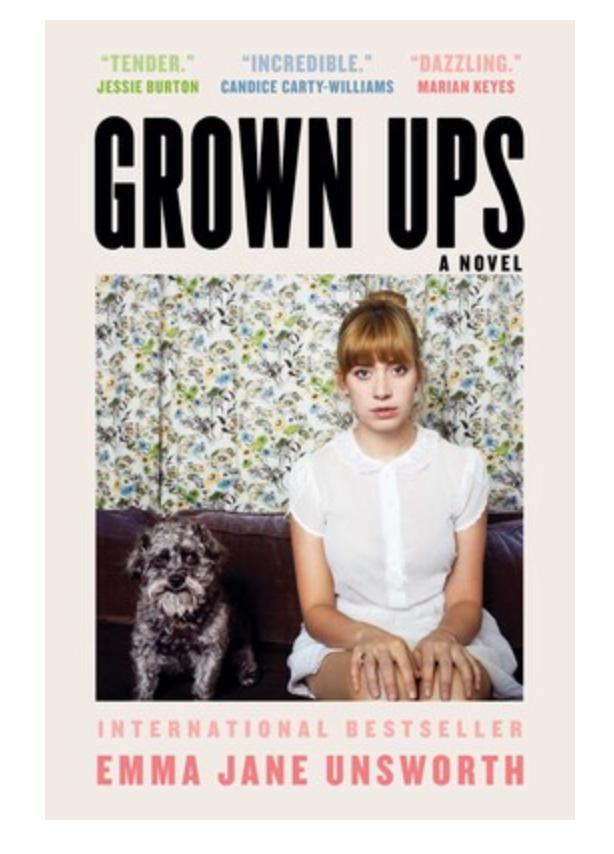 GROWN UPS by Emma Jane Unsworth: Fleabag meets Conversations with Friends in this brutally honest, observant, original novel about a woman going through a breakup…but really having more of a breakdown.

Synopsis: Jenny McLaine’s life is falling apart. Her friendships are flagging. Her body has failed her. She’s just lost her column at The Foof because she isn’t the fierce voice new feminism needs. Her ex has gotten together with another woman. And worst of all: Jenny’s mother is about to move in. Having left home at eighteen to remake herself as a self-sufficient millennial, Jenny is now in her thirties and nothing is as she thought it would be. Least of all adulthood.

Told in live-wire prose, texts, emails, script dialogue, and social media messages, Grown Ups is a neurotic dramedy of 21st-century manners for the digital age. It reckons with what it means to exist in a woman’s body: to sing and dance and work and mother and sparkle and equalize and not complain and be beautiful and love your imperfections and stay strong and show your vulnerability and bake and box…

But, despite our impossible expectations of women, Emma Jane Unsworth never lets Jenny off the hook. Jenny’s life is falling apart at her own hands and whether or not she has help from her mother or her friends, Jenny is the only one who will be able to pick up the pieces and learn how to, more or less, grow up. Or will she? 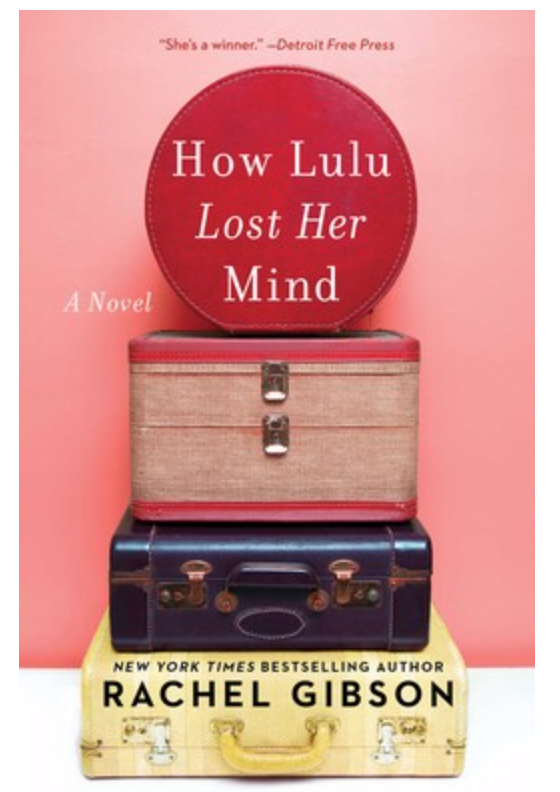 HOW LULU LOST HER MIND by Rachel Gibson: A story of a mother-daughter journey to rediscover the past before it disappears forever.

Synopsis: Lou Ann Hunter’s mother, Patricia, has always had a passionate nature, which explains why she’s been married and divorced five times and spooned enough male patients to be ousted from three elderly care facilities. She also has Alzheimer’s, which is why she wants to spend the rest of her life surrounded by childhood memories at Sutton Hall, her family’s decrepit plantation home in Louisiana.

Lou Ann, a.k.a. Lulu the Love Guru, has built an empire preaching sex, love, and relationship advice to the women of America—mostly by defying the example her mother has set for her. But with Patricia suddenly in need of a fulltime caretaker, Lou Ann reluctantly agrees to step out of the spotlight and indulge her mother’s wishes, even if it means trading in her Louboutins and Chanel N°5 for boots and mosquito repellant.

Upon her arrival at Sutton Hall, Lou Ann discovers that very little functions as it should—least of all Patricia’s mind. And as she adjusts to this new and inevitably temporary dynamic with the help of a local handyman and a live-in nurse, she is forced to confront the reality that neither her nor her mother’s future is going according to plan.

Heartrending at times and laugh-out-loud funny at others, How Lulu Lost Her Mind is the book for everyone and their mother. 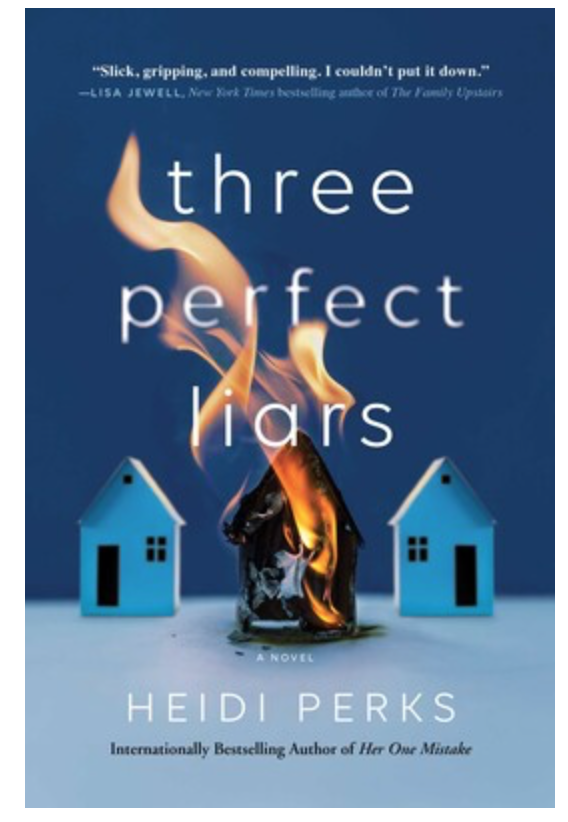 THREE PERFECT LIARS by Heidi Perks: a riveting new suspense novel about three ambitious women whose lives are turned upside down in the aftermath of a horrifying fire, which destroys a successful advertising agency and threatens to expose a tangled web of lies.

Synopsis: Laura has returned to work at Morris and Wood after her maternity leave, only to discover that the woman she brought in to cover for her isn’t planning on going anywhere. Despite her close relationship with the agency’s powerful CEO, Harry Wood, she feels sidelined—and outmaneuvered—as she struggles to balance the twin demands of work and motherhood.

Mia was only supposed to be a temporary hire at Morris and Wood, but she’s managed to make herself indispensable to everyone. Everyone, that is, except Laura. If people only knew why she was so desperate to keep her job, they might not want her to stay.

Janie gave up everything to support her husband and the successful agency he runs. But she has her own dark secret to protect…and will go to any lengths to keep it safe. 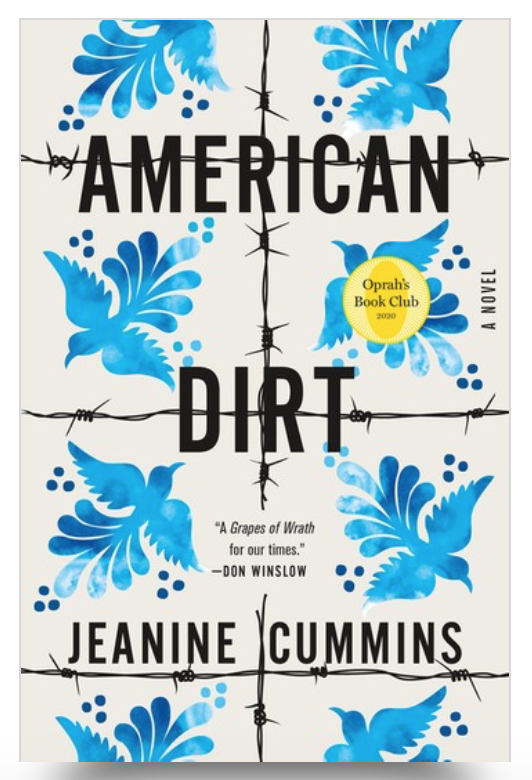 AMERICAN DIRT by Jeanine Cummings: As recommended by several of our readers this is the story of our times.

Synopsis: Lydia Quixano Pérez lives in the Mexican city of Acapulco. She runs a bookstore. She has a son, Luca, the love of her life, and a wonderful husband who is a journalist. And while there are cracks beginning to show in Acapulco because of the drug cartels, her life is, by and large, fairly comfortable.

Even though she knows they’ll never sell, Lydia stocks some of her all-time favorite books in her store. And then one day a man enters the shop to browse and comes up to the register with a few books he would like to buy—two of them her favorites. Javier is erudite. He is charming. And, unbeknownst to Lydia, he is the jefe of the newest drug cartel that has gruesomely taken over the city. When Lydia’s husband’s tell-all profile of Javier is published, none of their lives will ever be the same.

Forced to flee, Lydia and eight-year-old Luca soon find themselves miles and worlds away from their comfortable middle-class existence. Instantly transformed into migrants, Lydia and Luca ride la bestia—trains that make their way north toward the United States, which is the only place Javier’s reach doesn’t extend. As they join the countless people trying to reach el norte, Lydia soon sees that everyone is running from something. But what exactly are they running to? 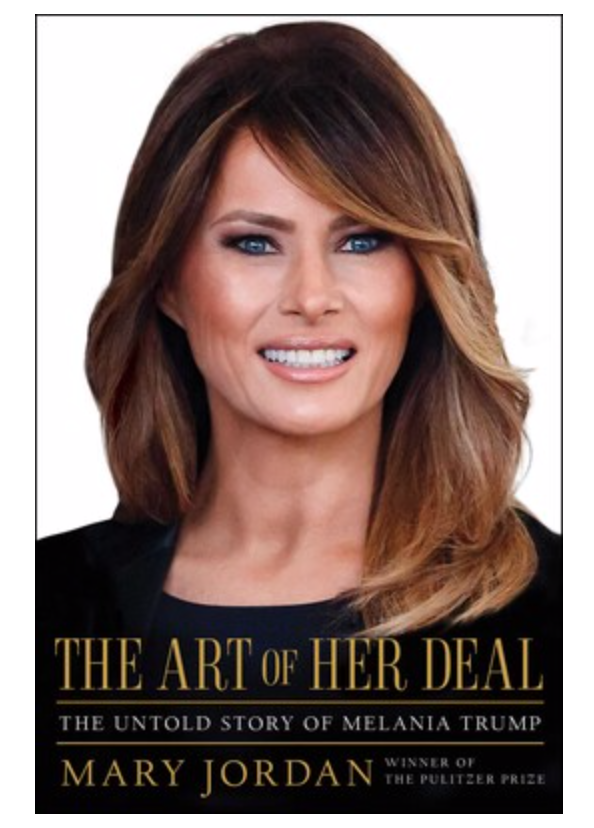 THE ART OF HER DEAL by Mary Jordan: We’re curious about Melania Trump and how she can possibly live with you know who. This revelatory biography of Melania Trump from Pulitzer Prize–winning Washington Post reporter Mary Jordan “deftly, and without agenda, decodes Melania [Trump]” (NBC News) who is far more influential in the White House than most people realize.

Based on interviews with more than one hundred people in five countries, The Art of Her Deal: The Untold Story of Melania Trump draws an unprecedented portrait of the first lady. While her public image is of an aloof woman floating above the political gamesmanship of Washington, behind the scenes Melania Trump is not only part of President Trump’s inner circle, but for some key decisions, she has been his single most influential adviser.

Throughout her public life, Melania Trump has purposefully worked to remain mysterious. With the help of key people speaking publicly for the first time and never-before-seen documents and tapes, The Art of Her Deal looks beyond the surface image to find a determined immigrant and the life she had before she met Donald Trump. Mary Jordan traces Melania’s journey from Slovenia, where her family stood out for their nonconformity, to her days as a fledgling model known for steering clear of the industry’s hard-partying scene, to a tiny living space in Manhattan she shared platonically with a male photographer, to the long, complicated dating dance that finally resulted in her marriage to Trump. Jordan documents Melania’s key role in Trump’s political life before and at the White House, and shows why he trusts her instincts above all.