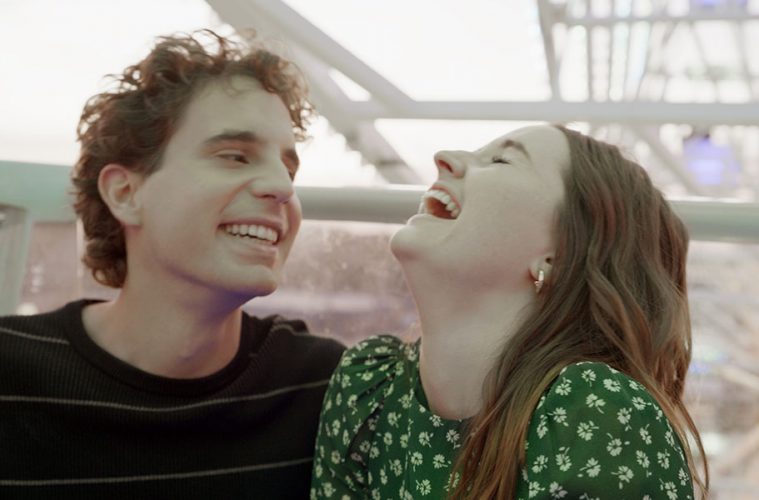 I remember seeing Dear Evan Hansen the musical. I laughed and cried. I was happy and sad. My emotions were on a roller-coaster. The musical was created for anyone and everyone who ever felt like they were alone or didn’t quite fit in — and let’s face it, most of us have at that feeling at some point in our lives.

Dear Evan Hansen made headlines right out of the gate when it first hit Broadway in 2016. It became a smash hit consistently selling out night after night during its run. The musical also spawned a Canadian production that was remarkable and should have had a much longer run than it did. It was fast paced, funny, and relevant for today’s social media savvy generation. I remember thinking that I had wished more people could see it. Given the prices of live theatre here it wasn’t necessarily attainable for many — that is, if they could even nab a ticket at all. Hitting the big screen would be the most logical way to get this worthy story to be seen.

Evan Hansen (Ben Platt) is a high school senior who has an anxiety disorder and is socially awkward in all ways. His therapist suggests he writes daily notes to himself to help boost his confidence. Each letter started like this…

Dear Evan Hansen, Today is a….

Unfortunately he crosses paths with a bully in the school yard, an outlier himself, that doesn’t end well. After accidentally finding one of Evan’s notes, Connor (Colton Ryan) sets off on a rampage and takes the note with him. In that note were Evan’s private thoughts that involve Connor’s sister Zoey (Kaitlyn Dever).

Connor goes off the deep end and commits suicide. The note was found on his body making others assume that these were his final thoughts and words meant for Evan to see. Connor’s parents (Amy Adams and Danny Pino) reach out to Evan in hopes of learning more about their son and finding comfort that he presumably had at least one good friend  he confided with.

What ended up happening was a misunderstanding and a lie that spiralled quickly out of control with the help of his family friend Jared (Nik Dodani).  Fuelled by the need to find a connection and comfort Evan suddenly felt a sense of belonging and purpose. 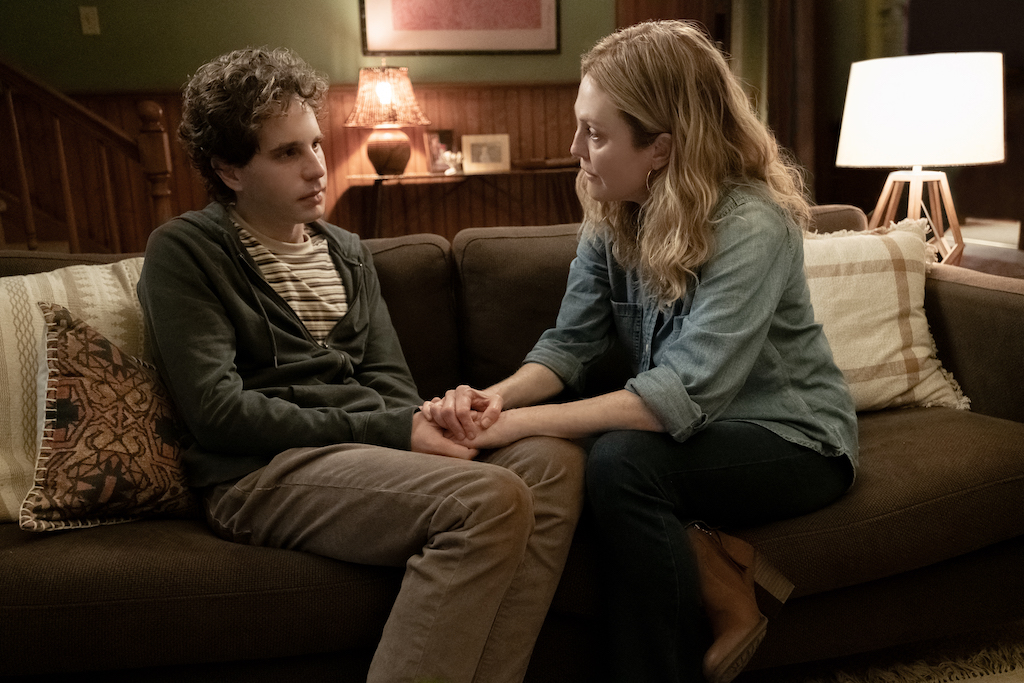 Suddenly, Connor’s life became a model for the unseen and Evan was at the helm of telling his story. He grew quickly in popularity after a speech he had made at a school assembly in memory of his “friend”. The speech went viral on social media with millions sharing around the world. What could go wrong? After all, what happened was giving hope to those who felt lost. Connor wasn’t going to come back to tell the truth and no was was really getting hurt in the process.

One aspect of the storyline that I found interesting in both the live musical production and the film are the “bandwagon” fringe people. Those who claim their association with the deceased for their own missions and purposes. There was the outspoken school leader Alana (Amandla Stenberg) who started fundraising campaign and others who posted images professing their friendships but in actual fact didn’t really know Connor at all. Relation by association is a fascinating look at self importance and belonging.

The film stars Ben Platt in the lead role of Evan and if you’ve been following the months of coverage leading up to the film’s release you’ve probably noticed the controversy. Platt played this role in the original Broadway production and yes, he’s now 37 years old. Is it realistic for him to play a 17 year old? He’s an actor both on screen and on stage. For many who have seen the production, he is still the face of Evan. He can pull off that socially awkward kid and he can sing with all his heart invested into this character. I mean, Robert Markus who played Evan in the Canadian production probably could have pulled off the role as well but we know for the wider American audience, Platt is a real draw along side Julianne Moore playing his mother, Heidi.

While the film may not have the same electrifying feeling as sitting in an audience for a live production it’s still a great one to see — especially if you have teens. The film is not as quick witted as I remembered and the language has been tamed for a wider audience but when Platt sings “You Will Be Found” it still tugged on my heartstrings — yes, I still got teary.

Directed by acclaimed filmmaker Stephen Chbosky (The Perks of Being A Wallflower, Wonder), the film is written for the screen by the show’s Tony winner Steven Levenson with music and lyrics by the show’s Oscar®, Grammy and Tony-winning songwriting team of Benj Pasek & Justin Paul (La La Land, The Greatest Showman).