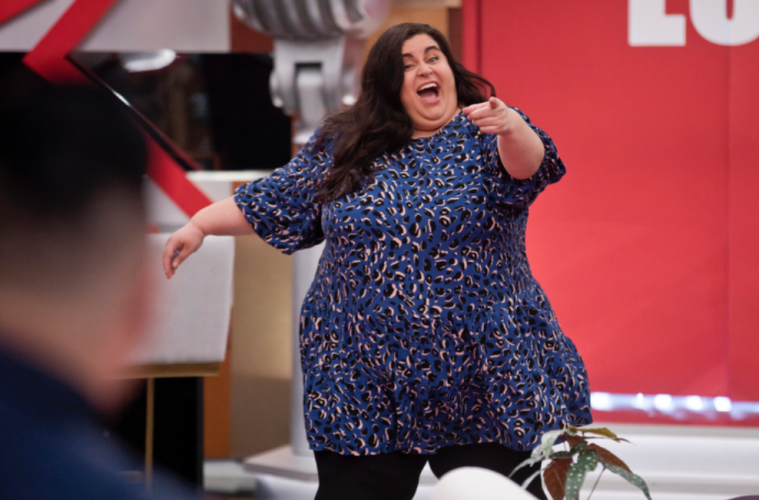 What happens when you throw 10 comedic geniuses together for hours and tell them in order to survive they have to eliminate others by making them laugh, without laughing themselves? That’s the premise of the hilarious new competition series LOL: Last One Laughing (Canada) set to premiere on Prime Video, February 18, 2022.

Jay Baruchel hosts the much-anticipated Canadian version of the international hit comedy series LOL: Last One Laughing, where Canada’s top comedic talents face-off in a six-hour wacky competition. The comedian who doesn’t break a smile and outlasts their competitors wins the grand prize of $100,000 for their charity of choice. The series uses over thirty cameras to catch all of the deranged hijinks during the unpredictable competition as the all-star cast bring their various styles to the table, including stand-up, musical performance, improvisational, and physical comedy, among others.

I had a super fun opportunity, and honour,  to interview the amazing comedian, Debra DiGiovanni recently to learn more…

Sonya: OMG! I got a sneak peek at the first episode! I was tearing up. It was hilarious!!!

Debra: AHHH! Good! That’s what we want. We want you to be killing yourself from the start. There’s a lot of funny in the show. It’s the best of the best in Canadian talent. I’d be surprised if you weren’t laughing.

Sonya: Did you have a strategy going in?

Debra: Goodness, no! I mean, I did…but it all went out the window once the cameras turned on! It’s one of those things where you think “oh, I know EXACTLY what is going to happen,” and then it starts. Then, you know, I just wanted to survive! I really do feel now in hindsight I wish I could go back and do it differently. I would have planned all these jokes. I had so many ideas but when you’re in a room with Caroline (Rhea) and Dave (Foley) I was just desperately trying not to laugh. So, I really had the best laid plans, but then it starts and you throw it all out the window!

Sonya: What made you want to put yourself through this kind of torture?

Debra: Because it was fun torture! I knew the show this was based on (The Australian version of LOL was very popular) so I knew it was just truly based on fun. I knew it wasn’t going to be anything mean spirited. I just knew it was really going to be just like hanging out with a bunch of comics. That’s really all we want to do anyway.

Sonya: What was the hardest rule you had to follow on LOL?

Debra: No smiling was tricky! It wasn’t just that you couldn’t laugh but no smiling? No showing teeth, what? That was very hard. I actually didn’t expect that. No smirking. No grinning. They were dead serious. It was so cold blooded! It was straight faces and no laughter. That was tricky but other than that, everything else was a free for all. There wasn’t a ton of rules. There was no censoring it was just goooo and so we just went! It’s what every comic dreams of. No rules. No censors. No boundaries. Oh gosh, that’s our dream right there! 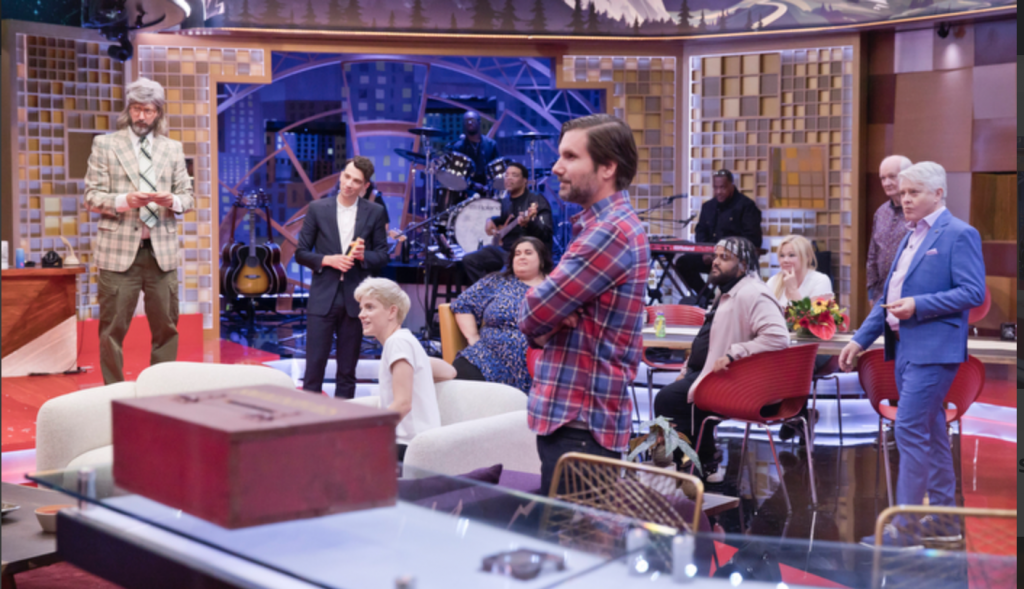 Sonya: That’s also what is great about this airing on Prime Video, right? There’s more freedom with creativity.

Debra: Absolutely! A lot of the times when you’re working for a network and it showing at eight o’clock at night, it’s got to be family friendly, you know? But again, no one was ridiculous. When you don’t have to censor yourself it’s freedom. You’re not thinking of what you’re not allowed to say and that just makes things a little easier. No one was rude on the show. I mean, you’re not going to have to cover your kid’s eyes but it is still everyone just being themselves. Everyone was natural and didn’t have to worry about an F-bomb slipping out.

Sonya: Would you say there was more pressure being in a room full of comics than in front of your average public crowd?

D: Yes!  I think as comedians our real goal is to make other comedians laugh. Yes, we want the crowds to laugh but if there’s another comic in the room, you want THAT person to be laughing. That’s basically what this is. A bunch of funny people trying to out funny each other and that’s a whole different thing. Obviously, when you’re on stage as a stand up doing sketch you want response but making other comedians laugh is the pinnacle. That’s what we all want to happen. Going up against each other and trying to make each other laugh, but not laughing. It’s tricky. It’s fun but it’s also not as easy as you would think. 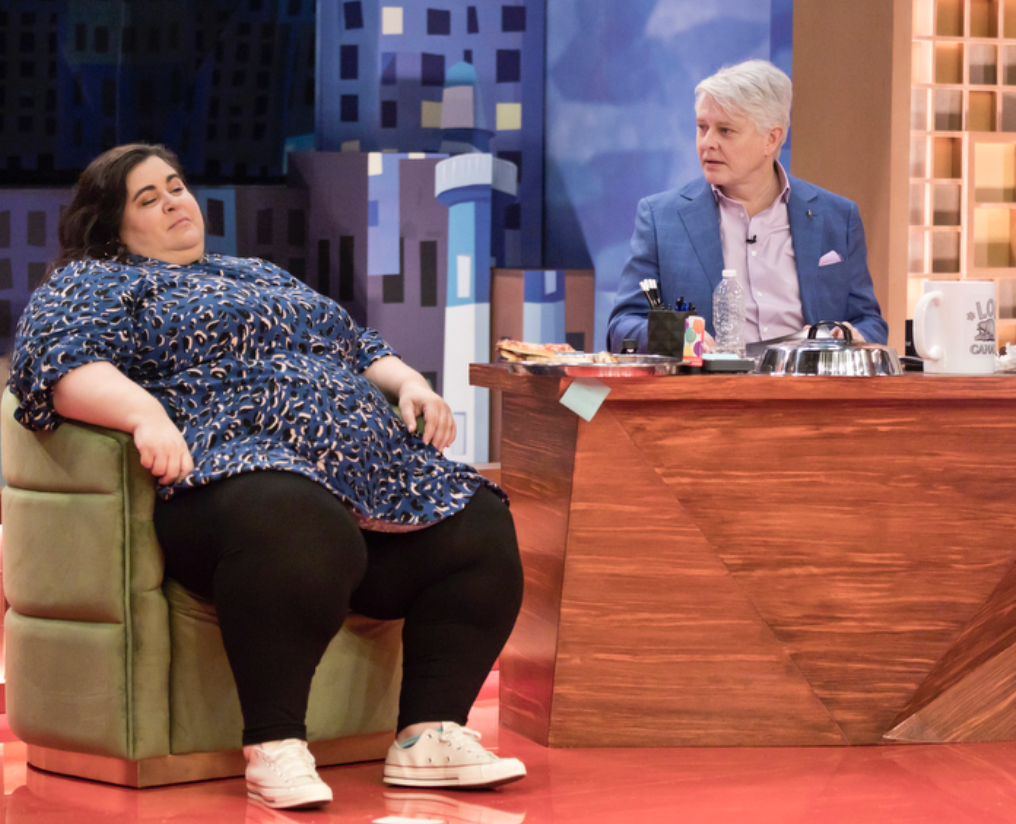 Sonya: I always love seeing comedians crack each other up and trying to hold back the laughter. So, how do you stop yourself from laughing?

Debra: ahhahhahahha…I’m not successful.  For me, it was a lot of just focusing on my hands. Breathing. Not looking at Colin Mochrie too much because everything he does makes me laugh. He’s just has one of those faces. One look and I laugh. I tried to avoid Colin.

We were told that no one was allowed to just get up and go stand in a corner or turn their back to the crowd. That would have been my number one thing to do. I thought, “if I could just wait it out in a dressing room or something,” but no. You just kind of bite your lip or your inner cheek, take a breath and focus on your feelings as much as you can. I felt like I was trying not to laugh more than I was trying to make others laugh. 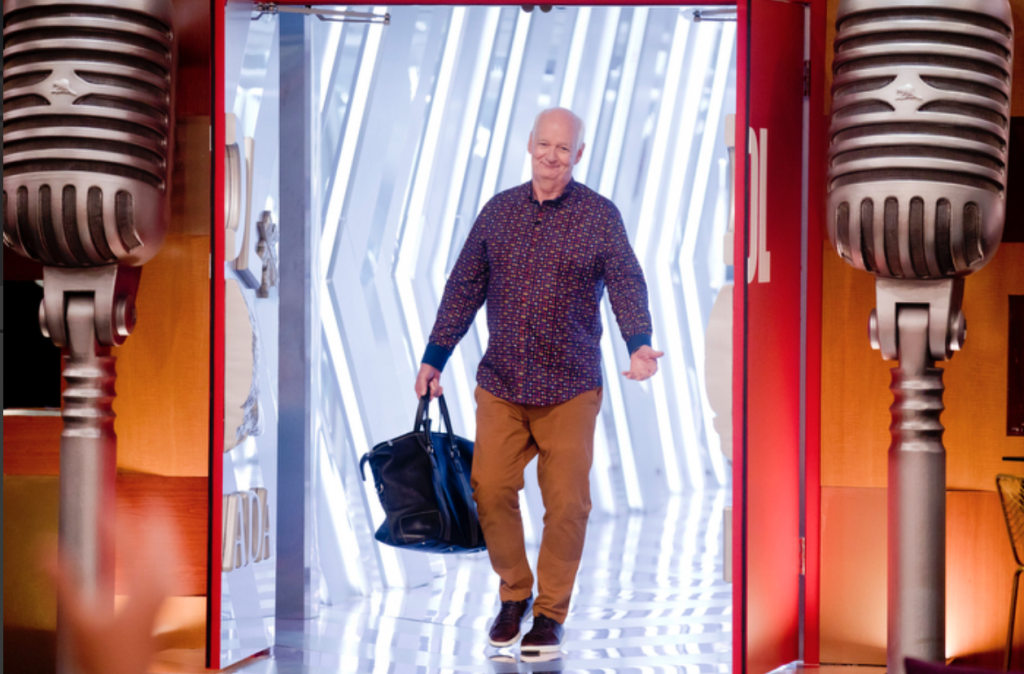 Sonya: It’s a lot of thinking, I don’t think I could do that!

Sonya:  We understand that each comedian is playing for a charity so can you tell us about your charity of choice, the National Eating Disorder Information Centre  (NEDIC)?

Debra: Yes! It’s a cause that’s near and dear to my heart. I have struggled with eating disorders all my life so it’s really nice to be able to have the opportunity to give $100,000 to the charity of our choice. You don’t get a chance like that often in life. Eating disorders are getting louder now especially during the pandemic. The number of young people affected have sky rocketed so the timing felt right especially because it’s something I’ve been working on in the last five years. I felt really grateful to have that chance to support it. You know, it affects way more people than we realize. Especially young people and, I read, even as early as the age of ten.  It can be really debilitating. It’s something that people grow up with and it affects how you are formed as a human. I’d love to save a bunch of young people from having to go through that. It’s a great charity and I’m happy to be able to support them .

For more information about the organization link here: www.nedic.ca

Thank you Debra for taking the time to chat!

Here’s the official trailer for LOL: Last One Laughing Canada..