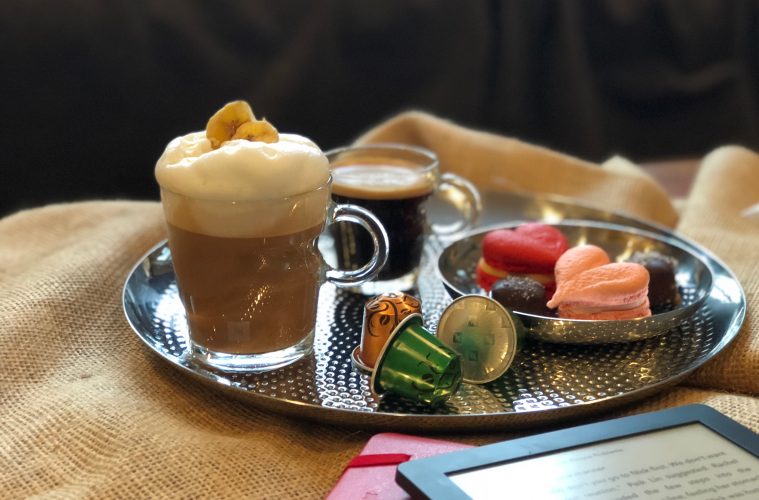 Coffee culture is interesting. Depending on where you are in the world the beverage is consumed in different ways. It’s more common here in North America for many of us to start our day with a brew and enjoy it with our breakfast. Sometimes it IS breakfast. No judging here. In other cultures it’s also part of rituals and customs. Here in our series “Coffee Diary” we will explore the many aspects, roasts and recipes that offer us insight as well as expand our interest in the noble bean.

We should mention that often we will discover this information through our own passion and research. However, other times, we’ll share what we’ve learned through opportunities from attending workshops or meeting with people in the industry. We like to get right to the source.

Recently Nespresso revealed limited edition roasts based on mythical stories of where coffee originated. This really caught our attention.

The Myth of Arabica: The Curious Goats

In the ancient highlands of Ethiopia is where the ancient story of Kaldi begins. The young goat herder sat in the shade one afternoon and watched over his creatures. In the heat of the day, he drifted off to sleep and left his goats to wander off into the wild. When Kaldi woke up from his nap and realized his goats were gone, he went searching for them. Meanwhile the goats had discovered red cherry fruit in the bushes and at them. Kaldi found them dancing around the mysterious bushes and picked a cherry and at it too. He felt the joy and joined in the dance with his goats.

A passing monk was extremely suspicious of the situation and decided to burn the cherries but soon after he toss them in the flames, a delicious aroma surrounded him. He quickly brushed the beans out of the fire, crushed them up and combined them with water and made this drink now known as Arabica coffee.

The Myth of Robusta: The Unity Bond

Now known as Uganda, the alleged birthplace of the precious Robusta beans are part of a sacred ritual that united families in the land of Buganda. The story tells us that a single coffee cherry would be split and two people would each eat one of the the two beans found on the inside. Symbolically, this connected the two families and their descendants for eternity.

While I lean towards having these particular roasts clean without any additions, I found this recipe a great one for entertaining and for those who really enjoy their cappucinos. You can find the coffee syrups in specialty stores. The recipe is easy to recreate and no kidding…that Aeroccino milk frother hubby gave me one Valentine’s has come in super handy!

Both roasts for the Original line are now available for a limited time.

ACCESSORIES SHOWN: Swiss design studio atelier oi are the latest to work with the coffee company. Inspired by traditional African coffee ceremonies, the patterns of the stainless steel trays are reminiscent of century-old artisan craftsmanship and techniques in steelwork. Small and medium size trays are available in boutiques and online. 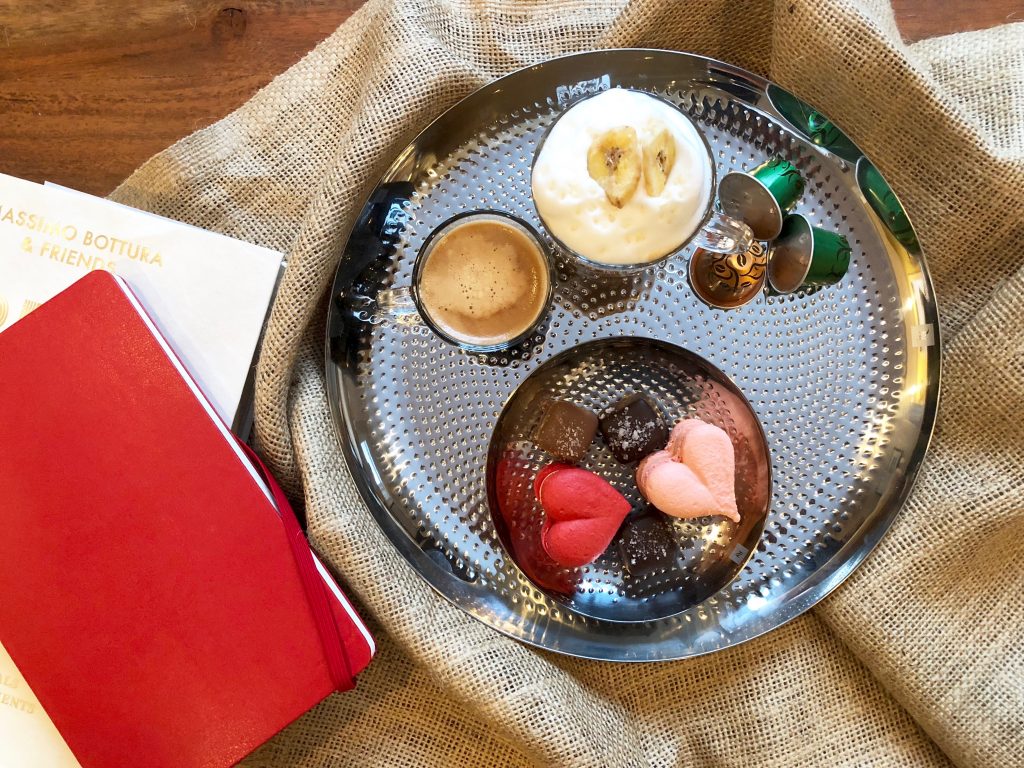 Prepare some milk froth. Mix the syrup with the froth and stir gently. Pour the froth into a cappuccino cup. Pour an espresso (40 ml). Place a few banana chips on top and sprinkle some sesame seeds.