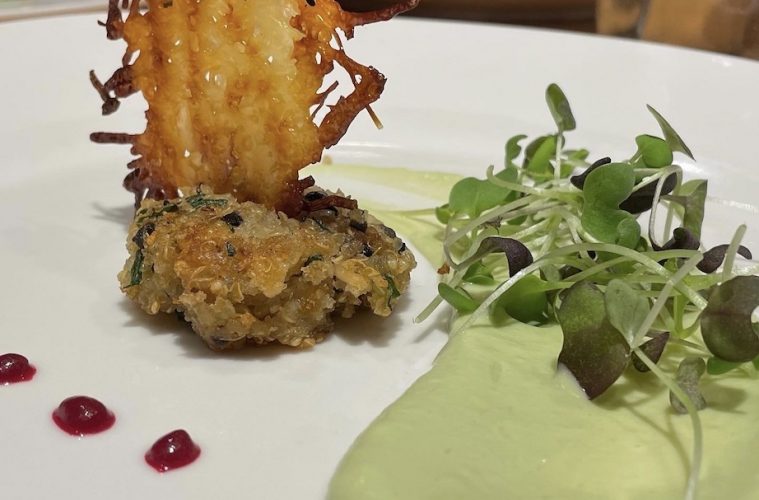 When I recently was invited to a special cooking event with Aboriginal TV Chef David Wolfman, I jumped at the chance to learn from one of our country’s most respected chefs. Ahead of the National Day for Truth and Reconciliation, Chef Wolfman opened my eyes to another horrific experience the children of residential schools had faced — nutrition.

At the event he explained how not only were the children taken away from their families but the food they were accustomed to eating were also denied. The residential school children were human experiments with what they were fed without their parental consent or knowledge of the Indigenous communities. Children were malnourished and became ill –many resulted in death. The experiments had a direct connection to shaping the Canada’s Food Guide.

“Food was used as a weapon in the residential school system as well as a weapon of colonization,” said Chef Wolfman. “Children also lost access to traditional foods and experienced food insecurities like hunger.”

Chef Wolfman also explained how the children also lost out on valuable teachings passed down from generations before them.  From sacred and honoured gathering, learning to proper hunting and fishing skills within their communities — generations were impacted in so many ways.

Now he’s committed to involving youth and doing his part in bringing the new generation back into the fold — including this event where we cooked along side aspiring young chefs. 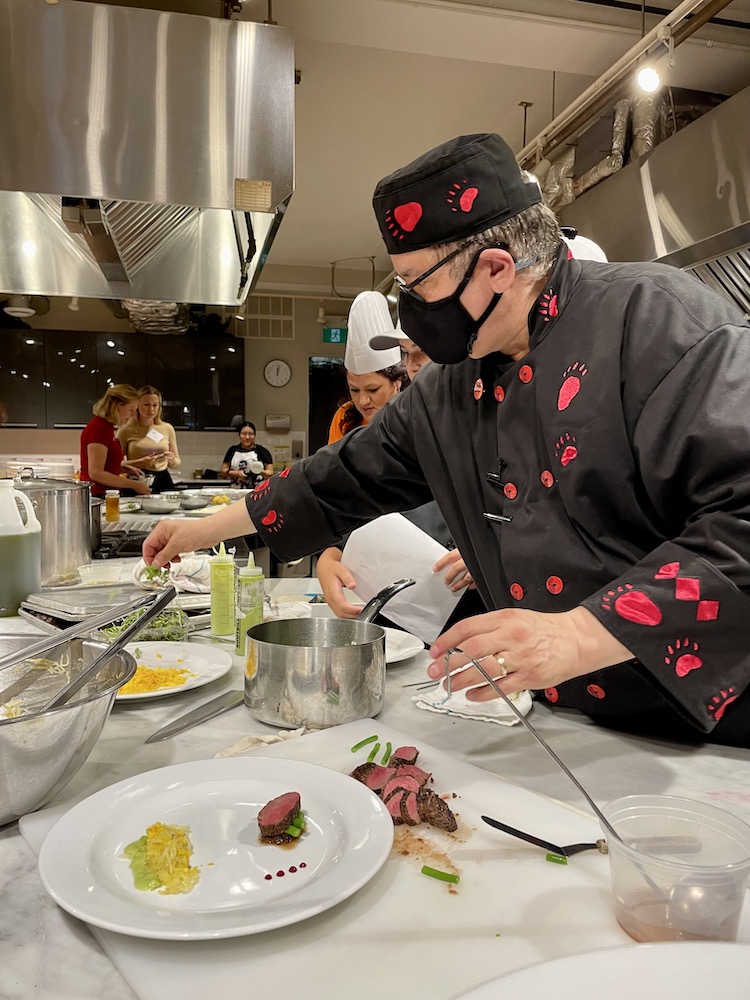 At the event, four main dishes were prepared by guests under the guidance of Chef David Wolfman. Many of the ingredients used in the dishes were, and still are, native to the lands on which Indigenous communities thrived on for many generations.

The intimate cooking event took place at DISH cooking studio to honour over 150,000 Indigenous children — the survivors, and the living and dead, who attended the residential schools.

With permission from Chef David Wolfman to share, this recipe is one that I will be making at home for my family as we continue to do our part to keep the discussions and learning going. 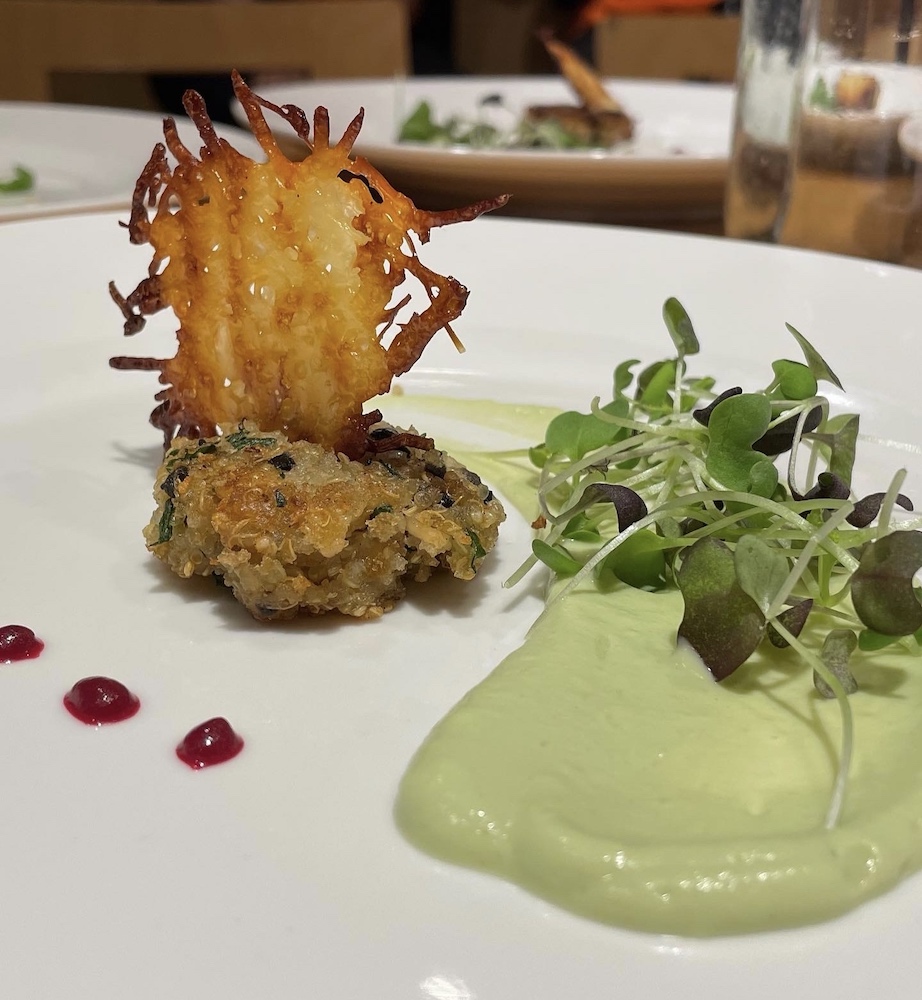 1.Bring the broth to a boil in a large pot. Add the quinoa and simmer, covered over very low heat until the broth is absorbed and the quinoa is tender (about 15-20 minutes). Transfer the cooked quinoa to a shallow bowl to cool.

2.Mash the beans with a fork or potato masher in a large bowl. Add the minced garlic, thyme, 1 tsp salt, 1/2 tsp black pepper, and stir with a fork to combine.

3.Add the breadcrumbs, eggs, parsley, olives and cooled quinoa and stir to combine.

4.Using a 1/4 measuring cup, pack the mixture in level, and press mixture. Turn out onto table and reform them into patties for a total of 30 patties. Transfer patties to a parchment paper-lined baking sheet.

5.Heat oil in a skillet until shimmering hot. Carefully add a batch of 6 patties at a time to the pan and cook until browned on each side, flipping each once only (about 5 minutes). Transfer to a paper towel-lined plate to drain. Repeat this step with the remaining batches, and adding additional oil as needed. Set aside.

Divide shredded cheese into 30 small mounds on a parchment paper-lined baking sheet and bake for 5 minutes or until golden brown. Slide cheese while still on parchment paper onto a cooling rack. Set aside.

On each plate, smear some creamy avocado sauce and sprinkle greens on the smear. Then, take a quinoa cake and carefully slice half way through the top. Gently insert a cheese crisp.

TIP: You can also make larger sized quinoa patties and enjoy them as burgers! They are SO good! 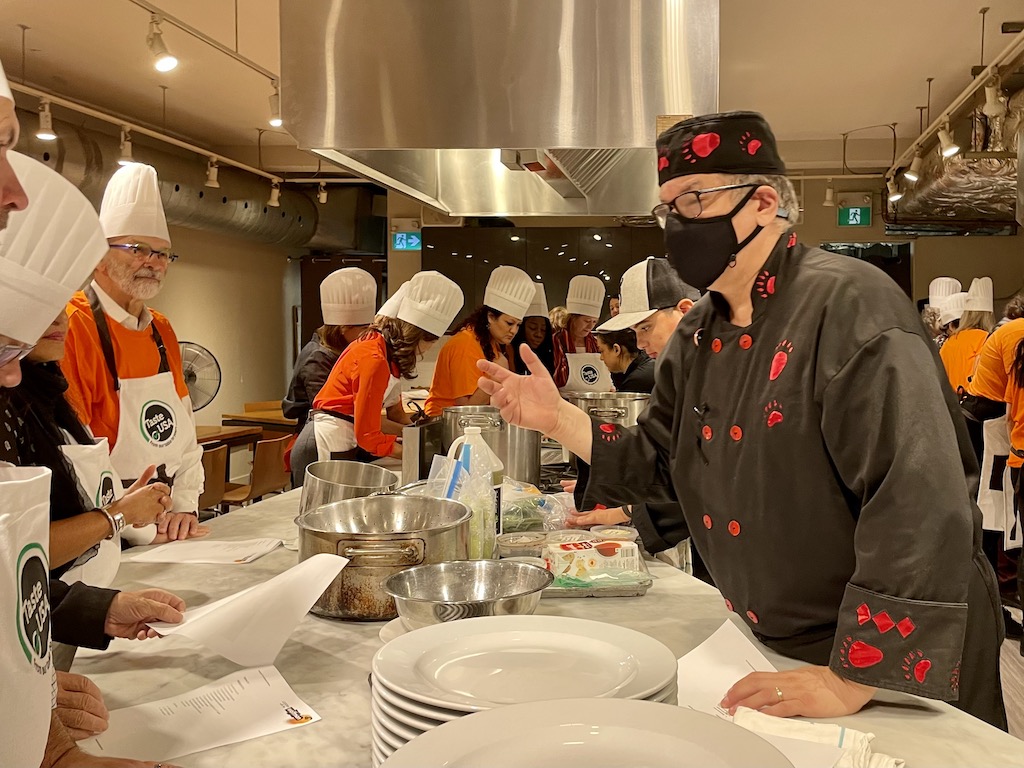 An enthusiastic educator and entertainer, Chef David Wolfman is an internationally recognized expert in wild game and traditional Aboriginal cuisine.  A member of the Xaxli’p First Nation in BC, David Wolfman is a classically trained Chef, Culinary Arts Professor at George Brown College of Applied Arts and Technology in Toronto (for over 20 years now), and Executive Producer and Host of the popular Cooking with the Wolfman™ television program.  This show features David’s signature “Indigenous Fusion:  Traditional Foods with a Modern Twist” and airs on FNX (First Nations Experience) and NativeFlix in the US.  The show aired on APTN (Aboriginal Peoples Television Network) in Canada for 18 years.

A former independent caterer and food service industry head chef, David is the recipient of numerous educational and industry awards including seven Gold Awards in Culinary Olympics, an Excellence Award from the National Institute for Staff and Organizational Development, an Outstanding Achievement Award from the Canadian Council for Aboriginal Business, and a First Place National Healthy Menu Catering Award from Evian.  Chef Wolfman exudes unbridled passion for cooking and sharing his knowledge of Aboriginal culture and is a highly sought after restaurant and menu consultant, cooking demonstrator, conference presenter and youth motivator.  When asked how to cook moose, a bush rabbit or Gateau St. Honoré, the answer is always the same, “very carefully.”

This event was hosted in partnership with TasteUSA and Produce Made Simple. The hands-on cooking event highlighted Indigenous growers, producers, and food businesses on both sides of the U.S. and Canadian border.

To learn more about the Food and Children of Residential Schools, I found this CBC article that offers further insight. Link: The Dark History of Canada’s Food Guide: How experiments on Indigenous Children shaped nutrition policy