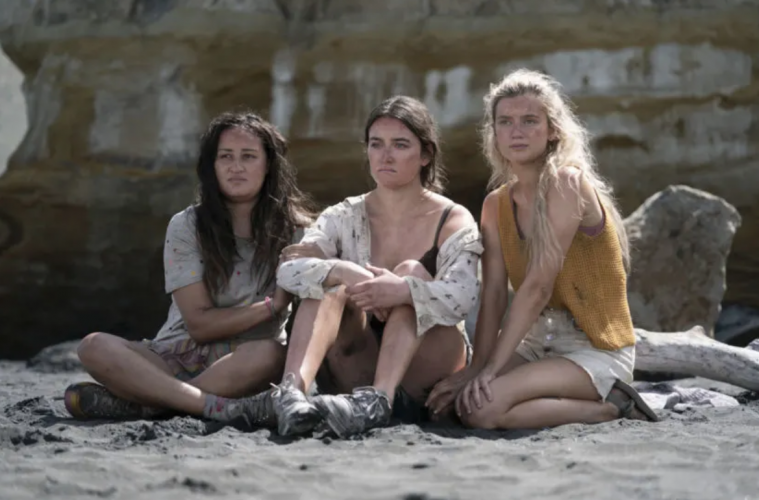 Cast of ‘The Wilds’ leads us into Season 2

Part survival drama, part dystopic slumber party, The Wilds (Prime Video) follows a group of teen girls heading to a female empowerment retreat. Season 1 launched at the end of 2020 and quickly garnered a highly invested audience. Just check out their social media accounts– it’s literally, wild. The eight characters come from across country with different backgrounds who must fight for survival after their plane crashed and stranded them on a deserted island. Some of the young women knew each other prior to the trip but as the season unfolds we see relationships between the characters evolve as they clash, bond and witness how, and what, they learn about each other, the secrets they keep, and the traumas they’ve all endured. There’s just one BIG twist to this thrilling drama…these girls did not end up on this island by accident. They were part of an elaborate social experiment. There was so much to unpack in this coming-of-age survival drama and if you’ve been following this incredible storyline, get ready! The Wilds Season 2 is landing!

In Season 2 (premieres on May 6), survival hangs in the balance for the group of teenage girls stranded on a deserted island, after the explosive discovery of what was really happening. There’s also the introduction of more “test subjects”—another island of teenage boys—who must also fight for survival under the watchful eye of the experiment’s puppet master. Surprised? Maybe not. But what unravels may not be necessarily what you expect. We’ll be keeping an eye on how this group navigates themselves. Will it be different than the girls? 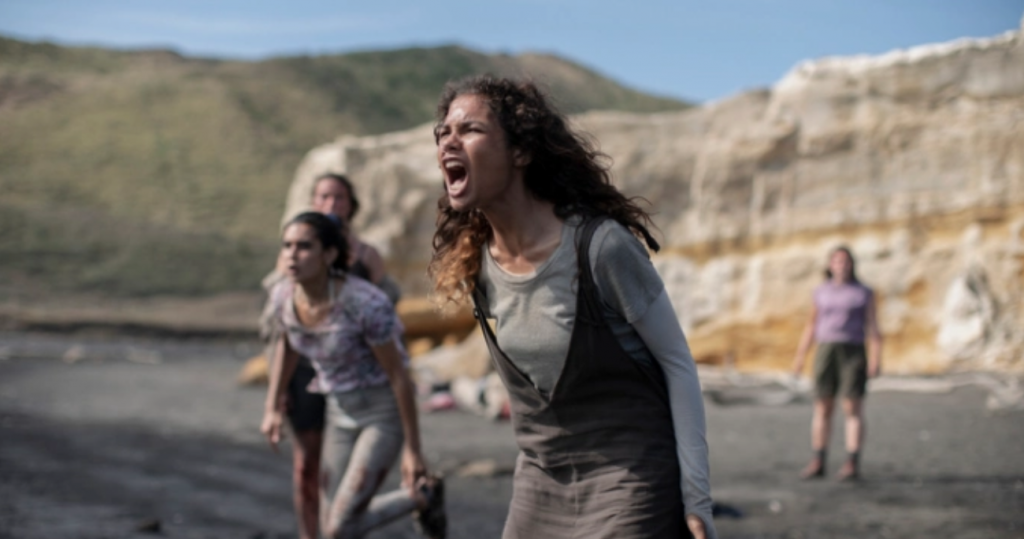 We had the chance to be part of a media round table with two of the lead female teen cast members Sarah Pidgeon (Leah) and Reign Edwards (Rachel) ahead of Season 2’s release to find out where their characters are at and how they are evolving.

Sarah’s character, Leah, was introduced in Season 1 with a complicated relationship with a famous author who is 20 years older.  While the romance was growing, her deeper thoughts were challenged. “I think Leah understands the power of her how mind works in general,” said Sarah. “She grows up a whole lot from her back story in Season 1.  She was dealing with a lot of things for the first time and like all the girls she gets a crash course in life.” As she unpacks these feelings on the island, Sarah tells us she thinks her character comes out on the other side with a lot more power knowing herself a lot better. “She can use that to her advantage. She’s much more of an adult and has more tenacity in life,” said Sarah.

In Season 1, we were also introduced to Reign’s character, Rachel, who had devoted her entire livelihood to competitive sports. Always striving for the best, Rachel understood that all eyes were on her. Everything she did was under the pressure to be an elite star athlete. She believed that every action, contributed to her athletic performance and success. Her struggle with food went beyond calories counts and she was very cautious about how she looks even if it was out of her control. Reign tells us after Season 1, she received many messages from young athletes who could very much relate to her character, especially from young black women.

“How and when our body changes is not always accepted in the sport and it is traumatizing,” said Reign. “We can’t help how our bodies end up forming –that’s all genetics. So, with that experience, there were a lot of people that  connected to Rachel’s eating disorder.”

The trauma of wanting to be at the top of your game while your body naturally going through changes is something you cannot stop.  Reign tells us that she learned that even if you try to do whatever you can to stop your body from growing a certain way, it’s not necessarily going to be the healthiest way. “I was very honoured to bring that story to life for a lot of people. The person that helped me create that for Rachel is one of my closest friends. She actually had the same eating disorder as Rachel. I was able to talk and work with her to learn what different things meant or implied and just the mindset of it. I’m just glad I was able to do it justice,” said Reign.

As Season 2 rolls out we continue to see the characters evolve. For Rachel, it’s a lot about living life away from the constant pressures of a highly regimented life. “Rachel has learned to let life happen in a very abrupt and dramatic way,” said Reign.  “She was so caught up in being strategic because of her diving, but then all of that was taken away from her.”

Is it a bad thing? Reign doesn’t necessarily think so. “She’s learning that life is going to be miserable if she’s going to always try to make life happen in a certain way.”

When the characters find themselves stranded on the island with no outside communication, they get out of a comfort zone and into a space where they have to come face to face to talk and listen. What messaging do they hope viewers will take from that?

“Young people are so connected because of the internet and I think there are some beautiful things that have come out of that,” said Sarah. But, of course, the downside is everyone feels judged online with their social media feeds. “In terms of judgement, I was always taught that when you judge I someone else is what you see in yourself.” In the internet space, and because of the profiles, it’s really easy to come up with ideas just based on photos.  “When you meet people in real life they are often different from what you might have perceived. I hope people get the message to at least try to listen to others.”

Reign adds, “in a time when there’s so much going on in the world and everyone is just battling opinions I think it’s important to remember that we’re all human and we just want to live life. We all just need some love.” She hopes  that by watching the teens in this extreme environment and seeing how they have to learn to become friends with people they might not even consider in normal circumstances would send a powerful message — that is, we all have the power to listen and learn to love.

What do they wish the audience gets out of Season 2?

“I hope fans walk away being super satisfied and entertained, enthralled, and heartbroken,” said Sarah. “That they are so invested in it that they want more …or watch it again. It’s so fun to get wrapped up in something and get lost in it.”

“I always hope that people take from any project that I’m part of is the humanity of people,” said Reign. “That they take the humanity from these kids and apply that to their everyday experiences. We’re all just trying and learning. I think there’s also so much pressure on kids to have everything figured out and to be this perfectionist at times. We don’t have it all figured out…even when you’re older you might not have it all figured out. But life is going to happen and there are some beautiful moments that come from that.”

*this interview was edited for clarity.